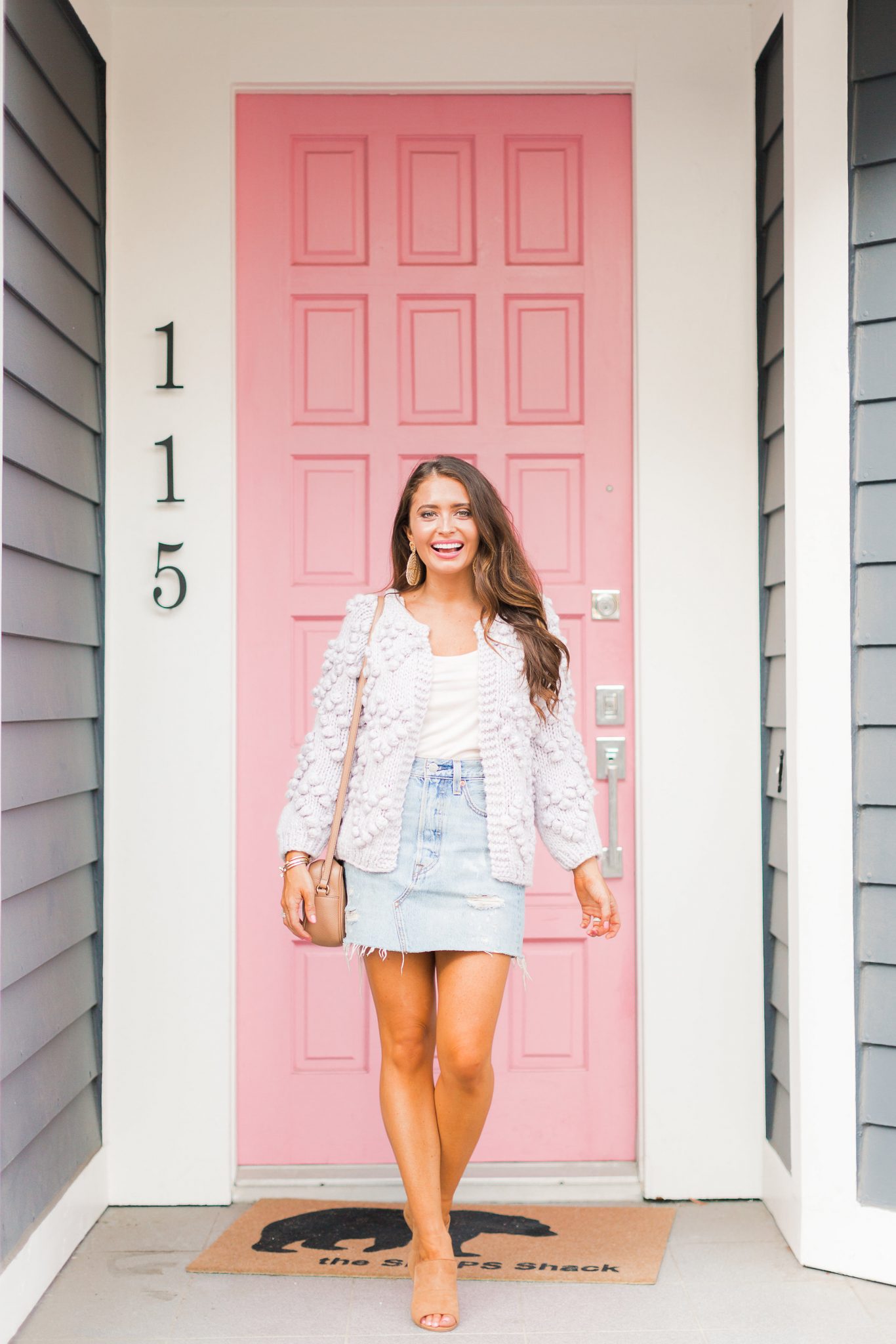 Hi friends! Today I wanted to share three details I look for when shopping for girly styles. Sometimes, okay most of the time, I love dressing like a girly girl. When I was younger, I hated wearing dresses so I’ve really evolved over the years. Recently, I’ve found a lot of feminine styles from Chicwish. If you’ve never shopped there, I’d recommend looking at their size details because I’ve been able to wear XS’s but also S-M’s. I’ll also include the size I’m wearing in each outfit to help! 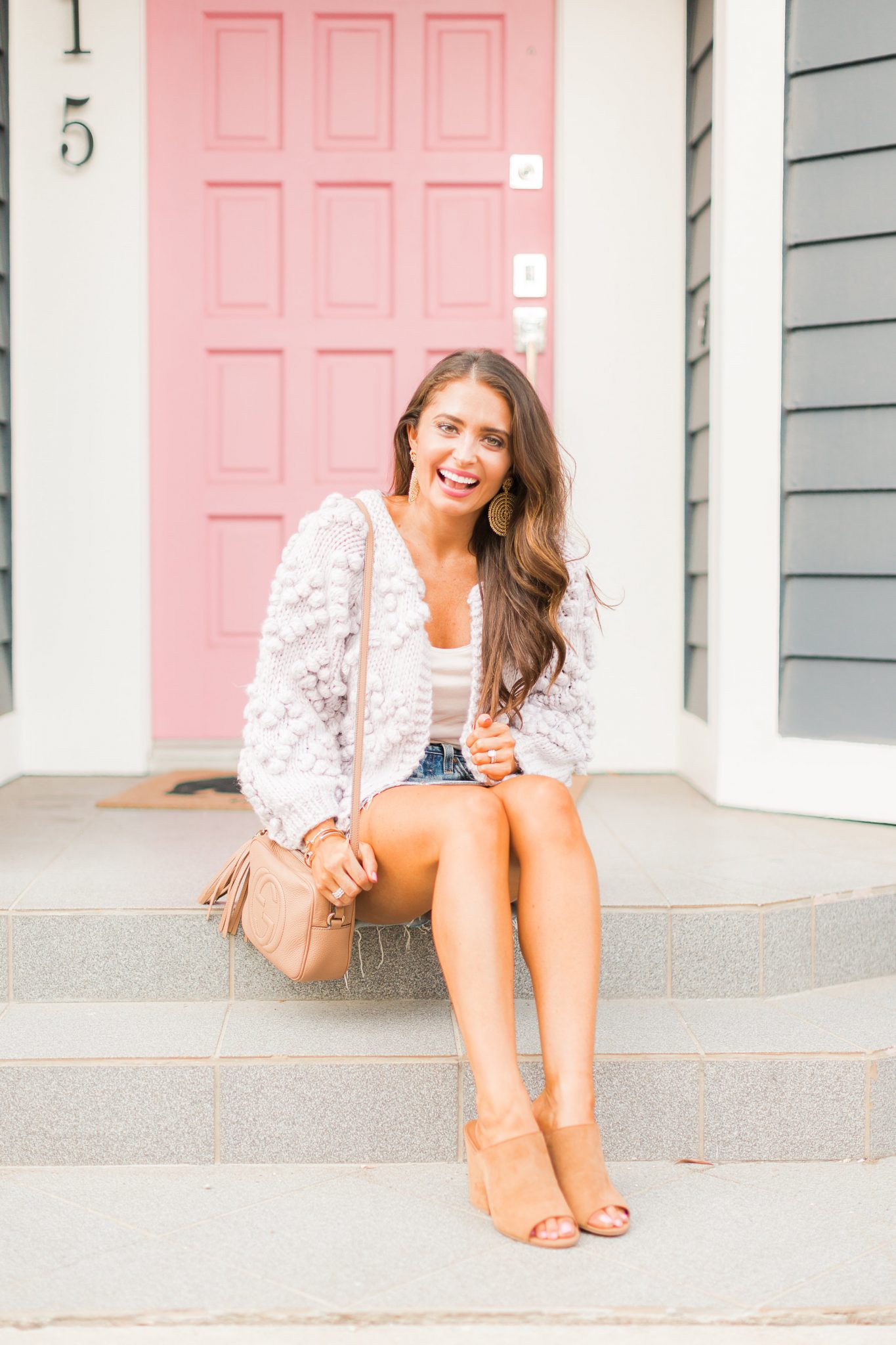 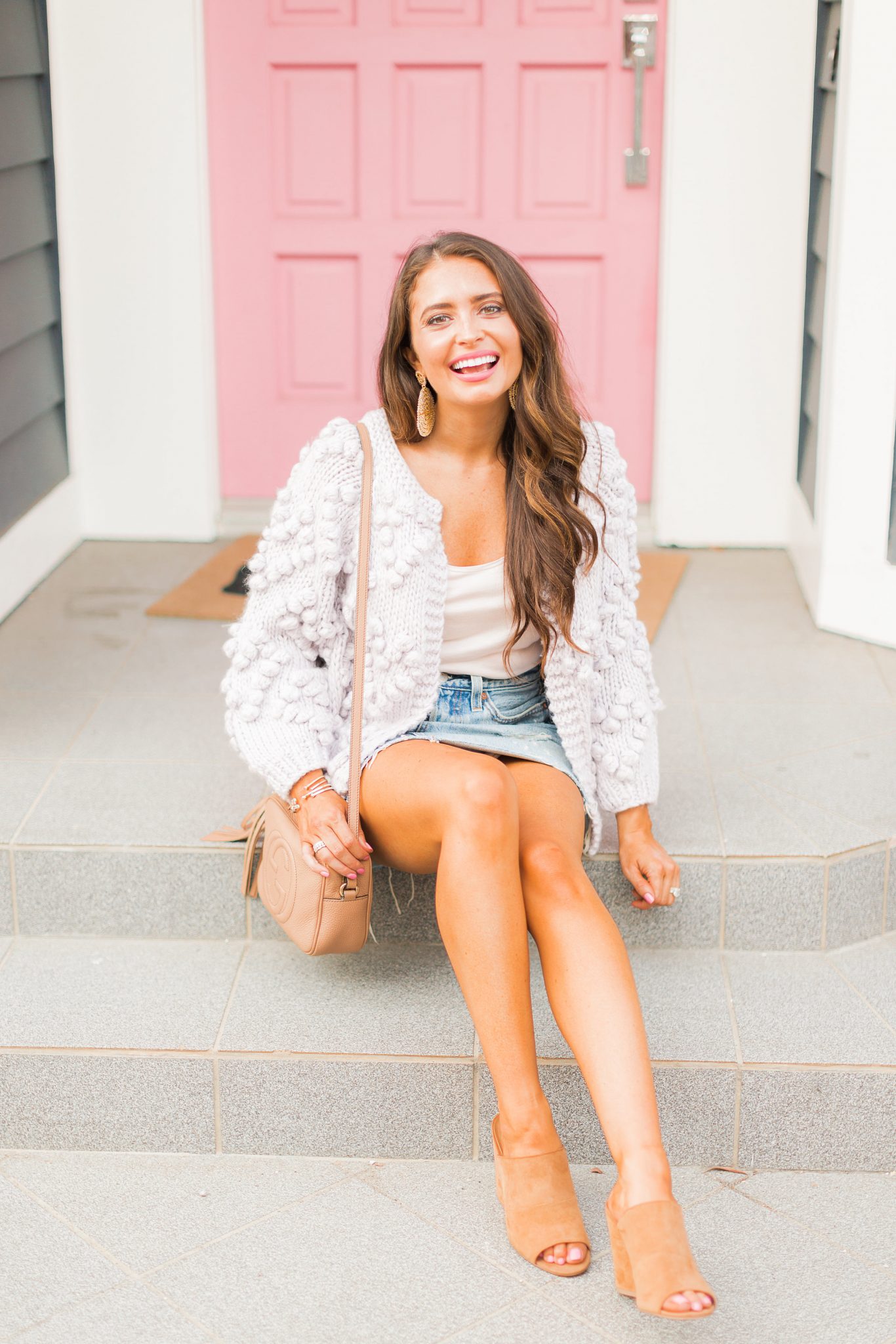 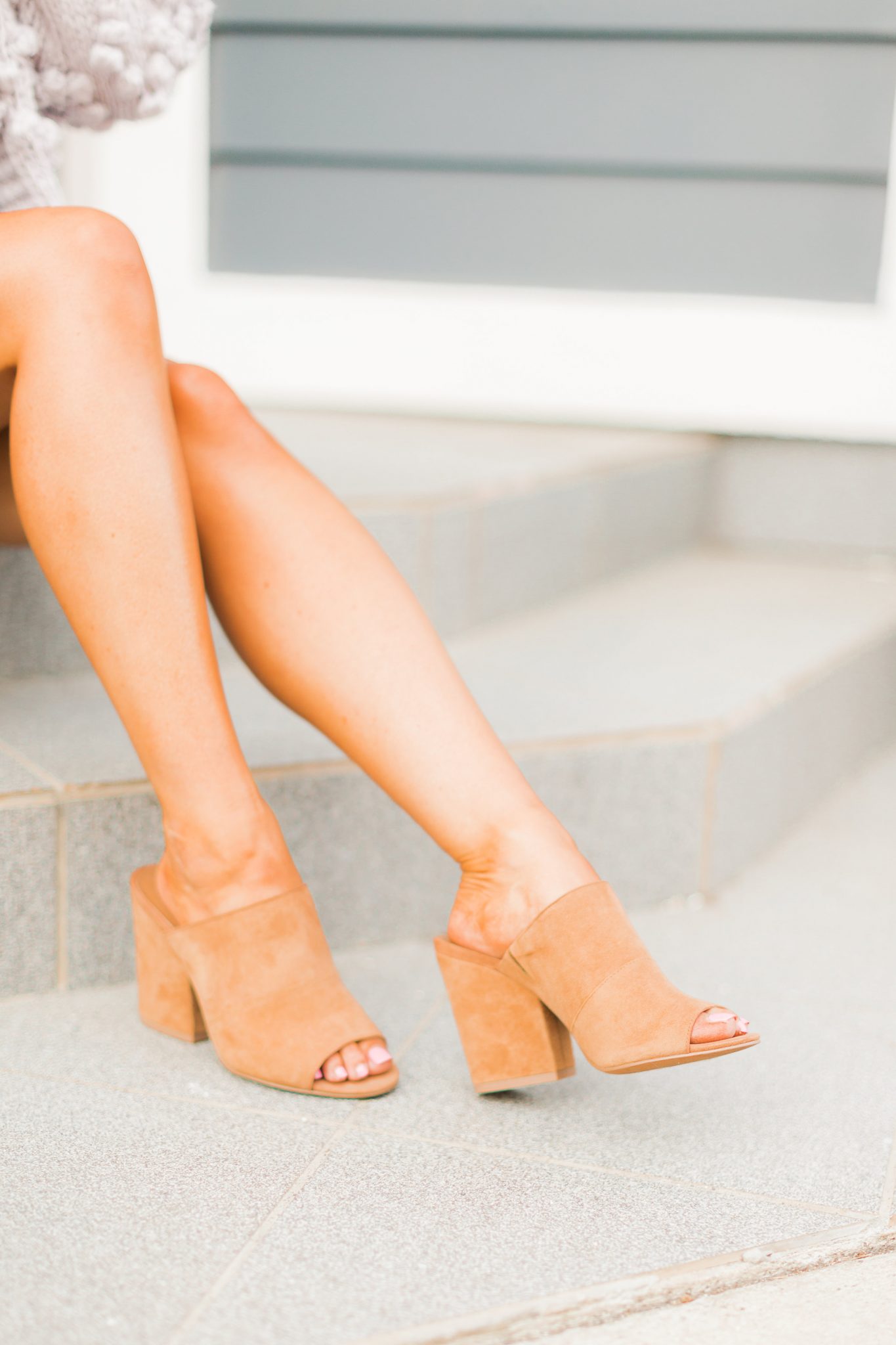 First, I love wearing anything with heart details for a girly style. They are definitely not reserved for Valentine’s Day in my book. I found this heart sweater recently, and it’s on my wishlist. I almost purchased the pom pom heart sweater I’m wearing last year and really regretted not getting it so I was SO excited it was back again this year. It also comes in pink, green, ivory, and wine. The ivory one is still on my list because I’m loving this one so much I think I need it in two colors. While it’s still warmer out, it looks really cute with denim shorts or a denim skirt and when it gets cooler out, you can start wearing it with jeans. 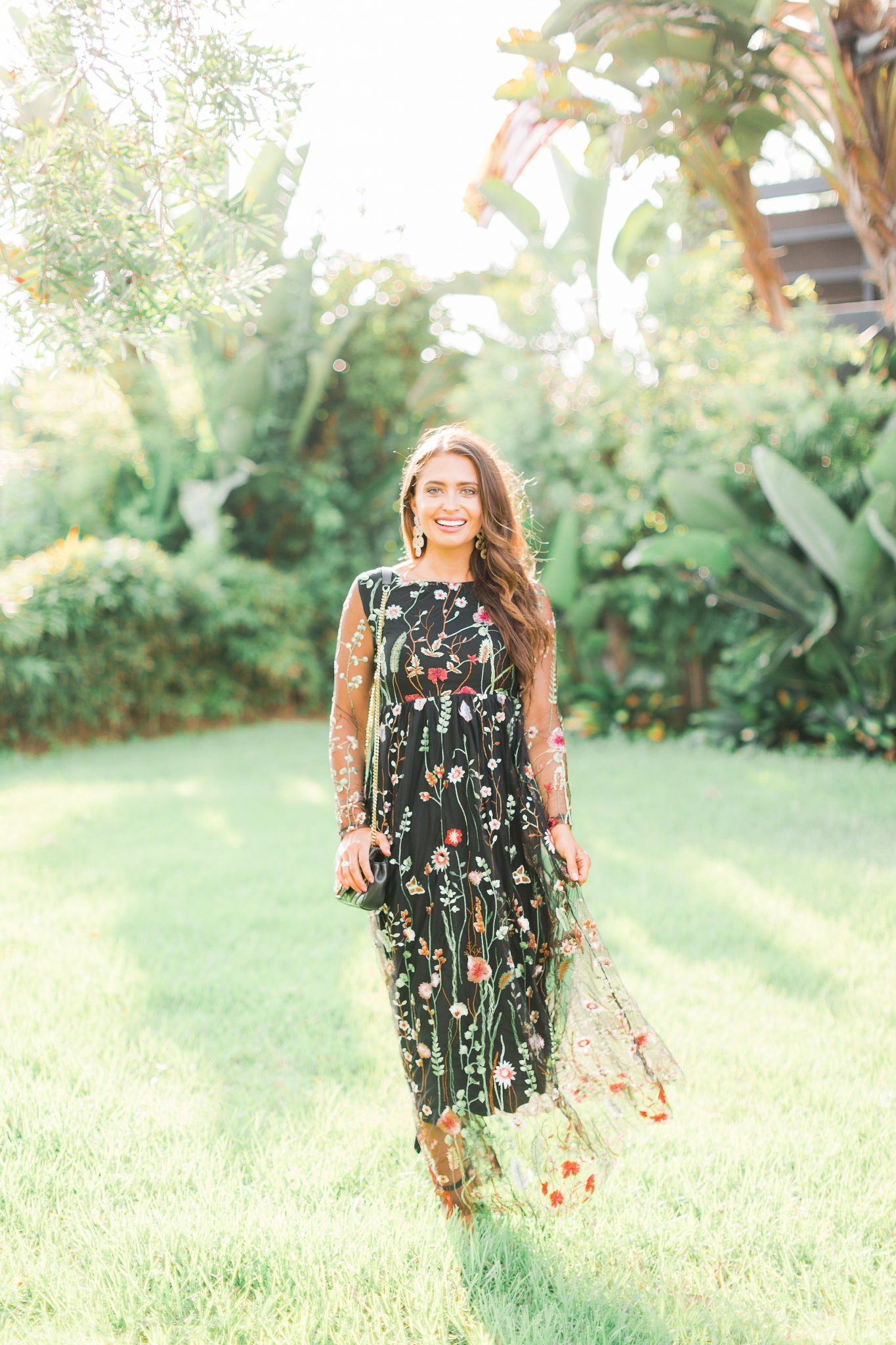 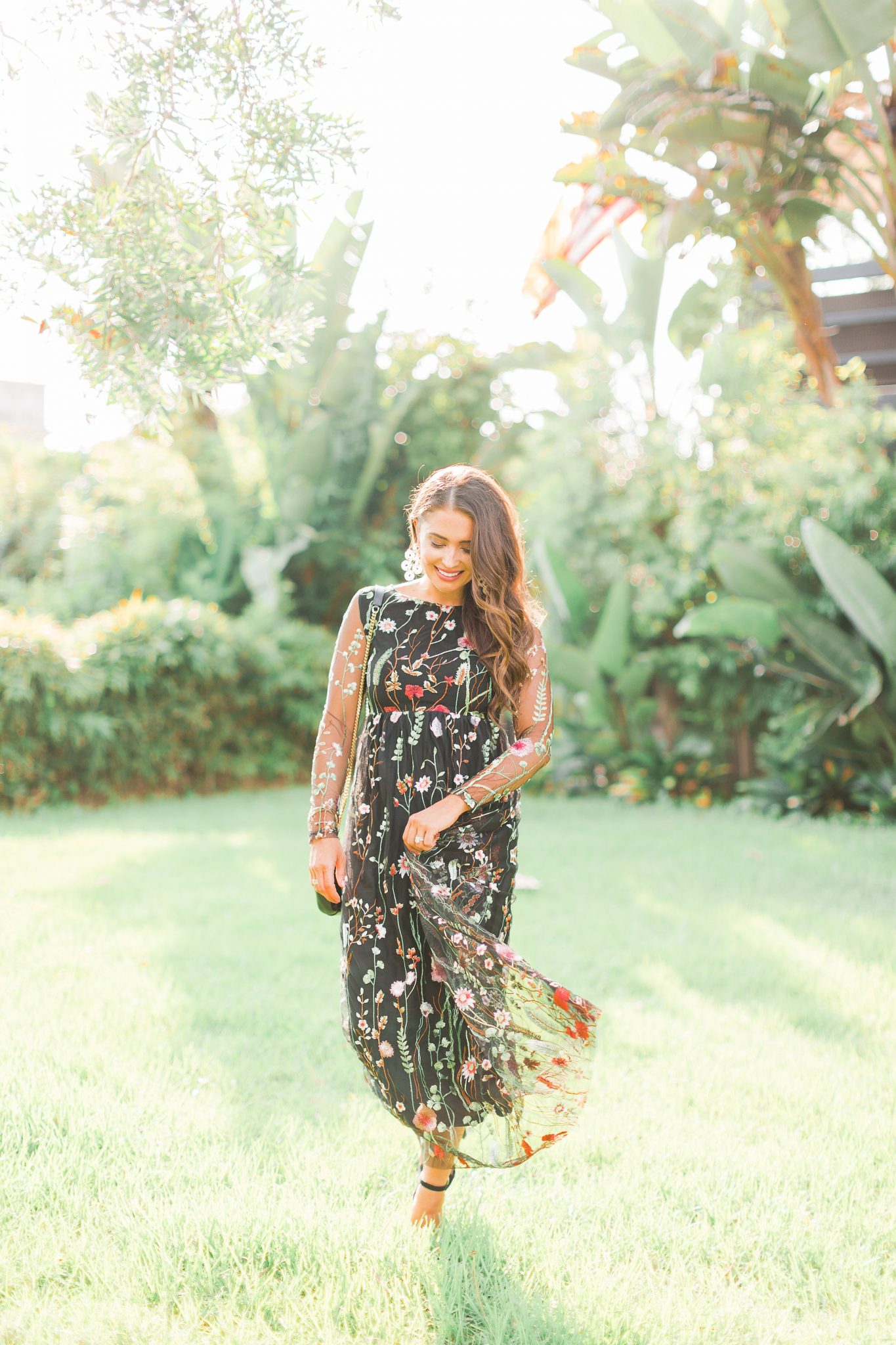 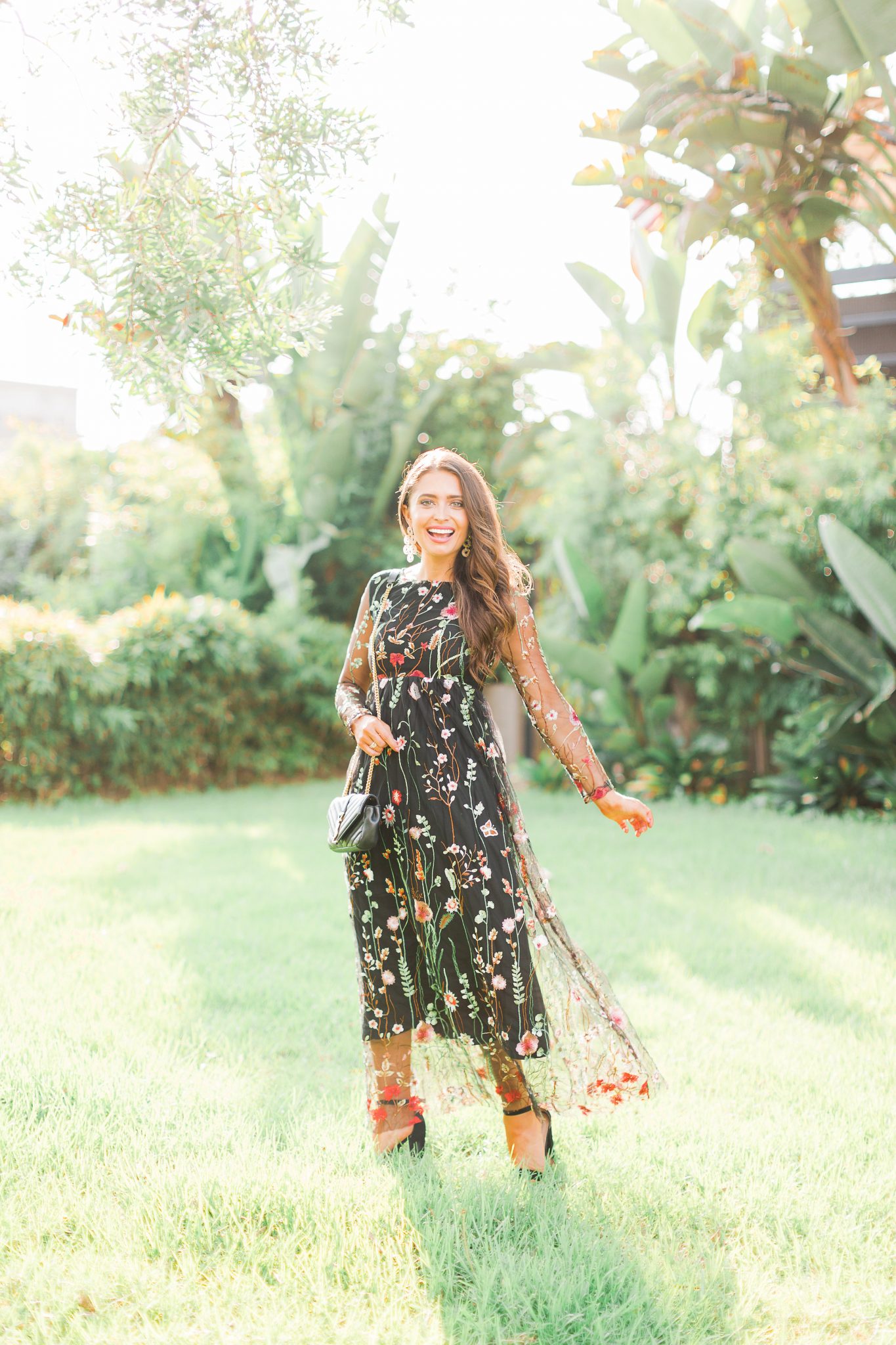 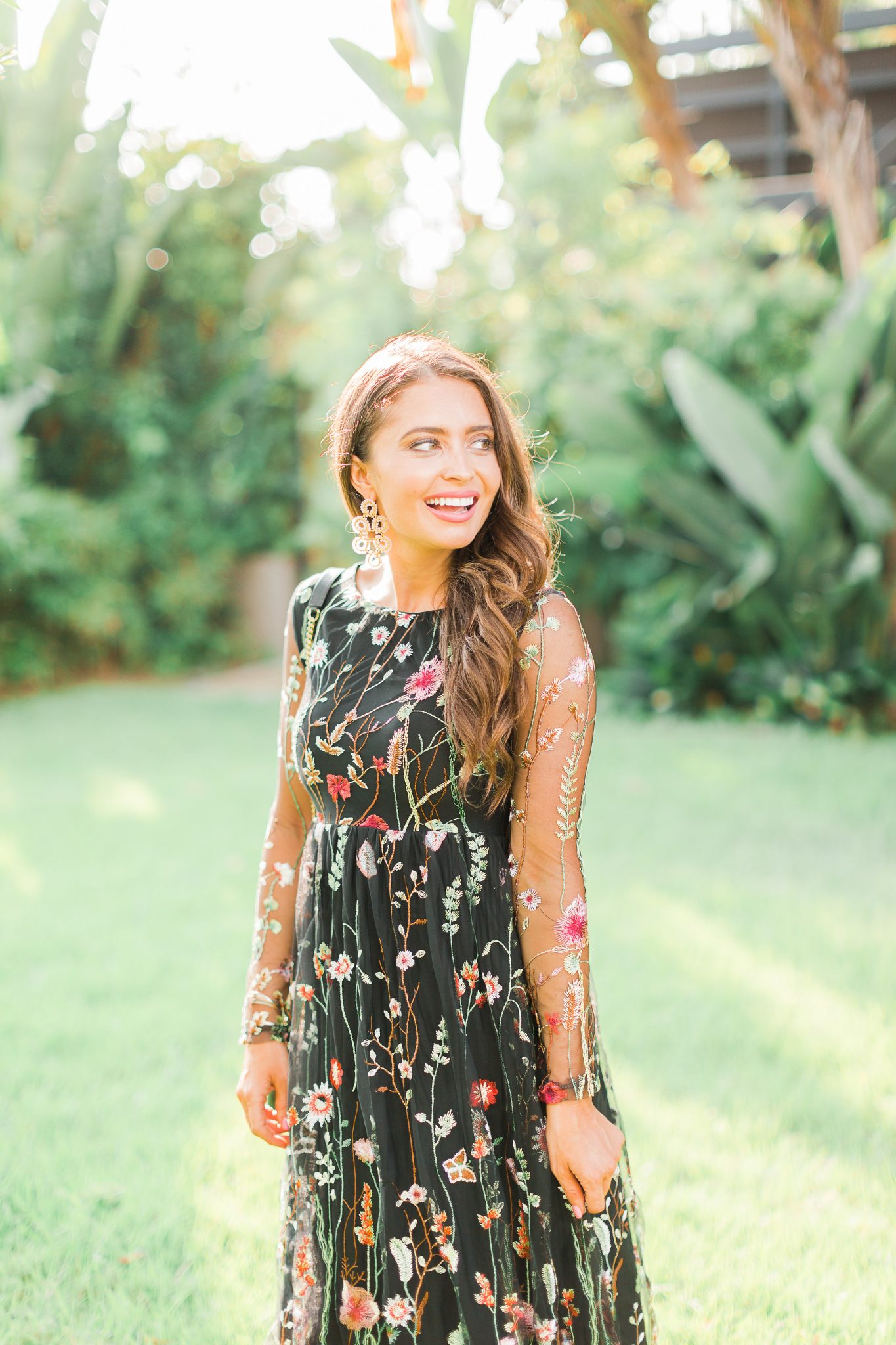 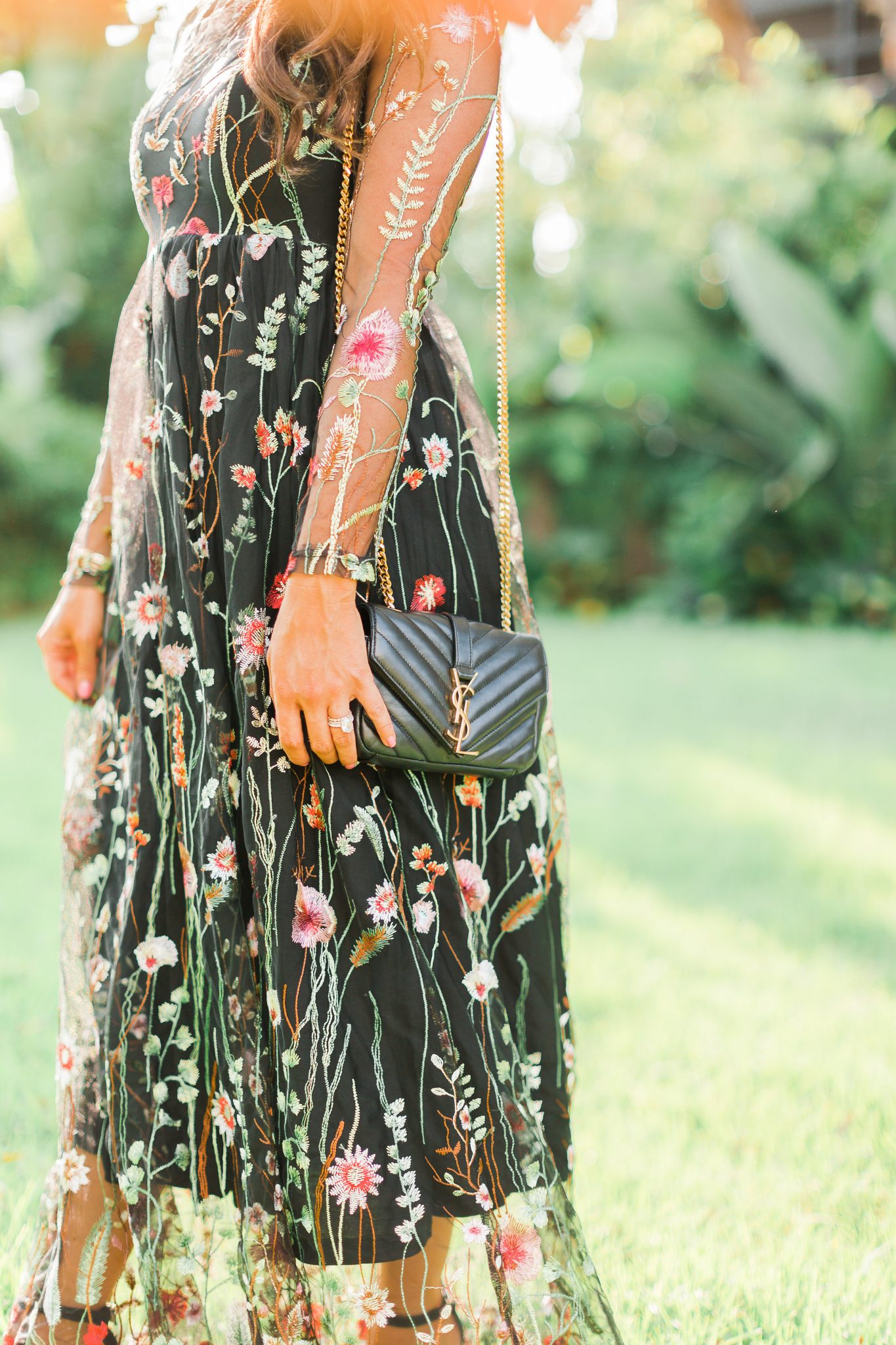 Next, I love wearing embroidery to have a girly style. Floral embroidery is such a beautiful detail, and I especially love it with mesh. This was another dress that’s been on my list for a long time. There’s also a white version, but with fall approaching I thought the black would be better. It would be so gorgeous to wear to a fall or winter wedding. I got my normal size (XS), but the arms were a little tight on me so I would recommend sizing up on this one. 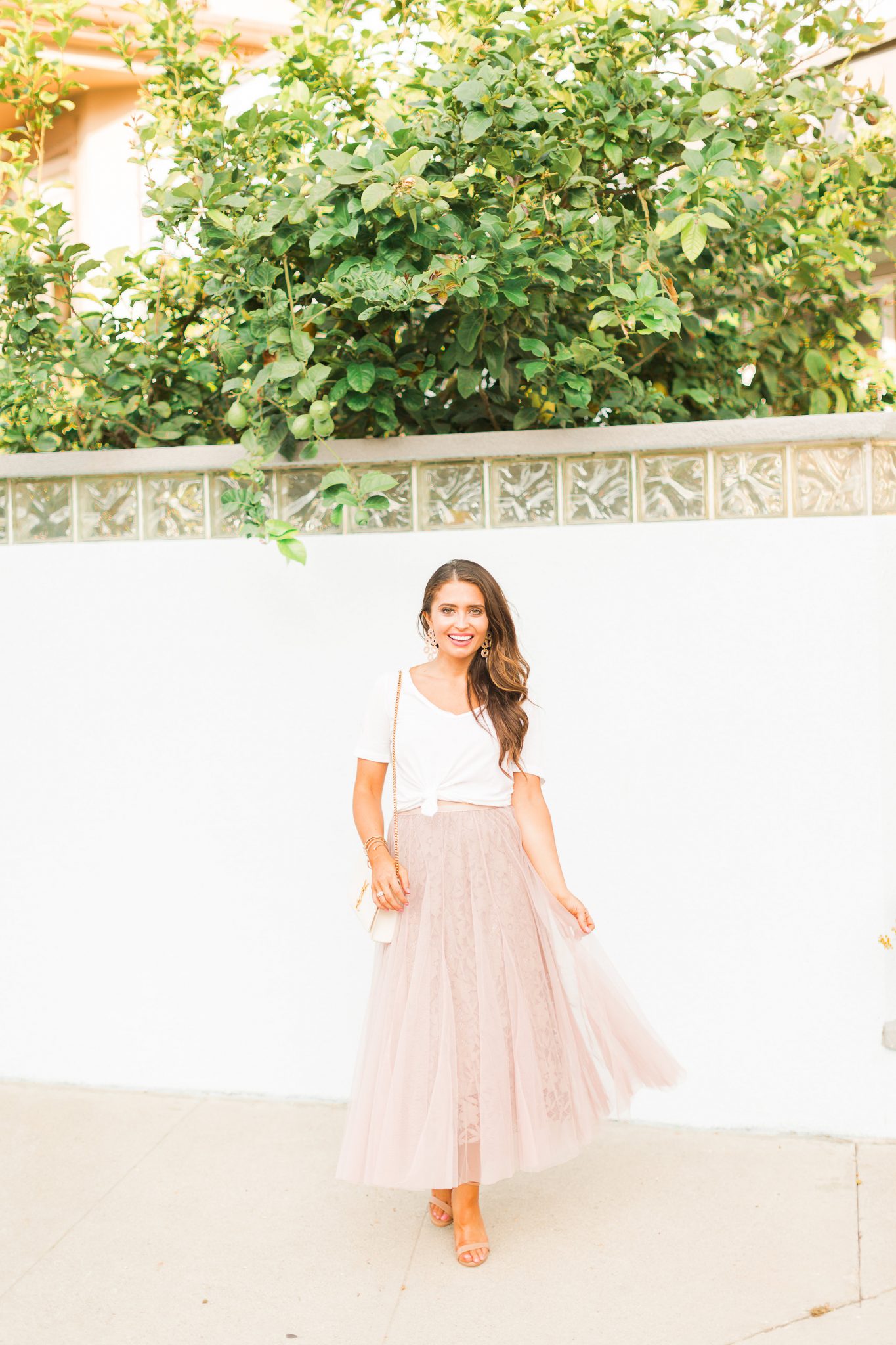 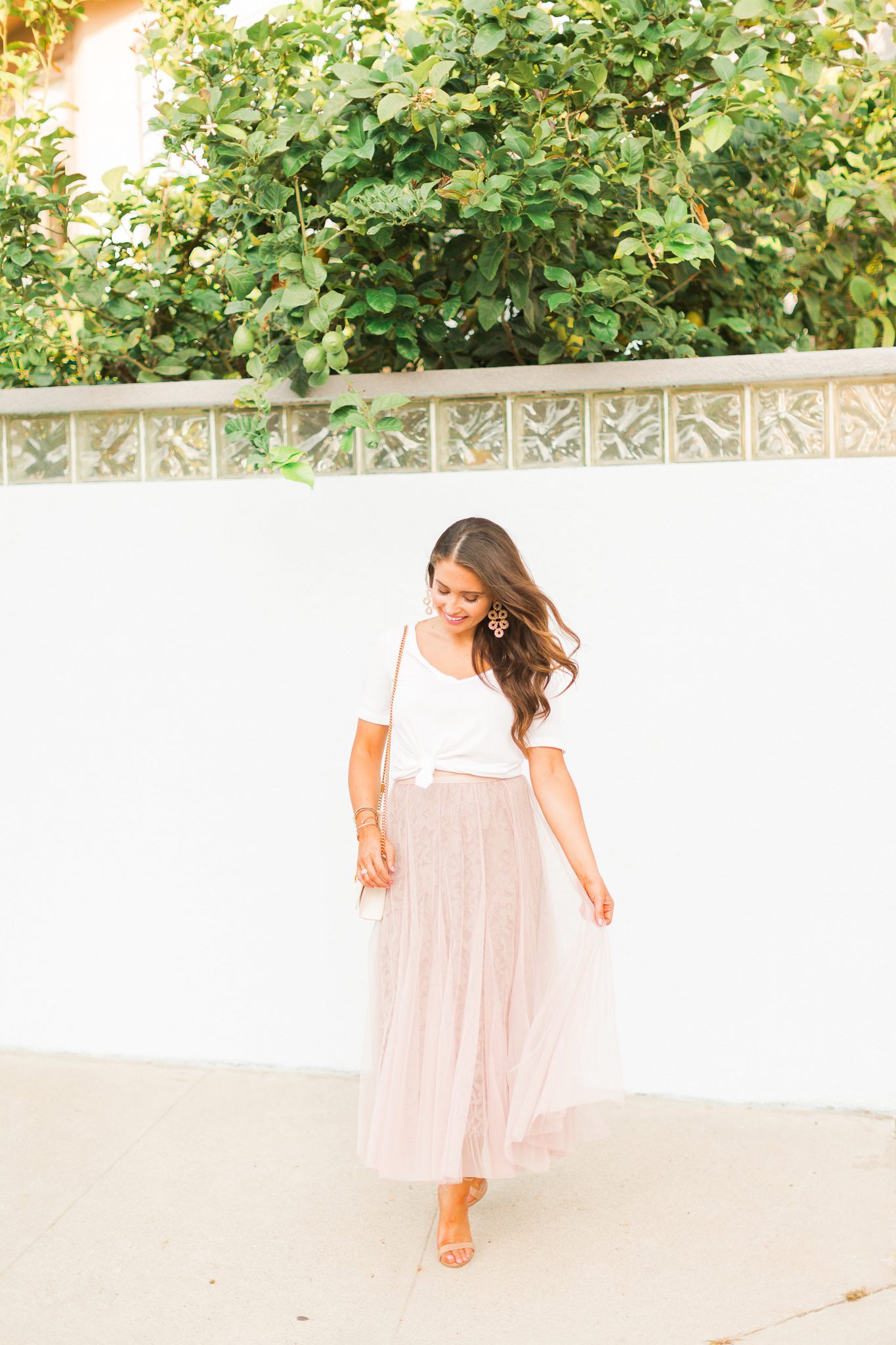 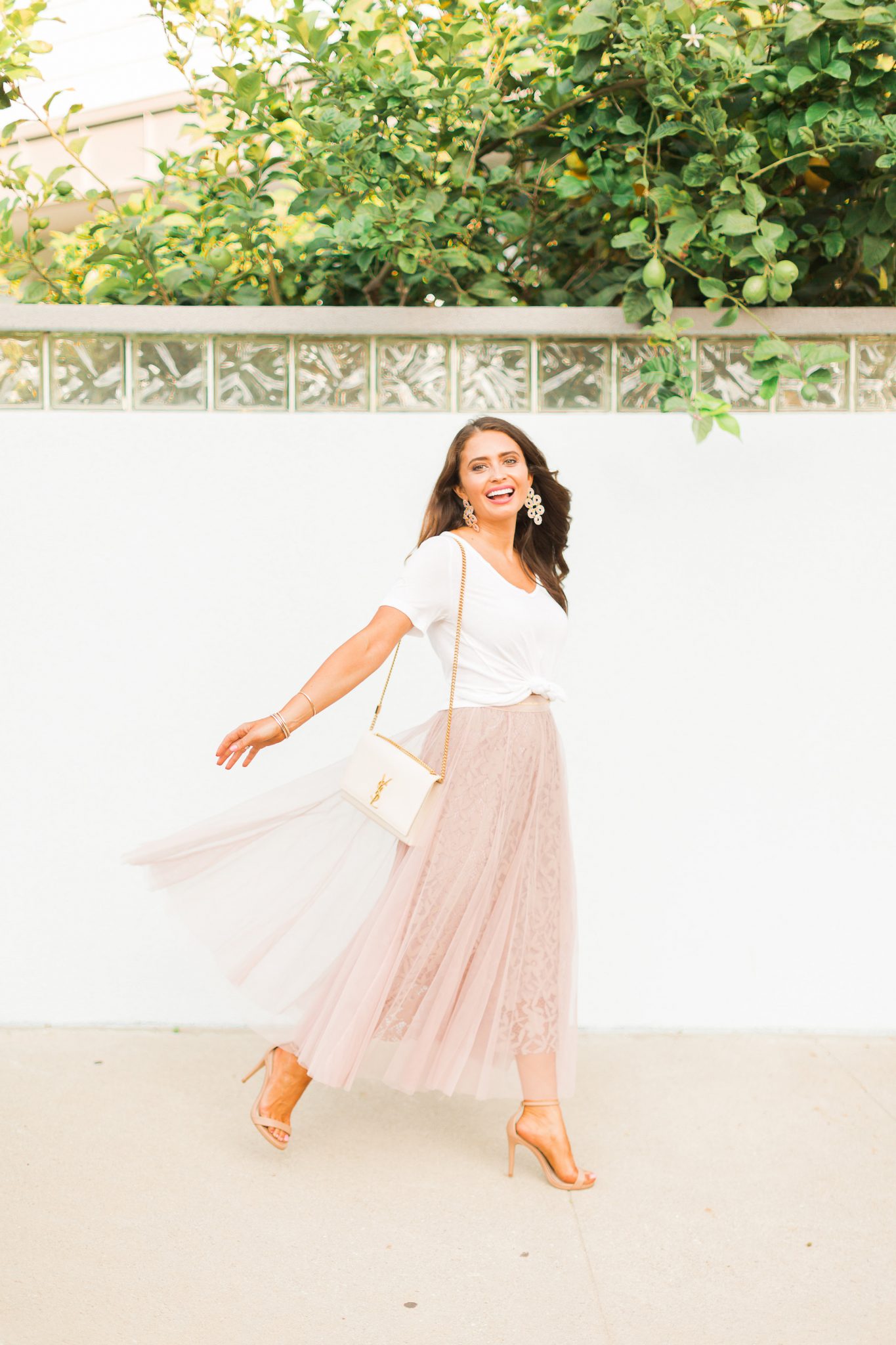 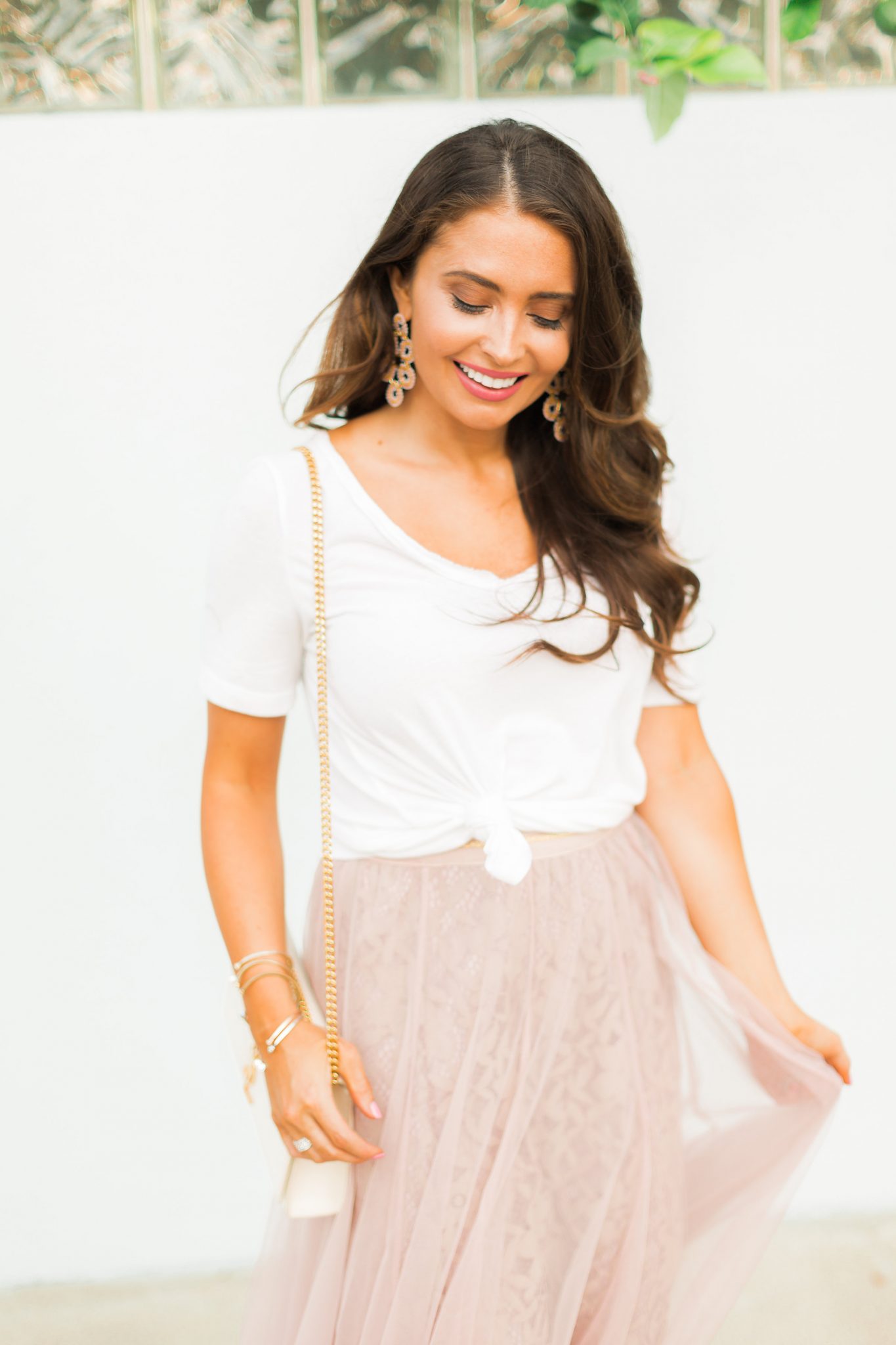 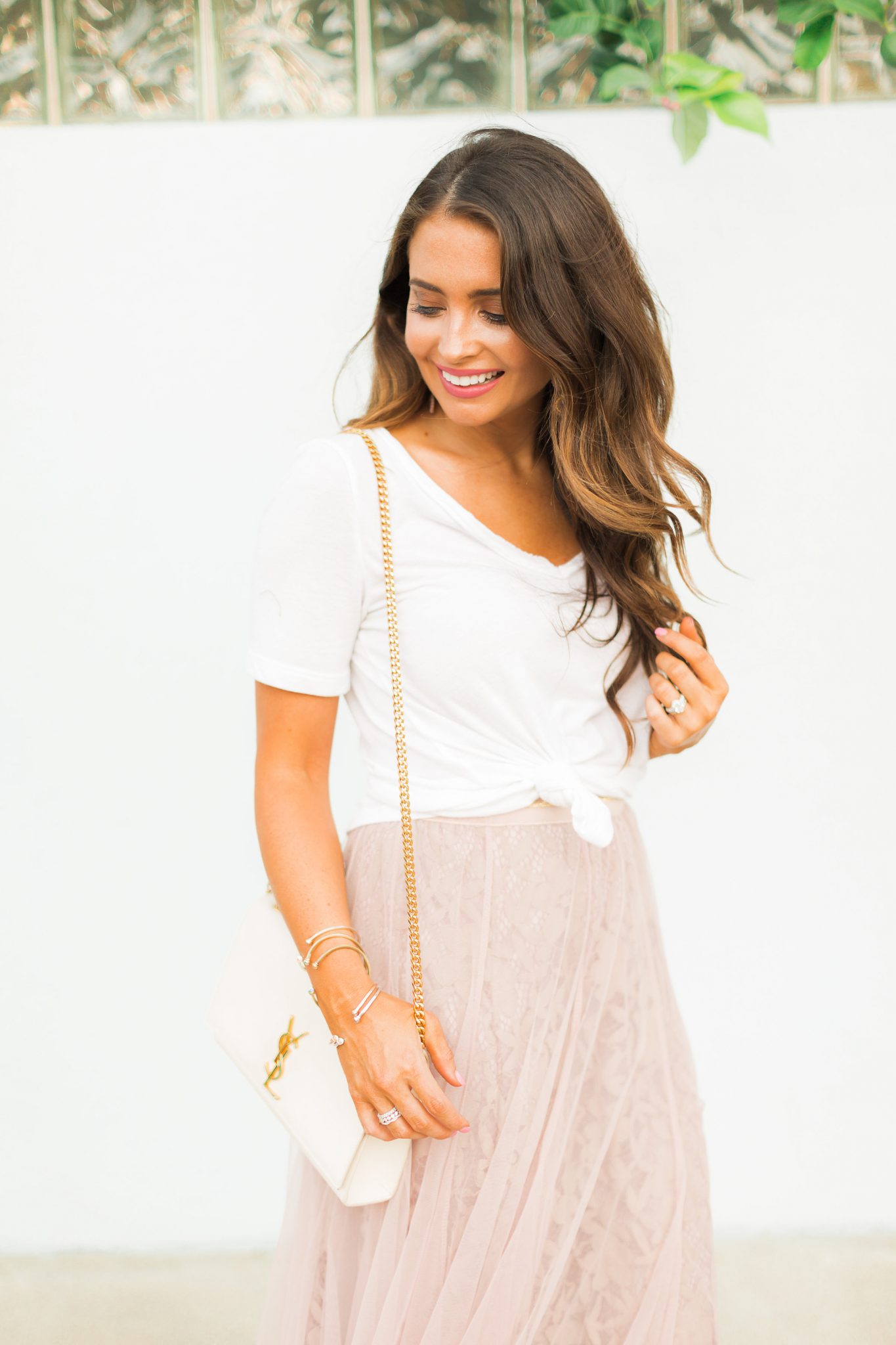 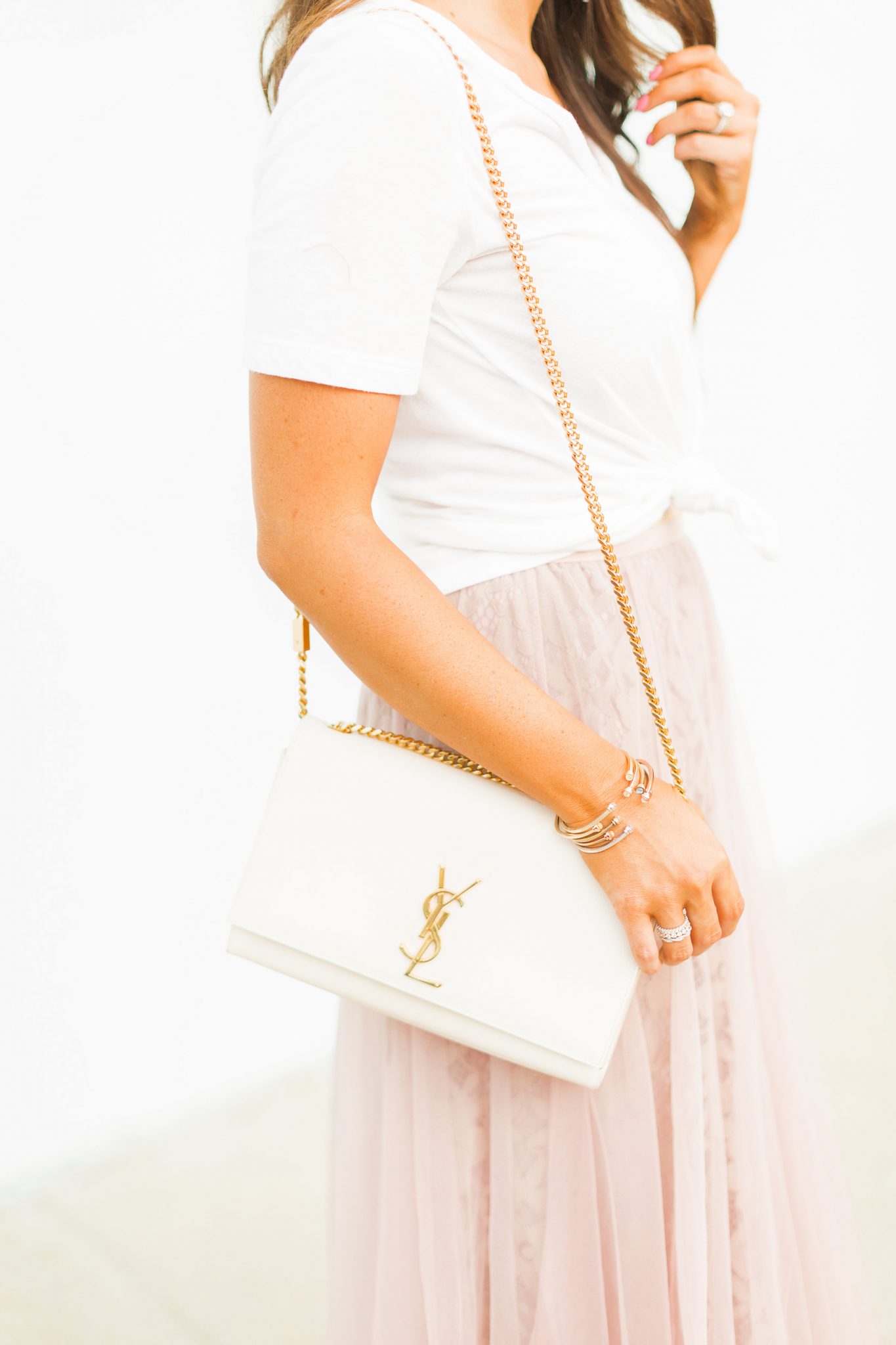 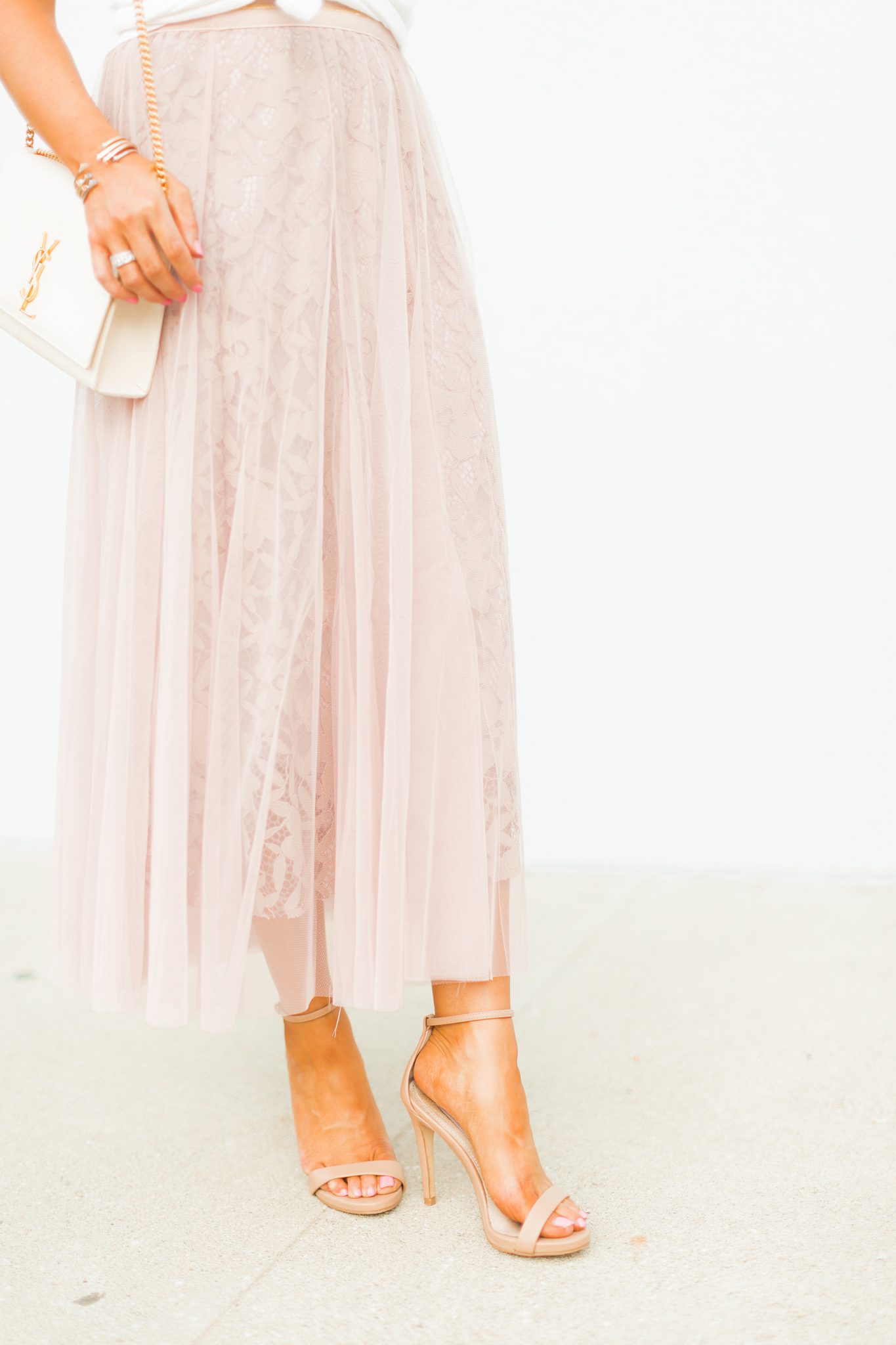 Lastly, lace adds the perfect touch to any girly style. I haven’t always loved lace, but I’ve really started wearing it more the last few years. I like to make sure that I add fun accessories or dress it down so it fits my style without feeling too “stuffy”. I dressed this skirt down by wearing it with a t-shirt. I think it would be perfect dressed up with a white bodysuit for a bridal event. It also comes in white if you want to go with a classic all white bridal look. I hope today’s post gave you all of the girly style inspo. As always, thanks for stopping by!