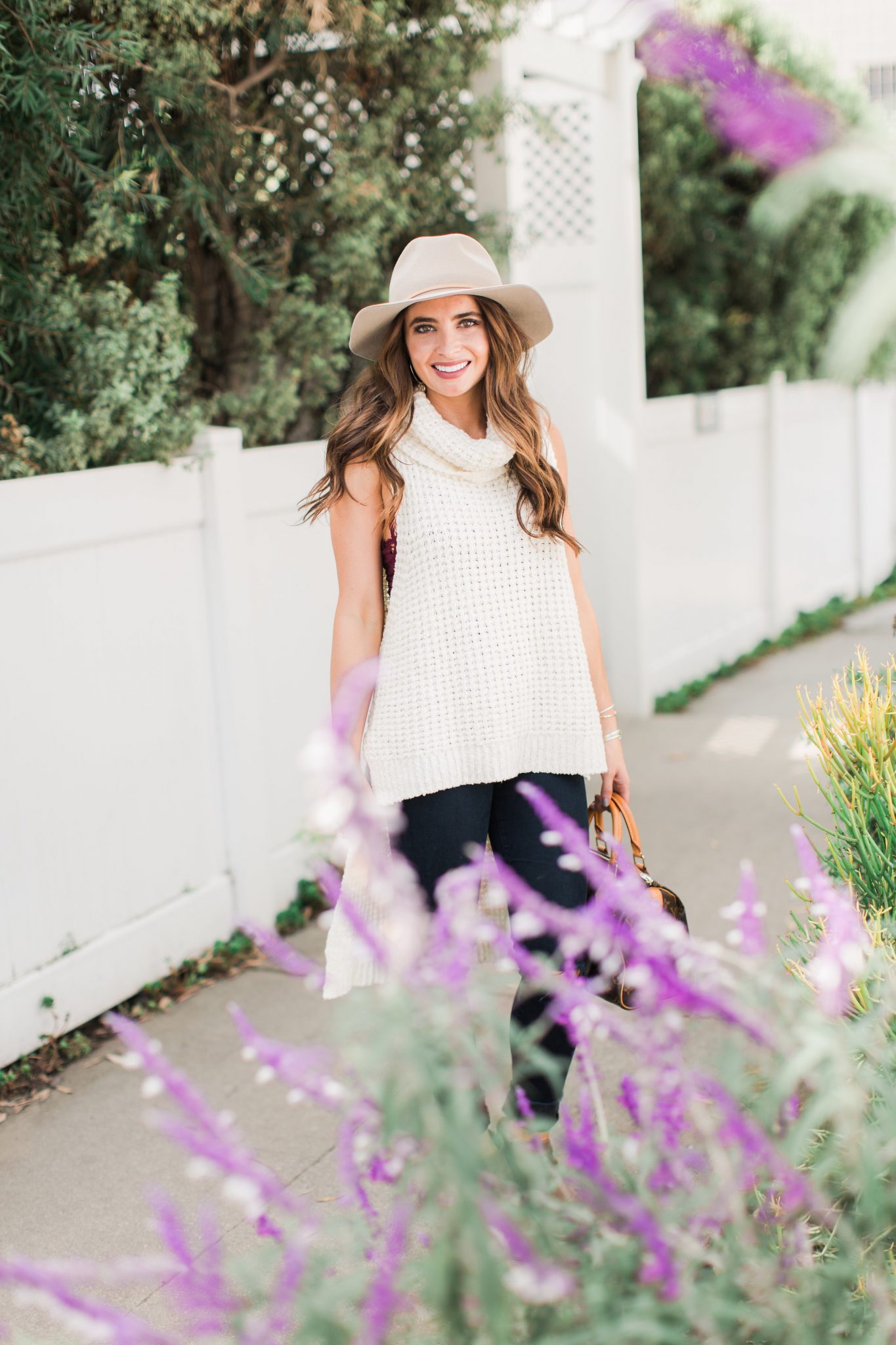 What a weekend! I took a 20 hour trip to Missouri for my friend’s wedding on Saturday and even with the crazy rain and winds, we all had a blast, and everything looked so beautiful! It seems like the weather has been going cuckoo lately. We finally had fall feels on Friday in Southern California, and now we are looking at a heatwave for Monday and Tuesday. It’s going to be in the 90’s! Say what?! That’s why I am loving this layering top. It’s perfect for warmer temps with a bralette or cooler temps with a long sleeve top. 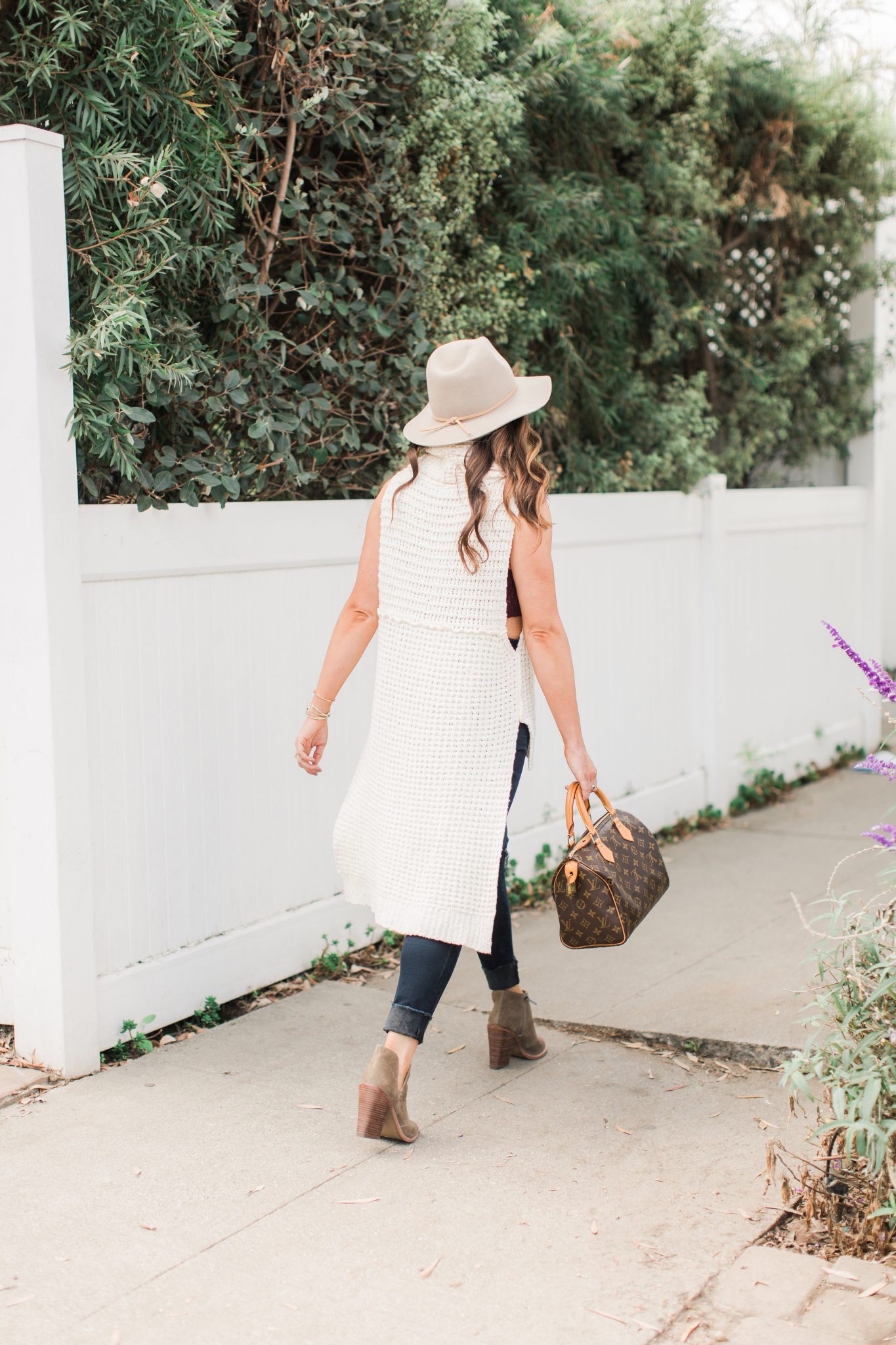 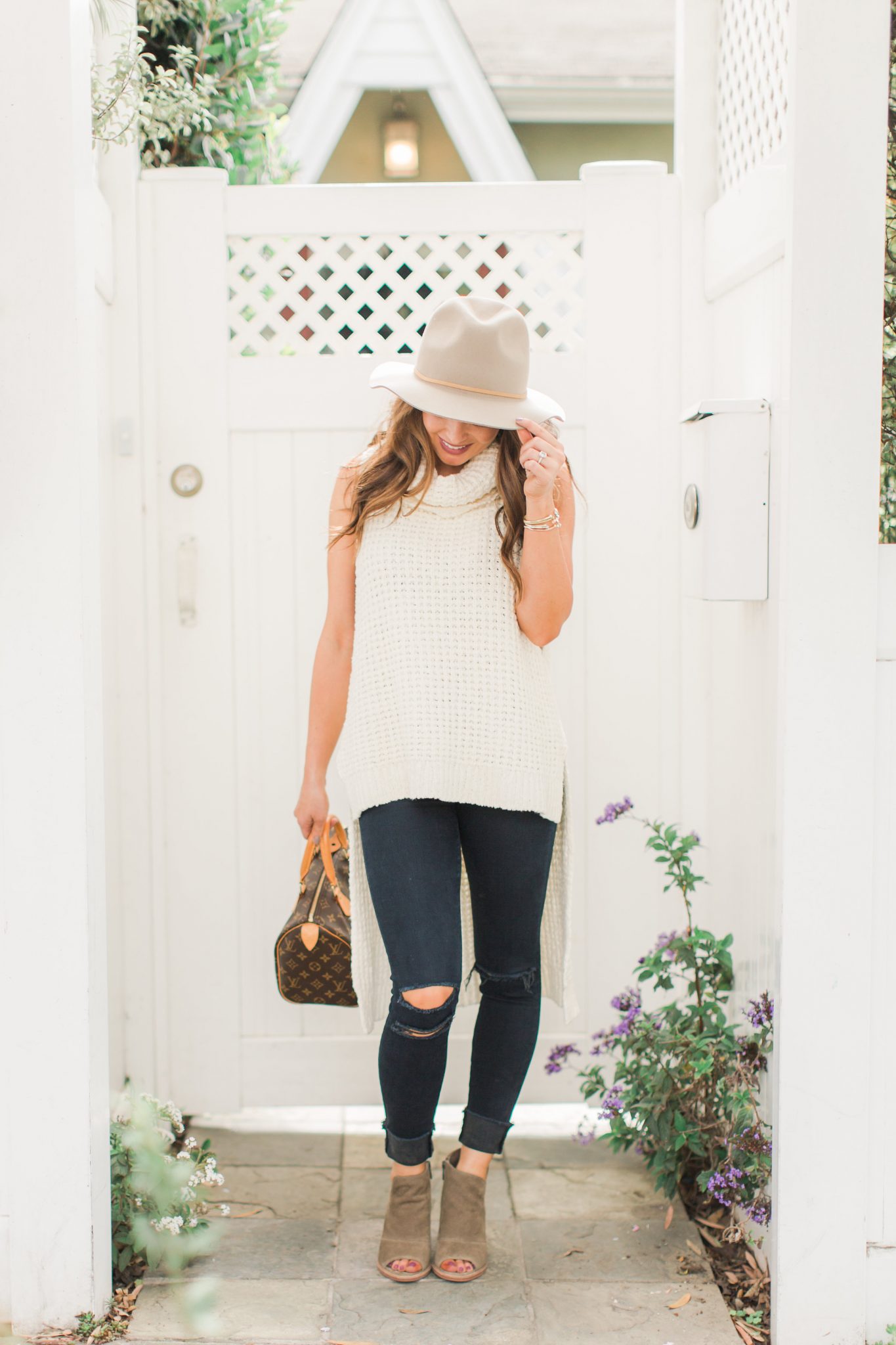 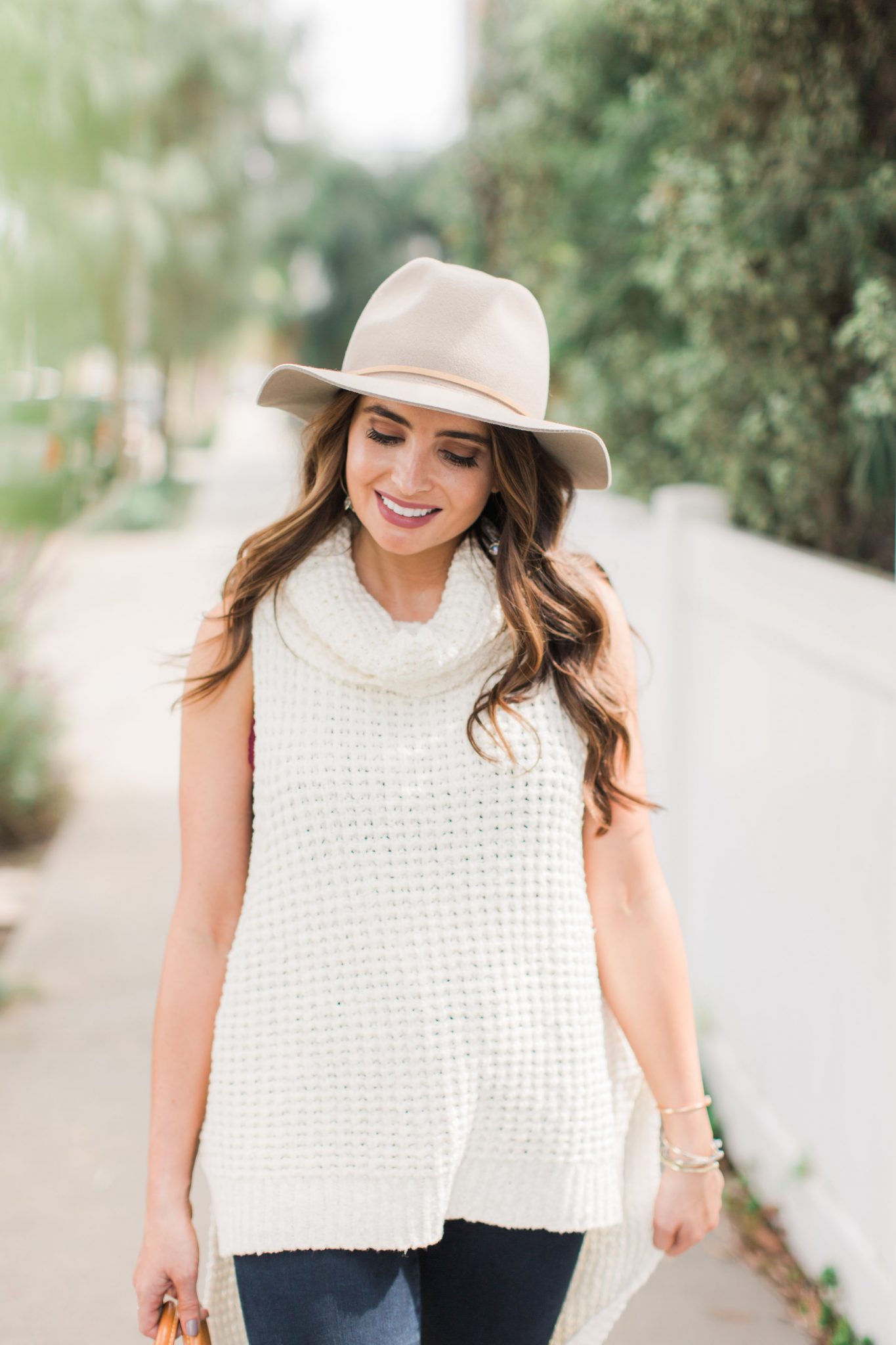 This layering top is the best layering piece for fall and winter. I love the high-low detail. Since I’m petite, I typically can’t wear pieces that are too long in the front, but I am totally okay with the length when it is only in the back. Yay for petite-friendly pieces! While I was searching for other must have sleeveless sweaters, I found a very similar top at Target for half the price. The bralette I’m wearing is also a must! It would look really cute peeking out from an off the shoulder sweater. 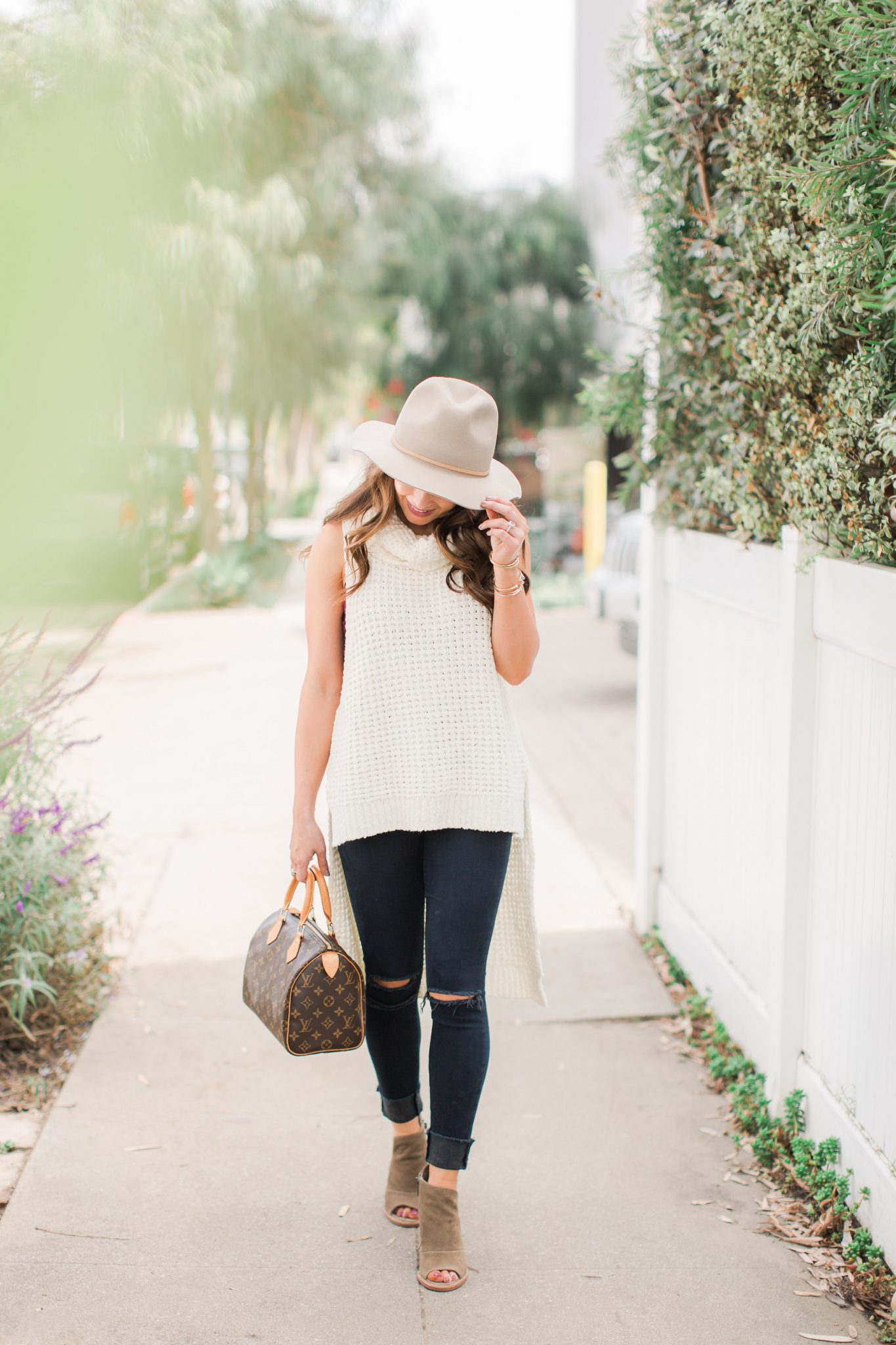 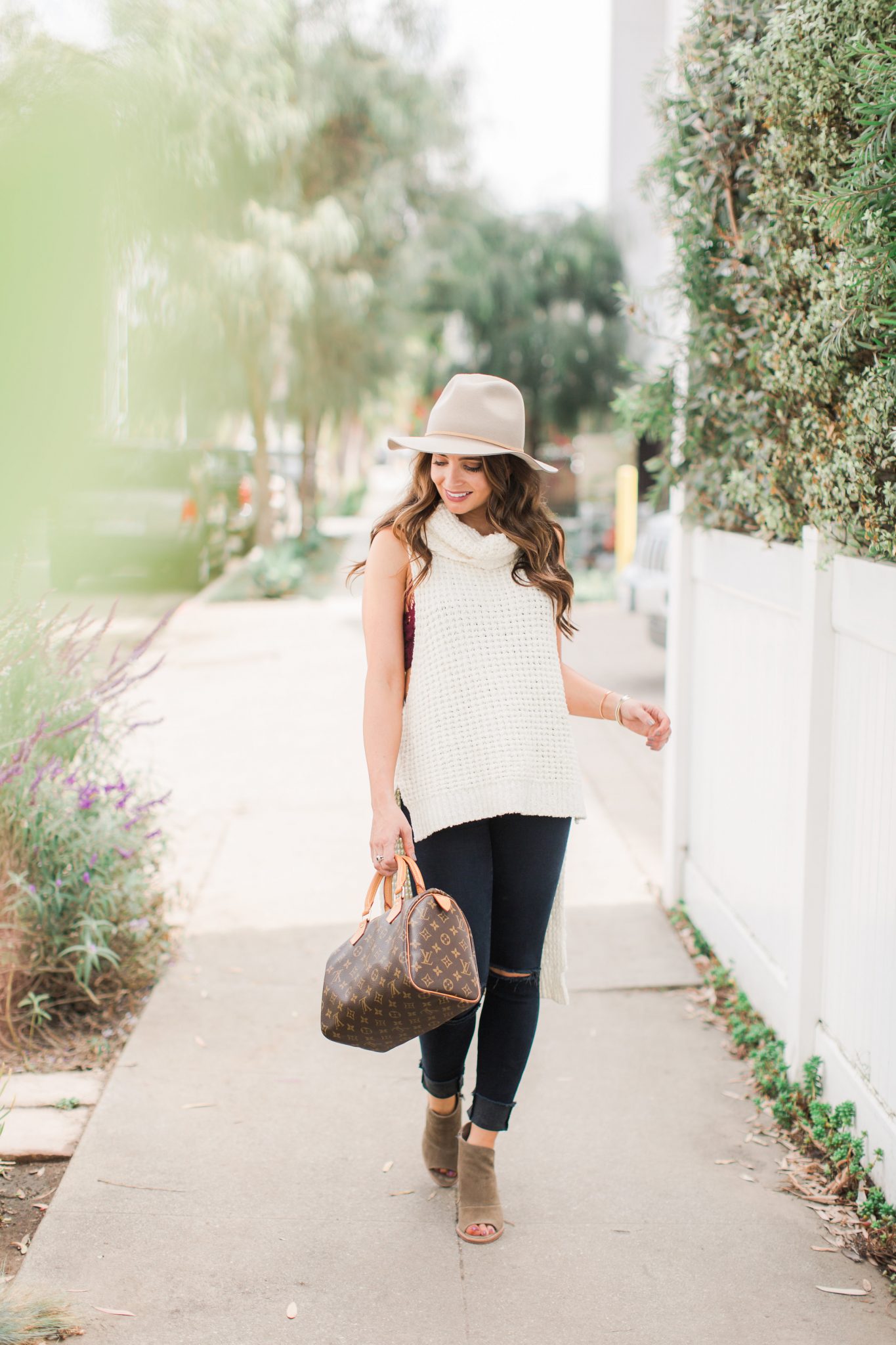 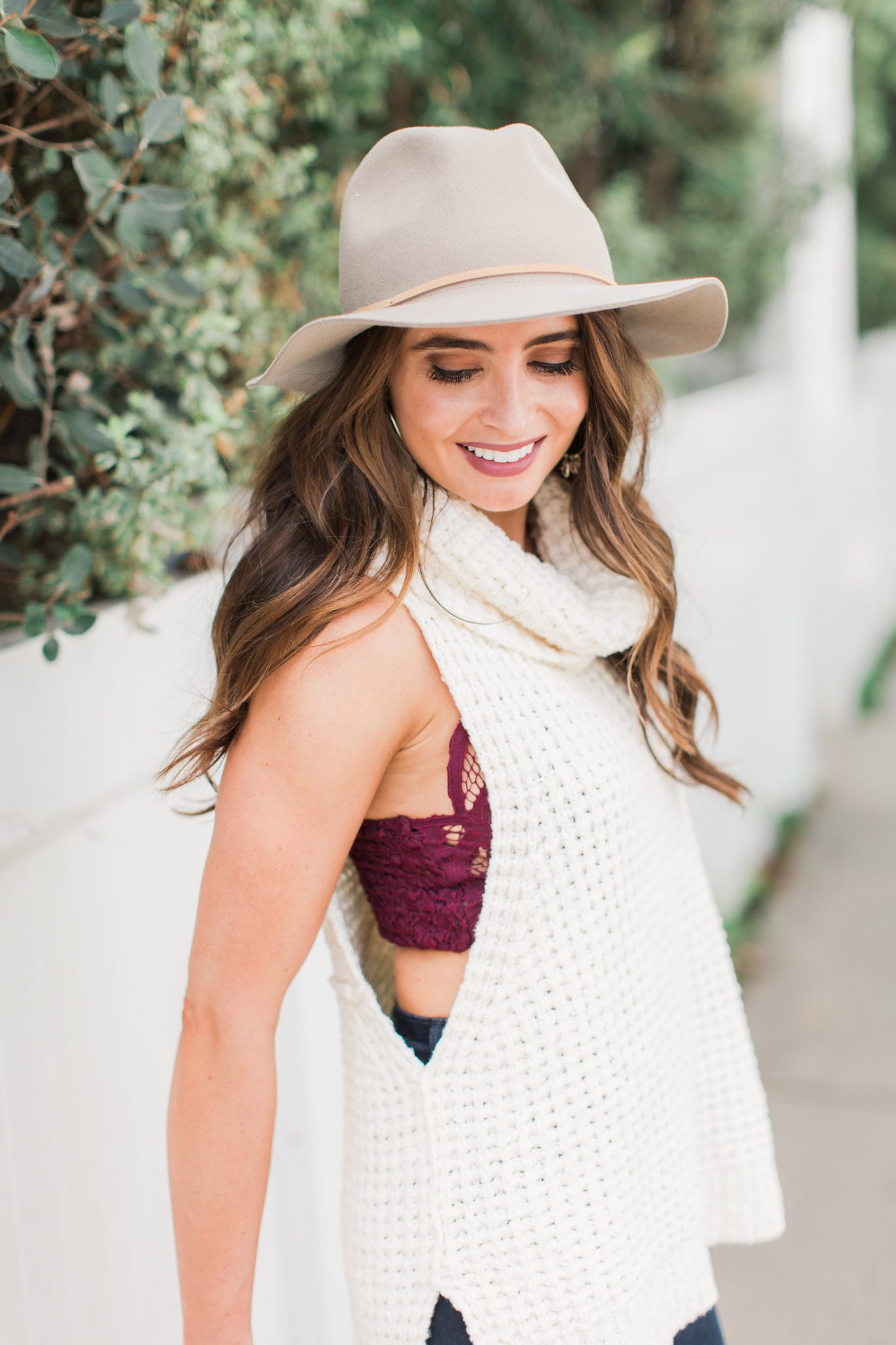 If you haven’t checked this hat out, you need to! It comes in sizes S-L so you can guarantee you will have the perfect fit. 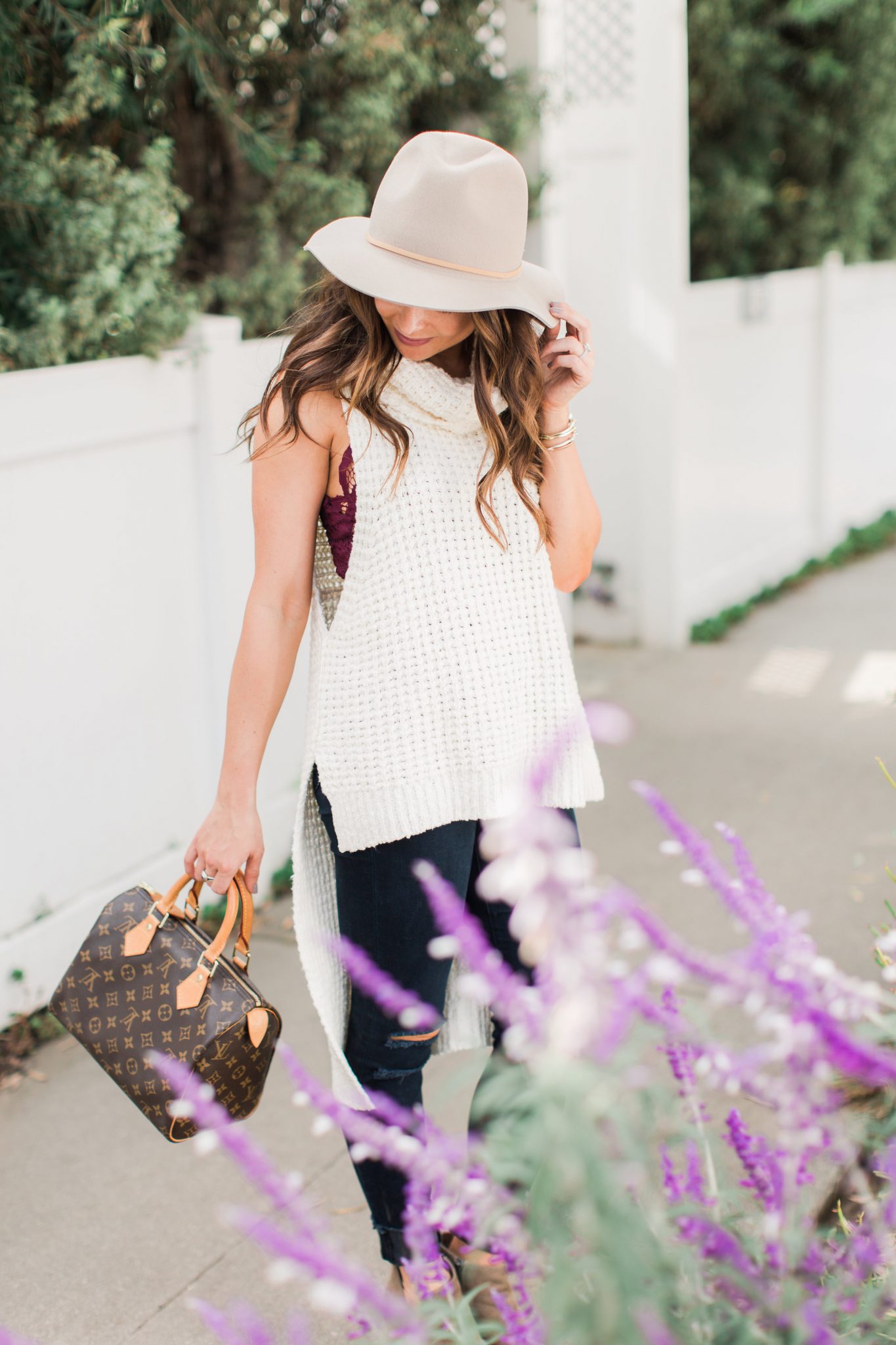 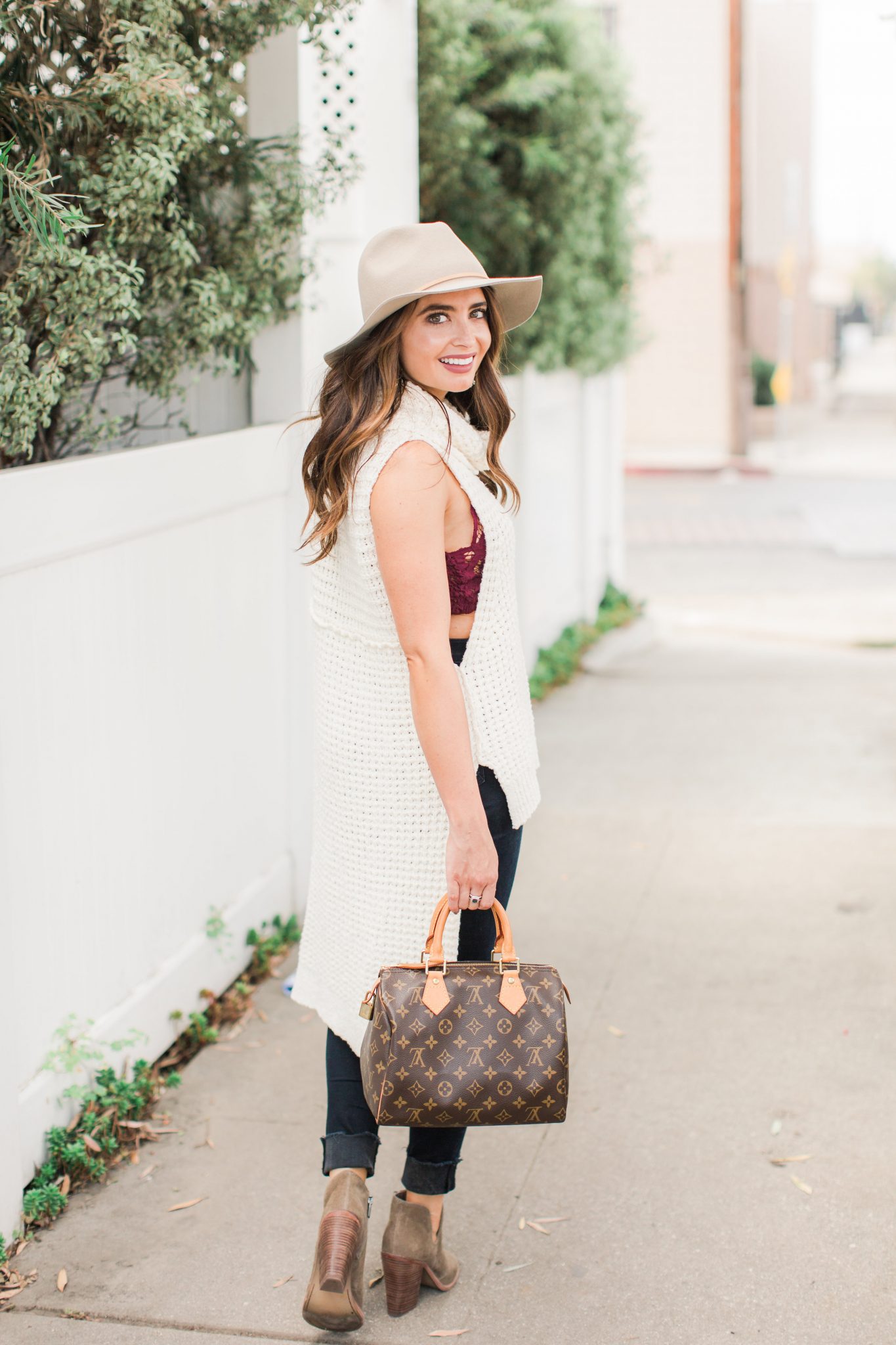 I hope you all had a great weekend! I am so looking forward to our honeymoon on Friday! We have so much to do before we leave. If you have any packing trips for long trips (2 weeks!), let me know in the comments. xoxo! Maxie