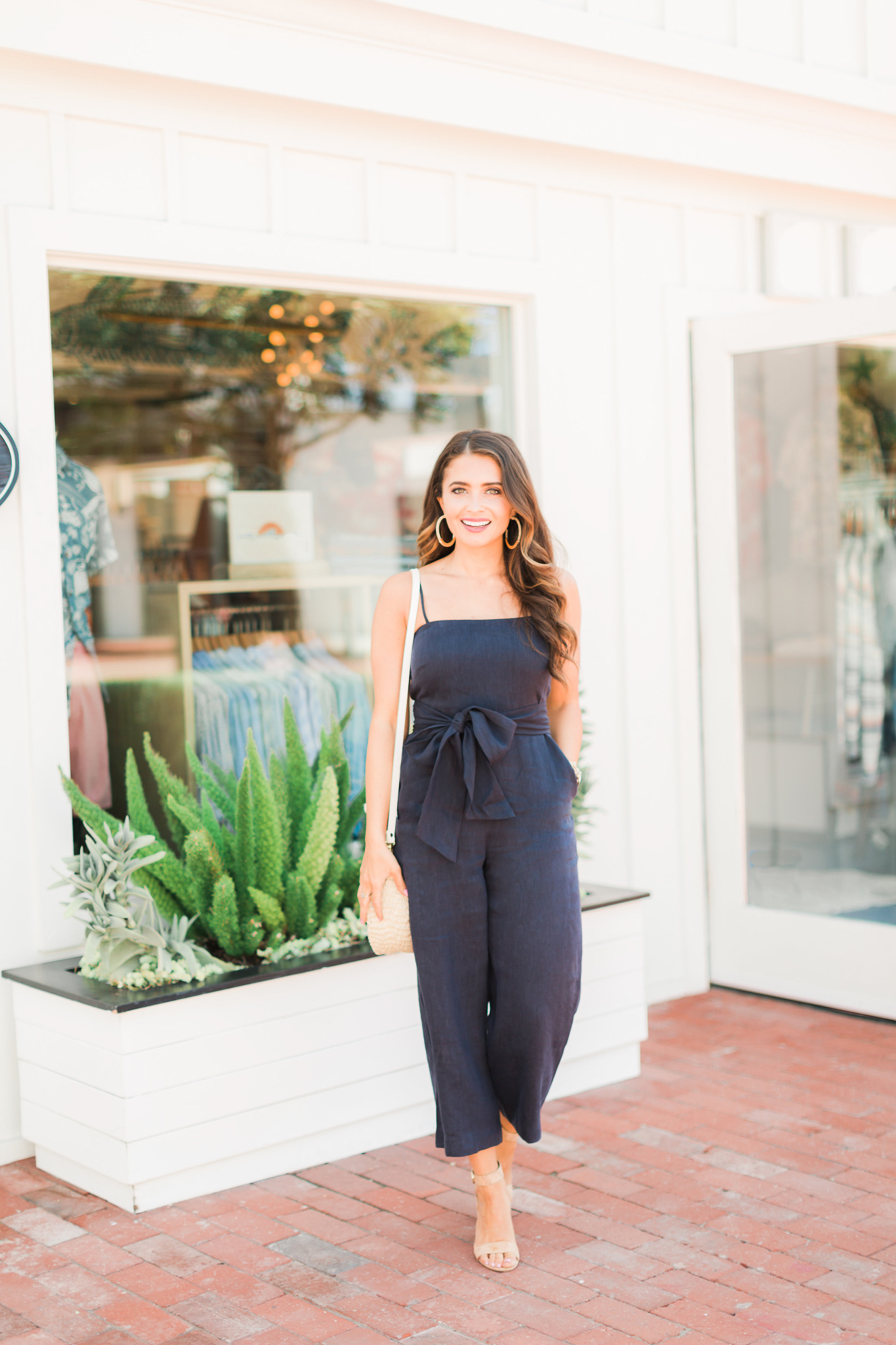 I’m partnering with Ann Taylor on today’s blog post to share my favorite figure flattering detail I look for when shopping, ties. Since I’m petite, I’m always searching for details that will accentuate my shape and make sure my body doesn’t get lost in too much fabric. One of the details I’ve found that flatters my figure and makes me feel more confident is ties. Ann Taylor’s new arrivals have so many cute items with ties. Today I’m sharing three looks I put together from their new collection that feature tie details. 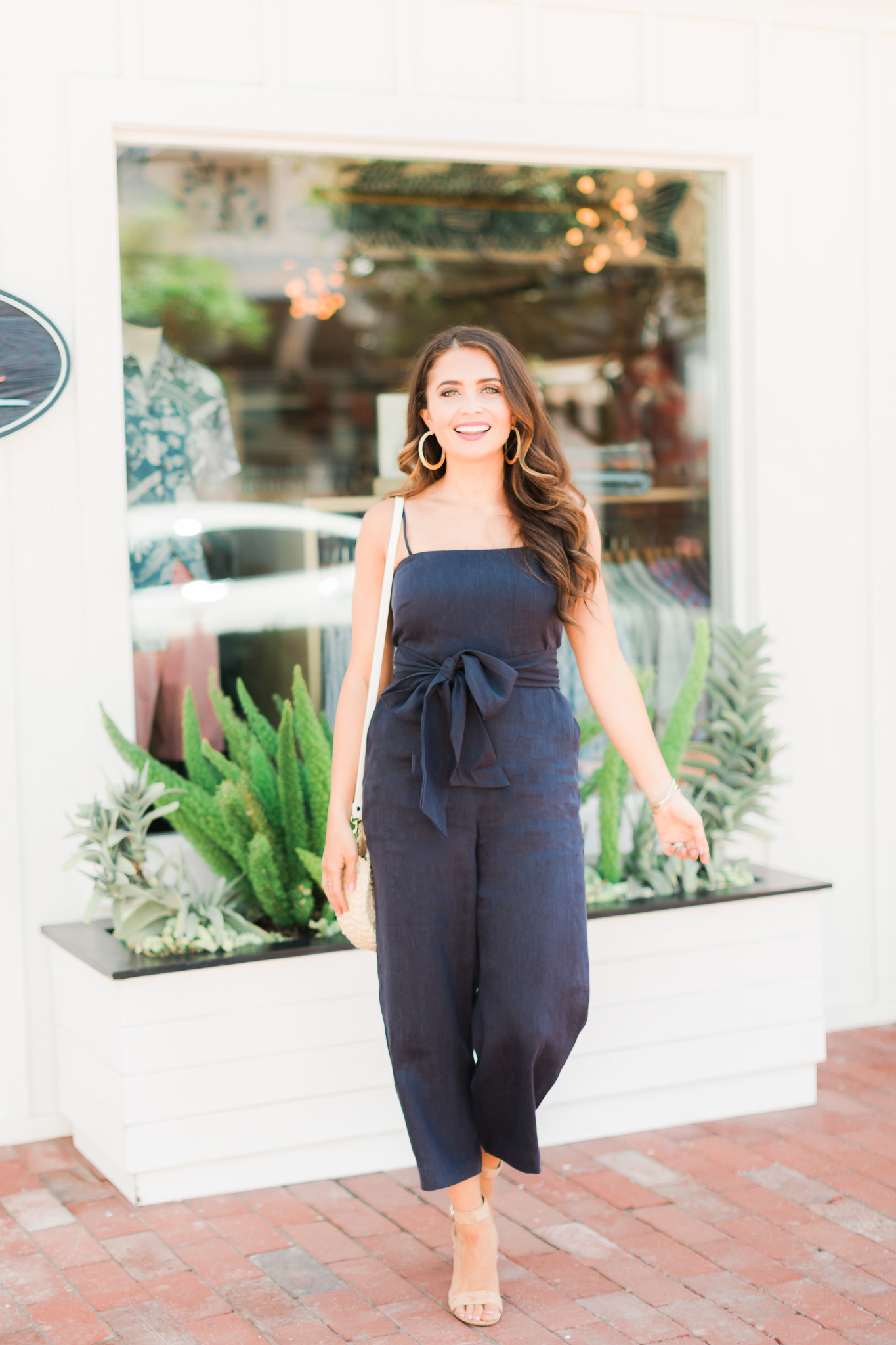 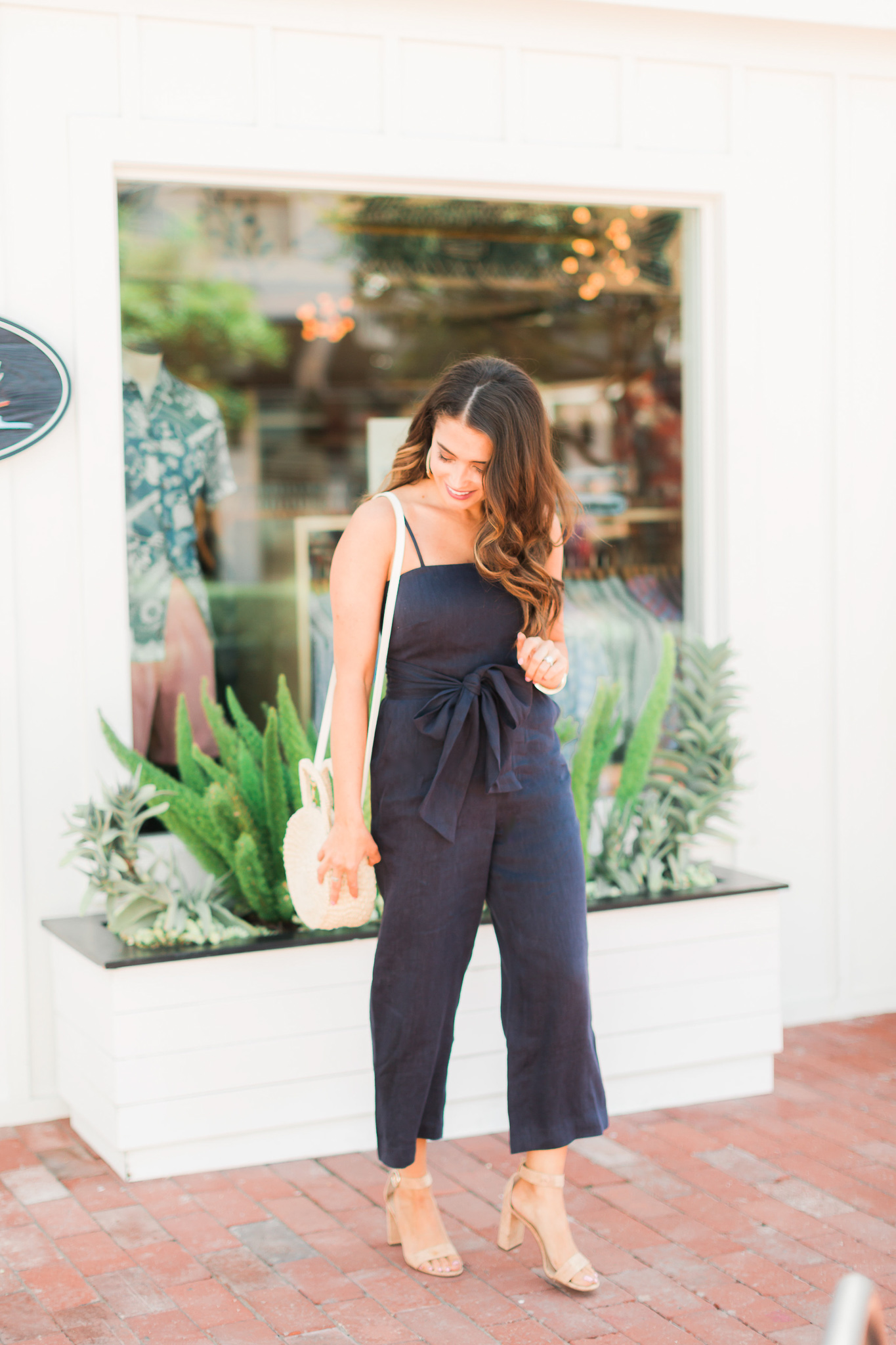 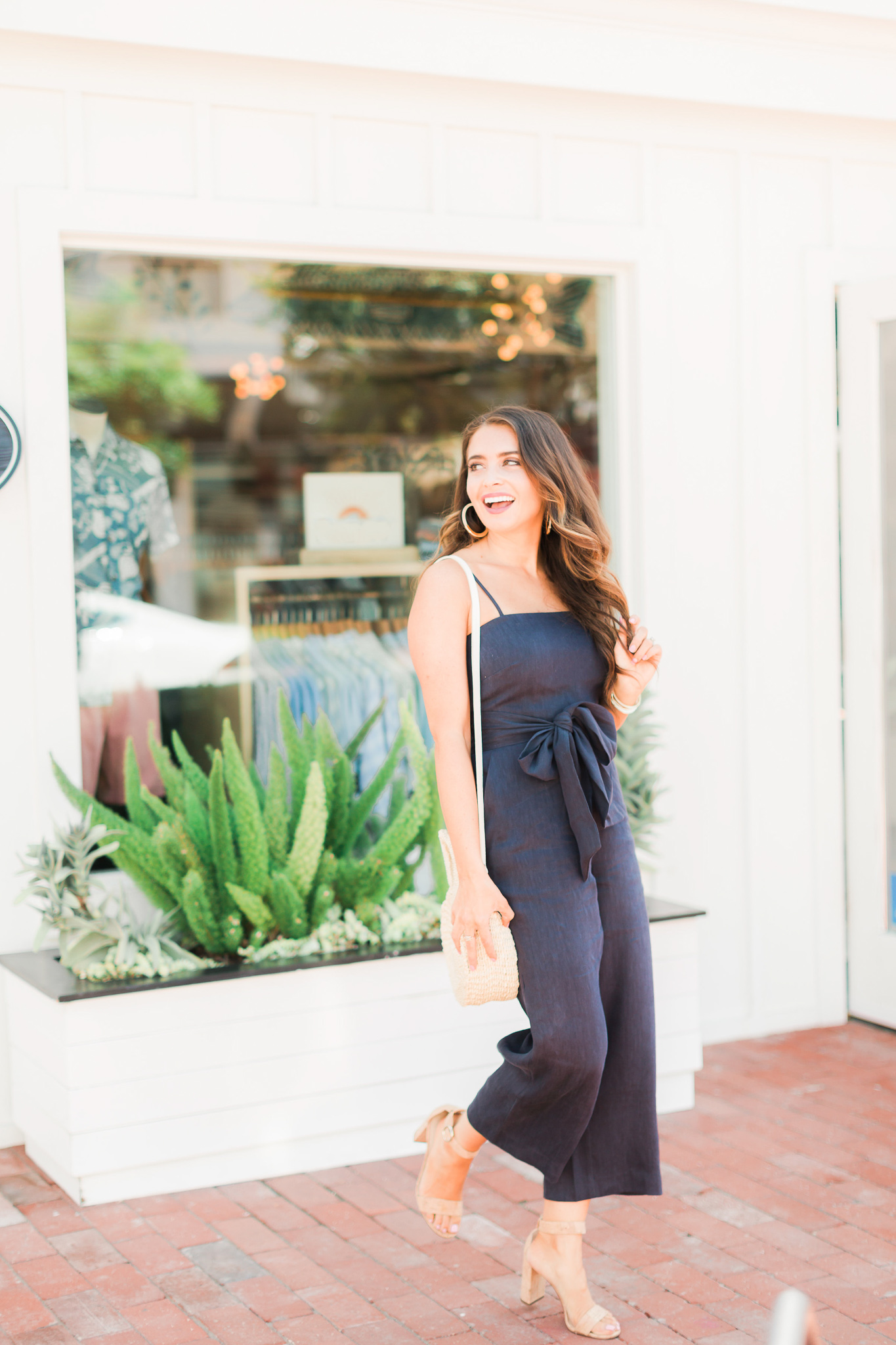 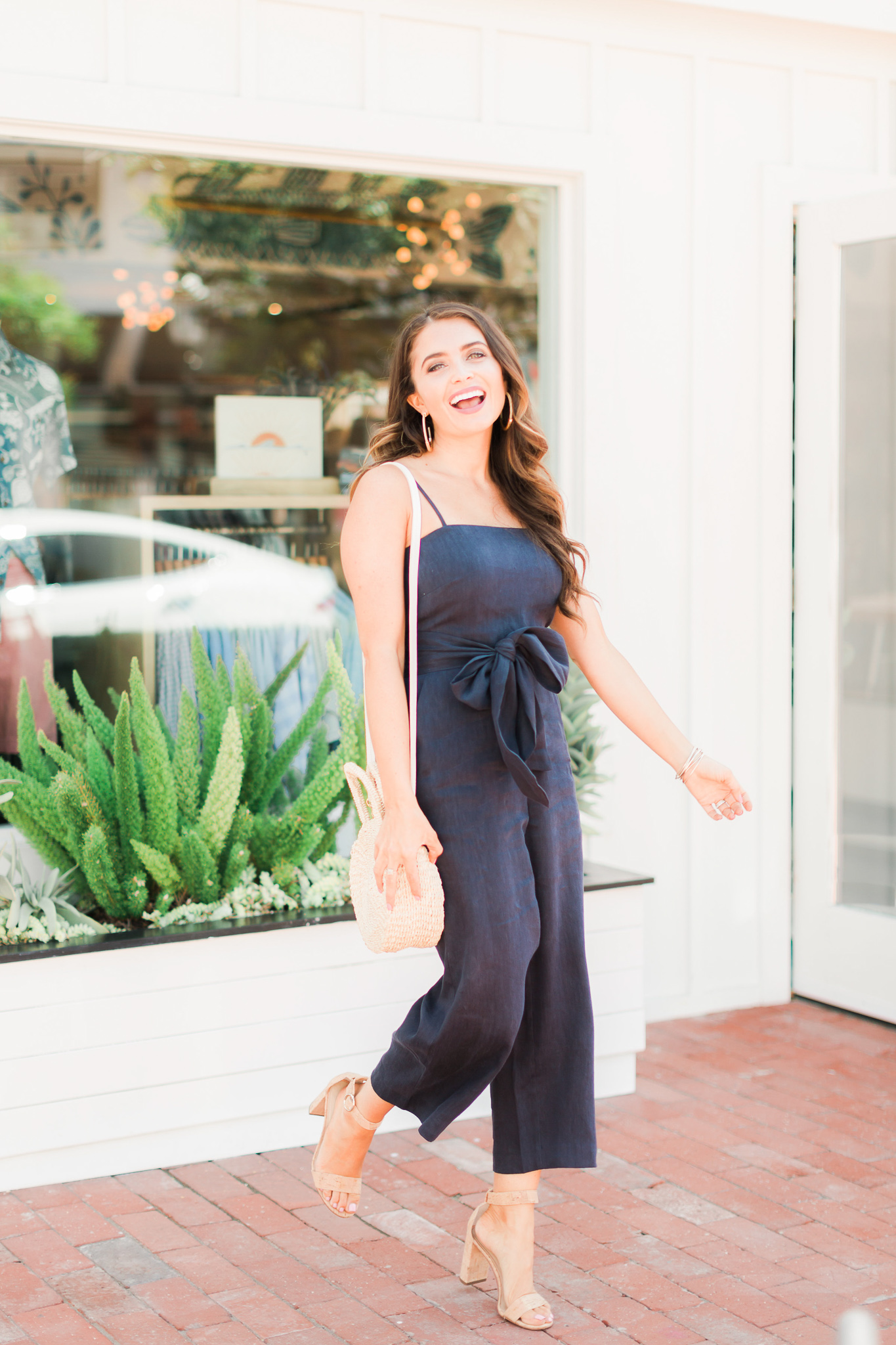 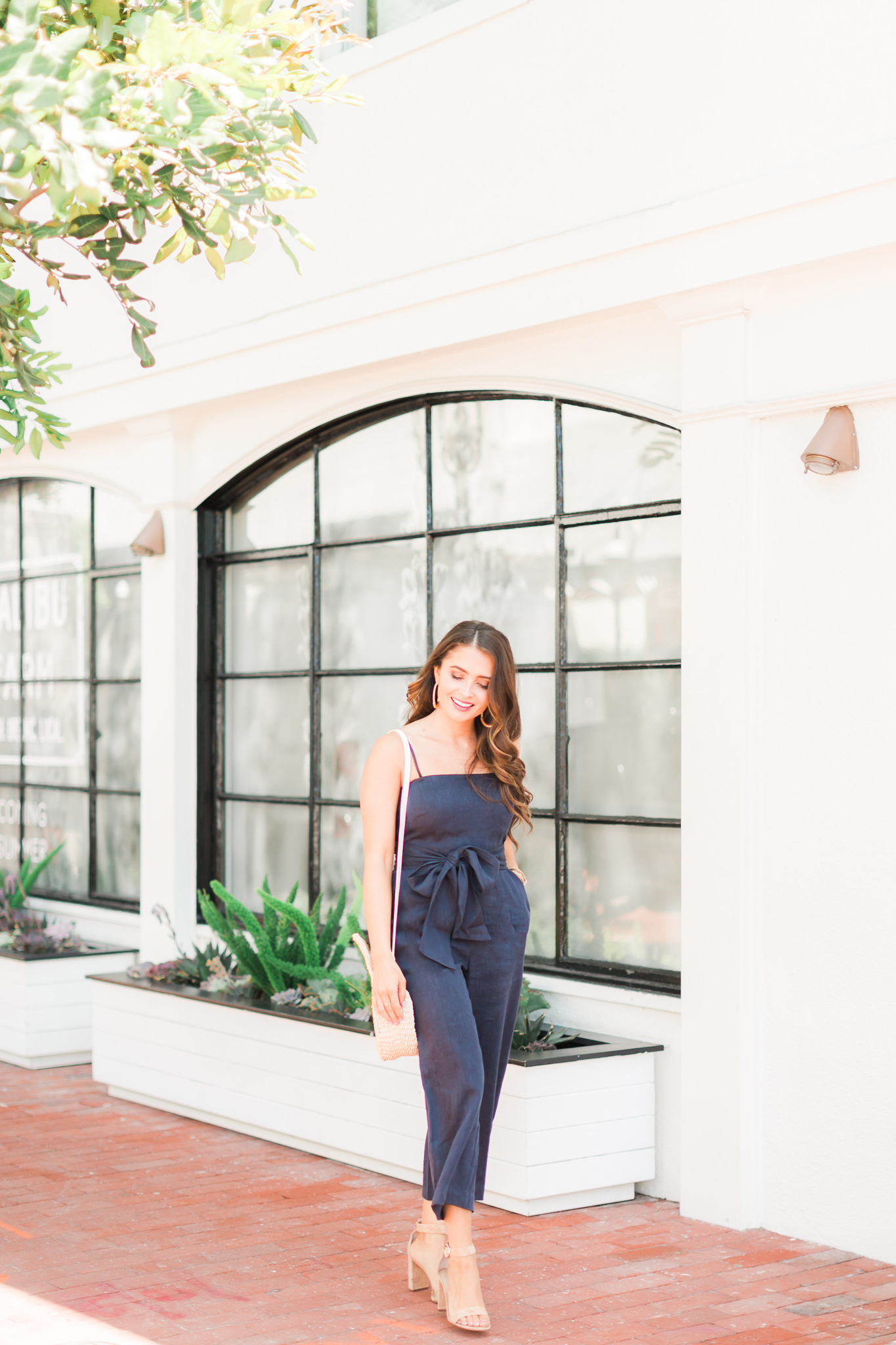 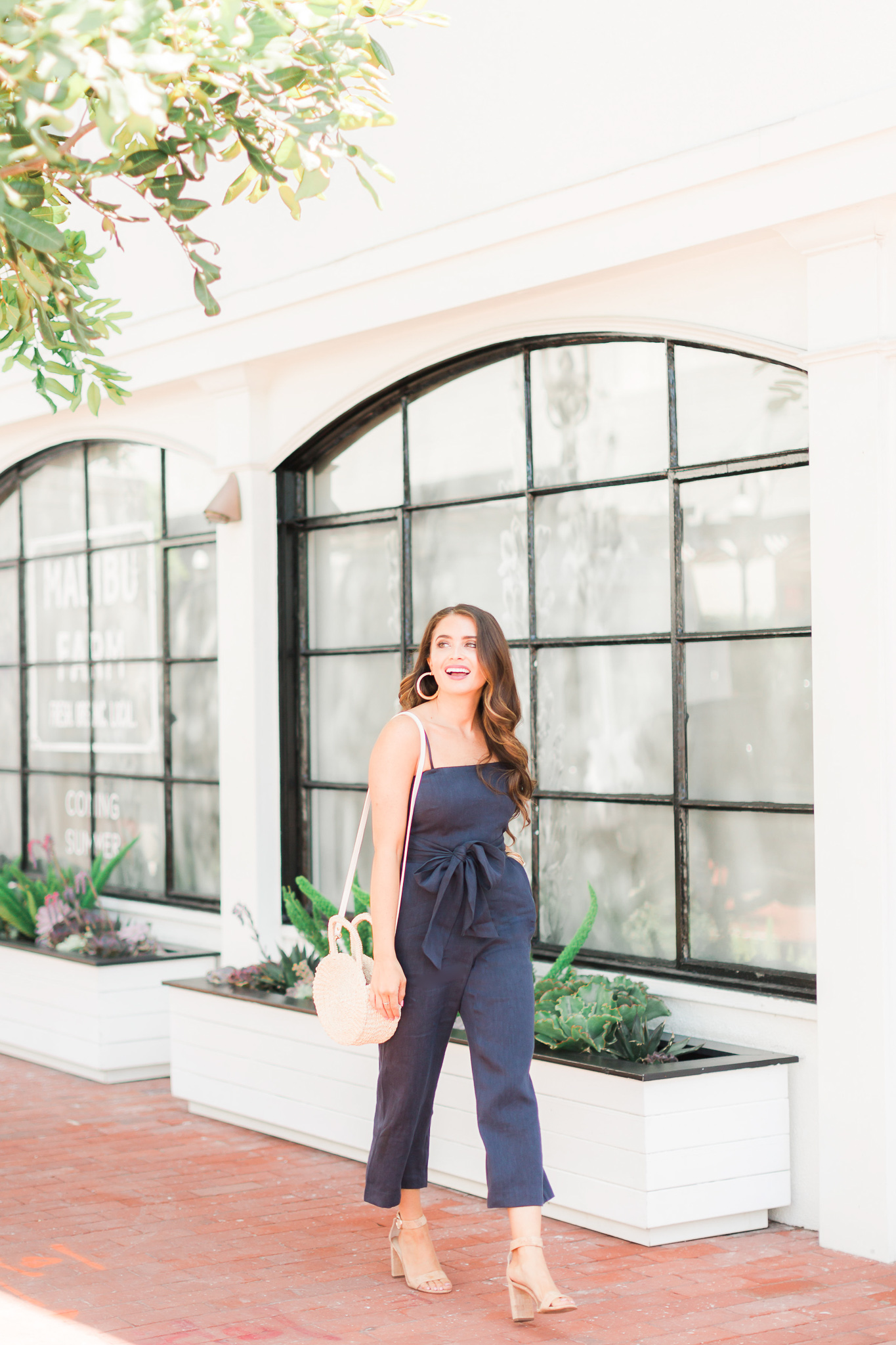 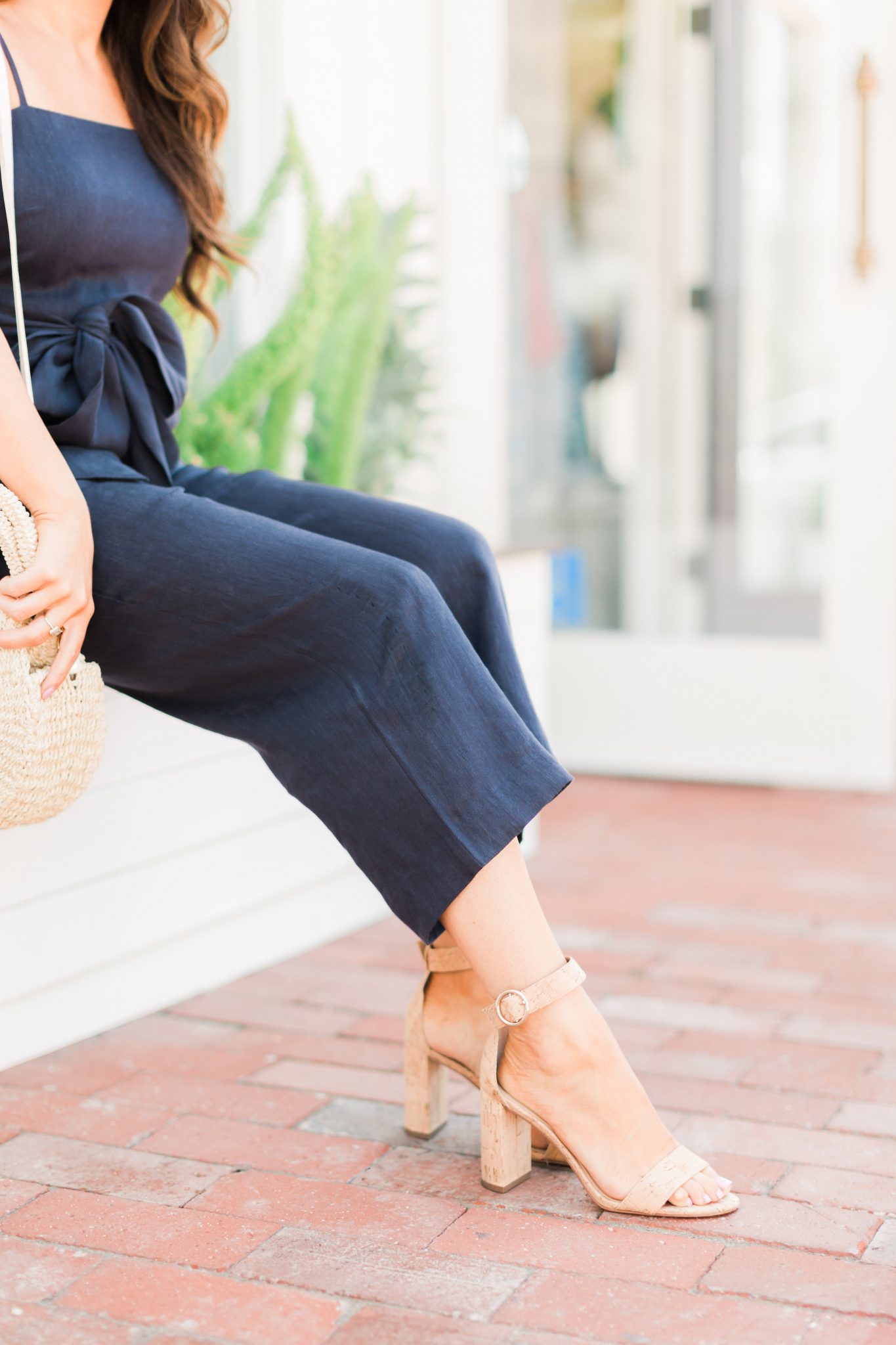 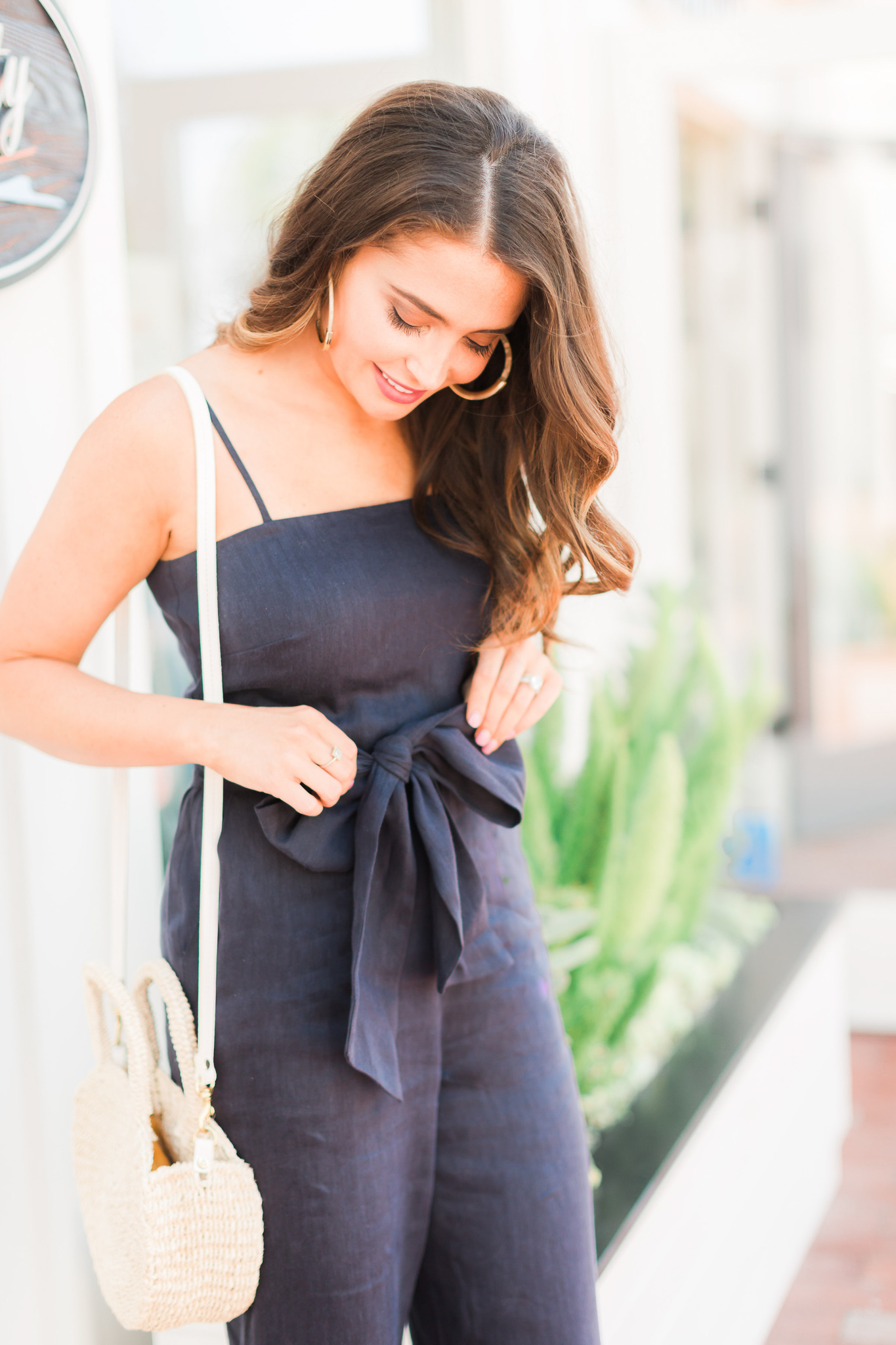 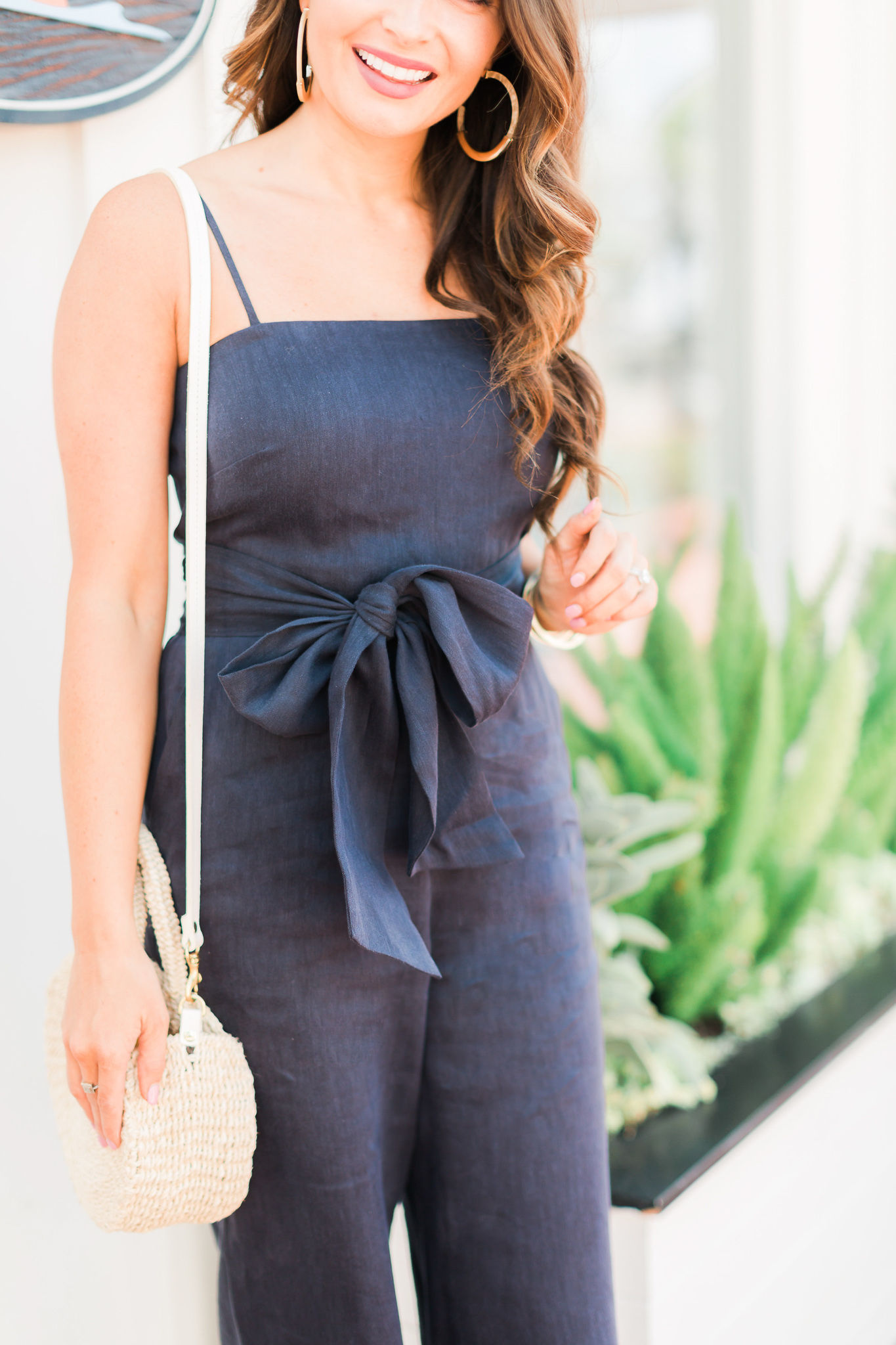 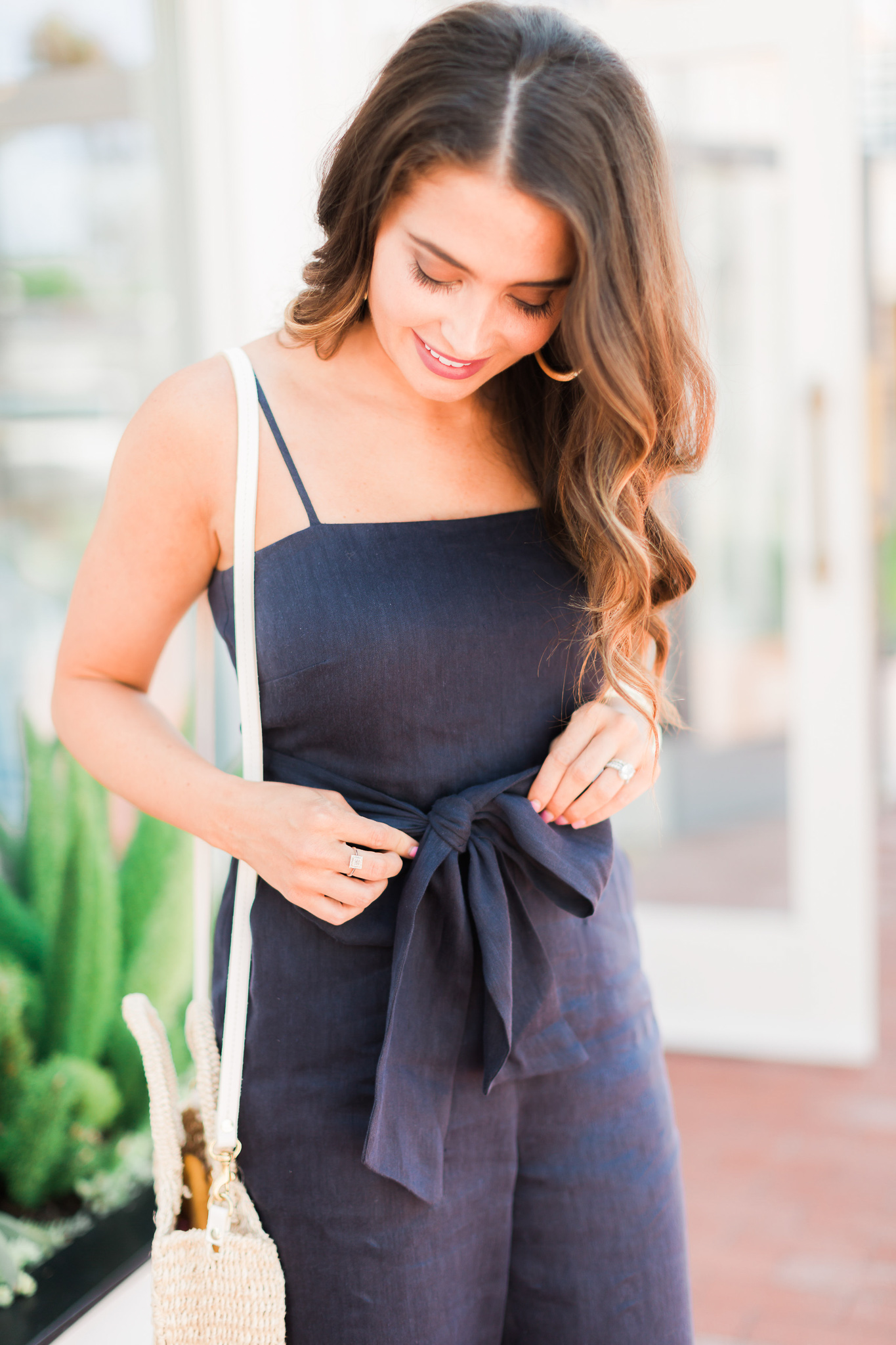 I love jumpsuits with ties at the waist. The tie really helps breakup the jumpsuit and defines your waist. The large bow on this one is super fun and draws attention to just the right place. I also love that it comes in petite so the cropped length will fit most heights well! The straps are adjustable which also helps it fit various sizes. 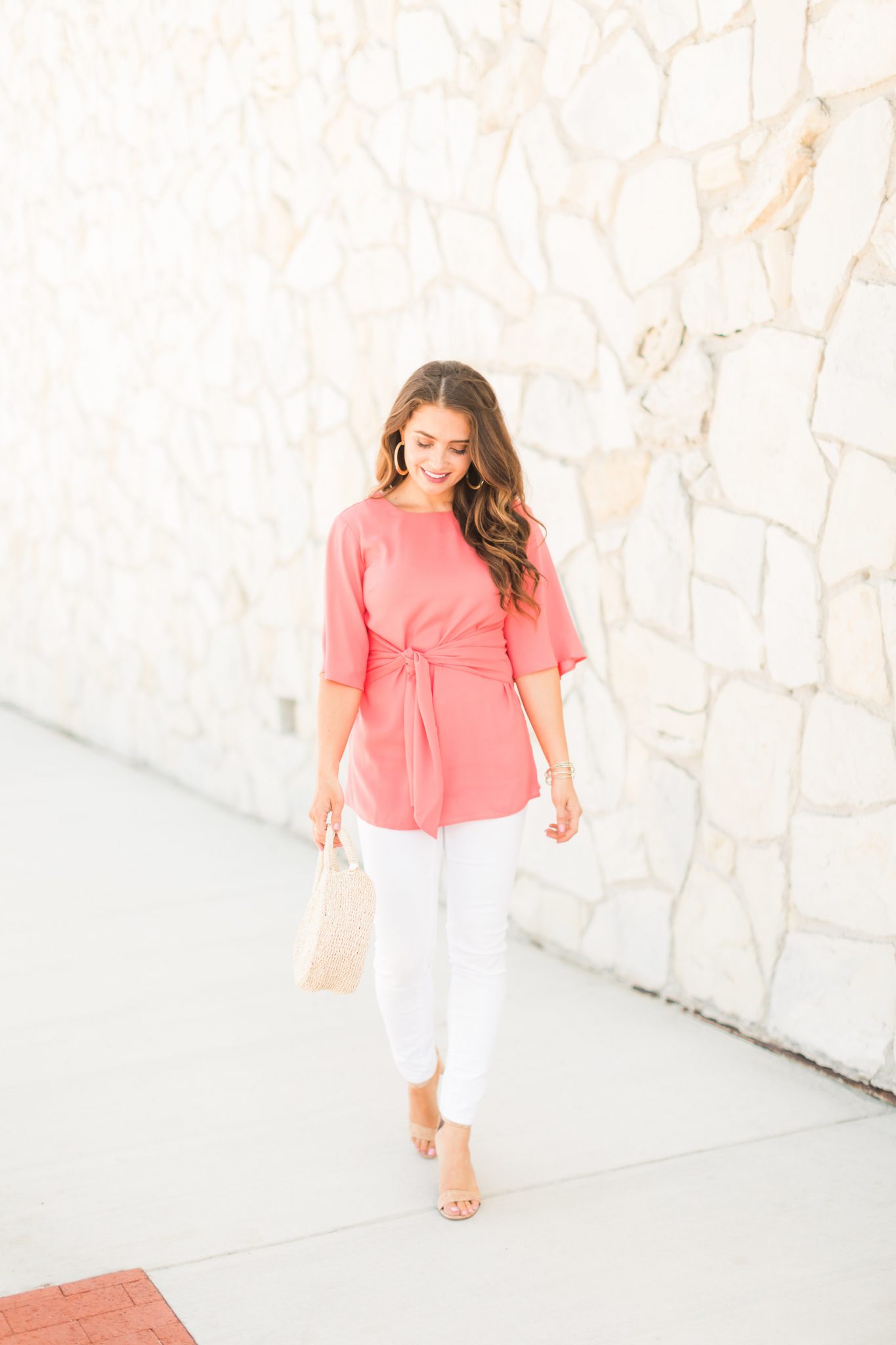 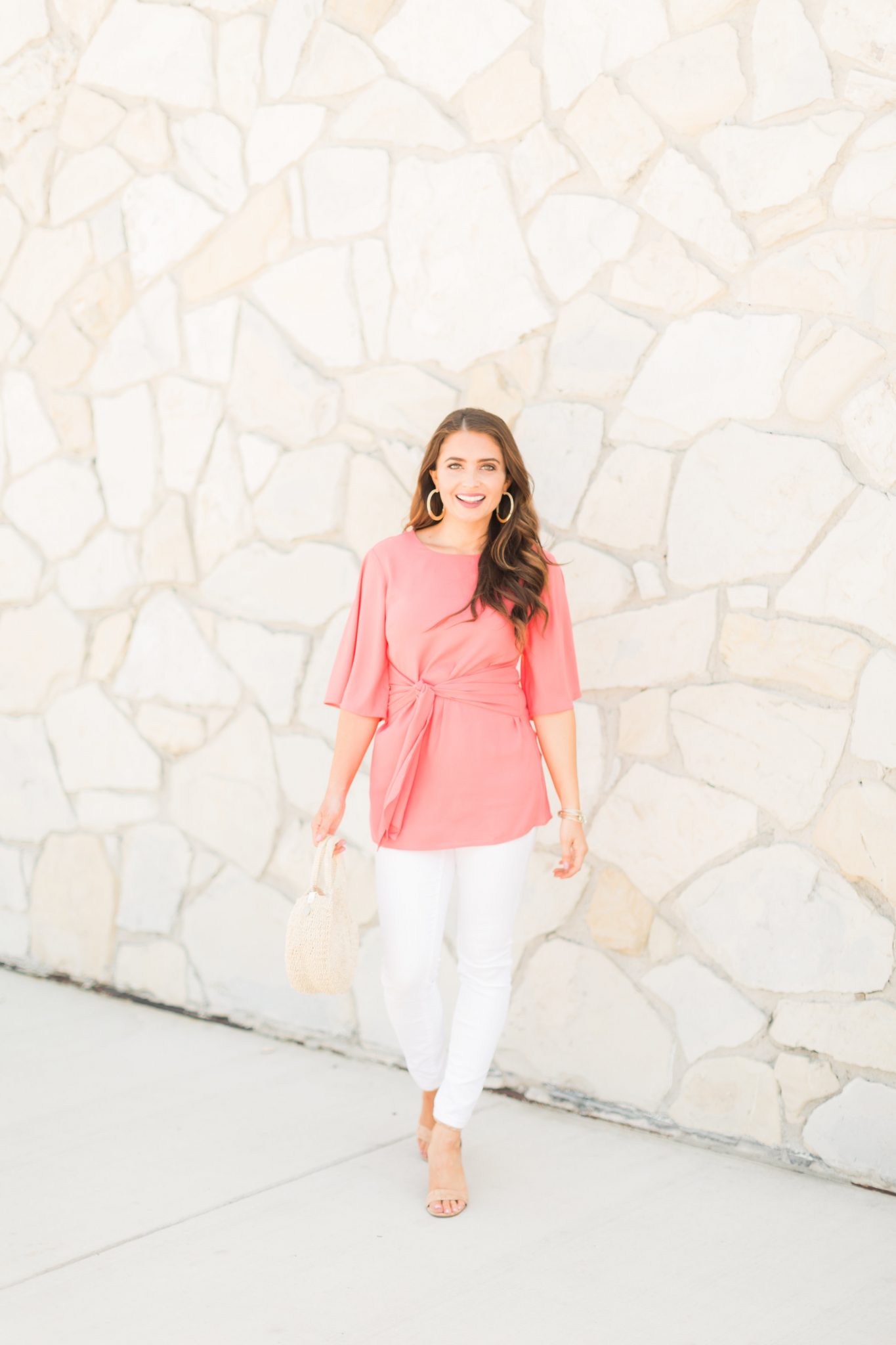 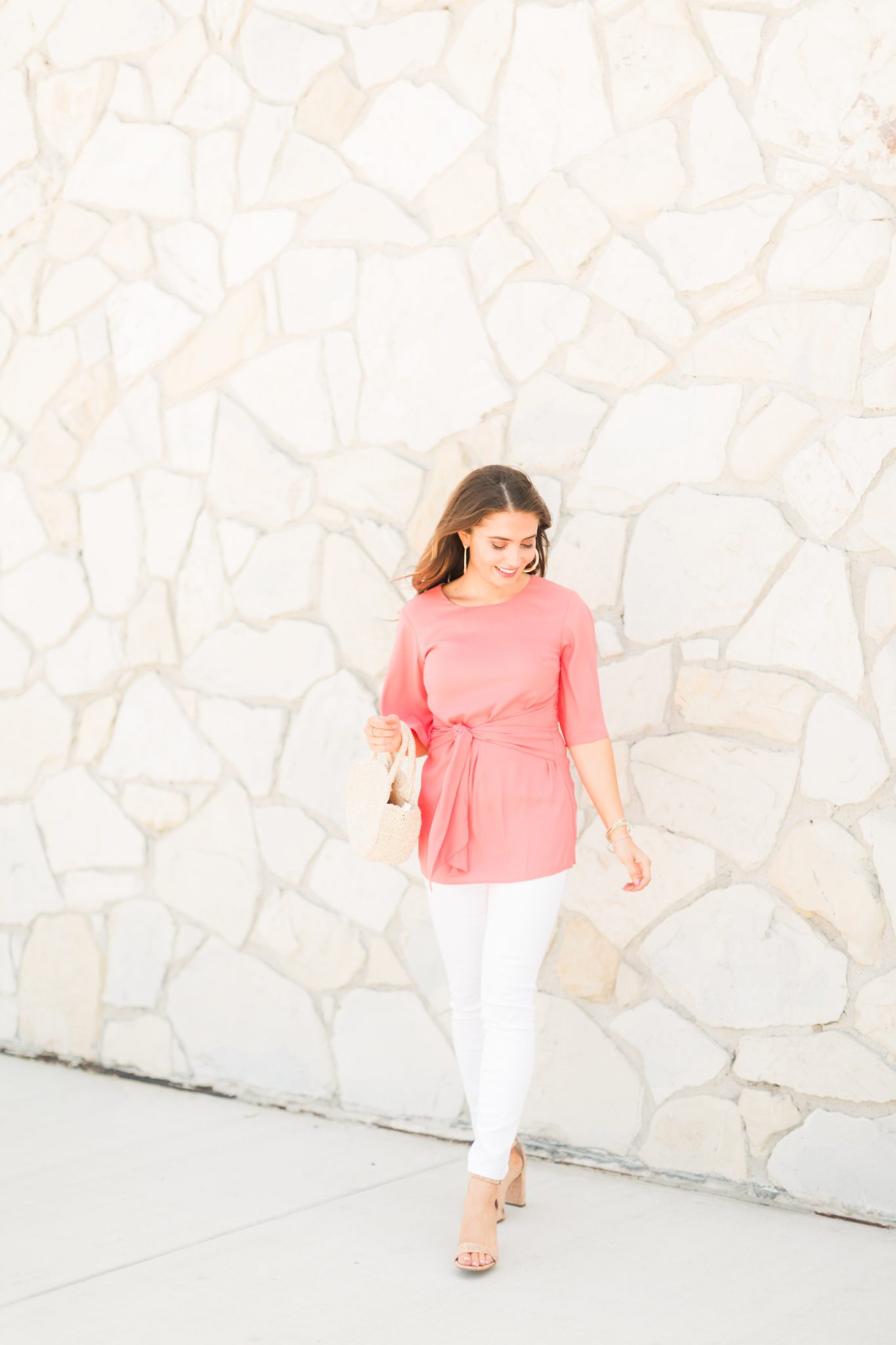 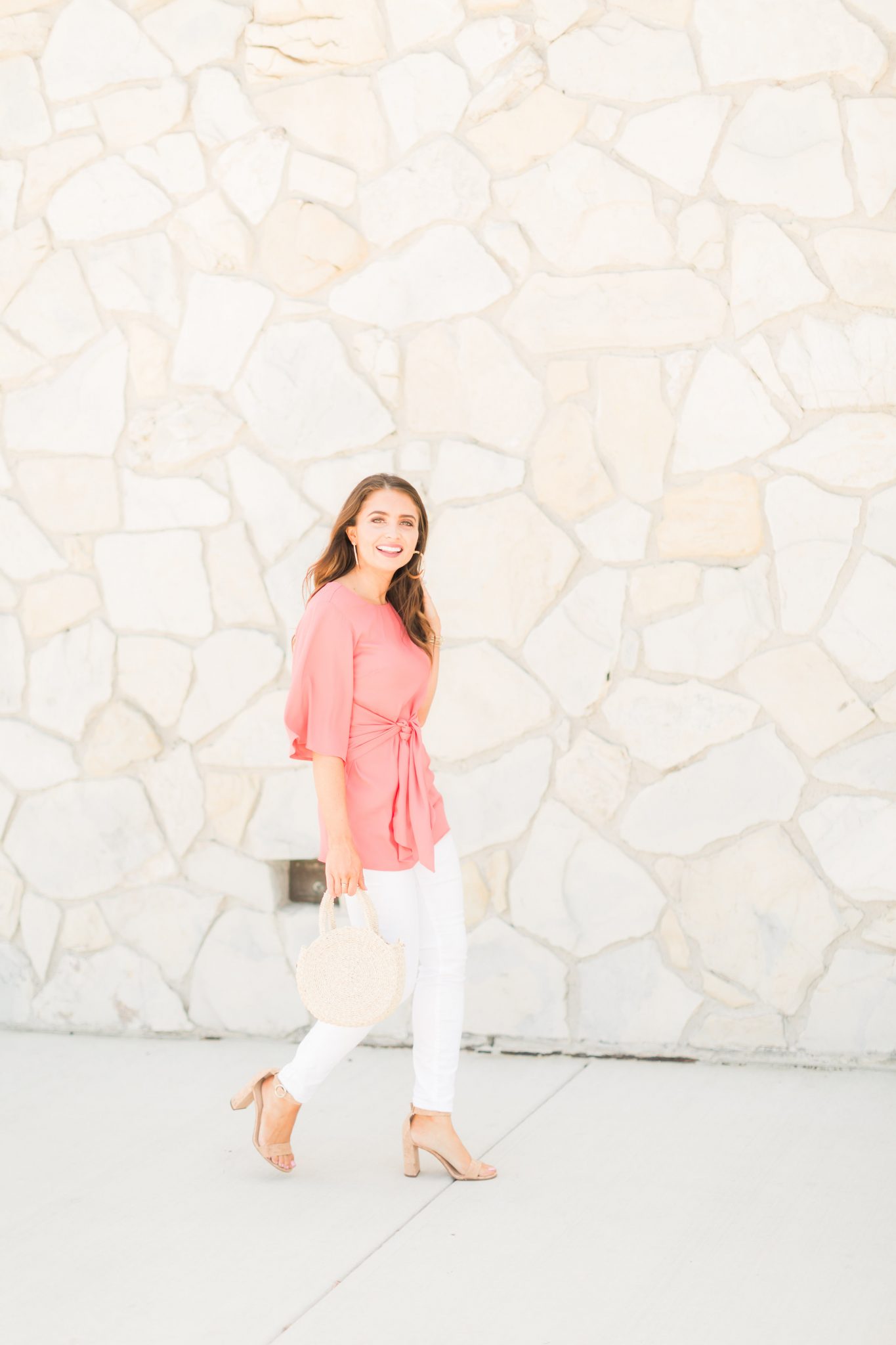 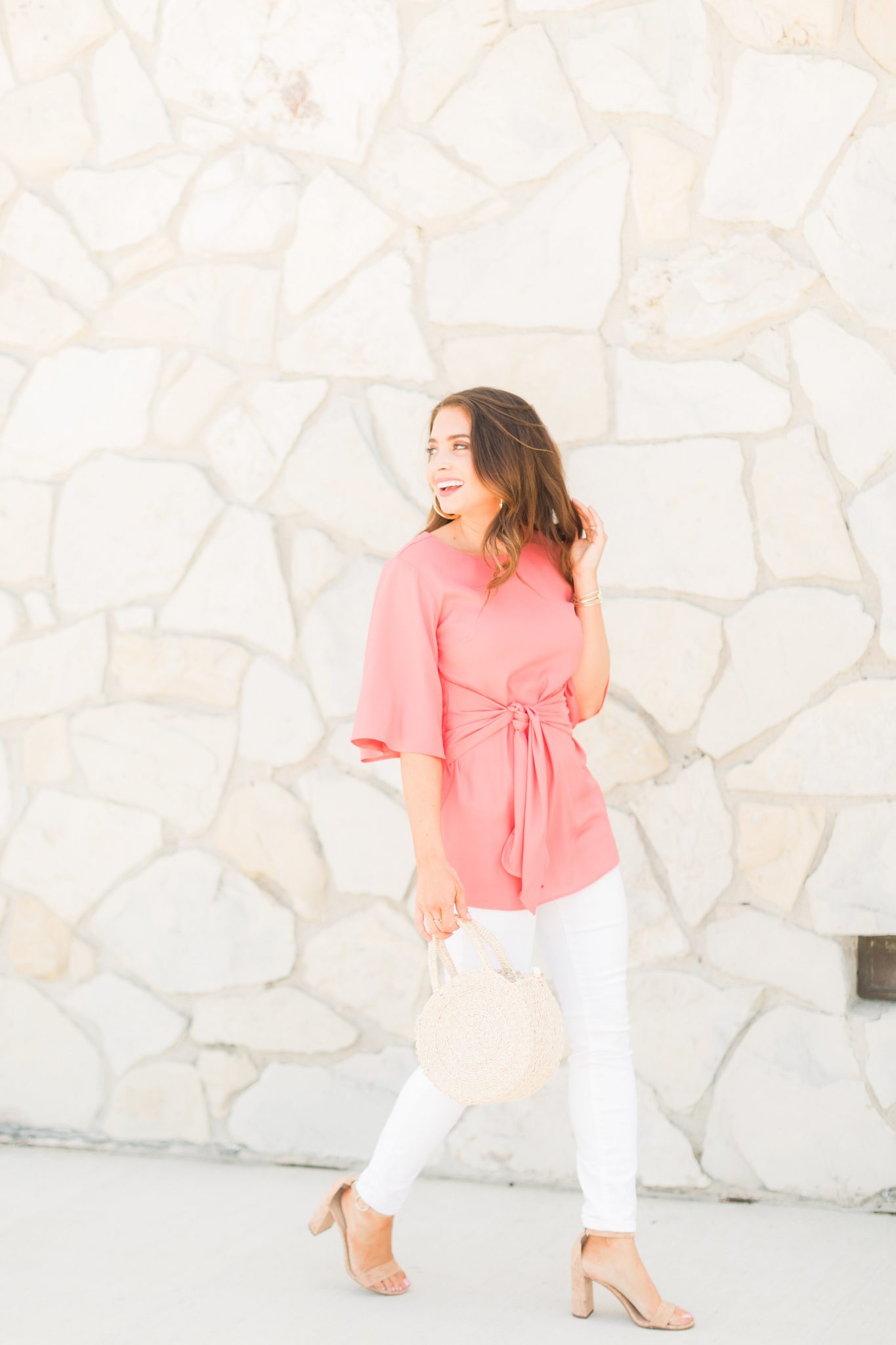 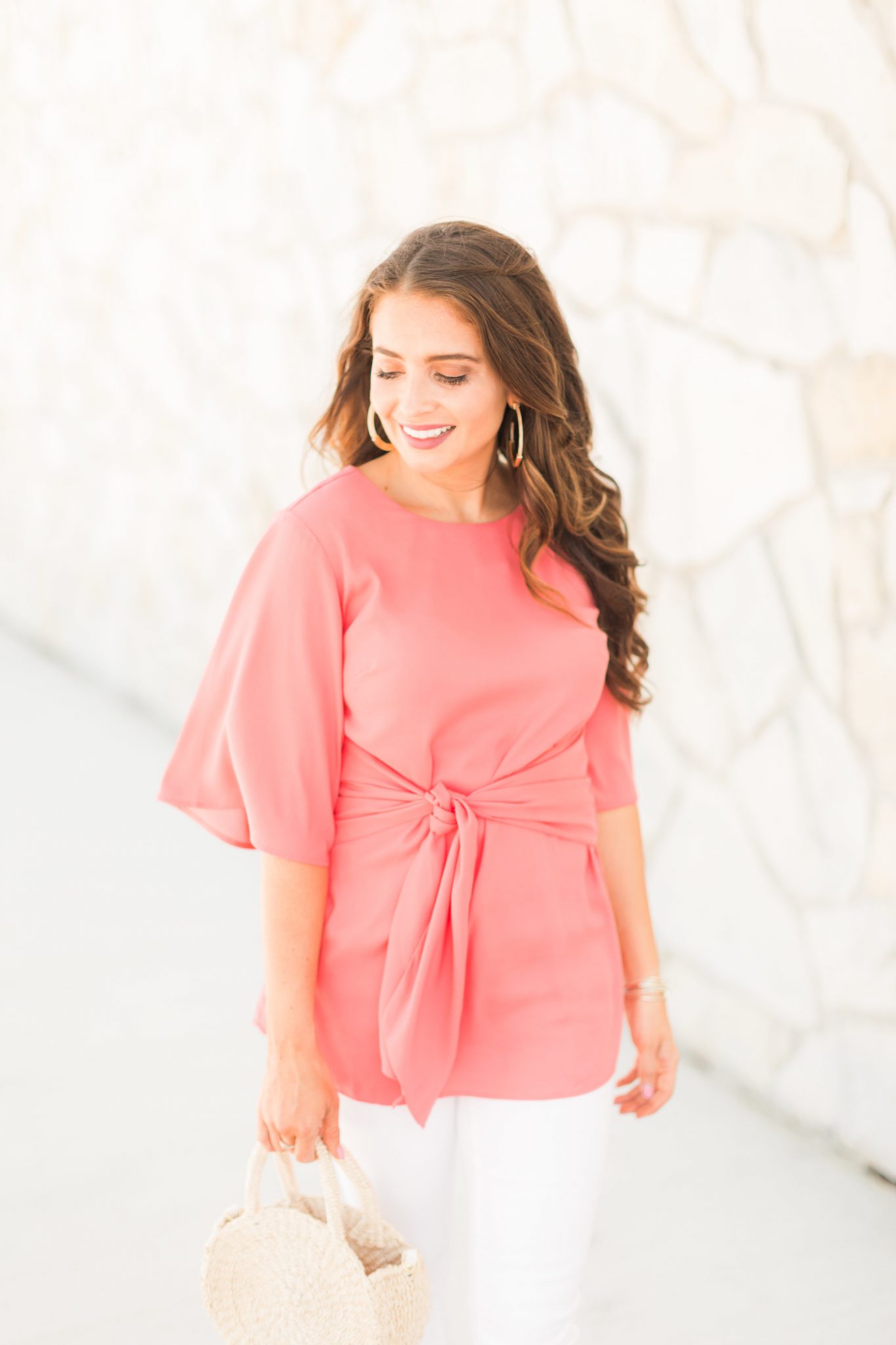 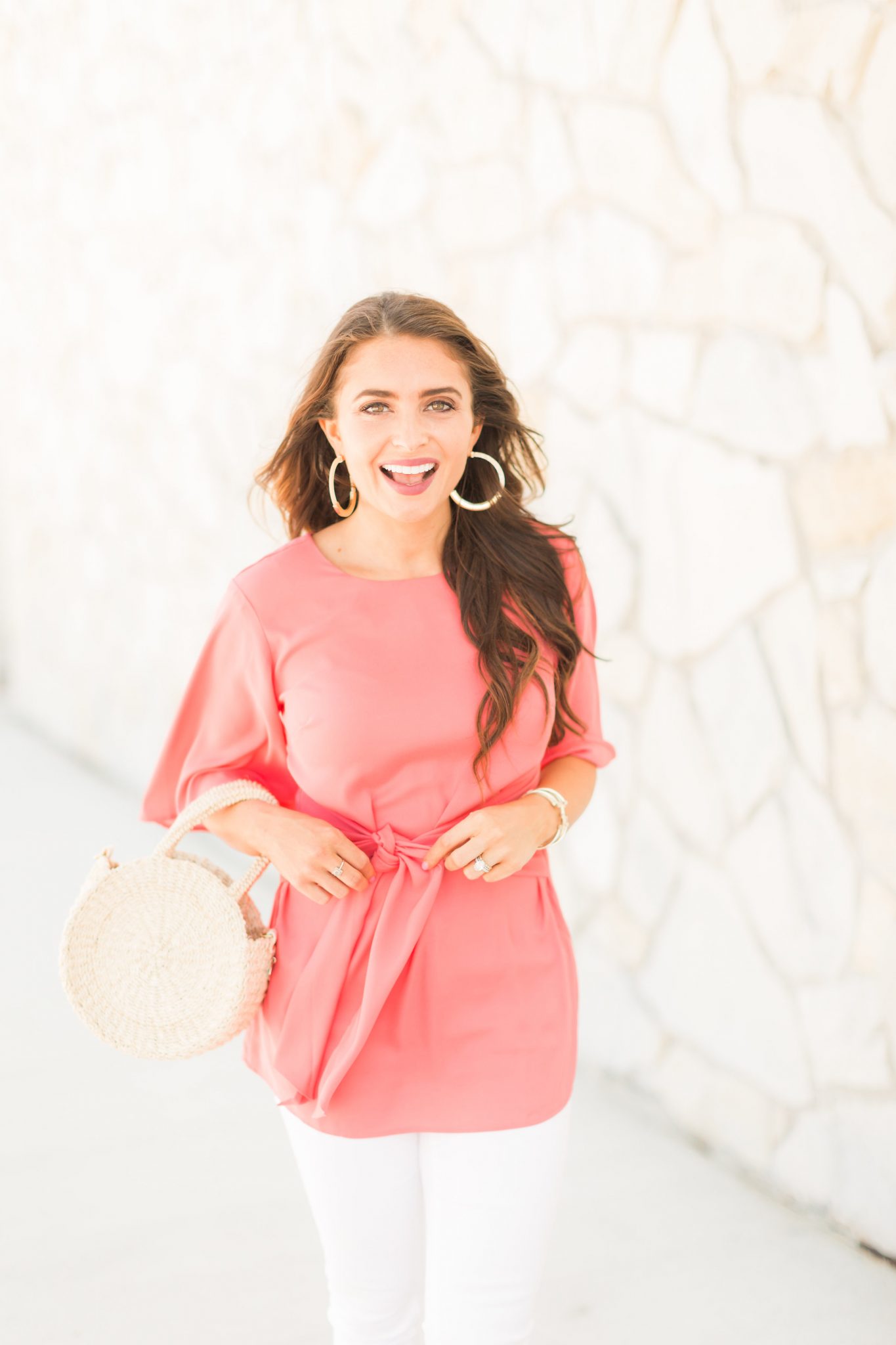 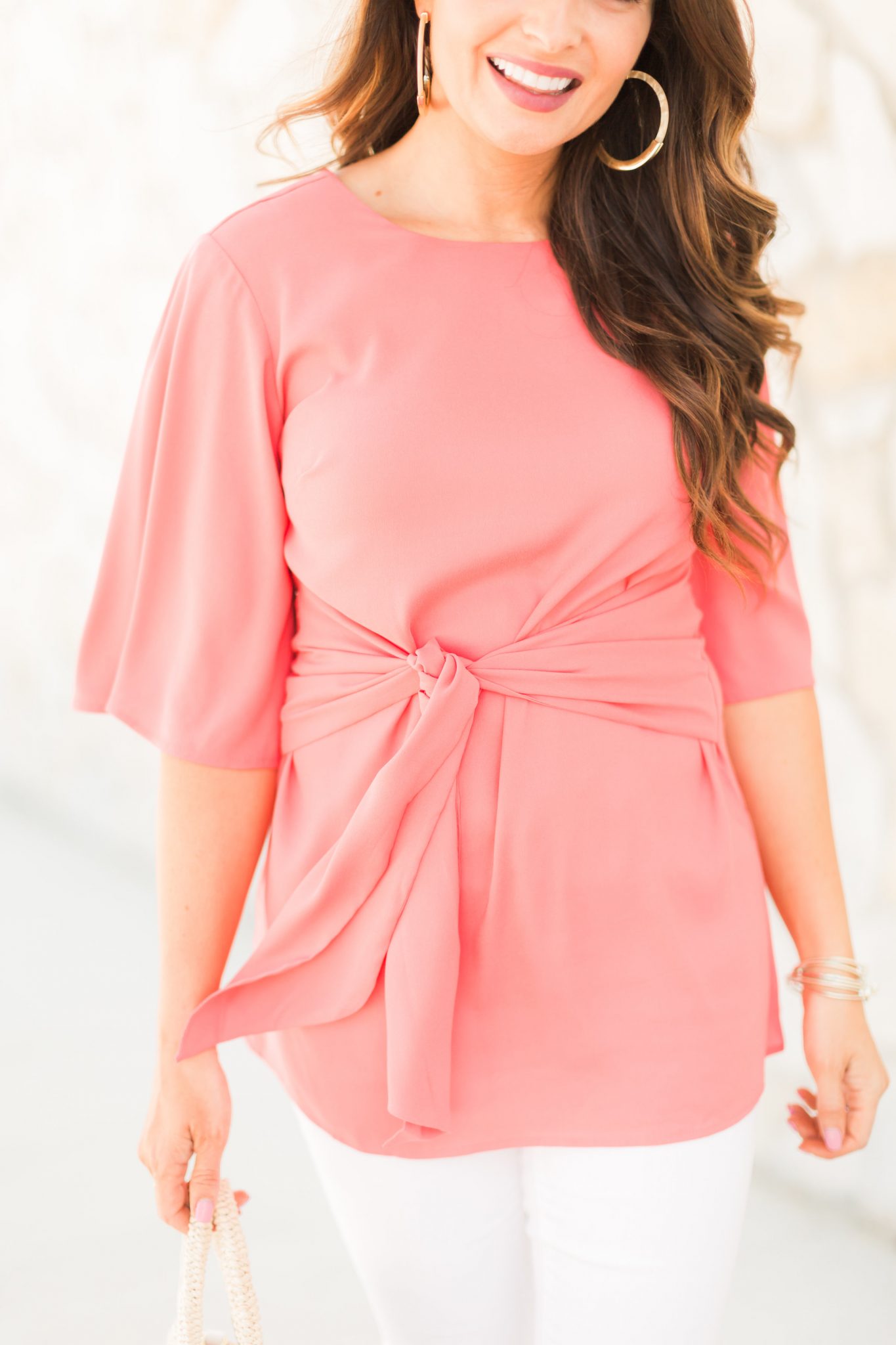 This pink tunic tie waist top is another perfect example of how flattering a tie detail is. I normally stay away from tunics because I think longer tops can be overpowering on my frame. The tie detail on this one accentuates my waist and helps me feel confident even when wearing a style I don’t normally consider. Adding a belt or tie to a tunic is a great way to create shape on a longer piece. Another thing I love about this top is the color. It looks great paired with white denim. I absolutely love my Ann Taylor white denim. They’re the perfect length and come in tall, regular and petite, as well as curvy. 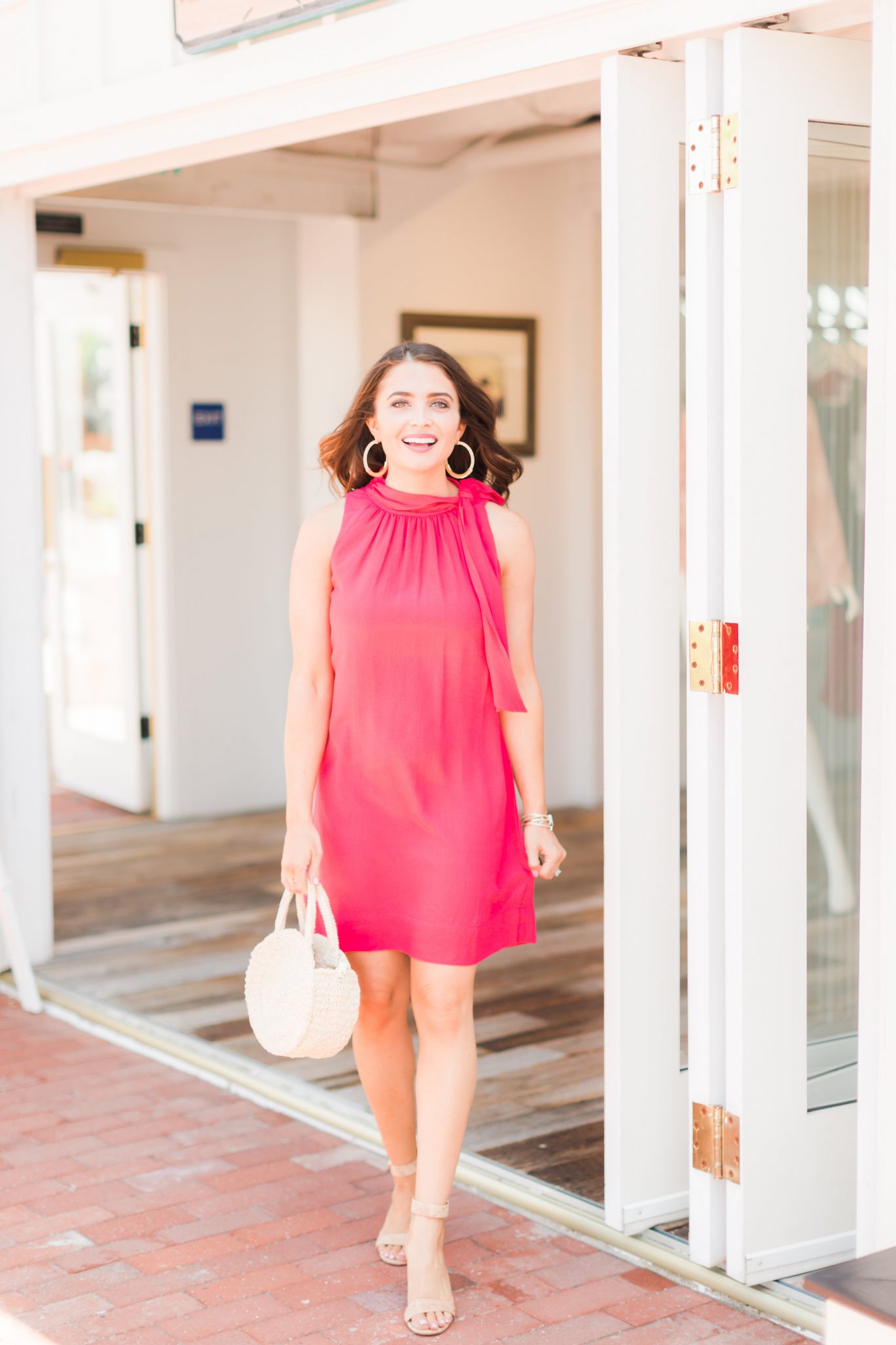 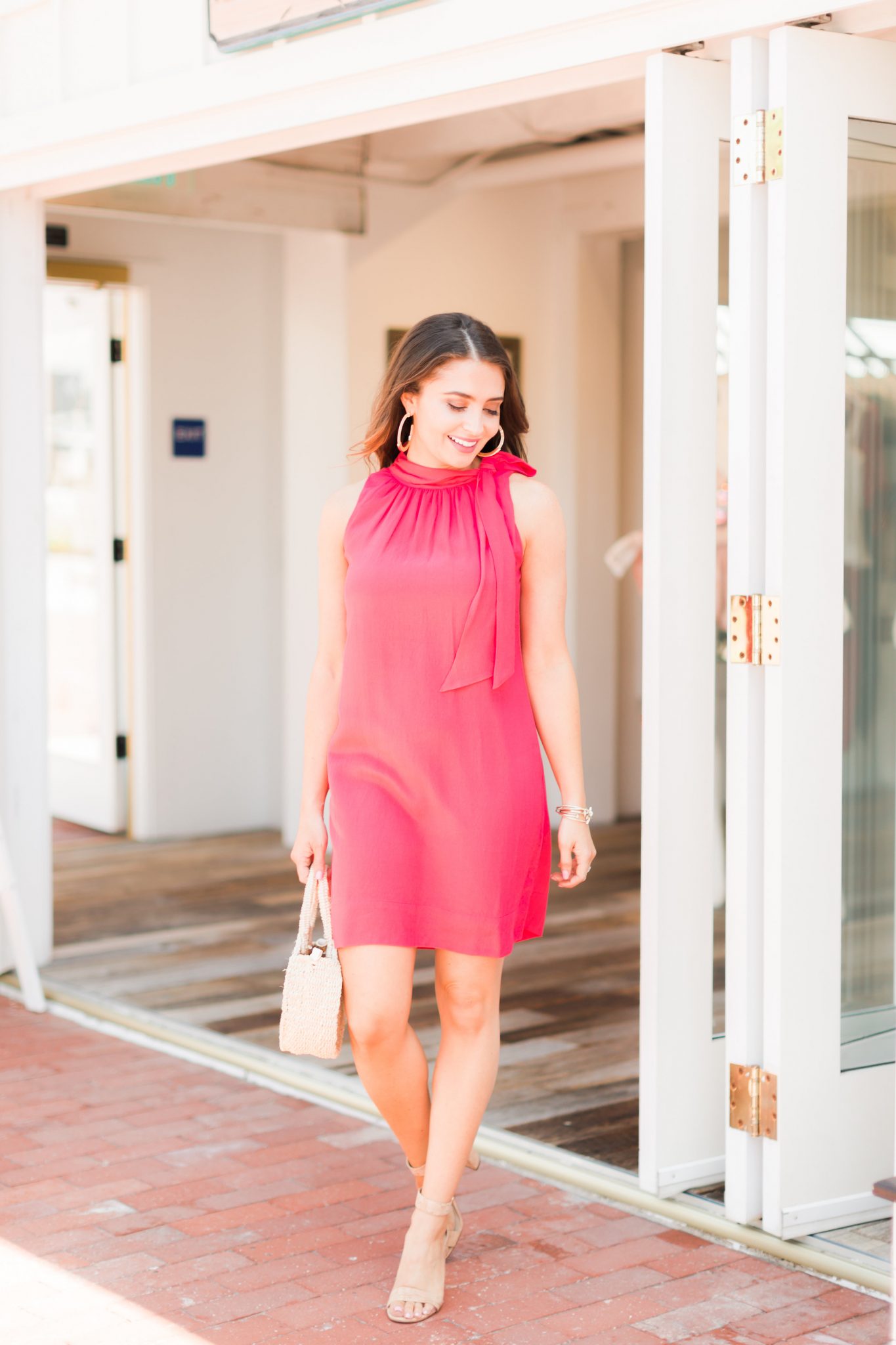 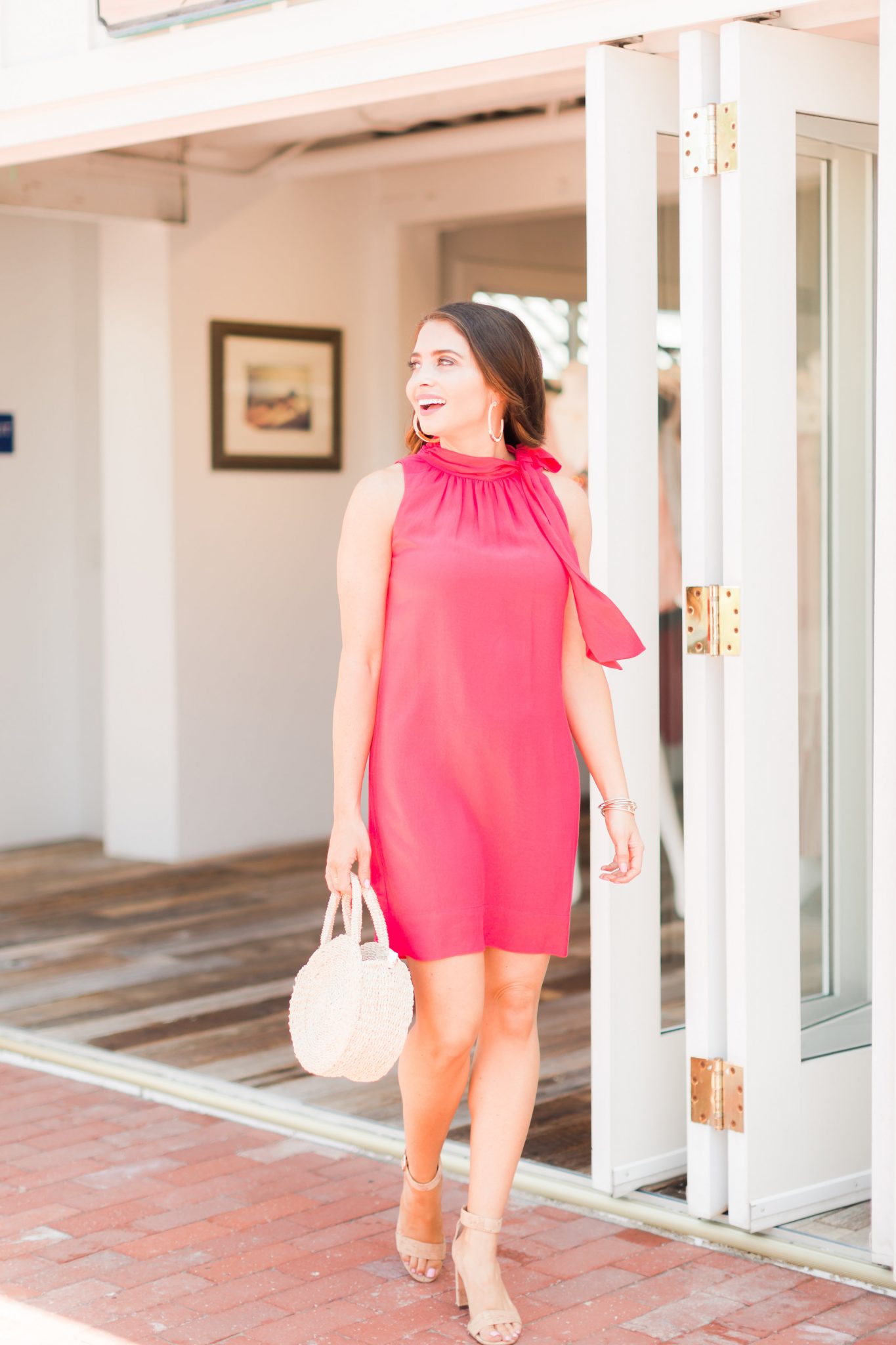 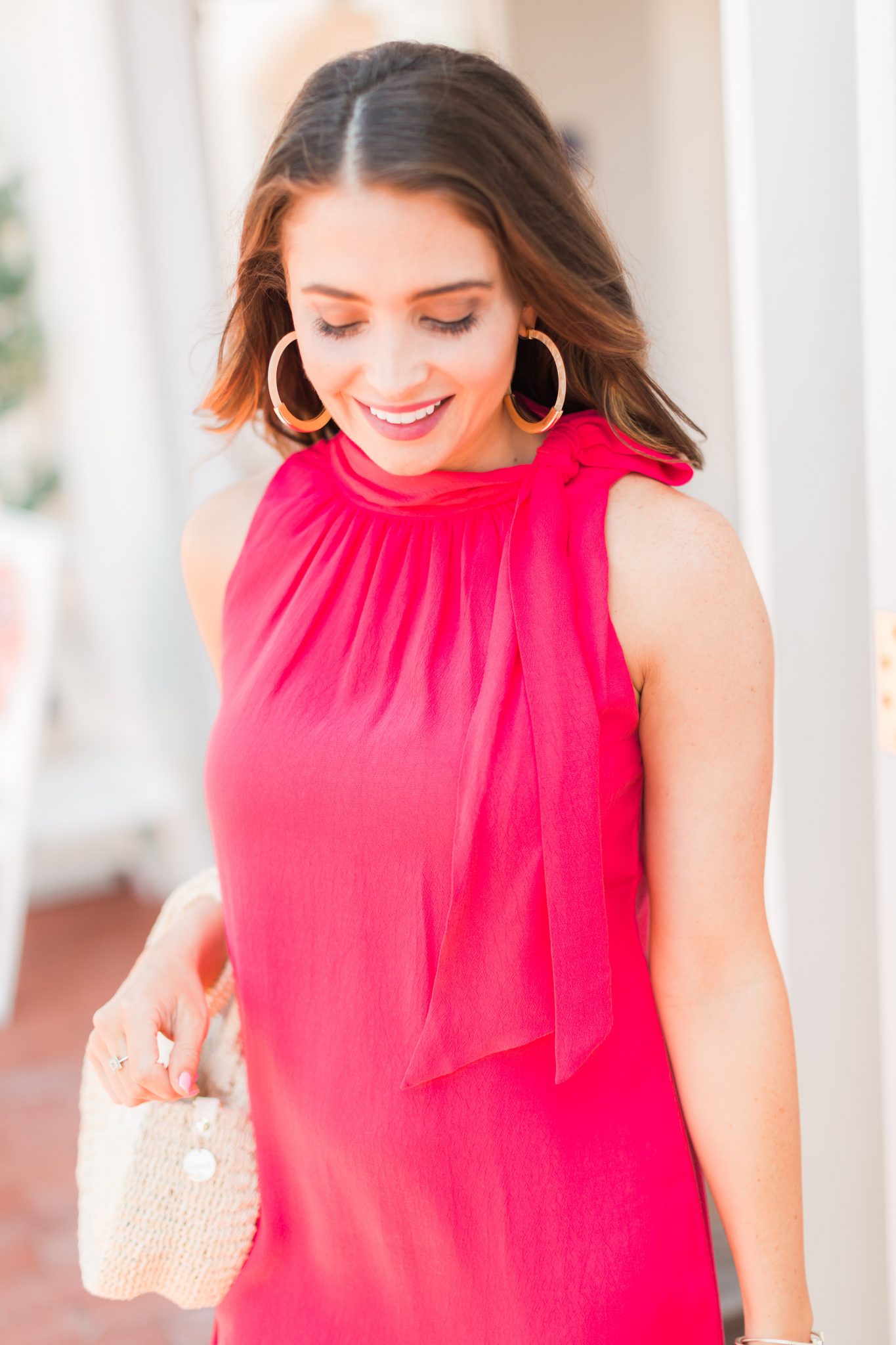 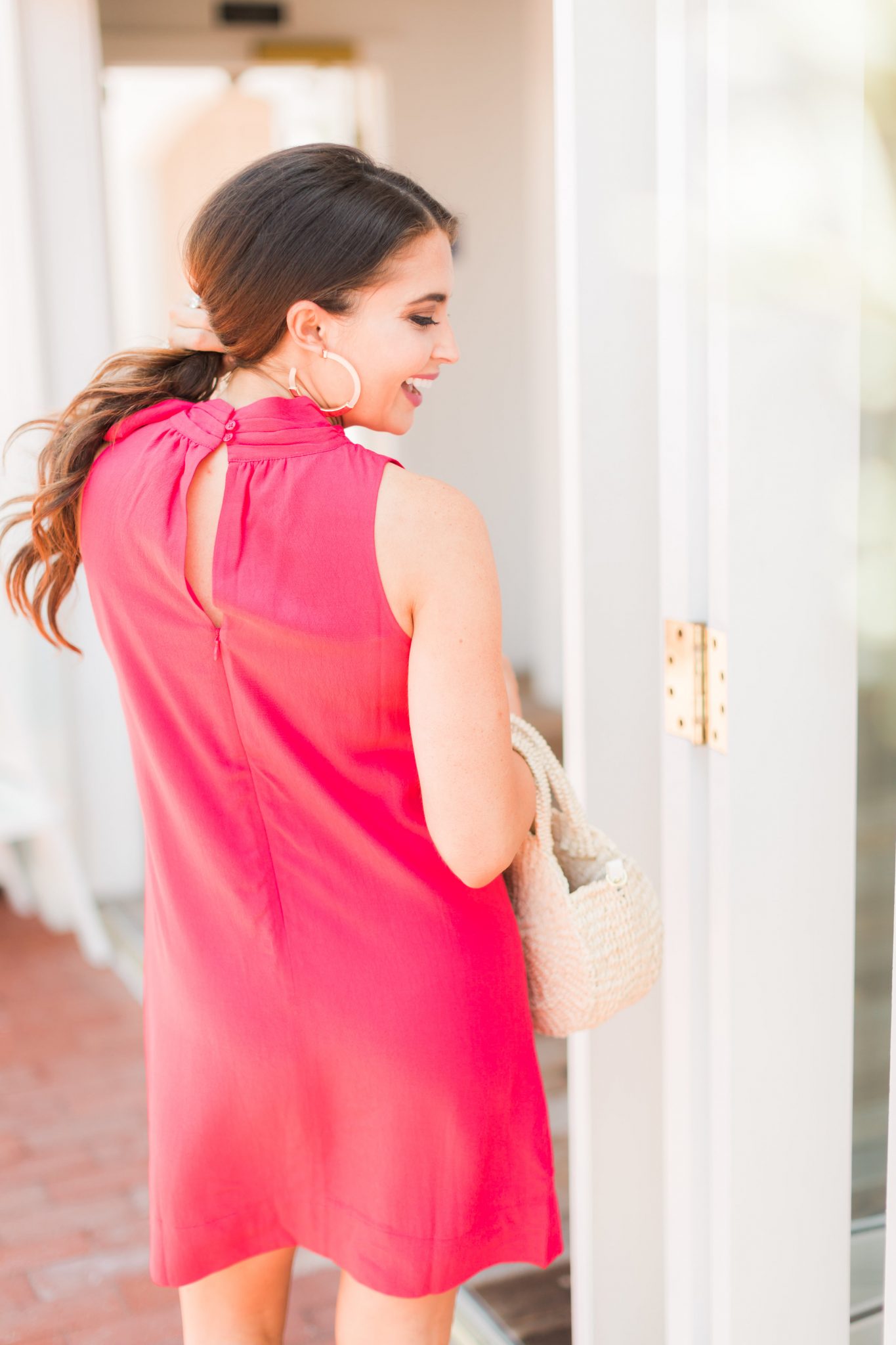 First, I am obsessed with the color of this dress! I think I would love anything in this color regardless of the style. However, the style of this dress is also amazing. Sheath dresses are something else I don’t usually wear. The details on this dress make it super flattering though. First, the tie detail at the neck draws attention to such a delicate area of your body so even though the dress is not form fitted, the eyes will go to a small part of your body. I also adore the back of this dress. The button closure and slit are the perfect feminine touch. This would be the perfect dress for a summer wedding or  a girl baby shower.

Next time you’re out shopping, I hope you’ll keep these tips in mind and are able to find a cute new item with tie details!

Ann Taylor is also having a huge semi-annual sale. I rounded up my favorites from the sale and you can shop them here:

*THIS FIGURE FLATTERING CLOTHES POST IS SPONSORED BY ANN TAYLOR. ALL PRODUCTS WERE PICKED OUT BY ME, AND ALL OPINIONS ARE 100% MY OWN. PARTNERSHIPS LIKE THIS MAKE MAXIE ELLE POSSIBLE.