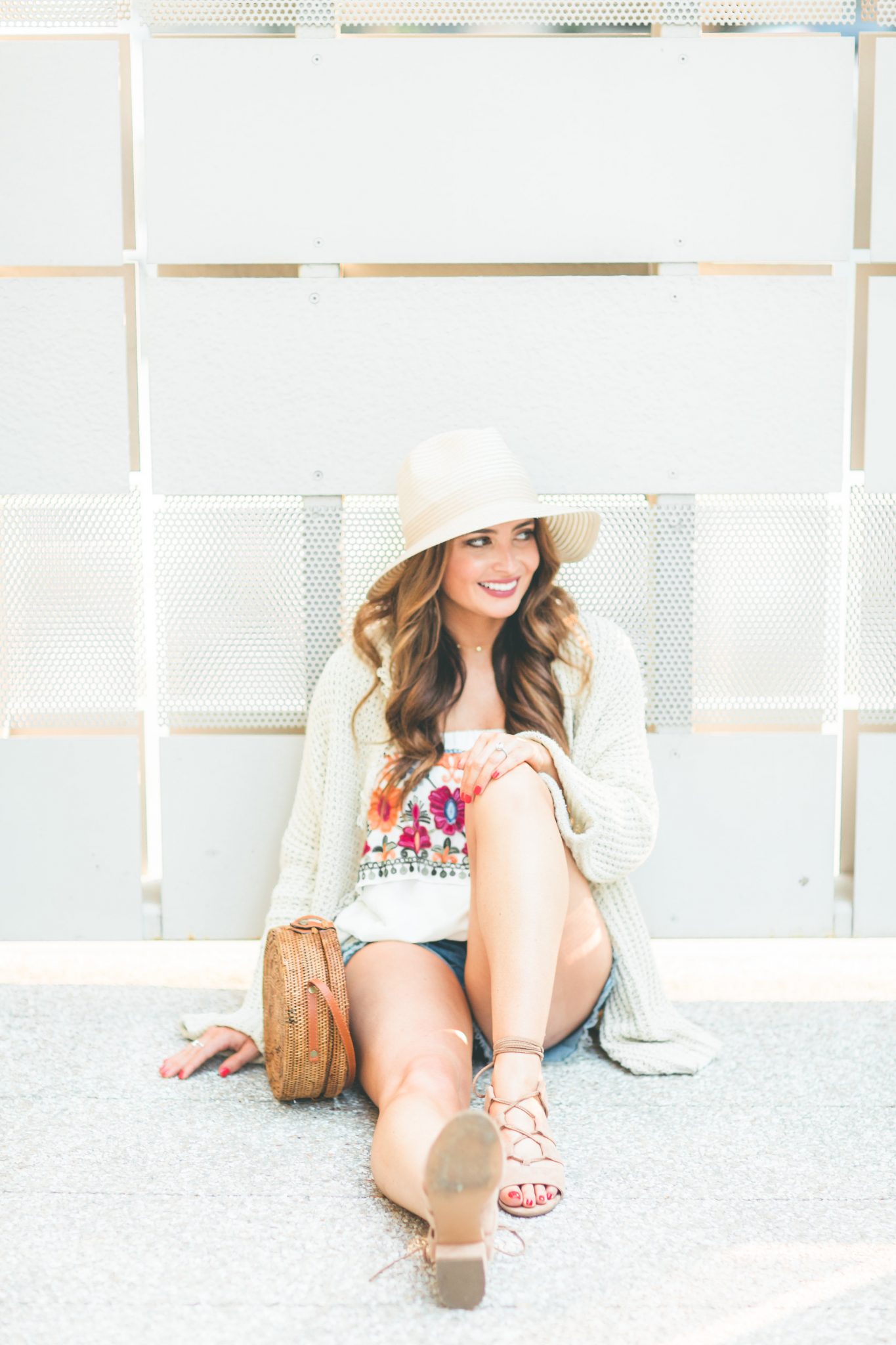 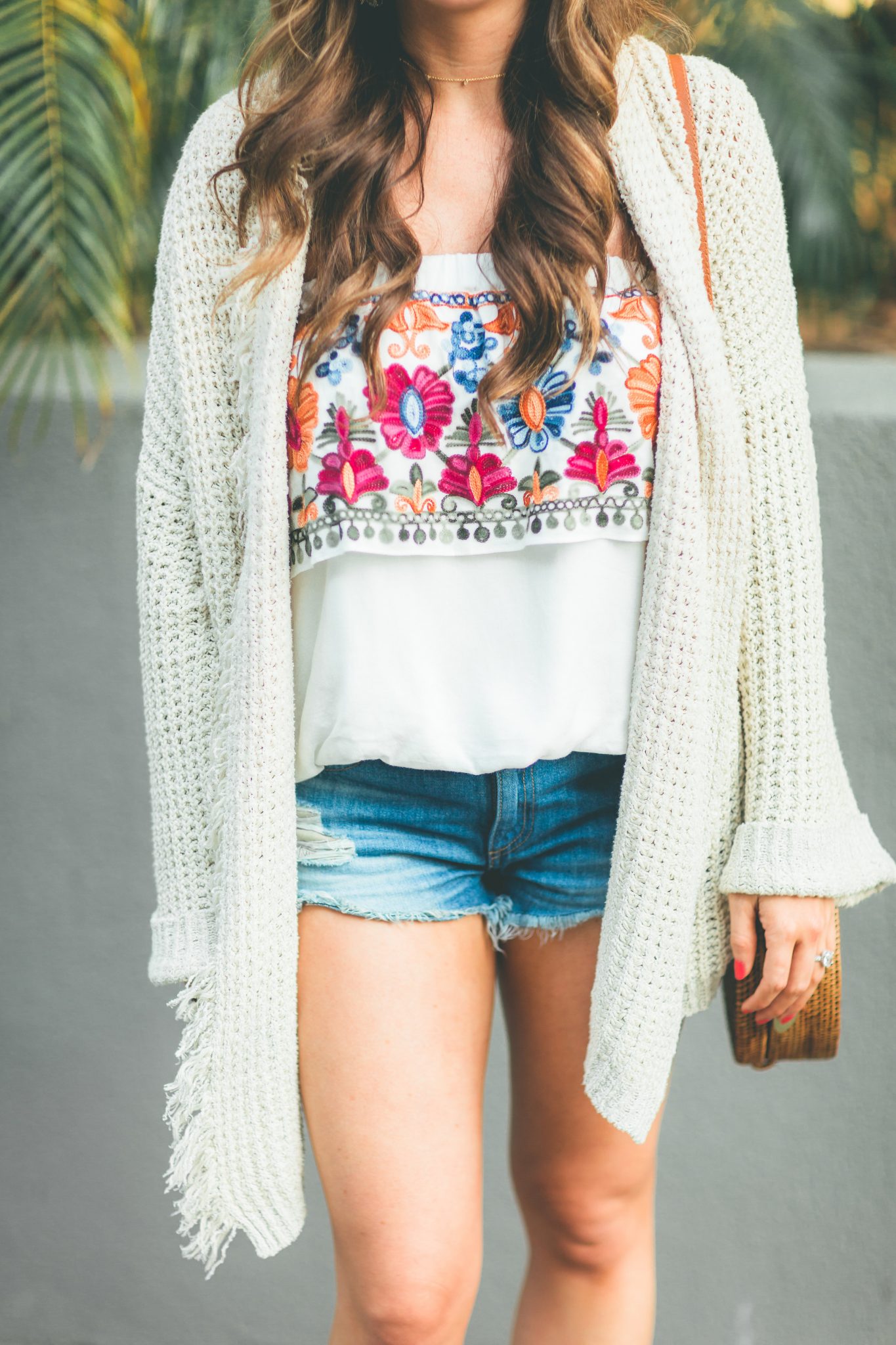 I hope y’all had a wonderful weekend! We went to a wedding design planning meeting on Friday that took four hours. My fiancé is such a trooper! He listened to all the napkin, silverware, and linen options and much more. I’m pretty indecisive so I’m fortunate to have fiancé that joins these meetings. Otherwise, they might take even longer. Last night we went to the Ed Sheeran concert. He is so good live and is crazy talented. Galway Girl was my favorite because it’s so fun to sing and dance to. Is anyone else feeling like summer is starting to wind down way too quickly? August always creeps up on me. The fun beach look I’m sharing today is perfect for now and the transition into fall. You can really wear this sweater in any season. 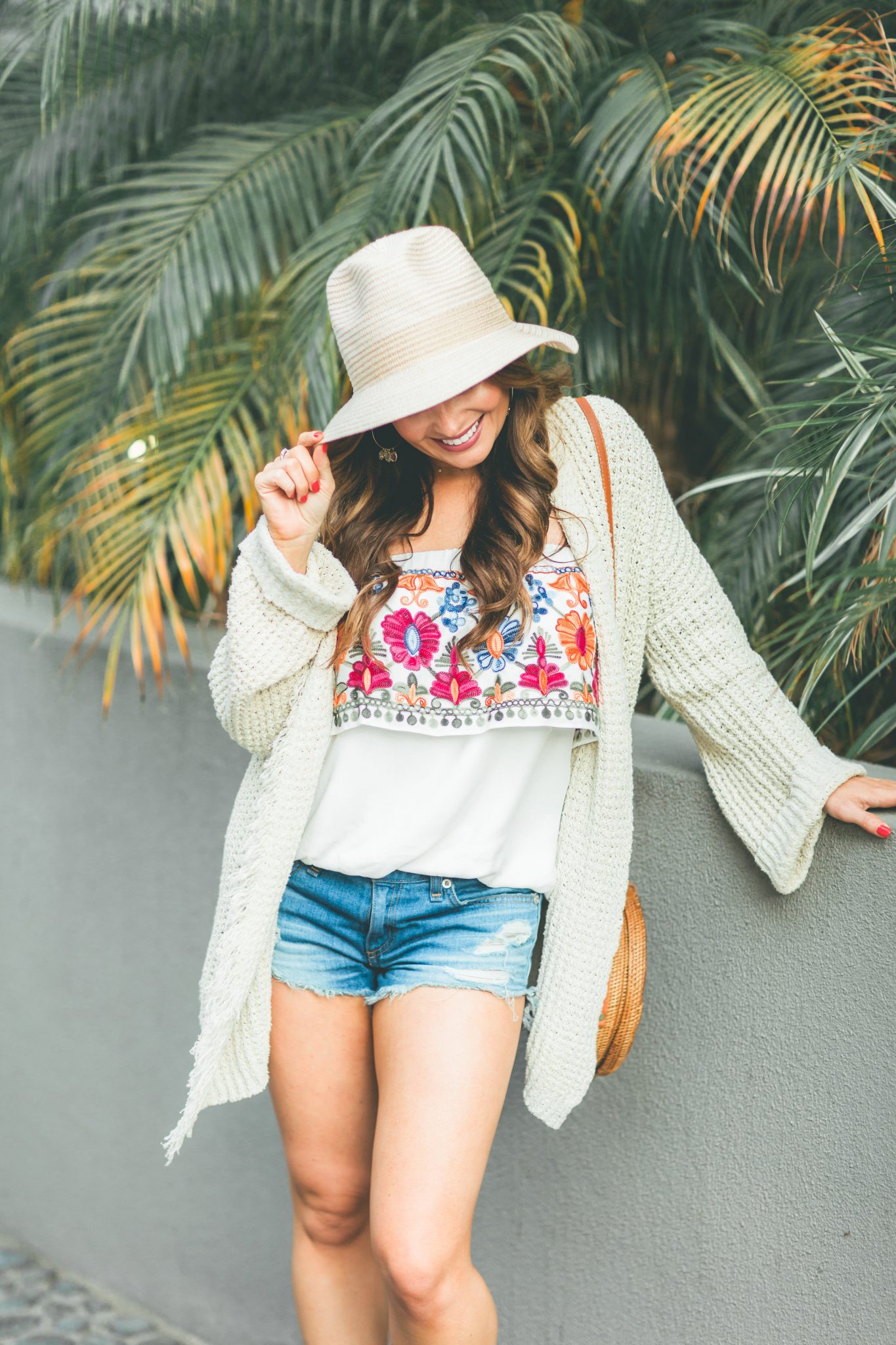 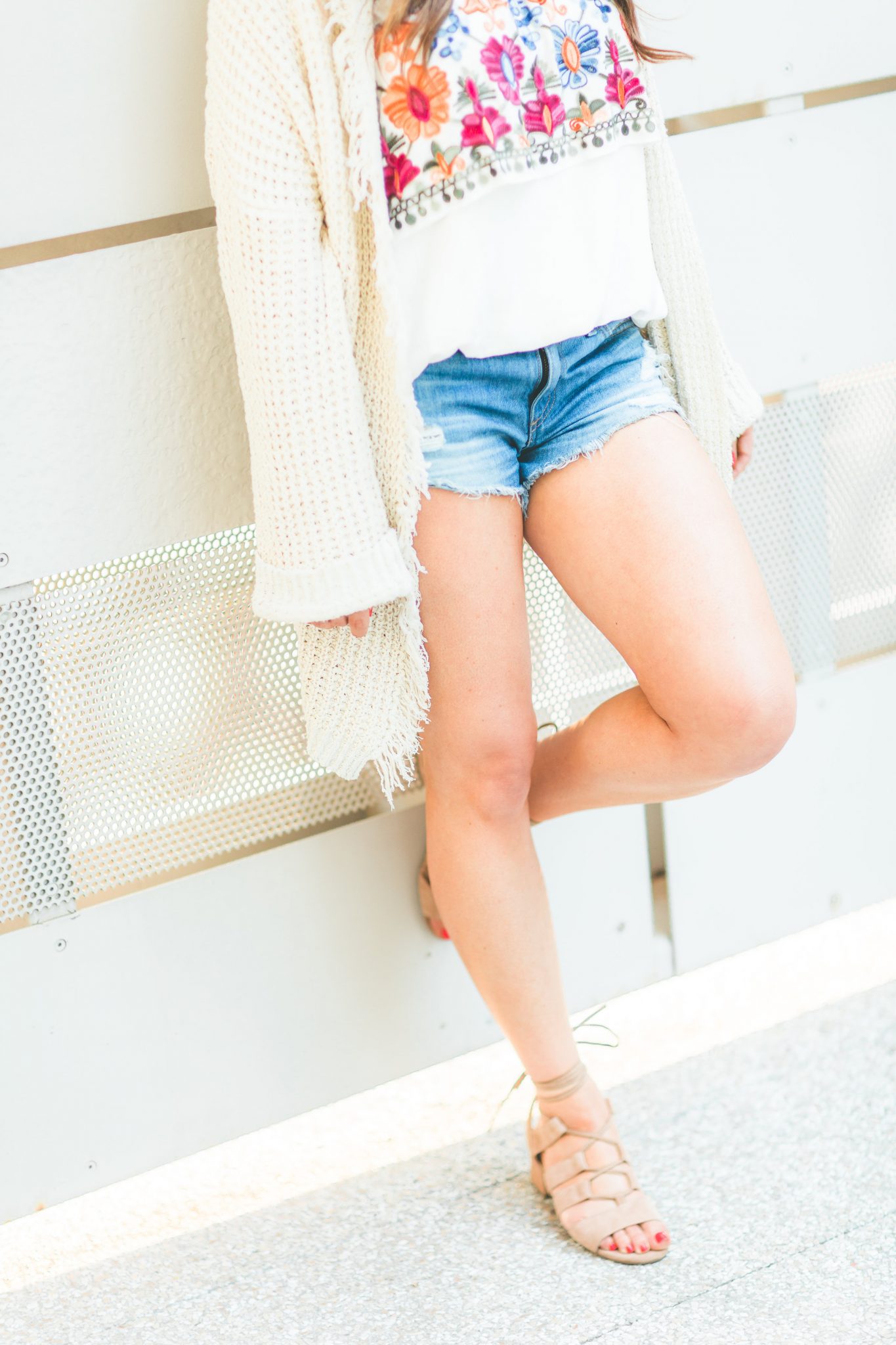 When people visit California, they always ask what to pack. To be honest, I still have a hard time figuring out what to wear here, especially this time of year. It’s warm during the day but can be chilly at night, especially if you’re near the water. This Free People sweater is perfect to throw on over a daytime outfit for a chilly beach night. It’s been on repeat for me this summer. I always love Free People sweaters. They’re so comfortable and give the casual, cute beach look I tend to gravitate towards. 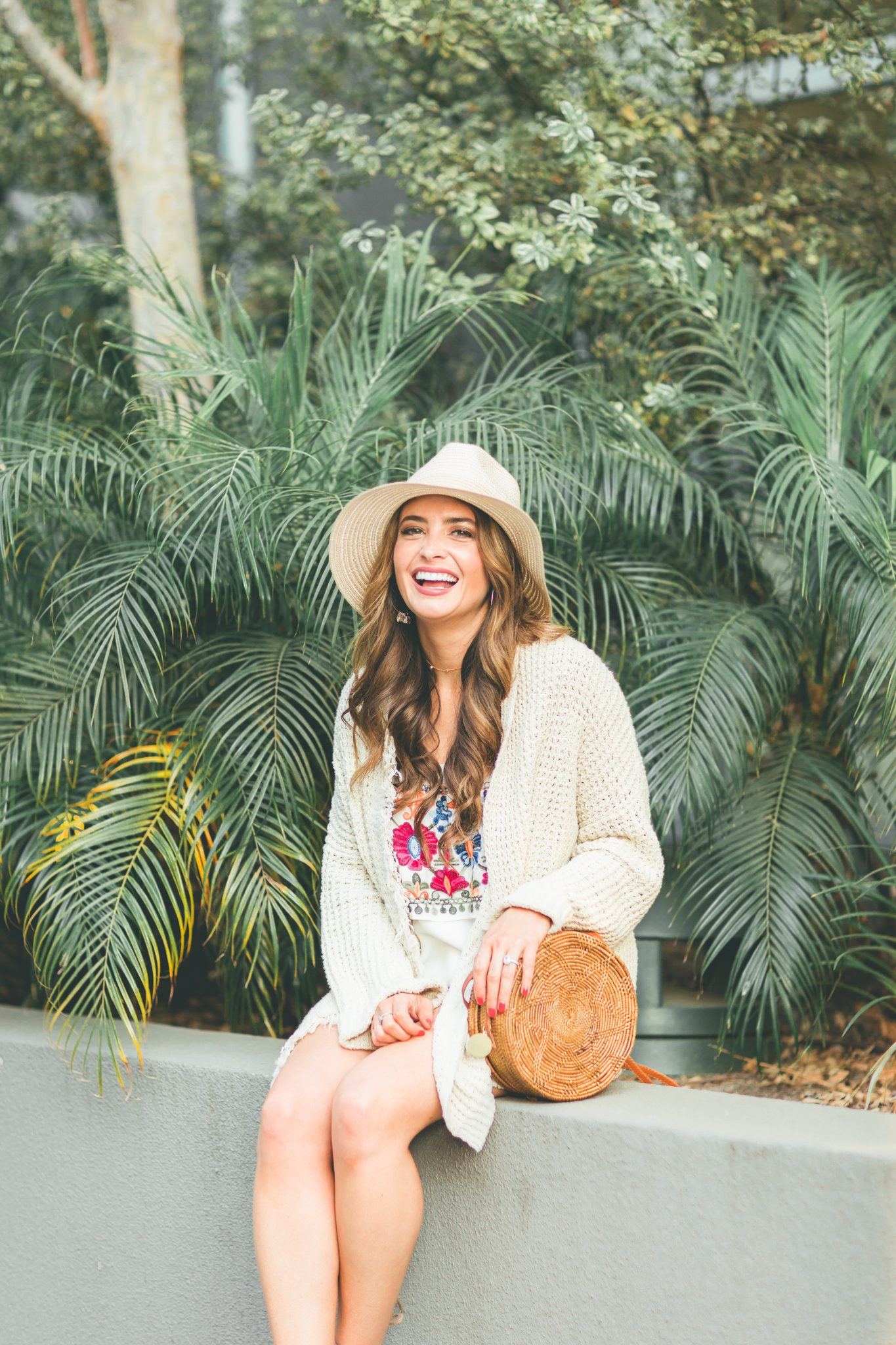 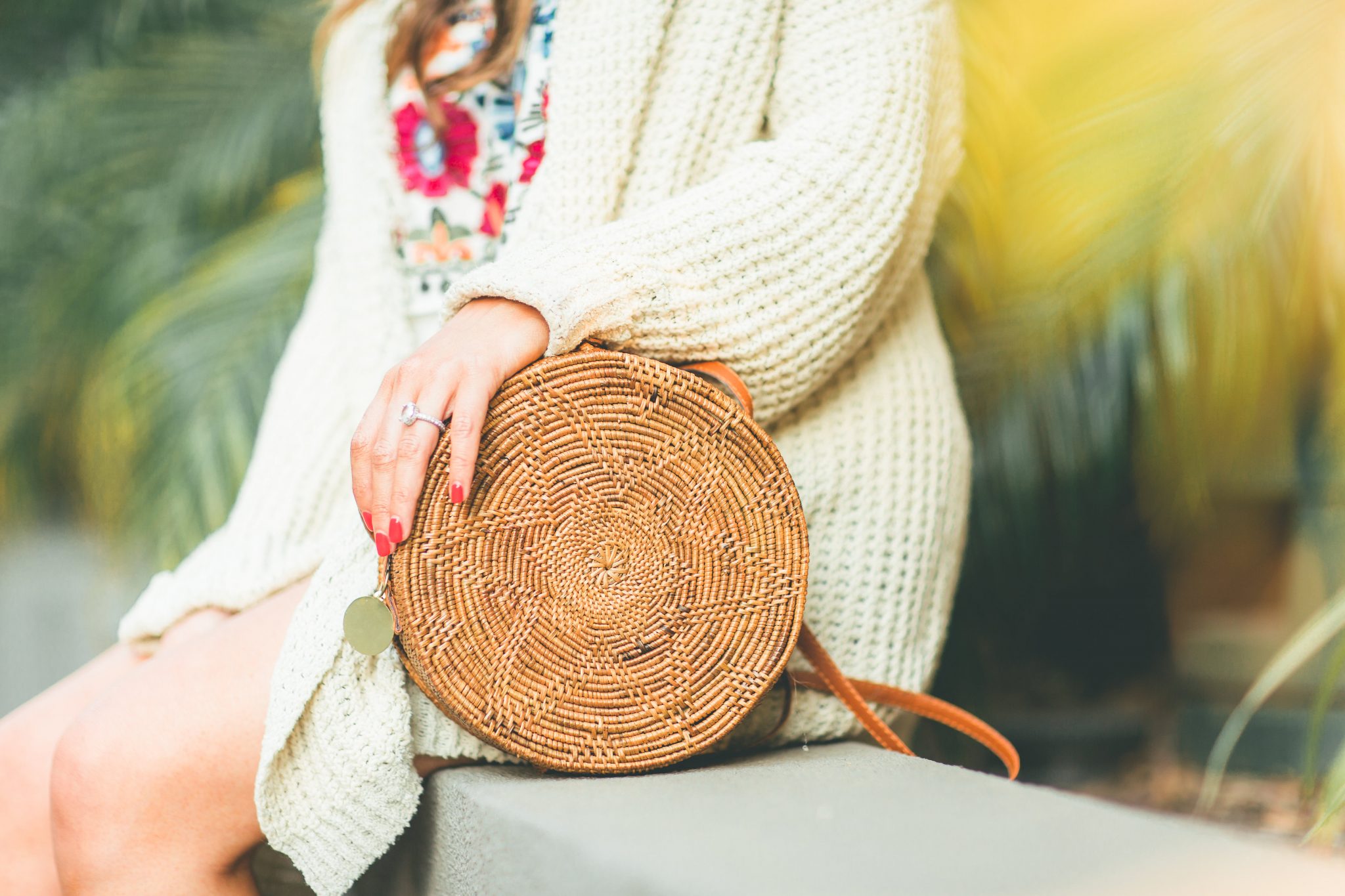 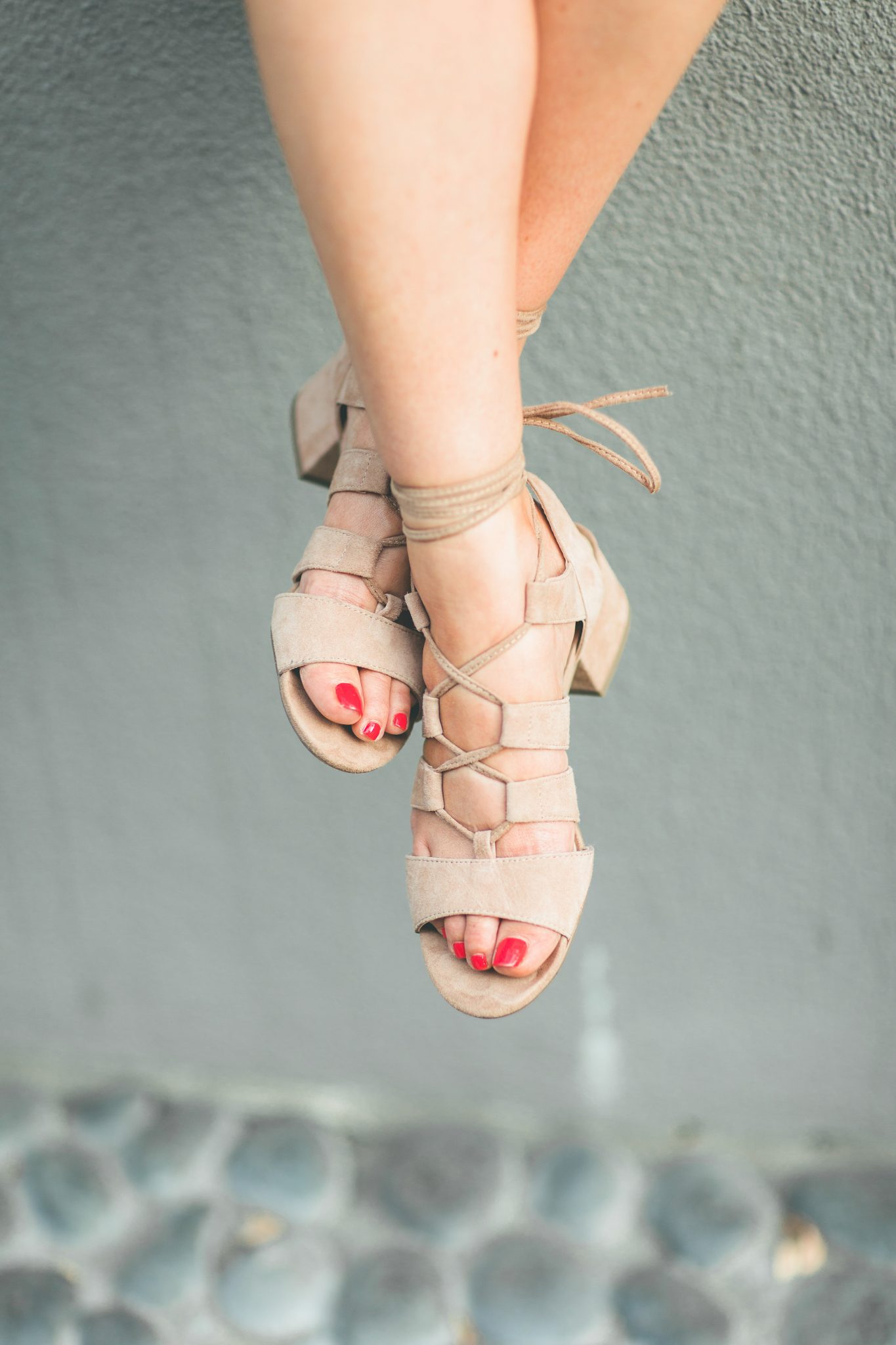 This rattan bag has also been on repeat for me this summer. It matches pretty much anything and adds such a pretty summer touch. I love a great nude sandal. I always have trouble getting laces to stay up when I wrap them around my leg so I prefer wearing them wrapped around my ankle. I’d love to hear some of your favorite looks for a chilly beach night.

Thanks for reading! Your support means so much.