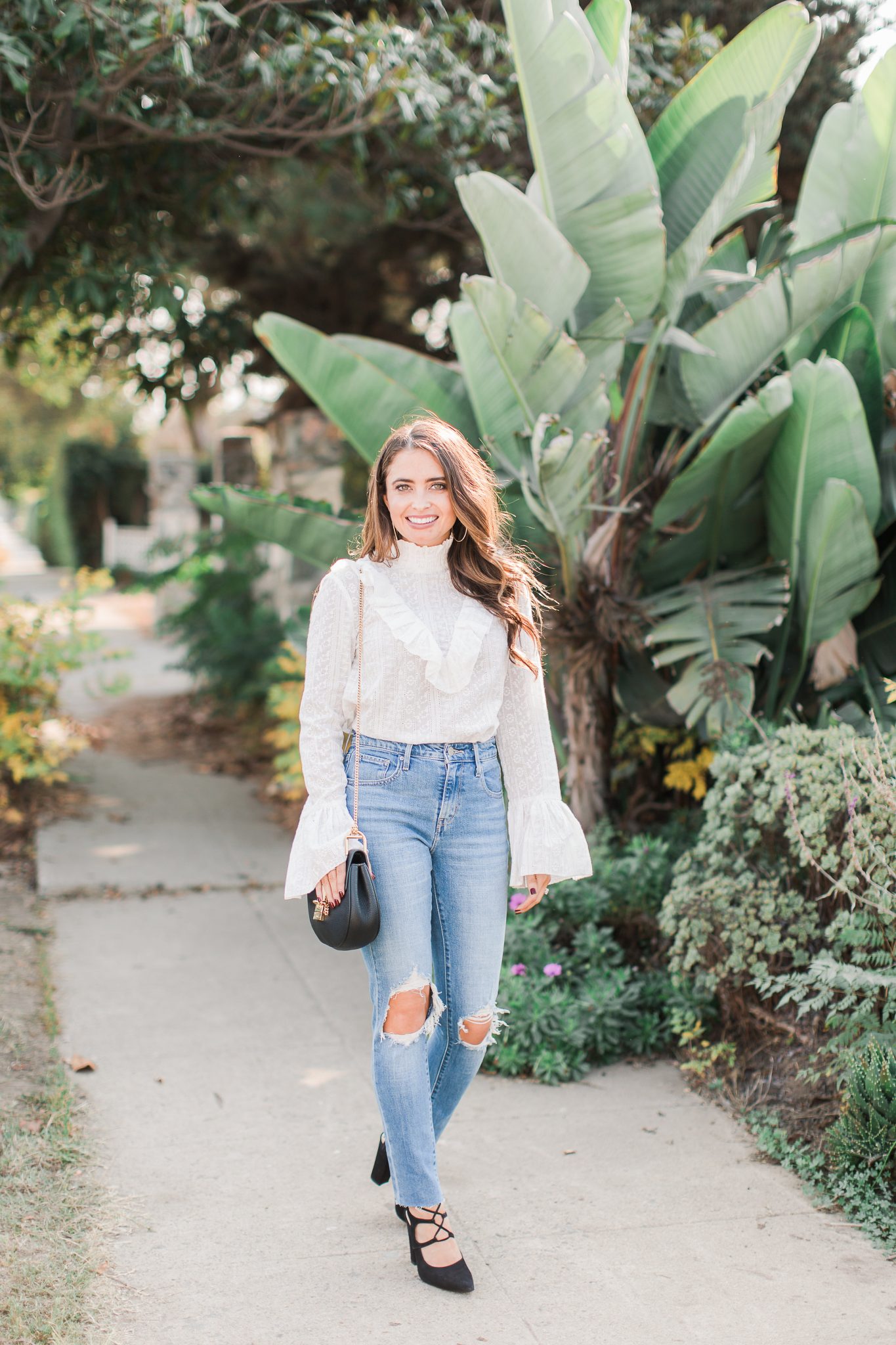 Happy 2018, friends!! What a year! I got married and had a wild idea to start a blog. Two major decisions that have both brought so much joy and also, a little less sleep. With all of the craziness of my wedding, to my honeymoon, to Thanksgiving, and lastly, Christmas, I haven’t had a lot of time to reflect back on 2017. Until this afternoon, the lack of self-reflection was leading me to not want to think or write about my 2018 New Year resolutions. After thinking about it for a little bit, I decided small, imperfect resolutions are better than no resolutions. I usually let my fear of not having the perfect answer stop me from trying, and once again, I was letting my fear of imperfection stop me from doing something. So, here are my last minute resolutions (and outfit details at the bottom of the post!). I’m starting my New Year resolutions small with hopes of actually doing them, and I can always change them in a month, right? 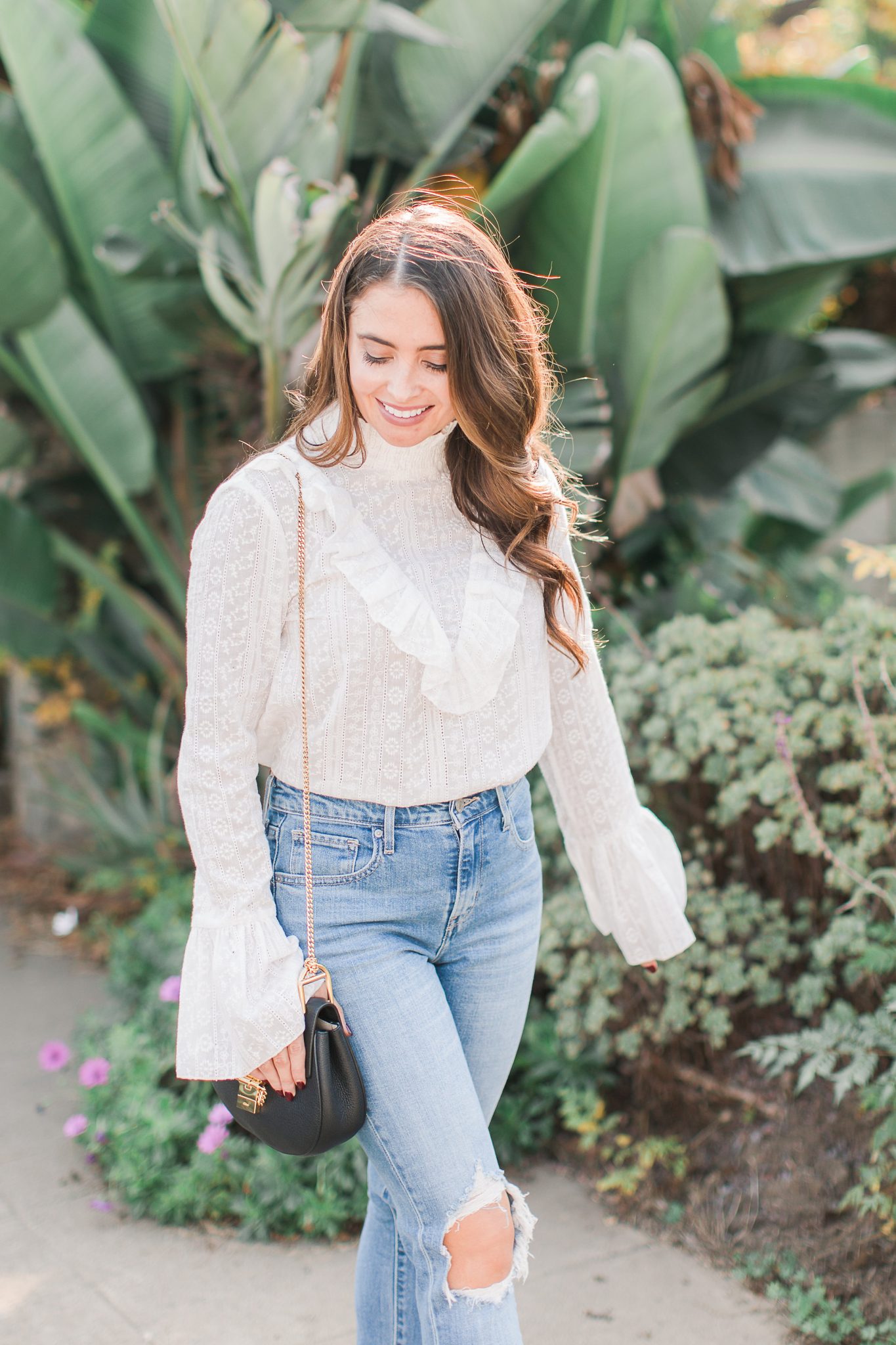 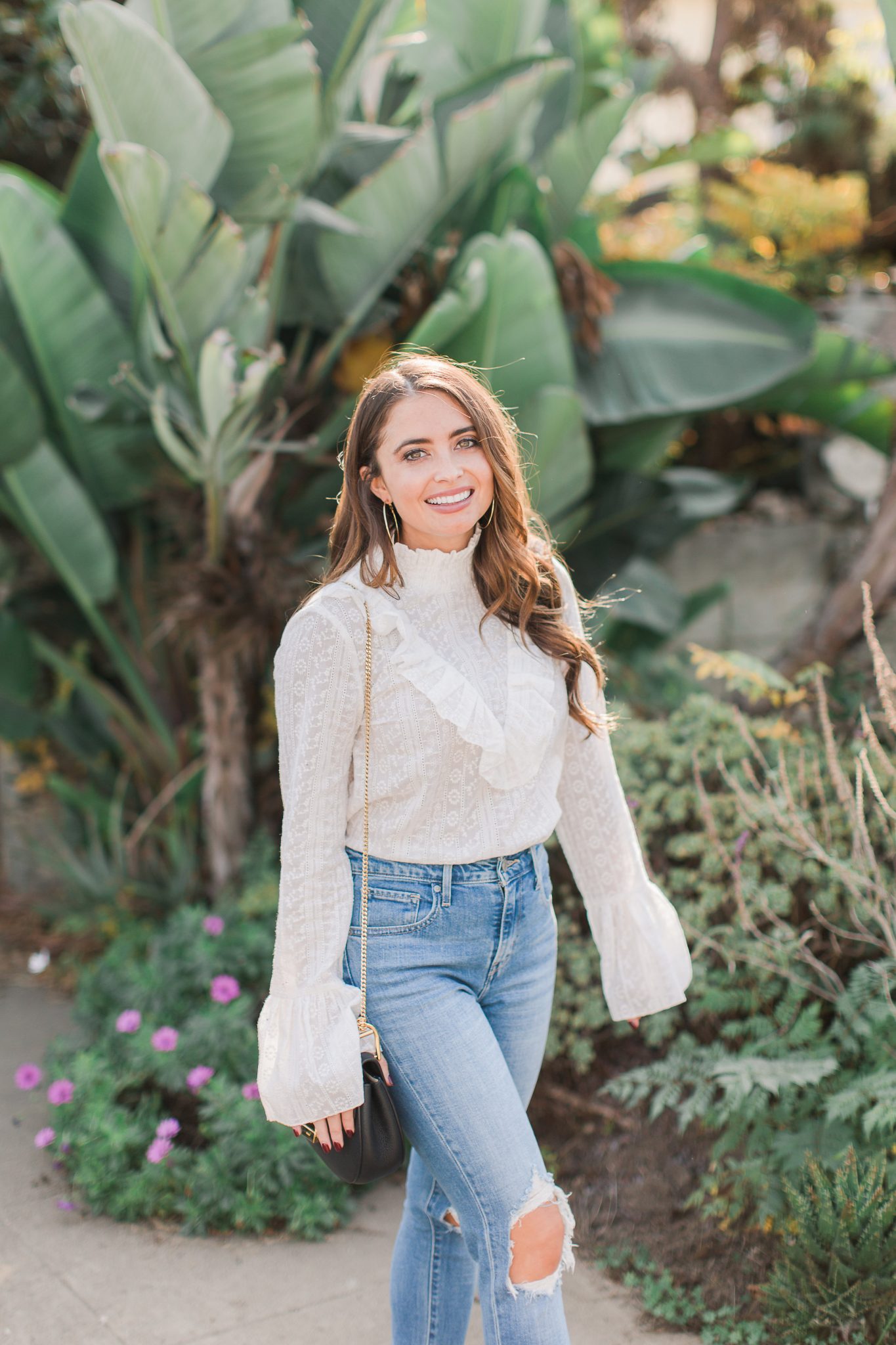 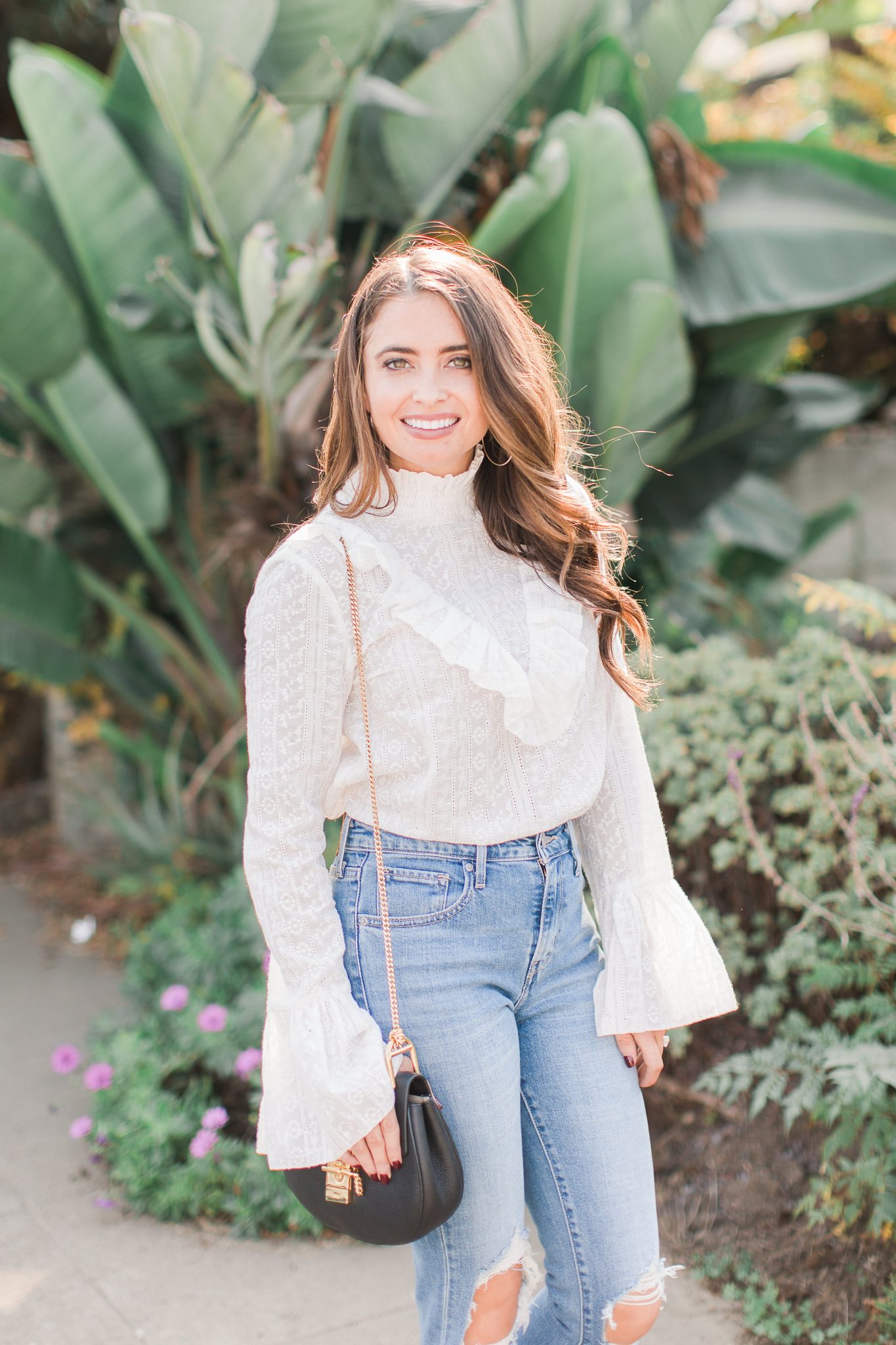 My first resolution is one I failed at last year. I think mainly because I set rules for myself that weren’t realistic. So this year, I’m making the same resolution, but granting myself a little grace as I follow it. My goal is to read through The Bible in one year. Last year, Tyler and I were so excited when we purchased our one year study Bibles from our church on January 12th. Because I decided we were not allowed to skip any days (ha!), we started our journey with reading to catch up on. As crazy work days and travels came and went, we were at the end of March and over a month behind. Instead of doing what the instructions suggested and skipping ahead to the current day when you fall behind, I thought we could not miss a day. This resulted in us quitting our attempt to read The Bible in a year, halfway through the year. I really enjoyed reading The Bible together in small sections every night. I think it helped us grow closer together and closer to God. We are planning to start tonight, and if we fall behind, I’m going to be realistic and skip to the current day instead of causing myself to quit because of my all or nothing mentality (sometimes I’m a little cray. Sorry, Tyler). 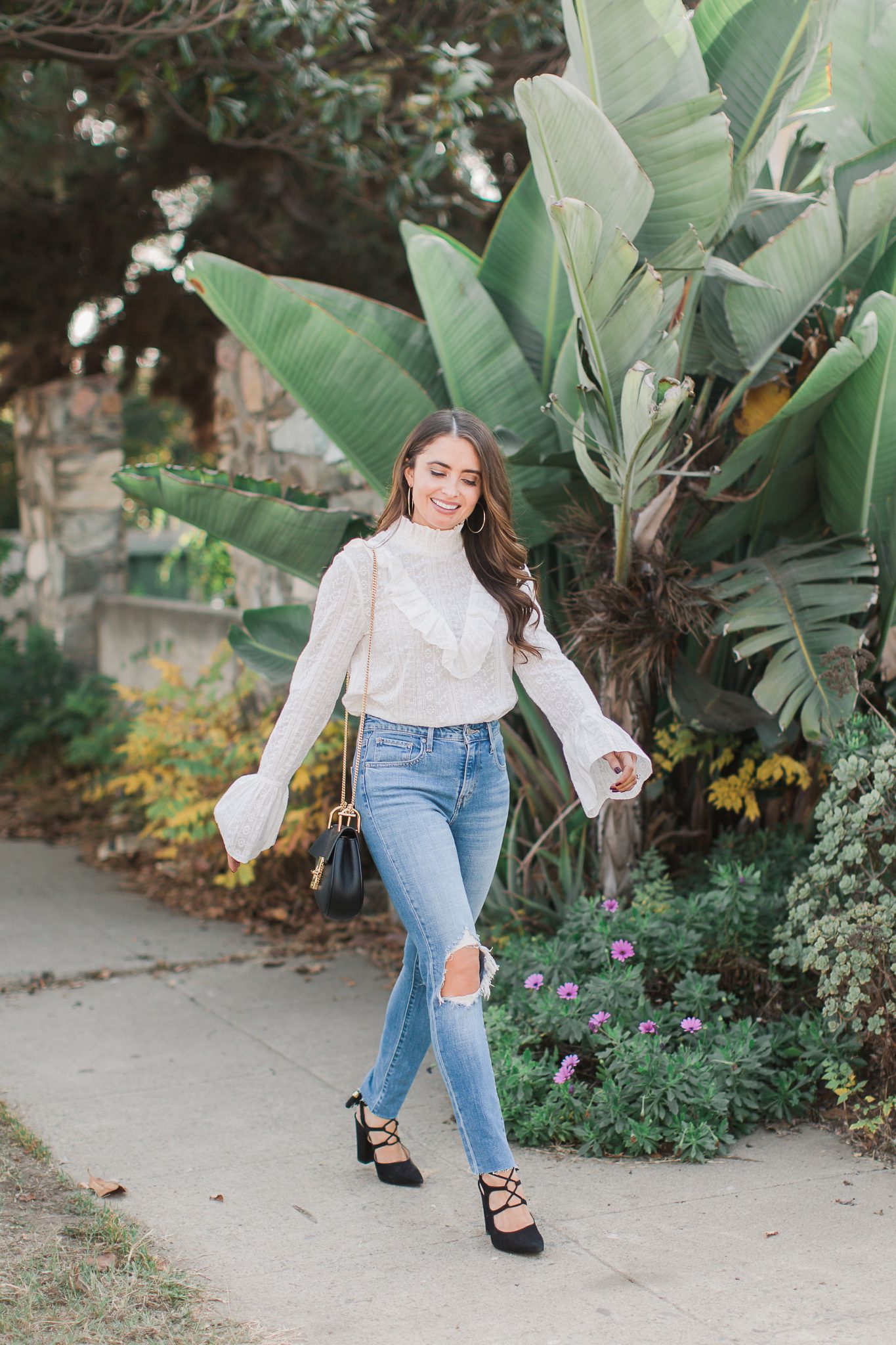 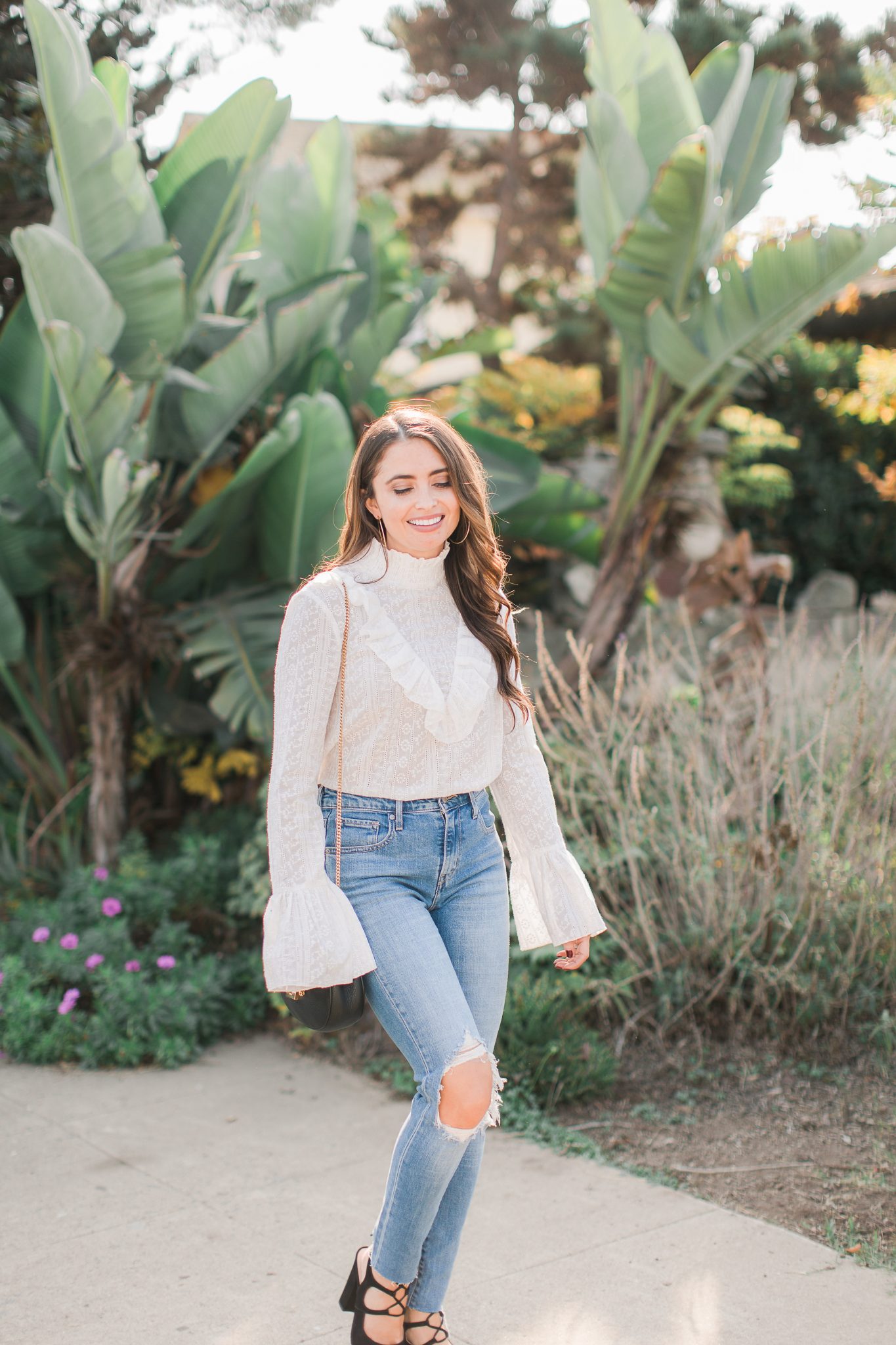 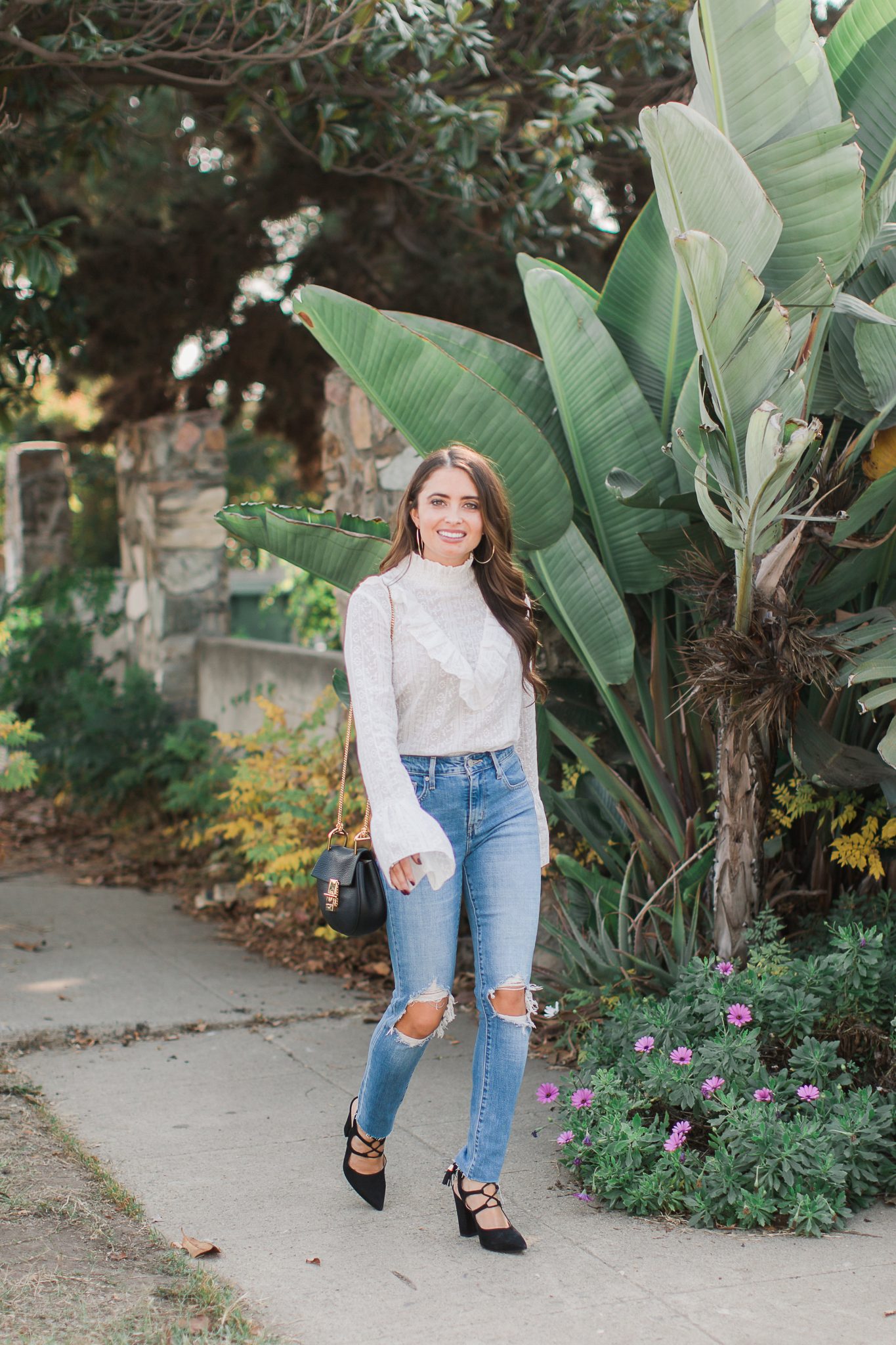 My second resolution is to give myself an extra 30 minutes in the morning. Originally, I had specific plans for these 30 minutes, such as do Kayla Itsines BBG (should I start this for the 4th time and actually try to complete it?), or work on my blog. After thinking about it more, I think I’m setting myself up for failure if I devote my 30 minutes to something specific. Each day, I might need to focus on something different. If I missed my nightly workout, I’ll want to hit the gym. If I missed my daily Bible reading, maybe I want to do my reading. If I am feeling overwhelmed with the blog, it will help my mindset during the day if I spend 30 minutes working on it. Regardless of what I’m doing, if I have an extra 30 minutes in the morning before work, I know I’ll start the day in a better place. I currently rush out the door, leaving myself 0 extra minutes, so I’m starting at 30 and hoping to work my way up! I am not a morning person so this is the resolution I am the most nervous about. 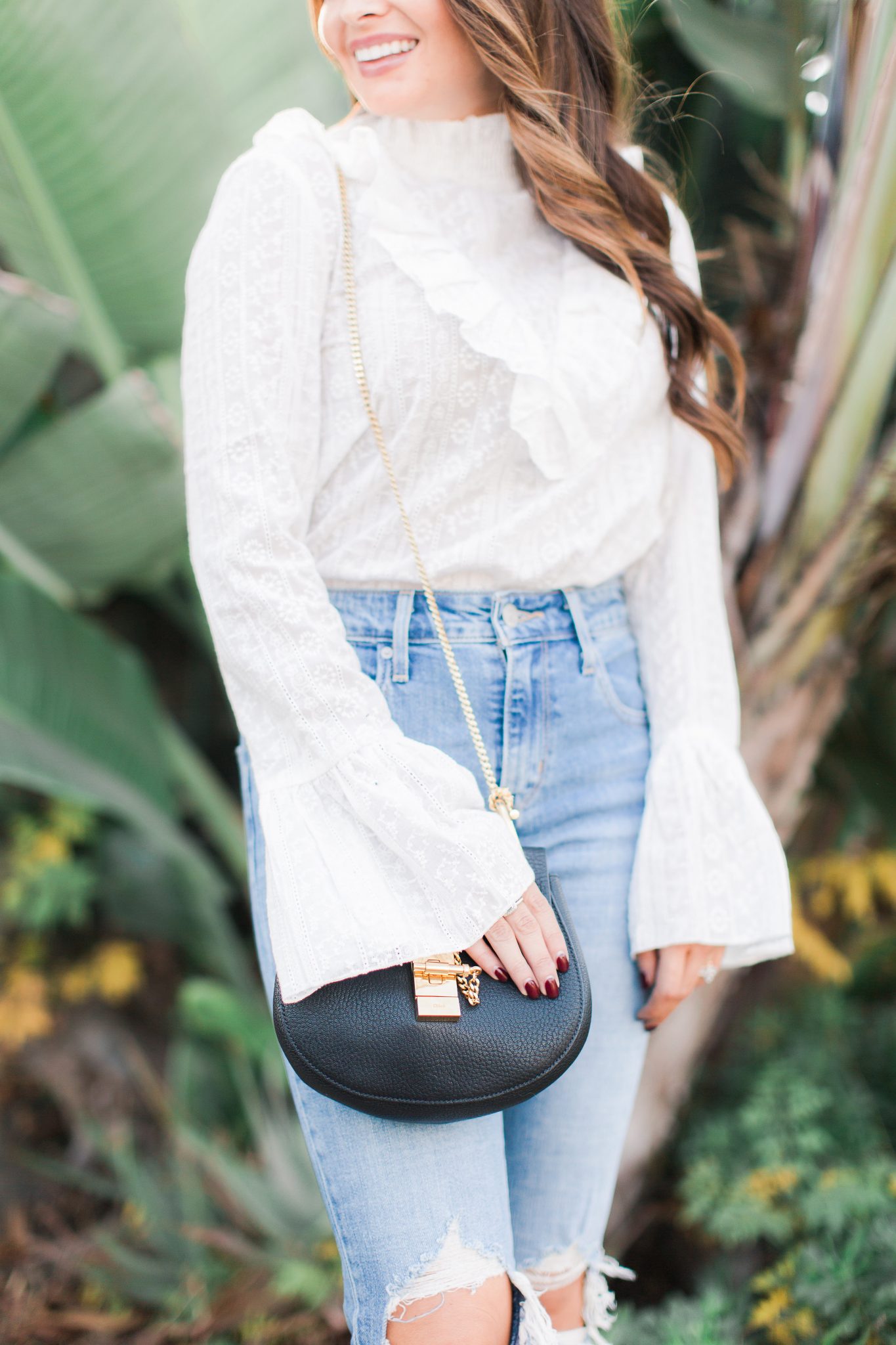 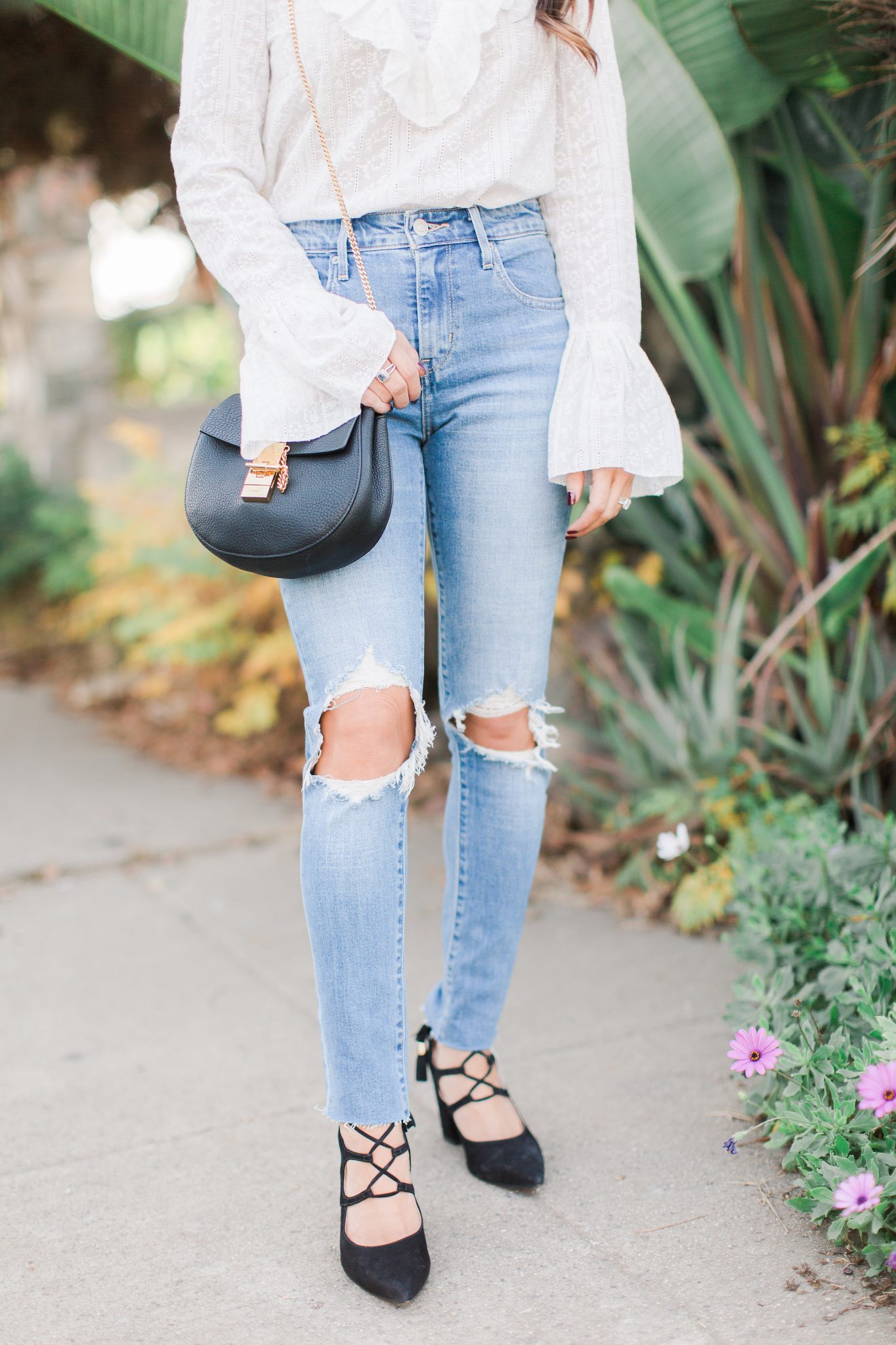 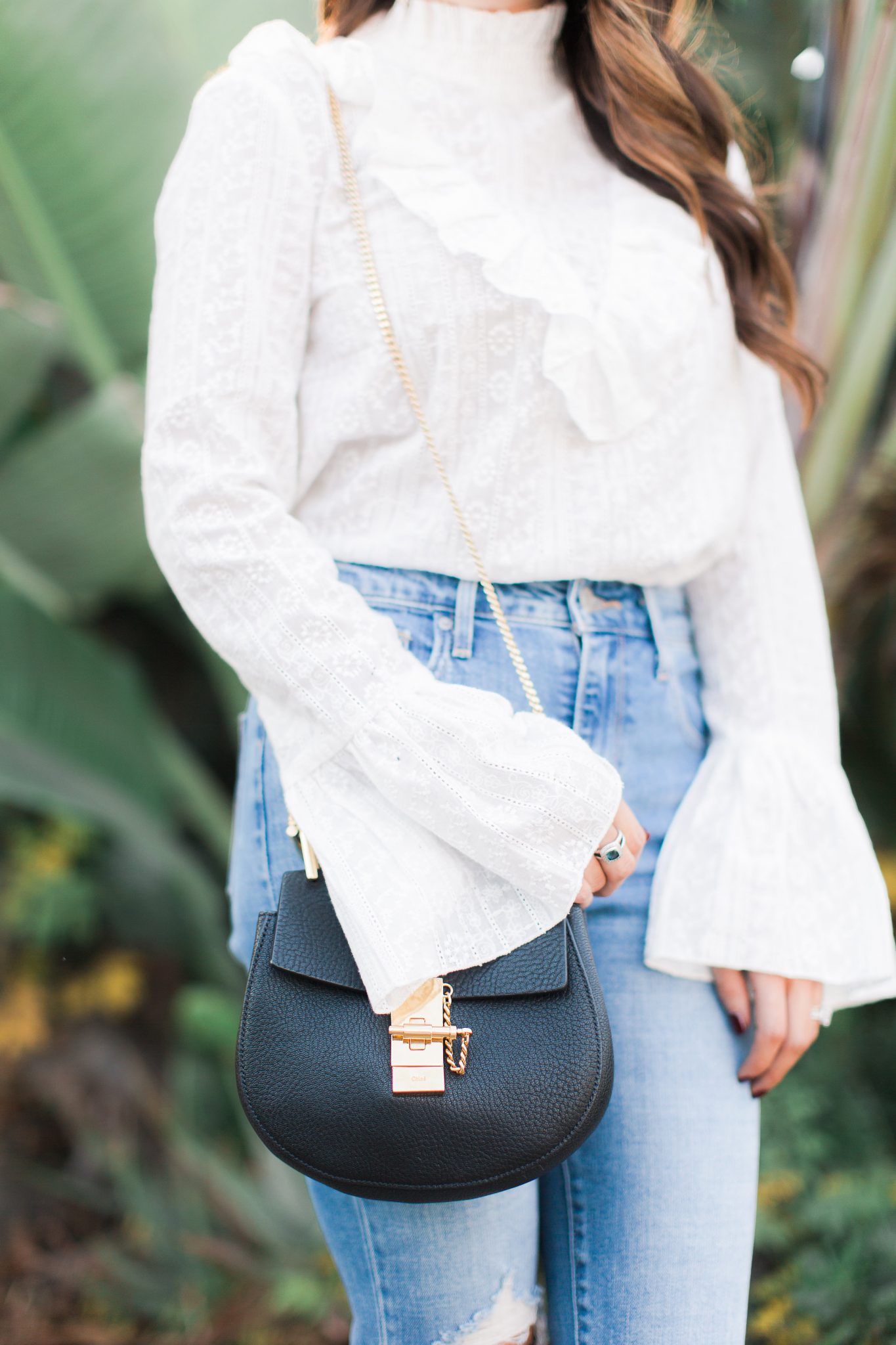 My third resolution is a specific task that I hope can help with something I’ve always struggled with: contentment. Each night before going to bed, I want to write 3-5 short sentences about specific things I am grateful for that day. My hope is I can convince Tyler to do this with me, and we can share them. I’ve listened to a few sermons on gratitude, and my main takeaway at how I can improve this for myself is with a gratitude journal. I haven’t ordered a journal for myself yet, so I’m going to start with the Notes app in my iPhone and shop for one tonight (or maybe tomorrow?). In addition to this, in the morning, before I do anything else, I am going to do the daily reading on the First 5 app. If you are a Jesus follower, you should definitely check out this app! It has a daily Bible reading with an explanation and how you can apply it to your life, as well as a prayer. It all takes less than 5 minutes. I’m excited to see what can happen when I start the first 5 minutes of my day without social media (like I usually do) and focus on God instead. 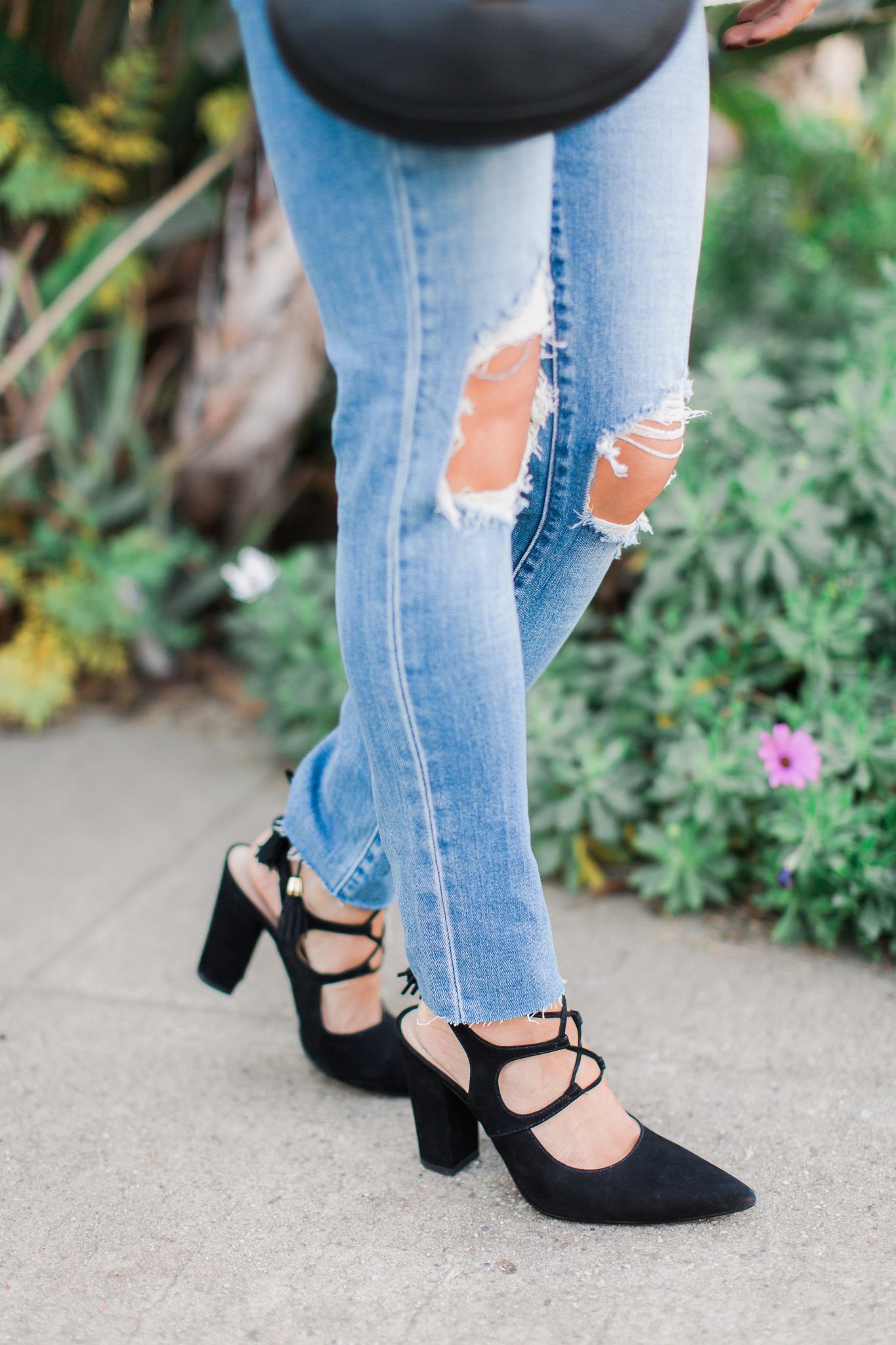 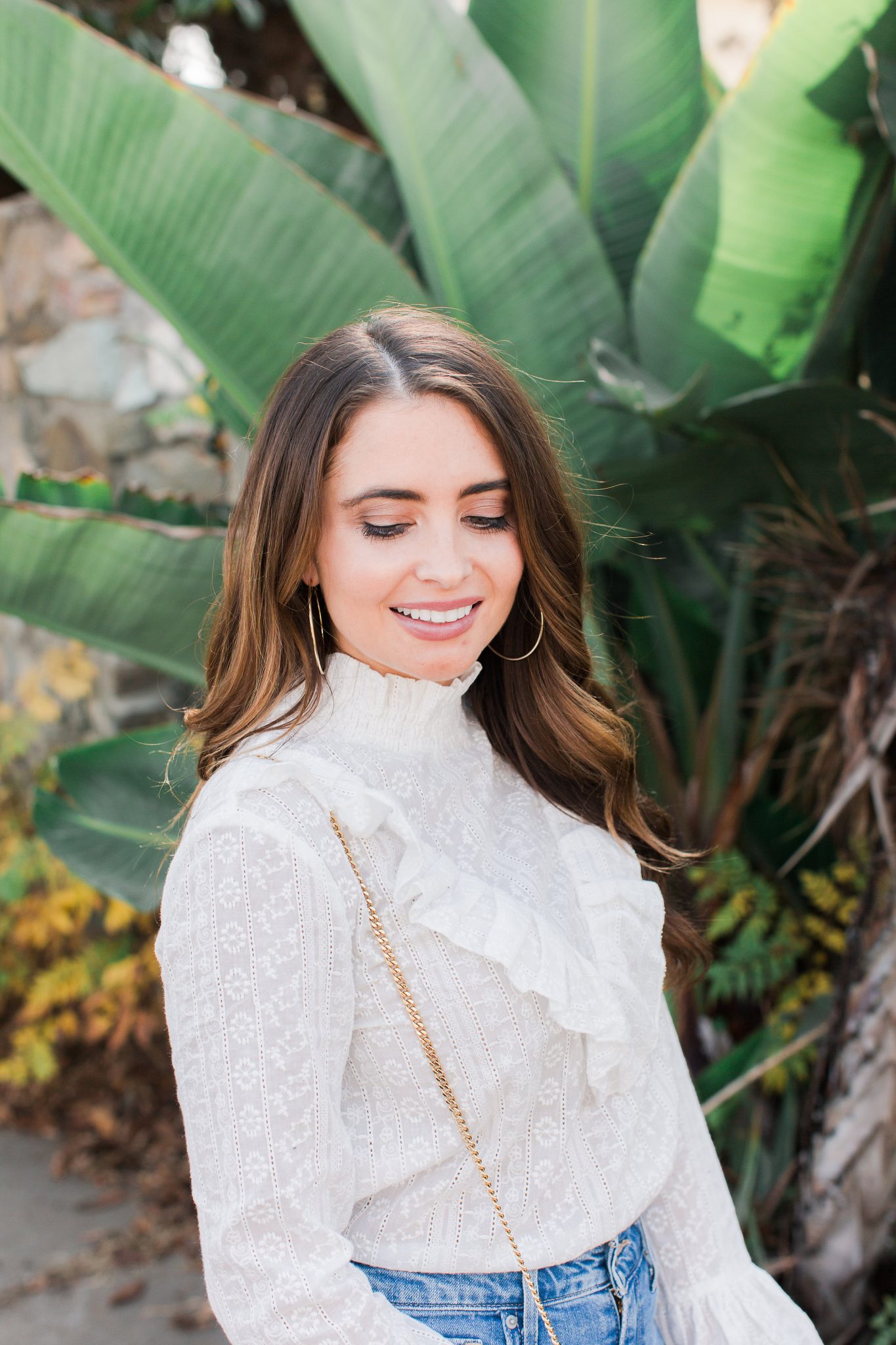 I hope you enjoyed learning about my New Year resolutions this year. Now I have you all to keep me accountable. I would LOVE to hear yours for some more inspiration! Thank you so much for stopping by! xoxo!

PS: I am OBSESSED with this top! It’s so feminine and classic.

Outfit details: Eyelet top | Levi’s jeans (I cut the hem myself and it worked perfectly! AND they are under $100) | Black heels | Gold hoops | Chloé bag | Lipstick |