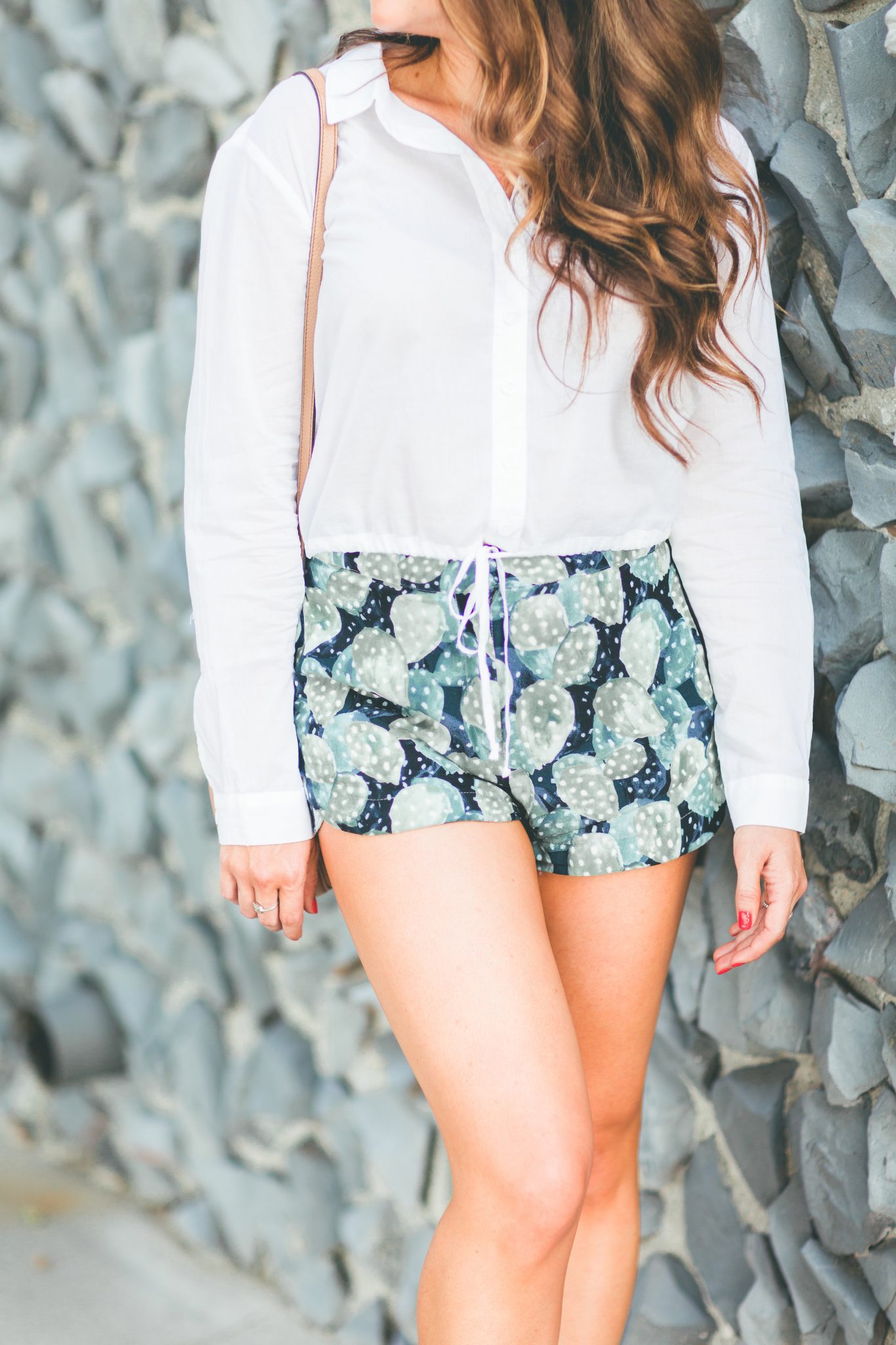 Happy Monday everyone! After spilling a blackberry Spindrift (imagine the color of wine) on my white shorts, driving home from work to change, then spilling coffee on my new outfit and car on the way back to work, I’d say I need a getaway (and a car detail). These palm print shorts are the perfect thing to make me feel like I’m on an imaginary weekend trip. 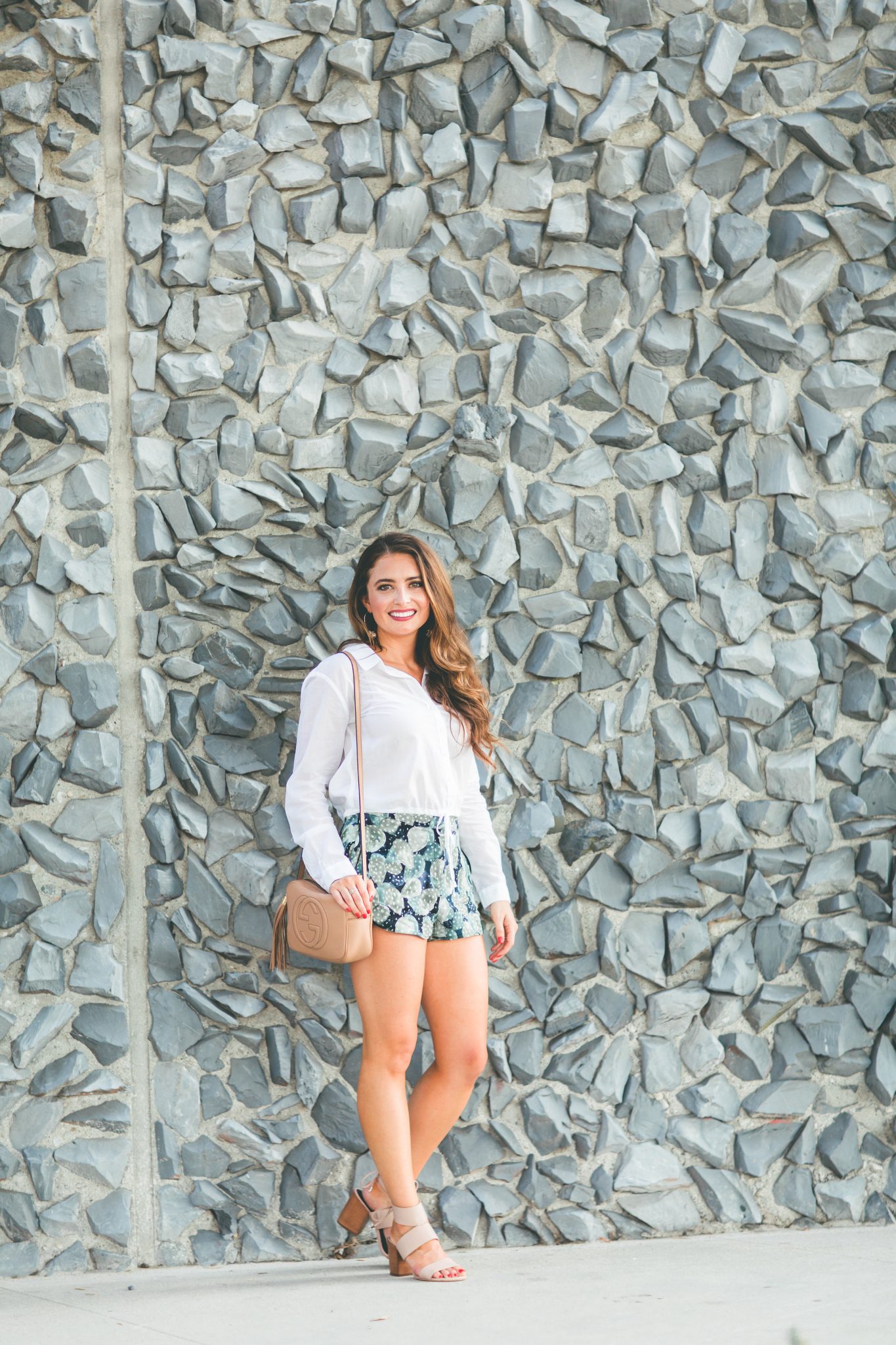 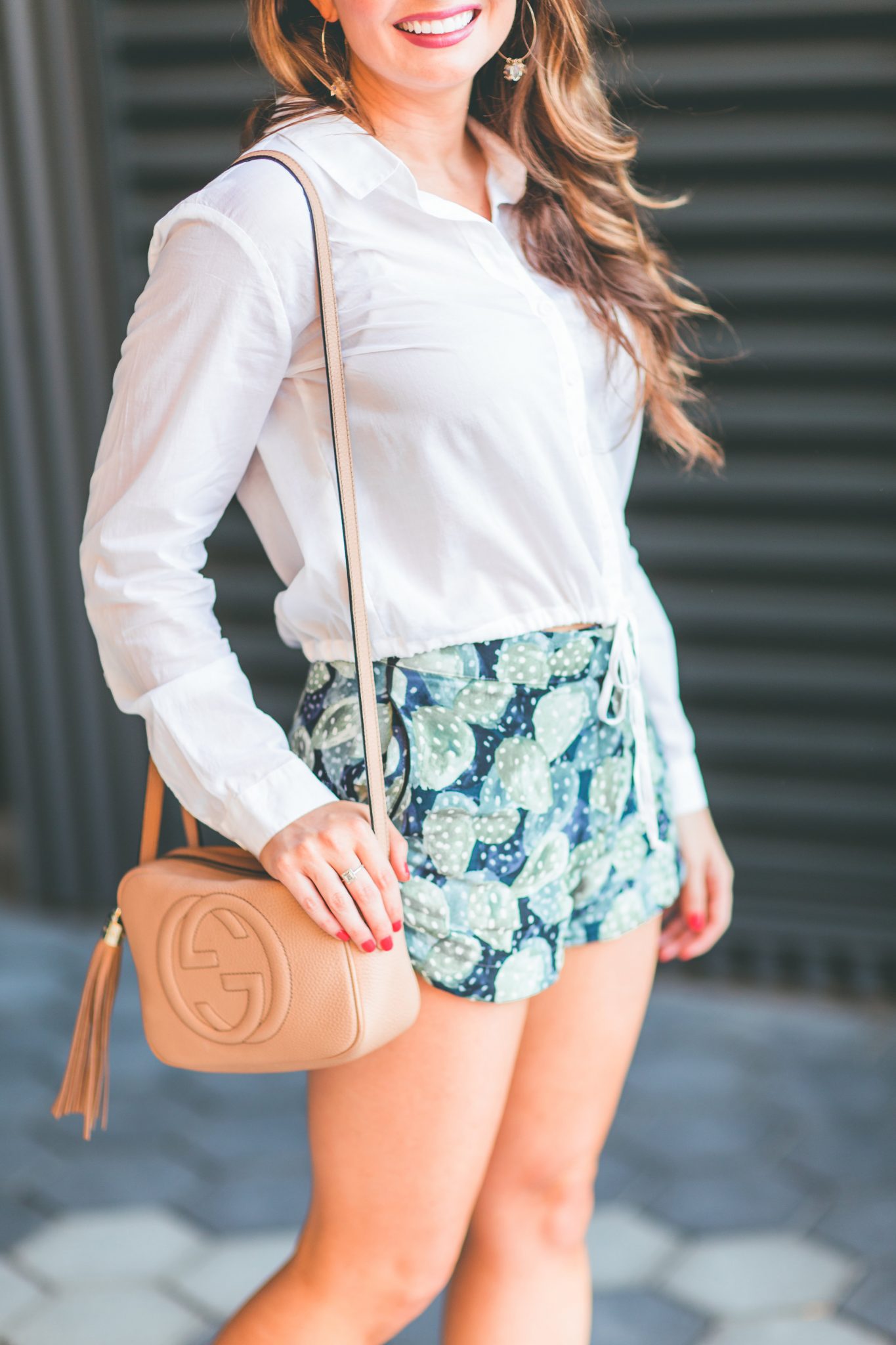 I’ve been loving palm prints and anything with a desert vibe this summer. They’re an easy way to make any outfit fun, whether you’re working the 9-5 and trying to avoid desk spills, or you’re actually on vacation. I knew these shorts needed to be paired with a neutral top, so when I found this one at Anthropologie, I was really excited. I’m always searching for a good white top to go with all of my printed shorts and skirts. Plus, this top comes in petite and regular sizes so I don’t have to worry about my hands disappearing under the sleeves. I bought these shorts at the beginning of summer, and they’ve been alternating between sold out or limited sizes left online so I’m adding some of my other favorite palm/desert prints to shop at the bottom of this post. 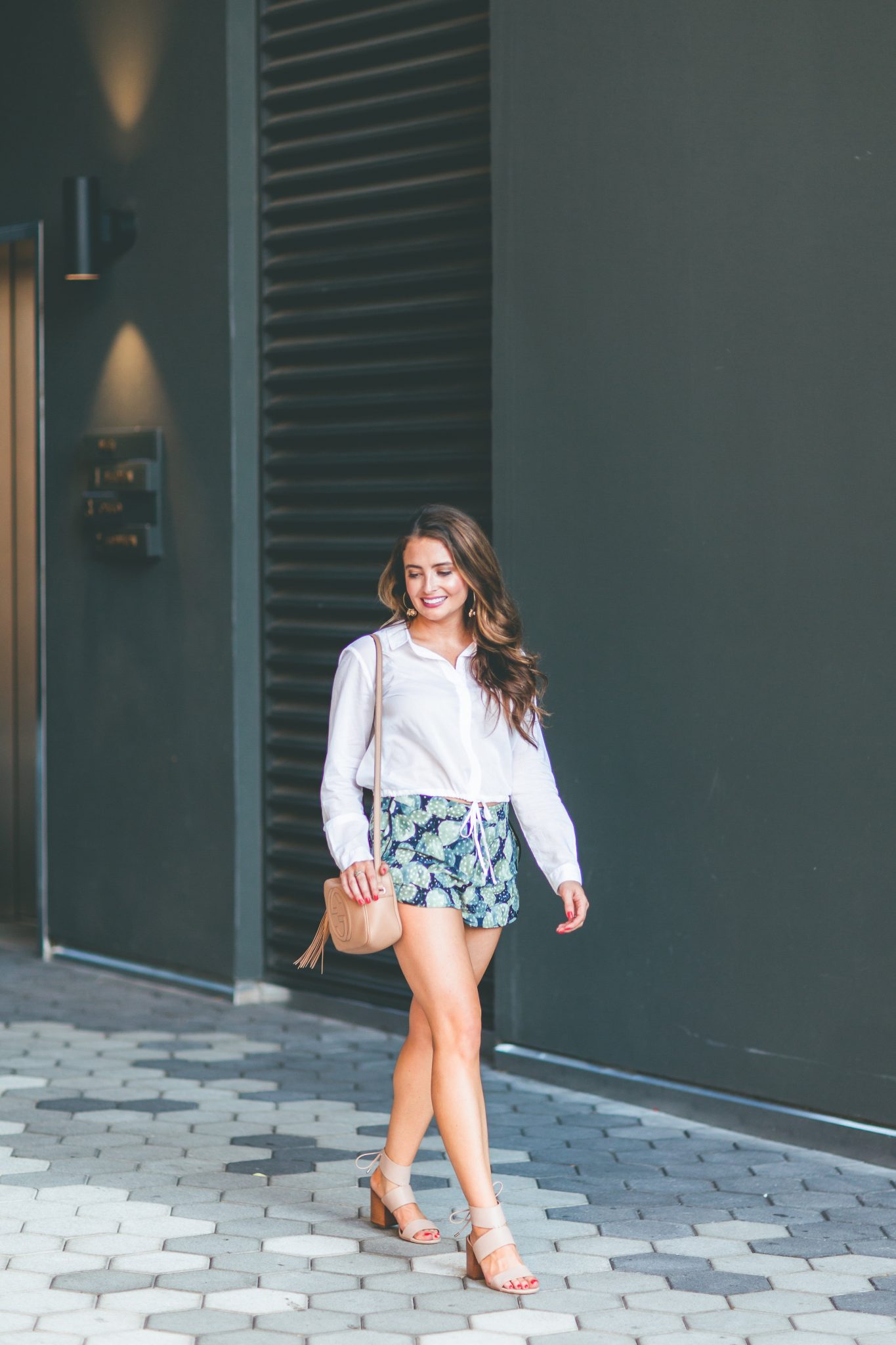 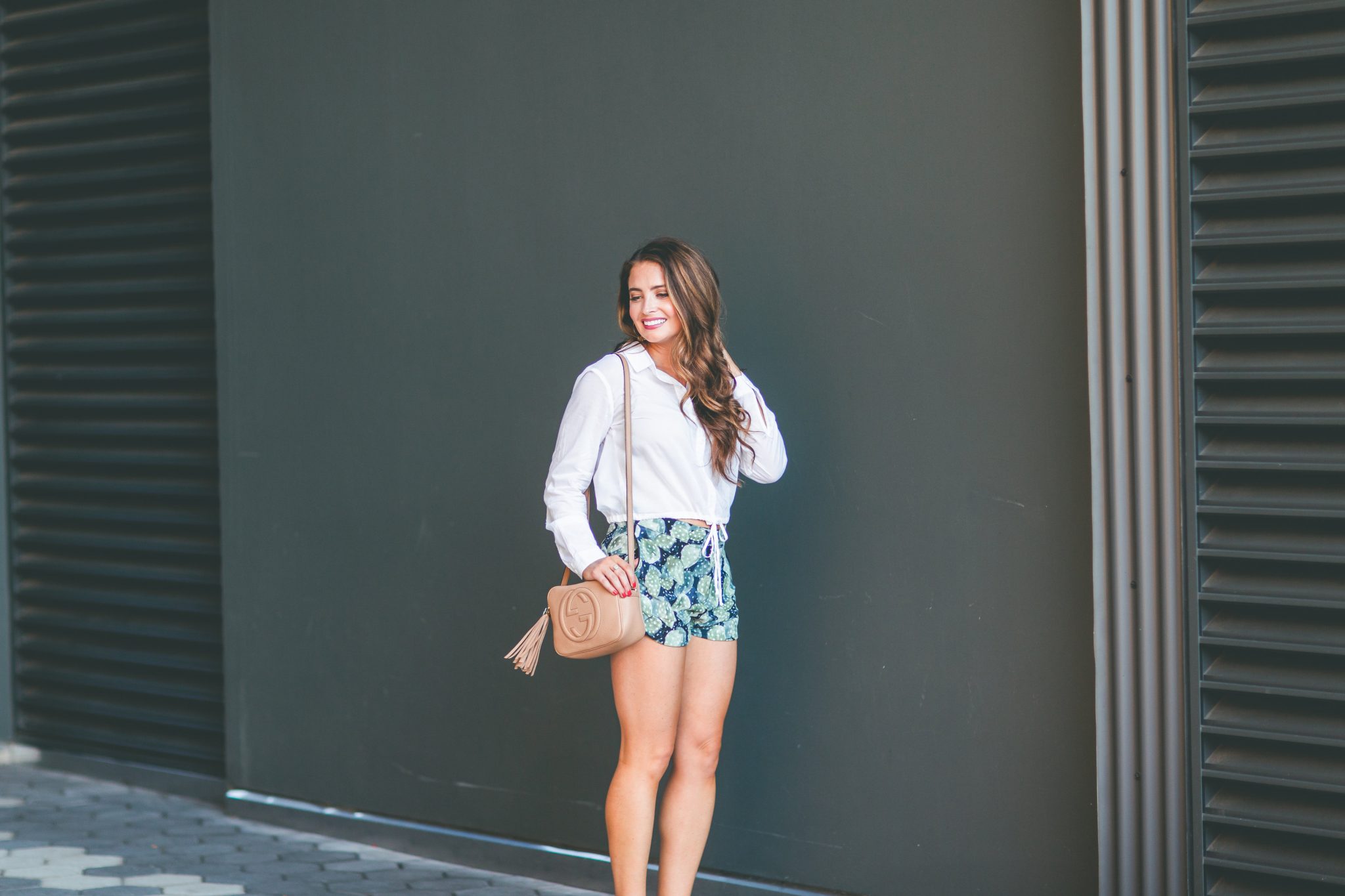 Thank you for reading! I hope you all have an amazing week and can avoid ruining any of your outfits.

Shop the look and a some of my other favorite desert/palm pieces here: