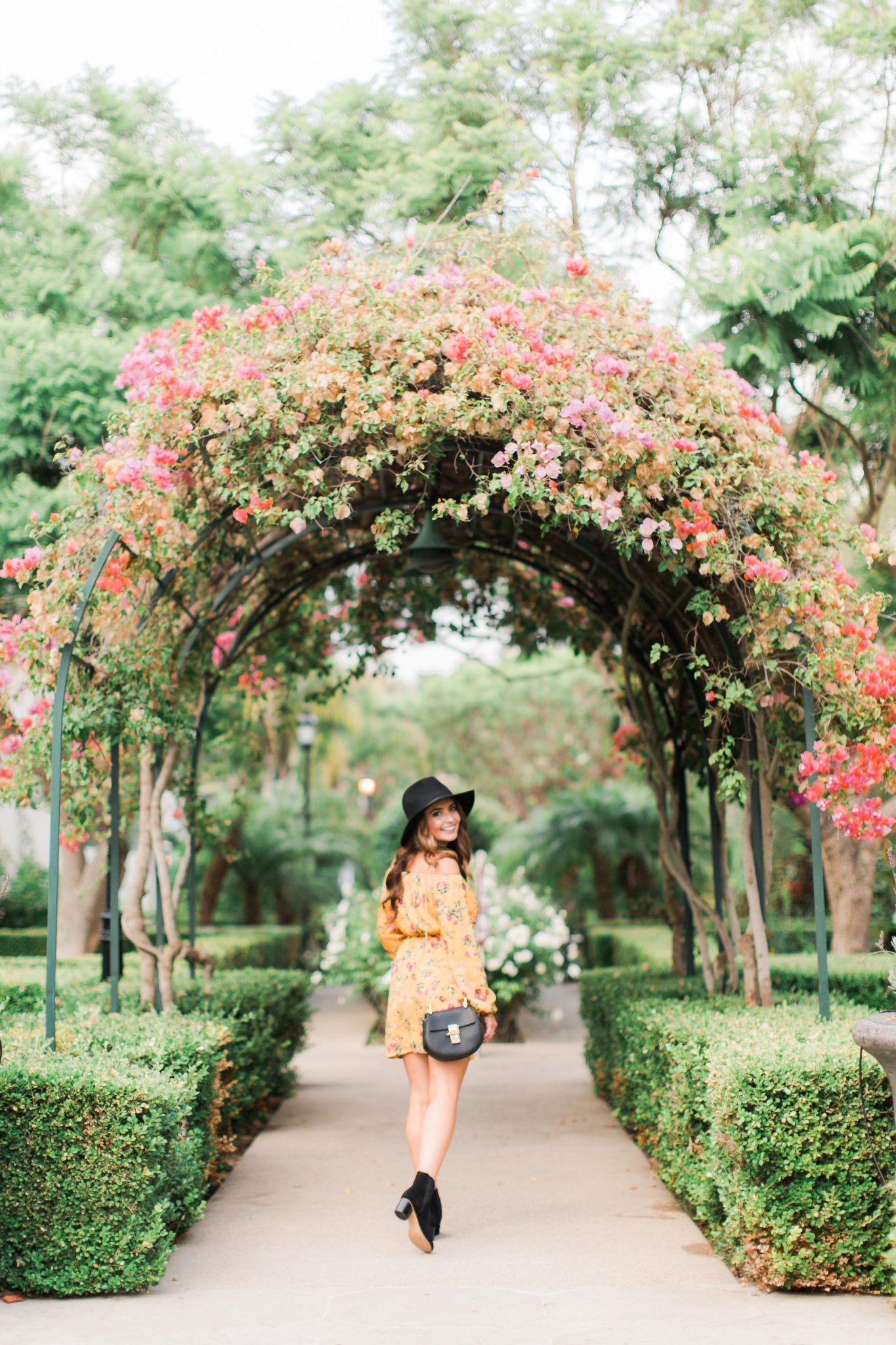 In honor of the first day of fall yesterday, I wanted to share my favorite fall look. I know I post a lot of red outfits, but if I’m thinking about my favorite color for this season, it’s definitely mustard. My college colors were black and gold so every football Saturday in college, you would have found me wearing this color. Now that it’s a top color this fall, it’s bringing back all of the fun tailgating memories. 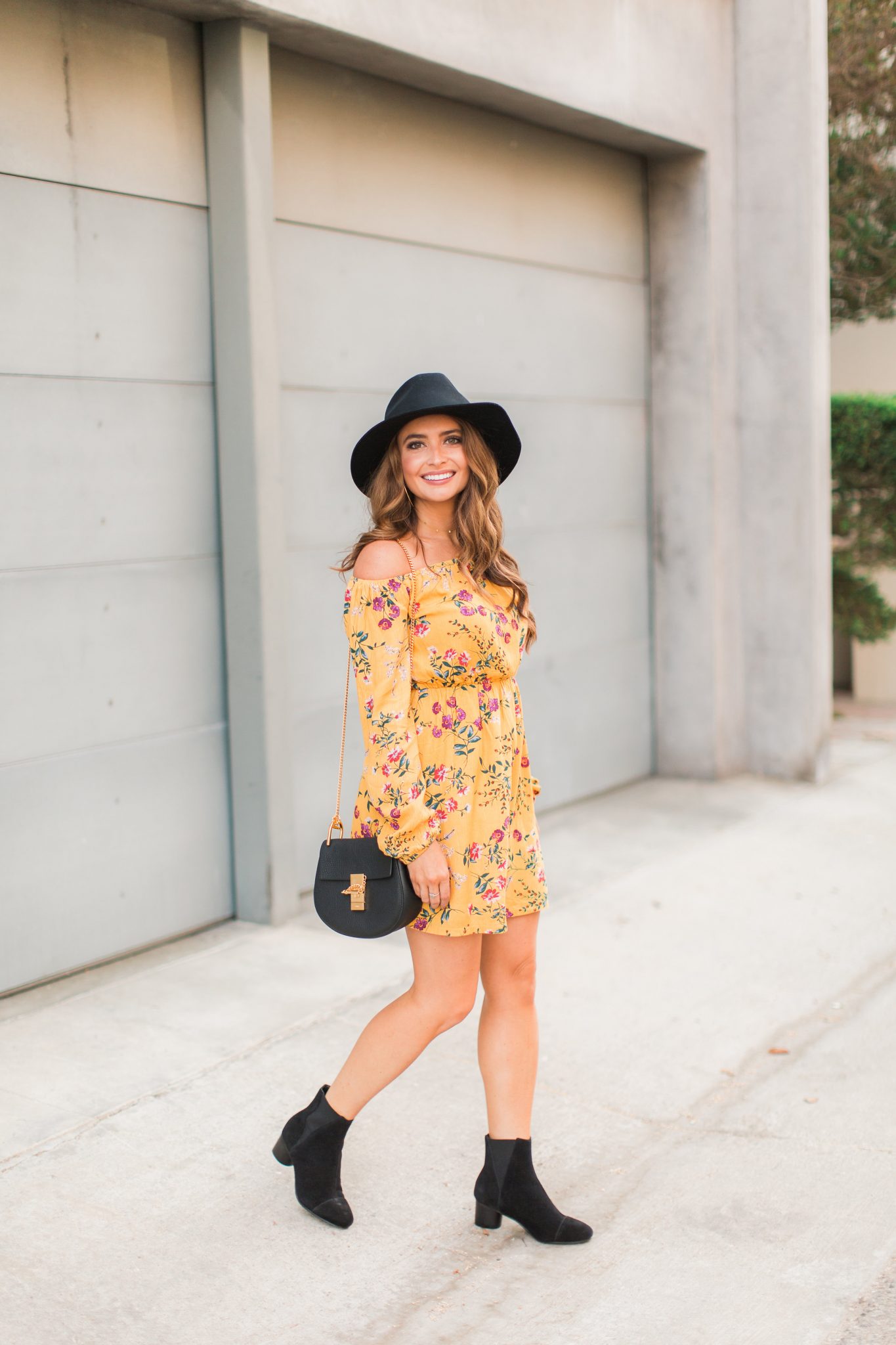 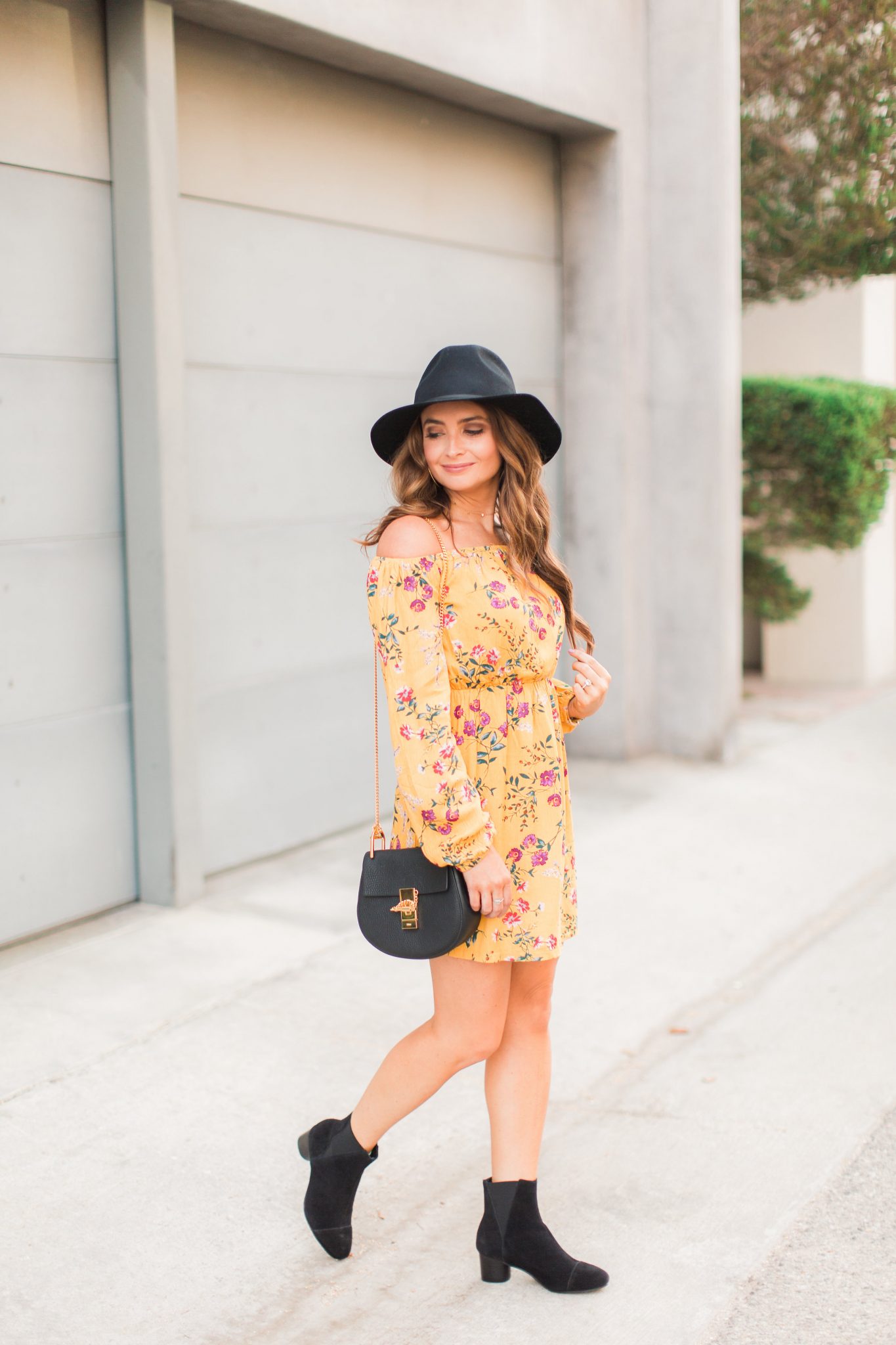 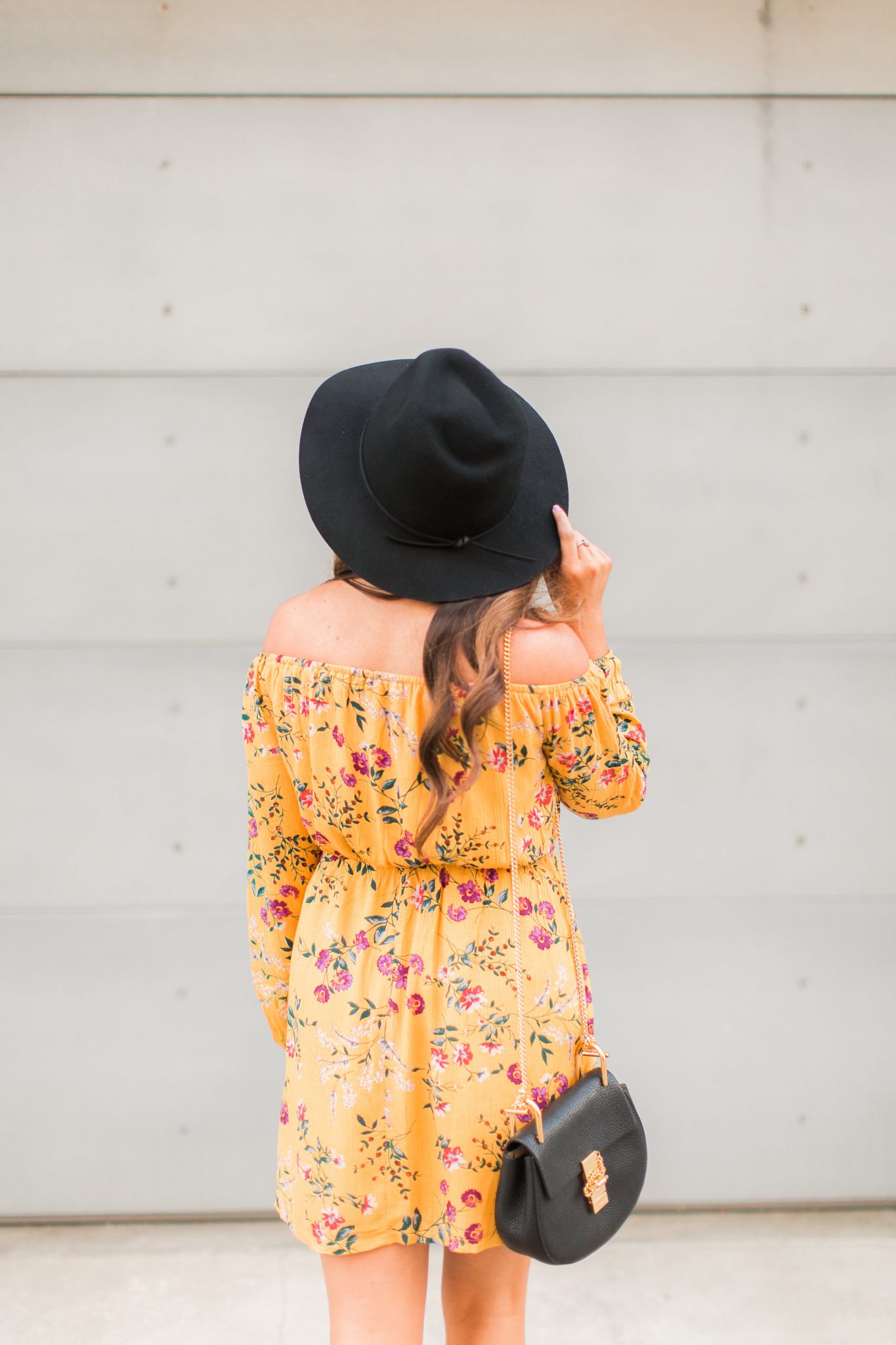 This dress is super comfy and fits TTS. It has two of my favorite things, florals and, you guessed it, OTS. I think it would be flattering on any body type because it’s not too tight but cinches in at the waist so it doesn’t hang off of you and look too baggy like I find some shift dresses do. Plus, this dress is actually realistic to wear right now while fall is feeling more like summer. When the temps start to drop, this would look cute with black OTK boots too! Another reason you need it, it’s under $50! If you prefer maxi dresses, the dress also comes in the mustard floral print and is on sale for under $30! 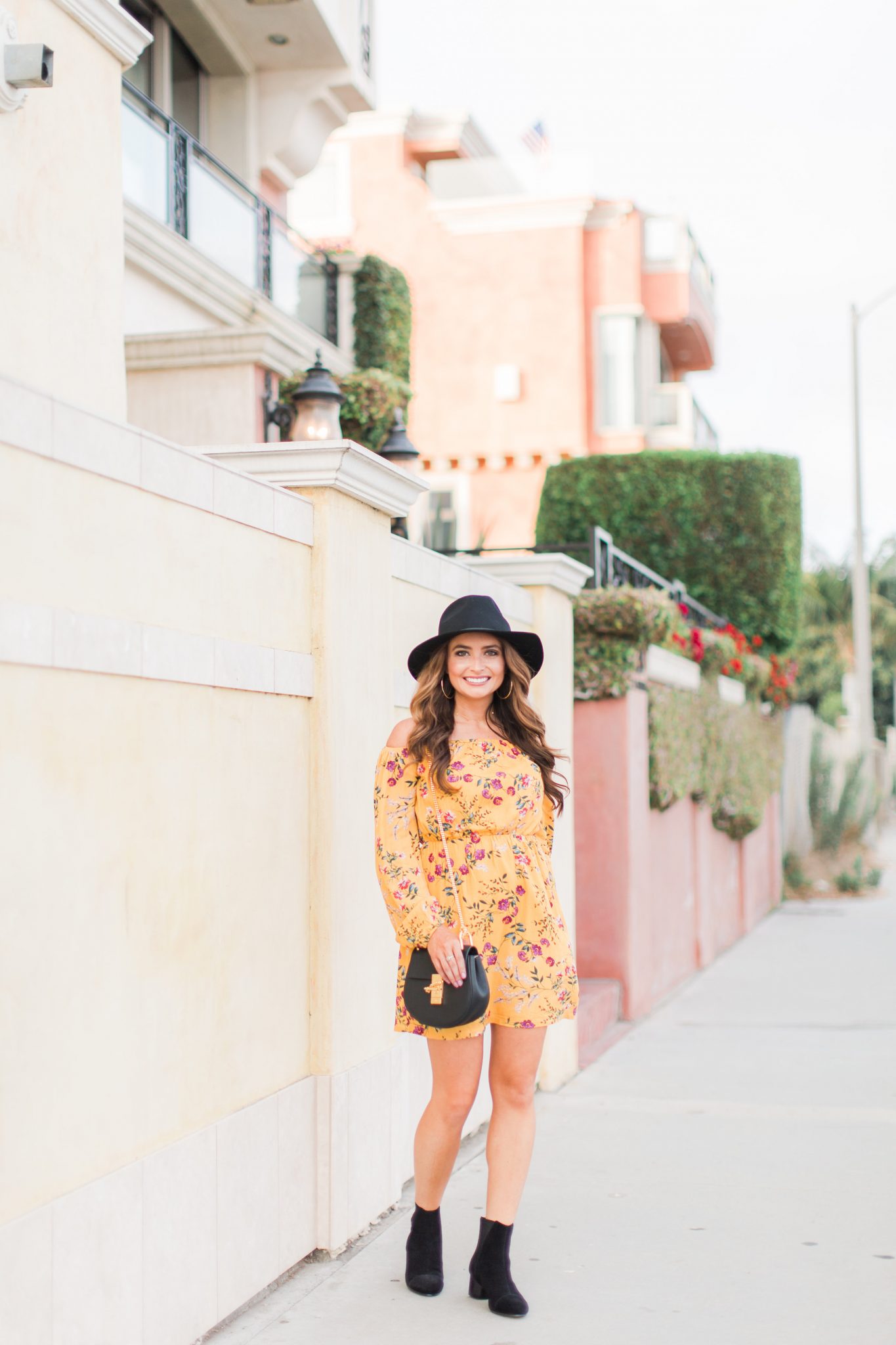 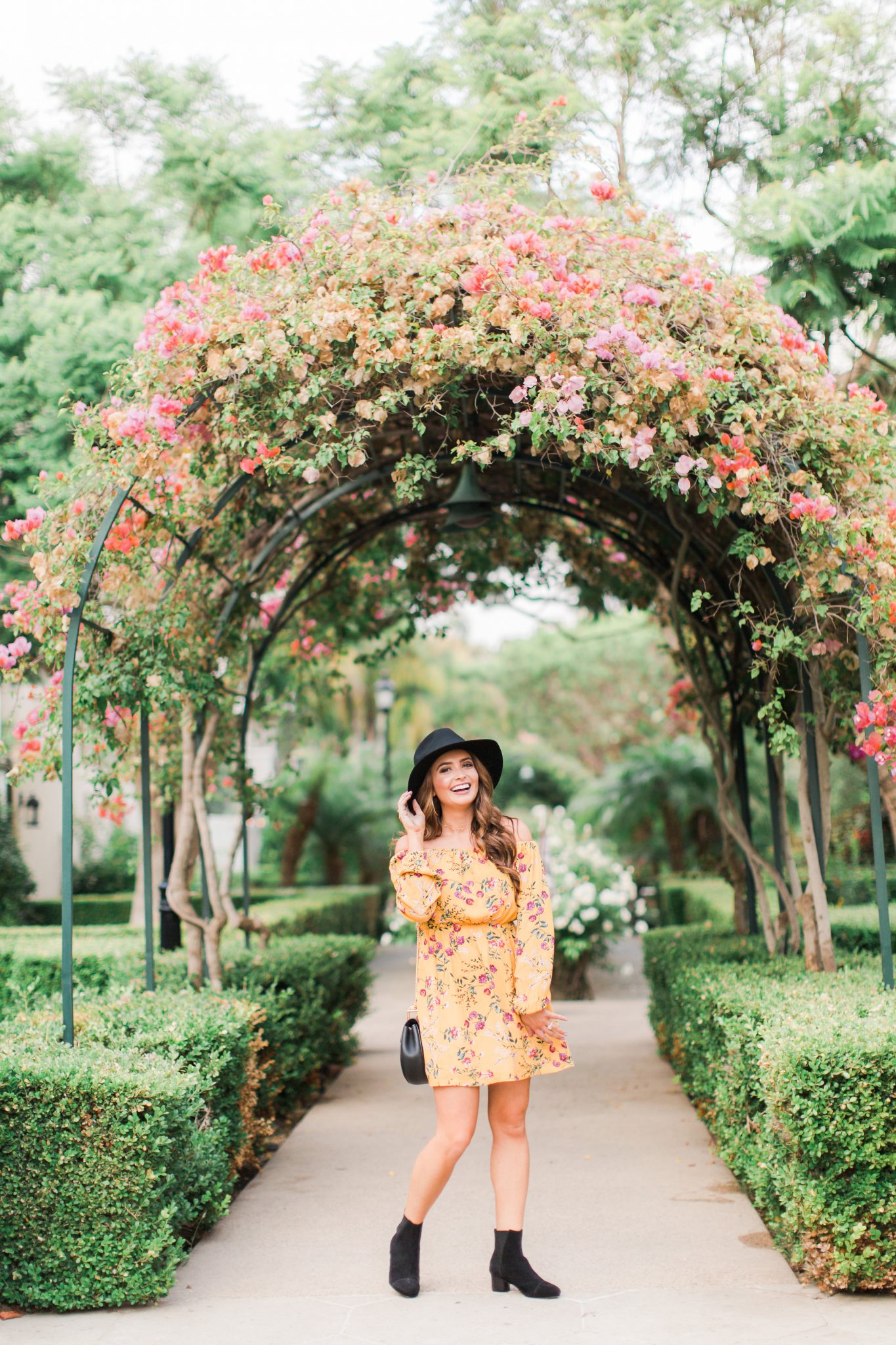 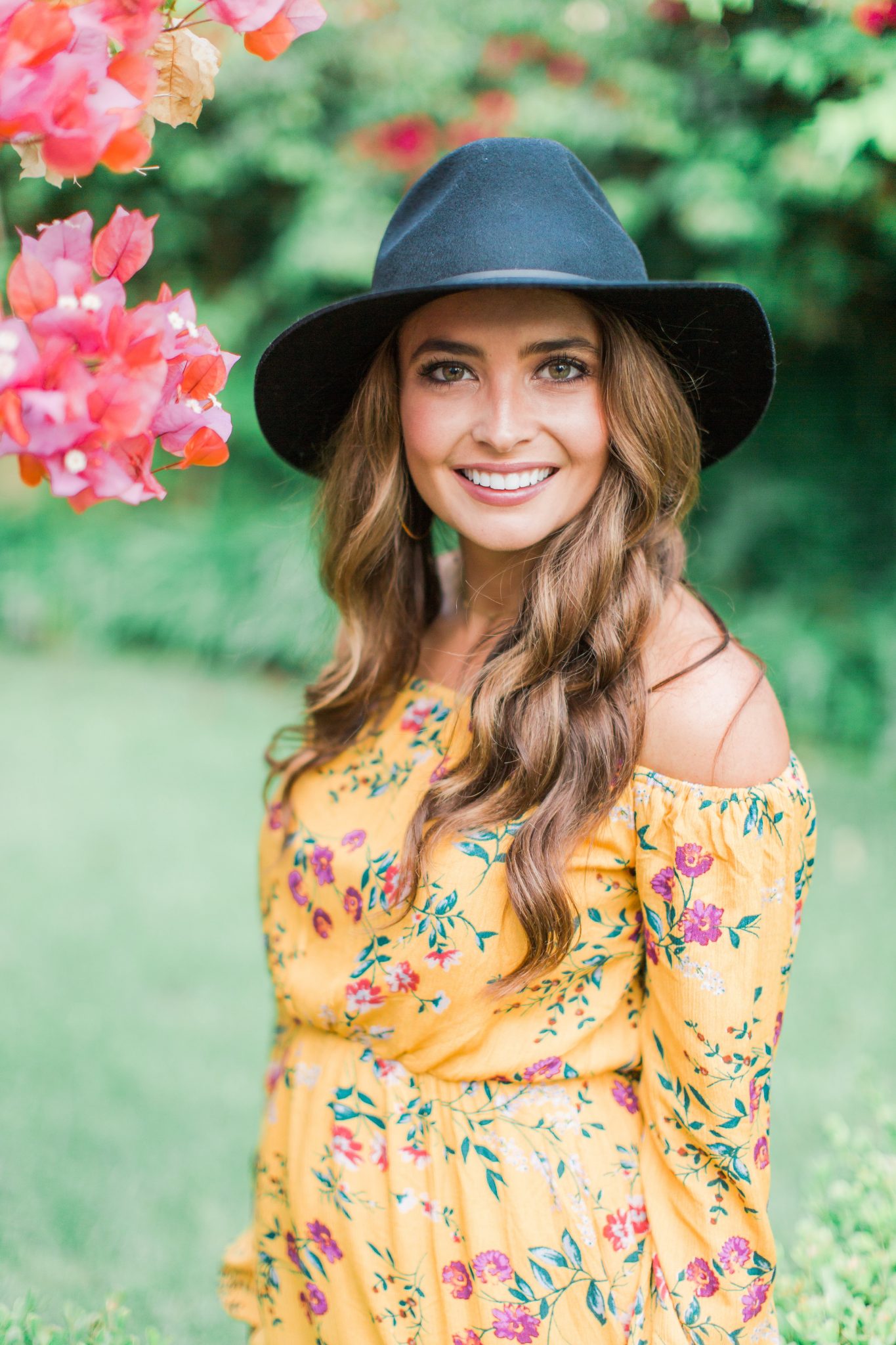 I think I must have been inspired by my college colors when putting this look together because it’s very much black and gold. Too bad we are so busy with wedding season this fall, or I would definitely be making it back to Missouri and wearing this to a Mizzou football game. This black hat is my absolute favorite! I have a small head (LOL I know right, but it’s true!) and Brixton hats come in sizes of XS-L so they are the best if your head is anything other than average. It comes in so many pretty colors. I think I am going to order the light tan today! I actually want it in every color because it’s so hard for me to find a flattering hat, and I definitely did with this one. 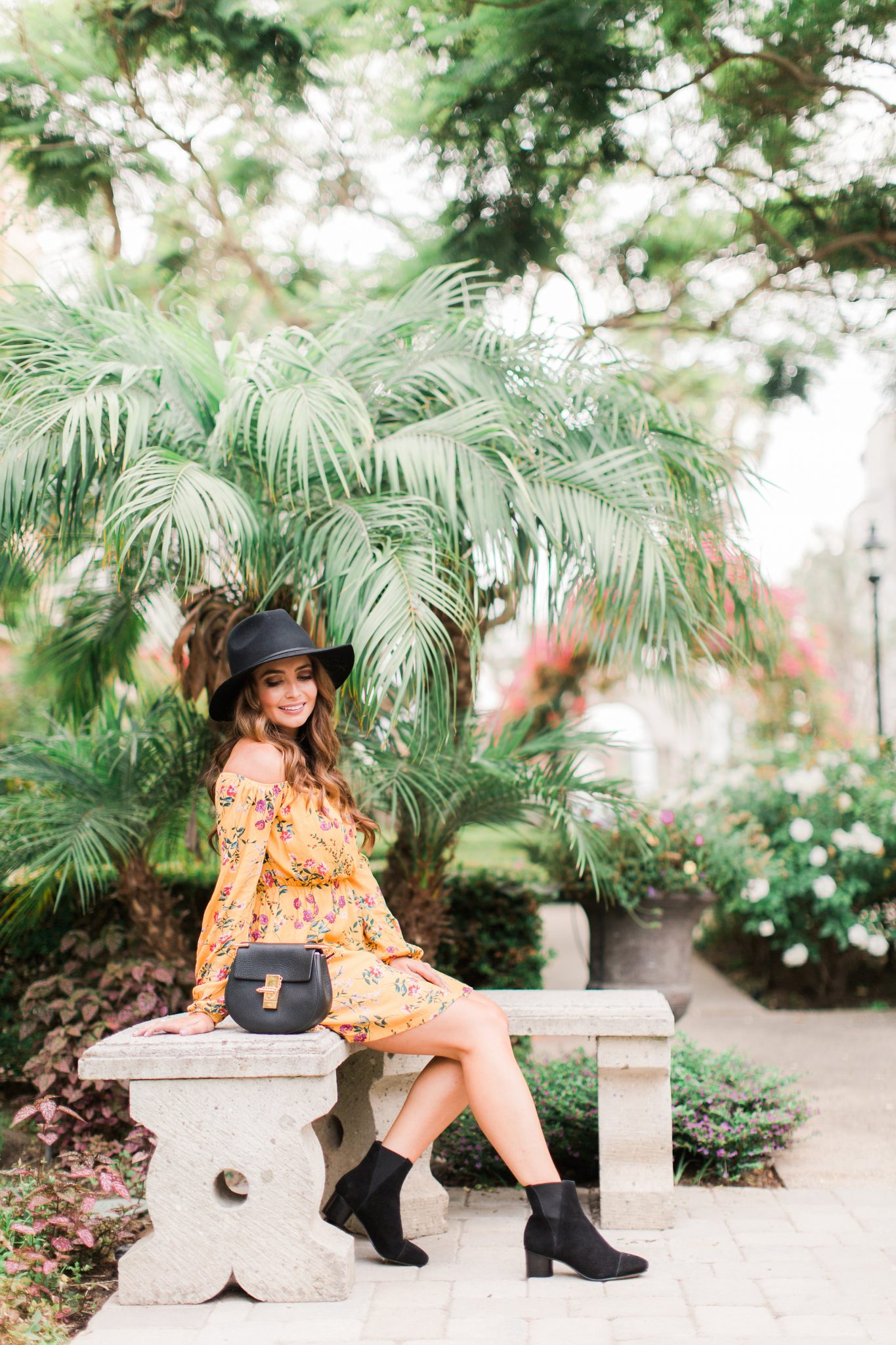 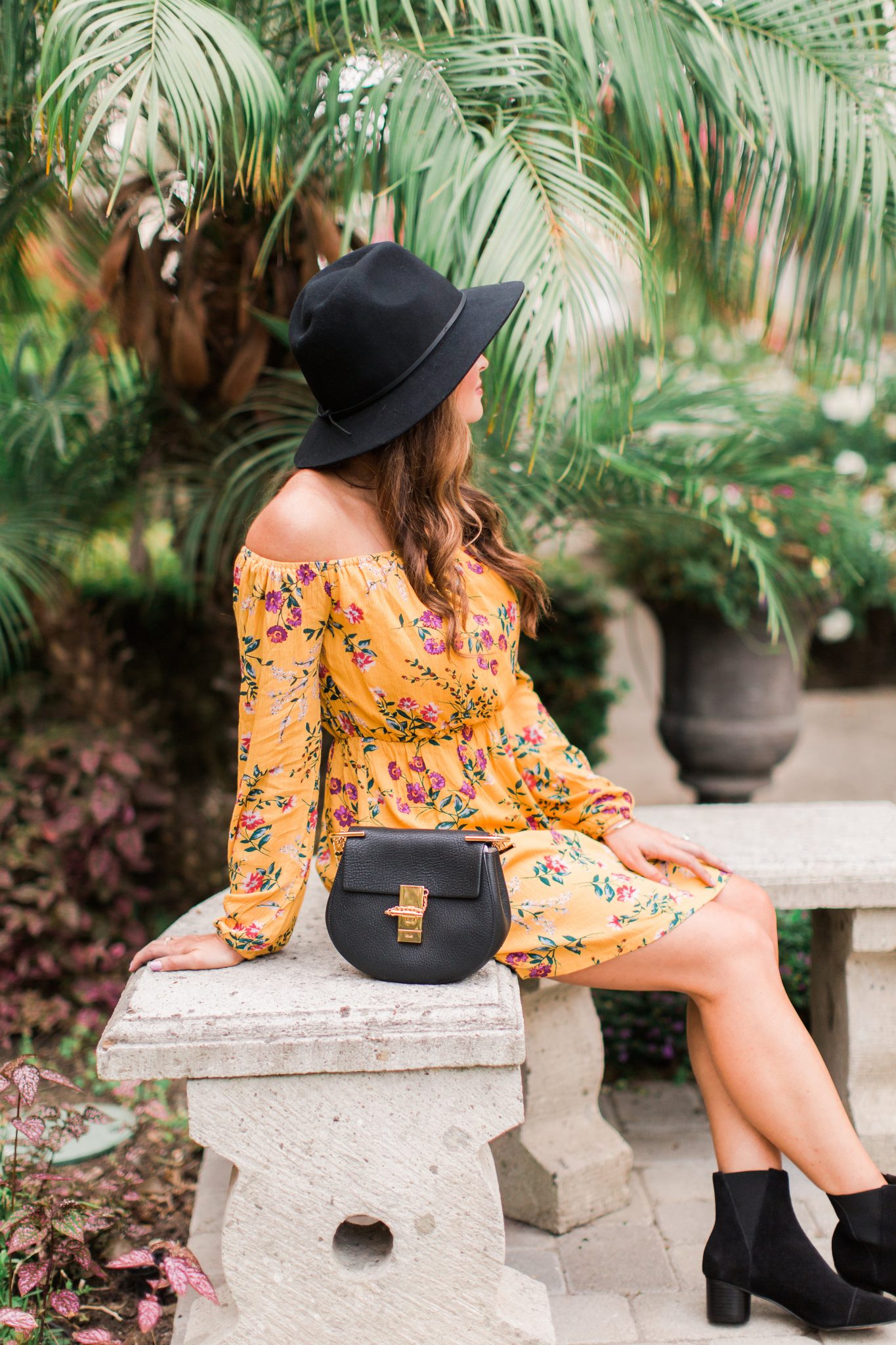 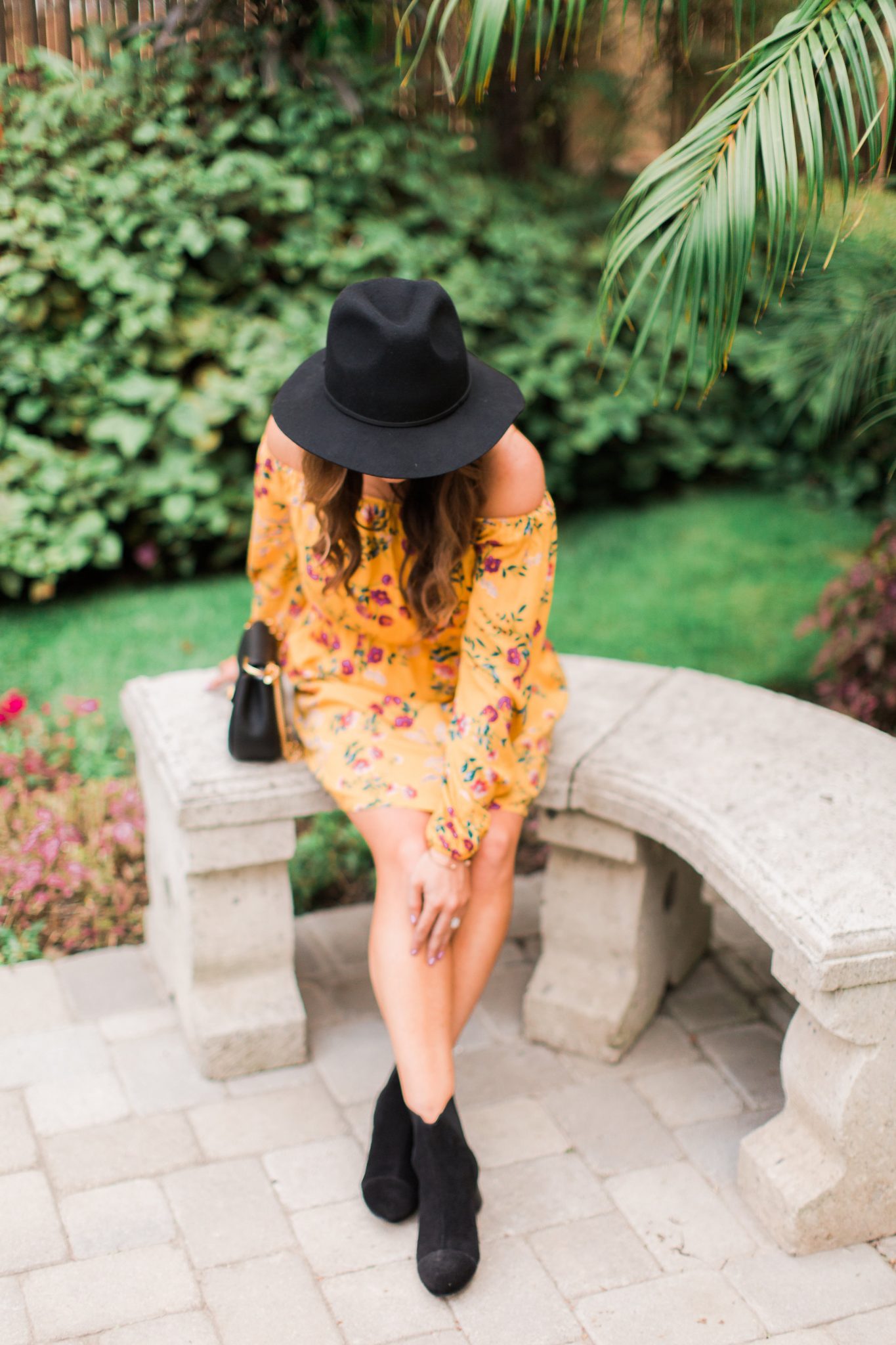 What’s your favorite color this fall? I’m also loving red (duh!), olive green, and incorporating some pastels like blush pink. I’d love to hear yours in the comments! Thanks for taking the time to stop by! xoxo!