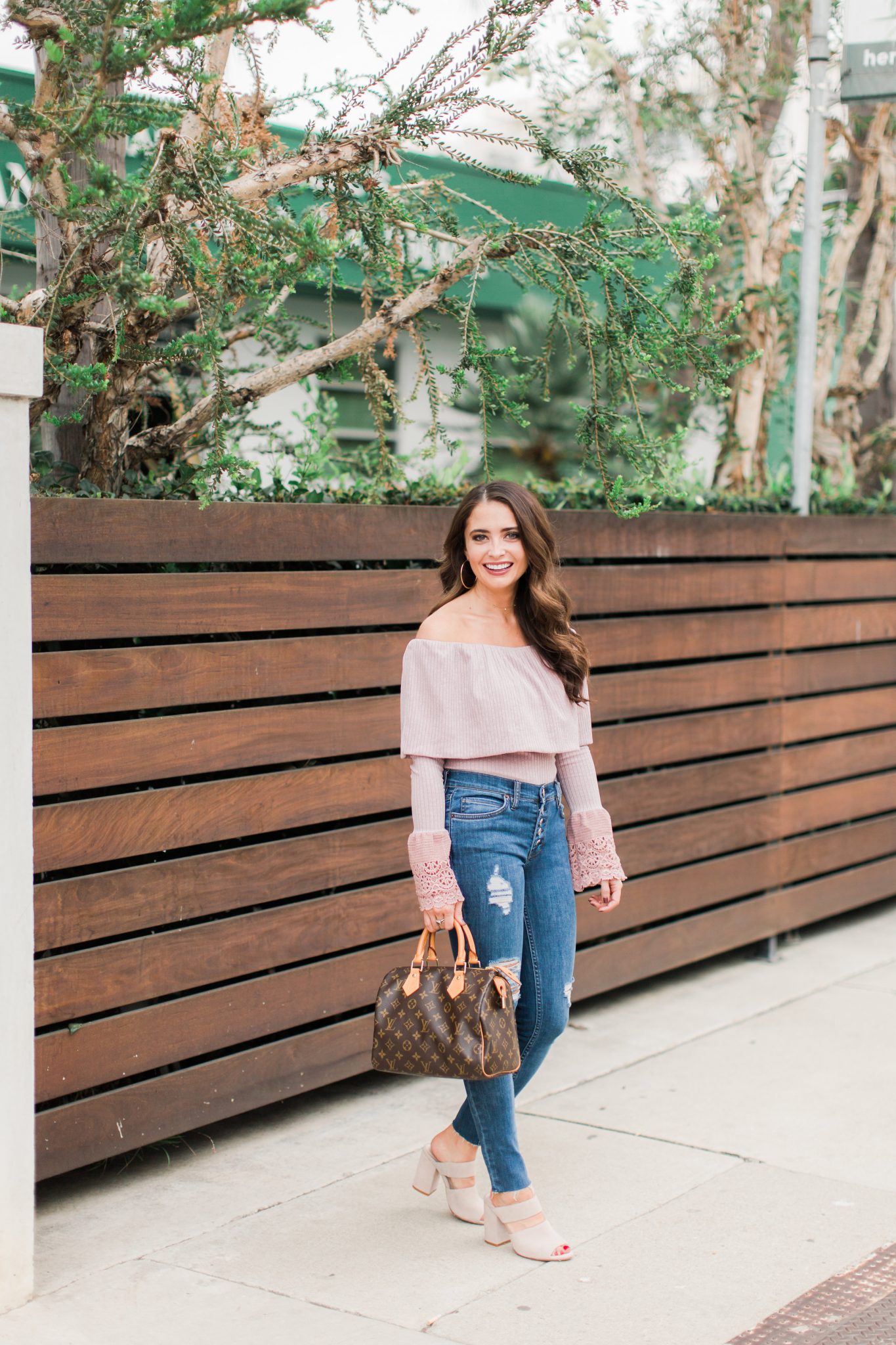 It’s the saddest time of the weekend again, the end. We had so much fun traveling back to Missouri for one of my sorority sister’s weddings. It was like a mini college reunion filled with lots of dancing, laughing, and late night snacks. We made sure to eat at Lion’s Choice and Imo’s Pizza while we were in town. If you ever visit St. Louis, these are two places that you have to try. They don’t fit in well with the wedding diet, but sometimes you have to say, “I don’t care”. 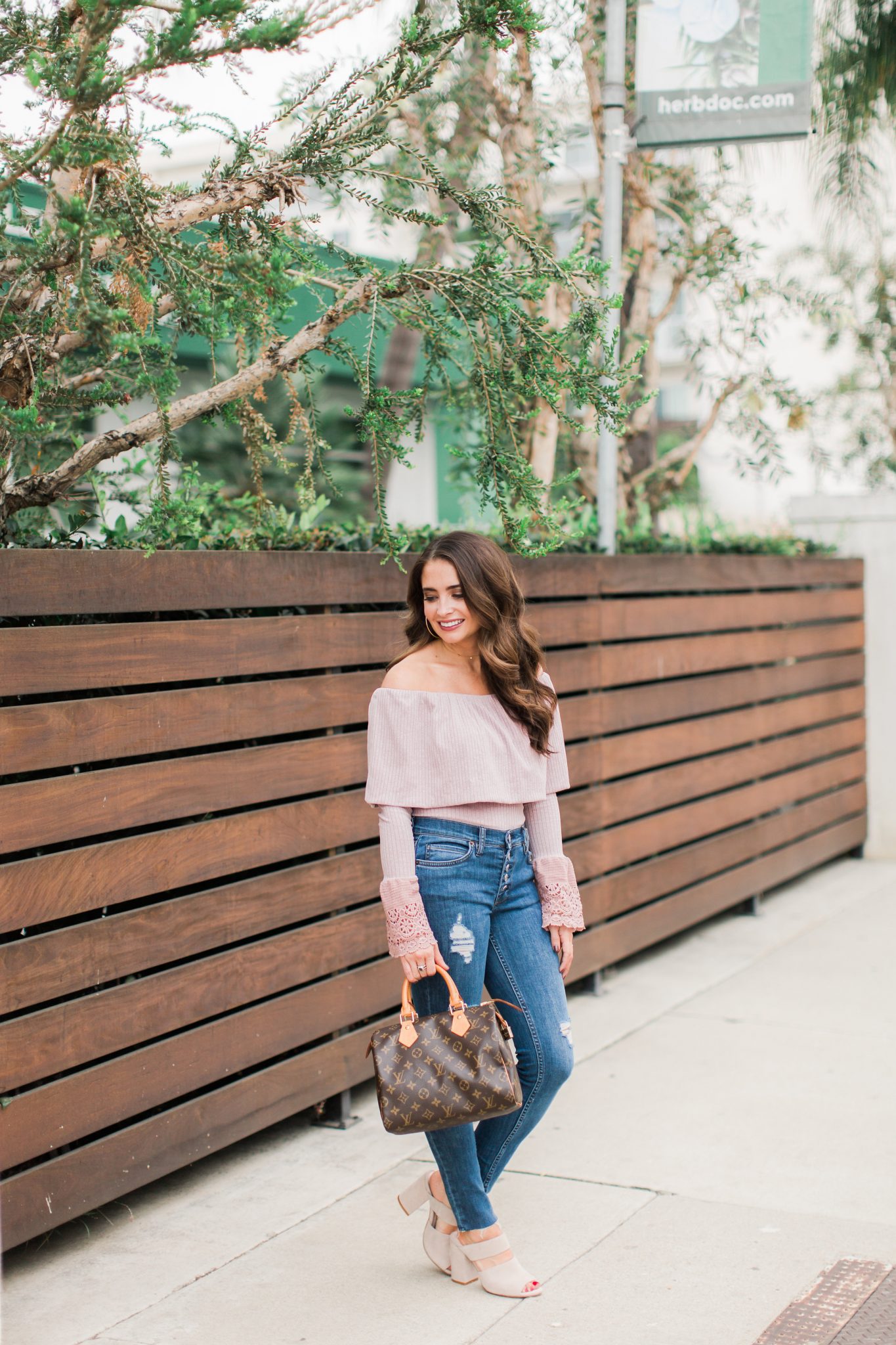 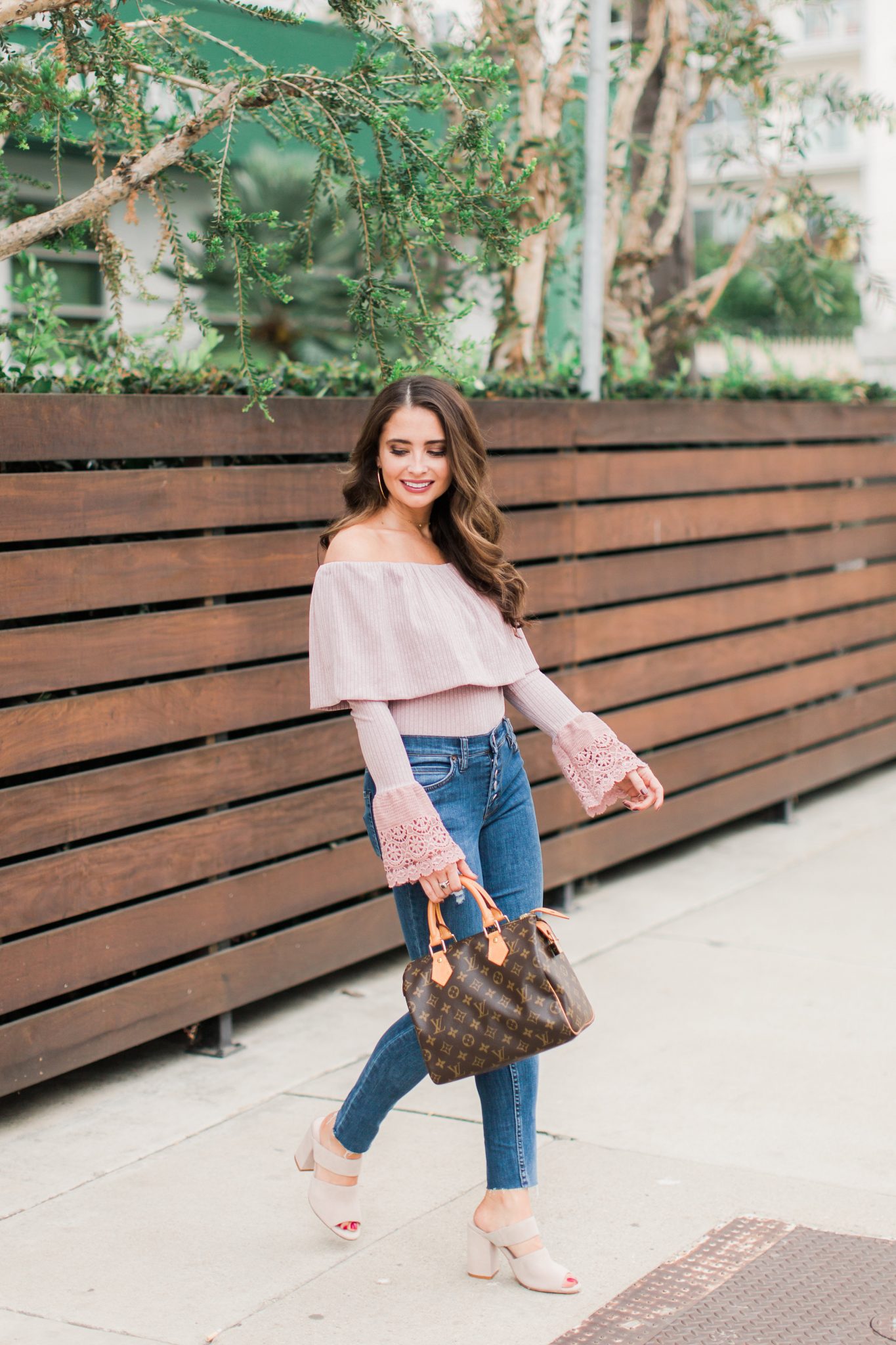 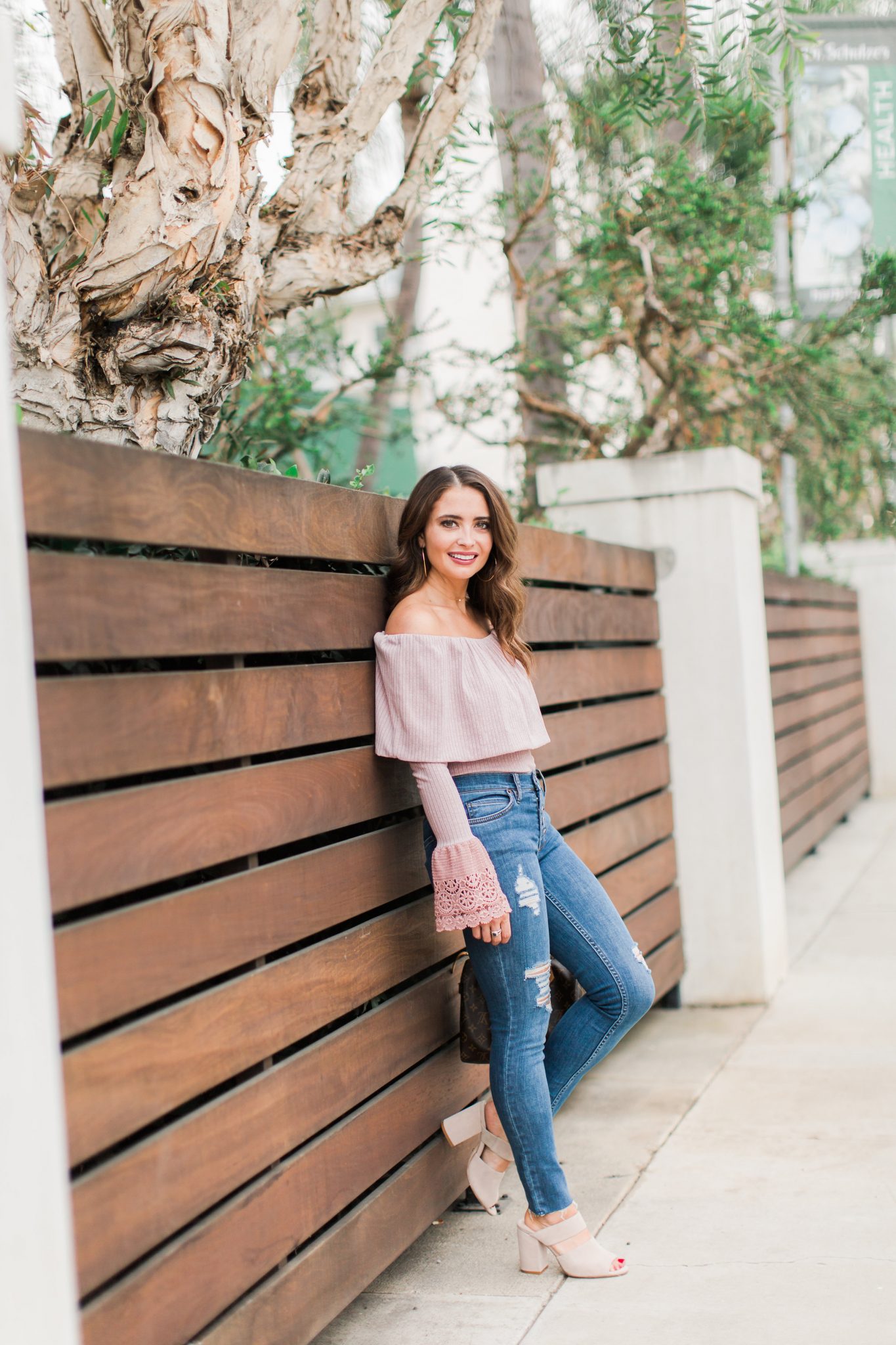 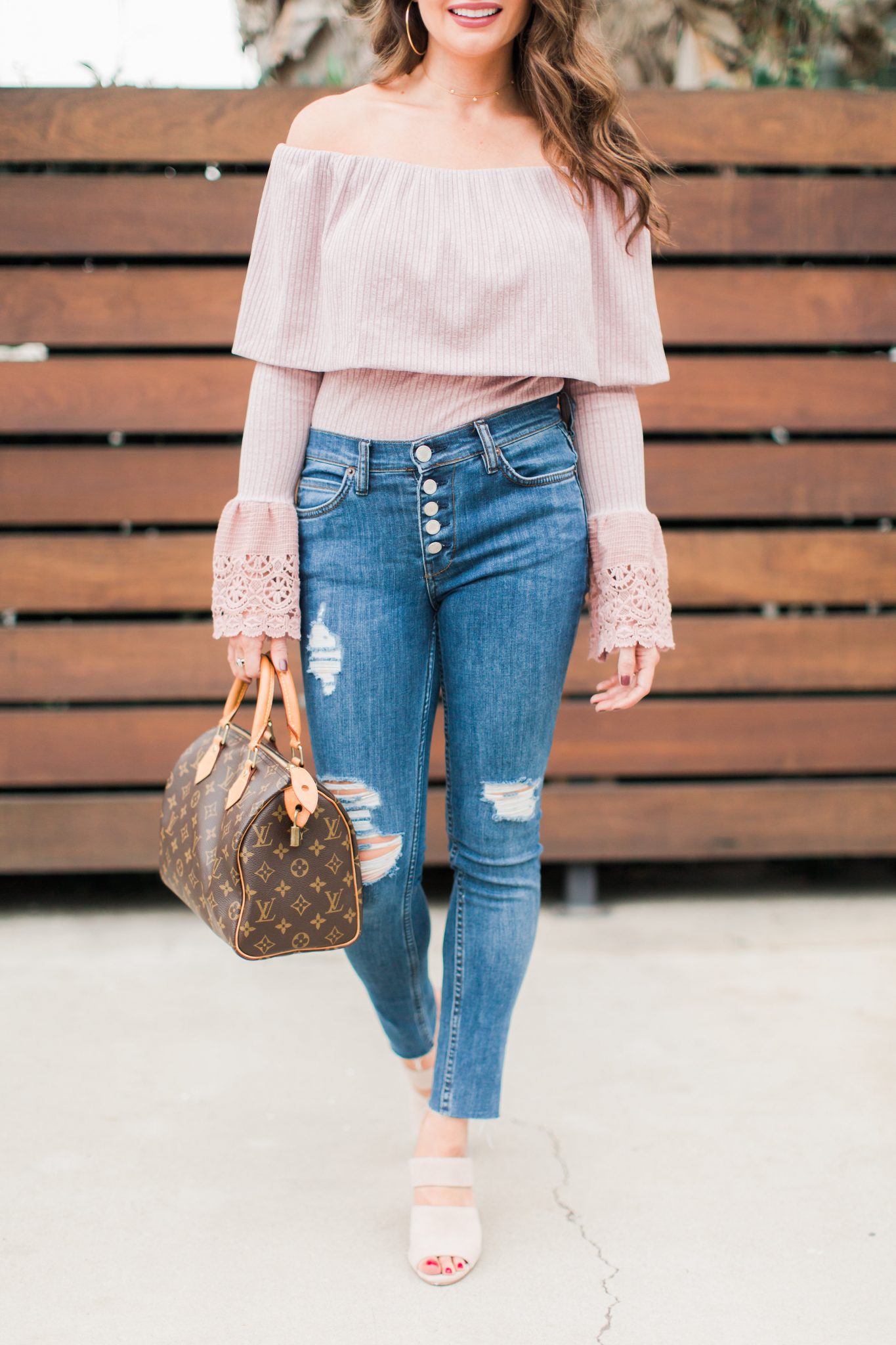 I’ve said it before, but OTS tops are universally flattering. These lace, bell sleeves are the perfect added detail to make the top fun and different. I am OBSESSED with these Free People jeans. I can’t stop wearing them. Some of my friends can confirm this. Right now, they’re 30% off and under $55. The button front makes them so cute with a top that is tucked in or a cropped one. 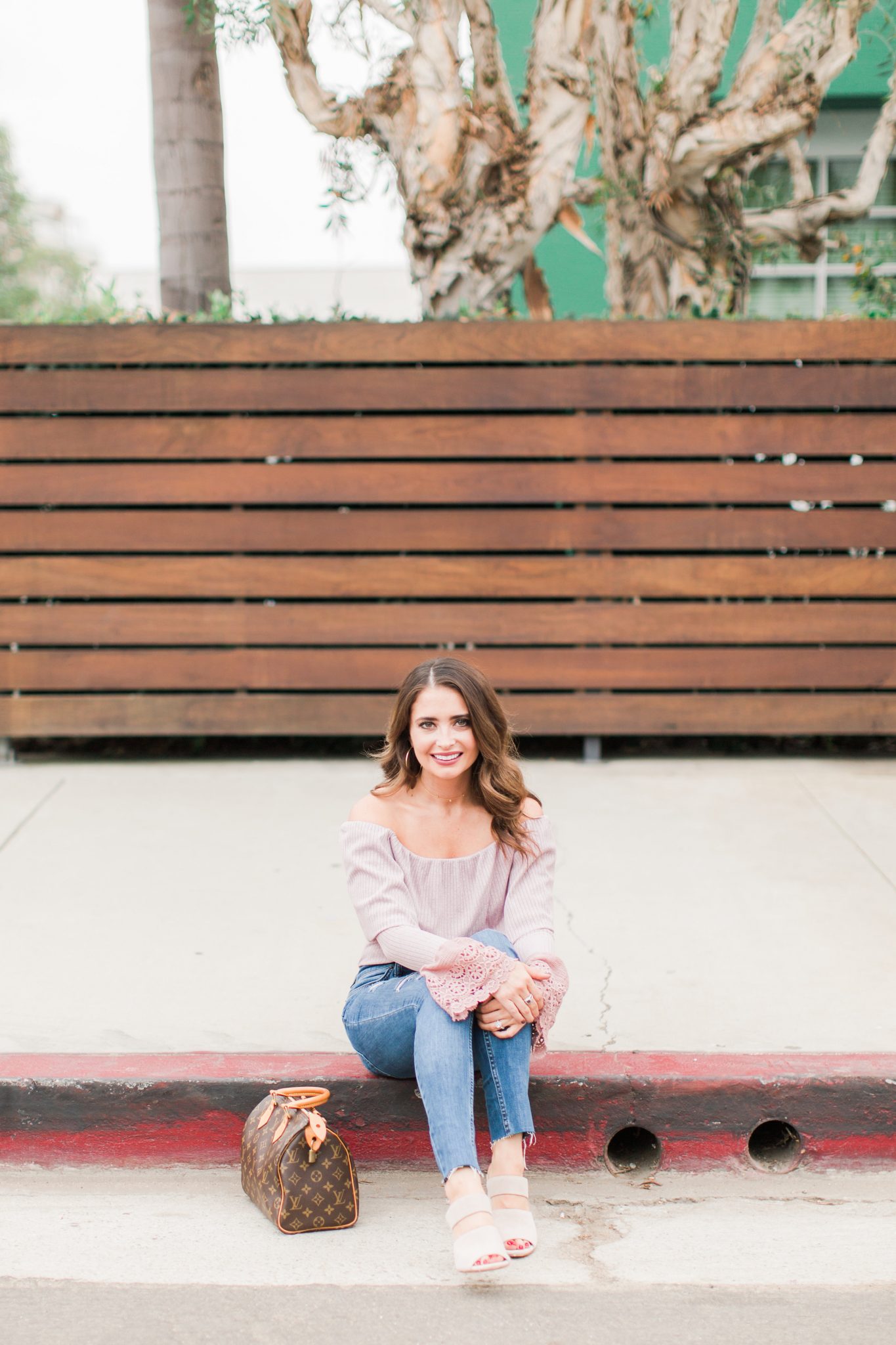 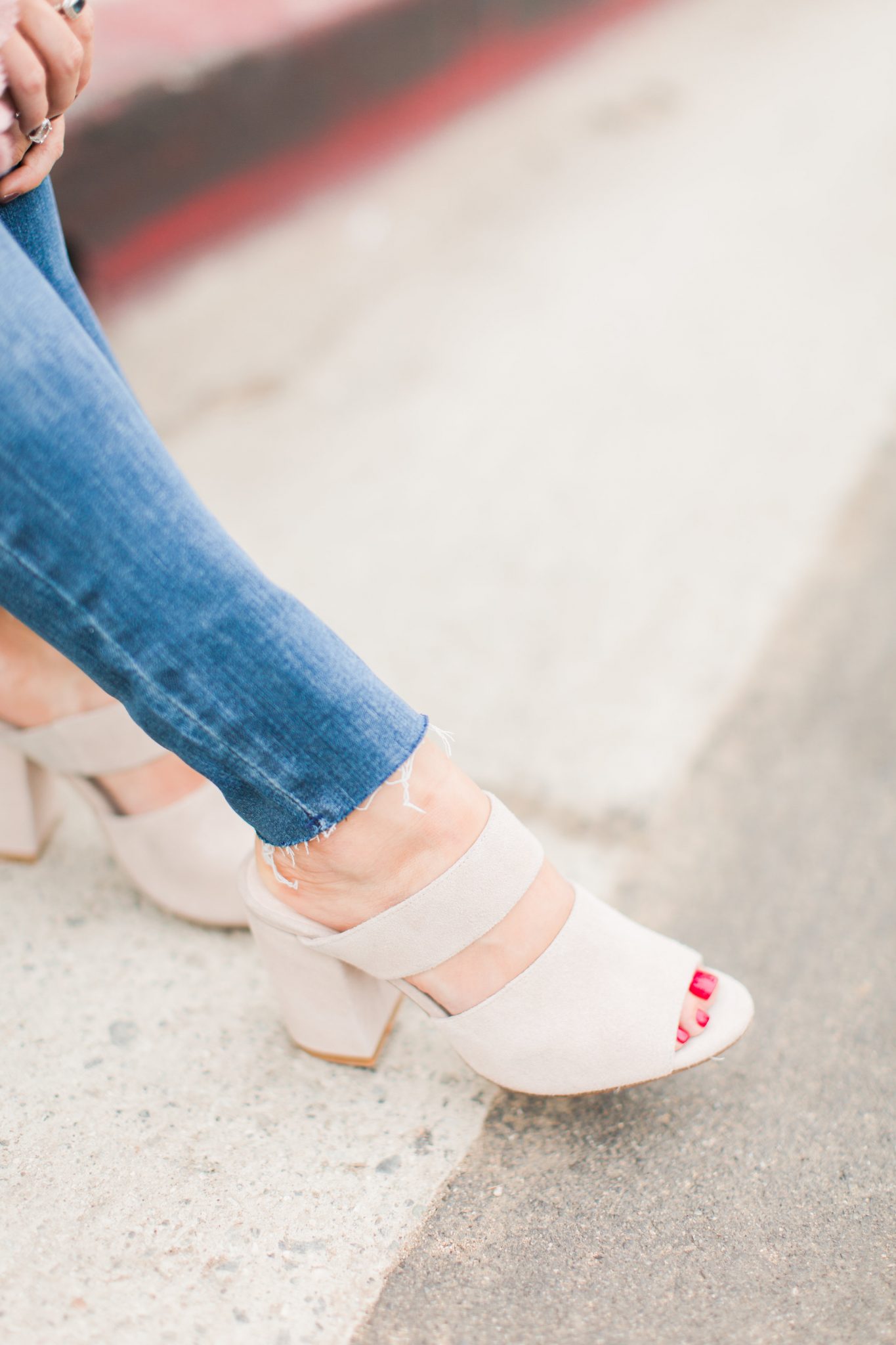 My favorite nude mules go perfect with this outfit. They’re my favorite shoe I’ve purchased this fall, and I’m so tempted to buy them in black, but I already have these black mules so I’m trying to talk myself out of it. I found a gently used (aka more affordable!) LV Speedy 25 here. This bag is so versatile and really timeless. I’ve had mine for years, and I don’t see it going out of style.

What do you think about wearing lighter colors in fall? Do you have a favorite unexpected color you like to wear? Mine is definitely anything pink! Hot pink, blush pink, give me all the pinks year-round. Thanks so much for reading! Your support means the world. Xoxo!