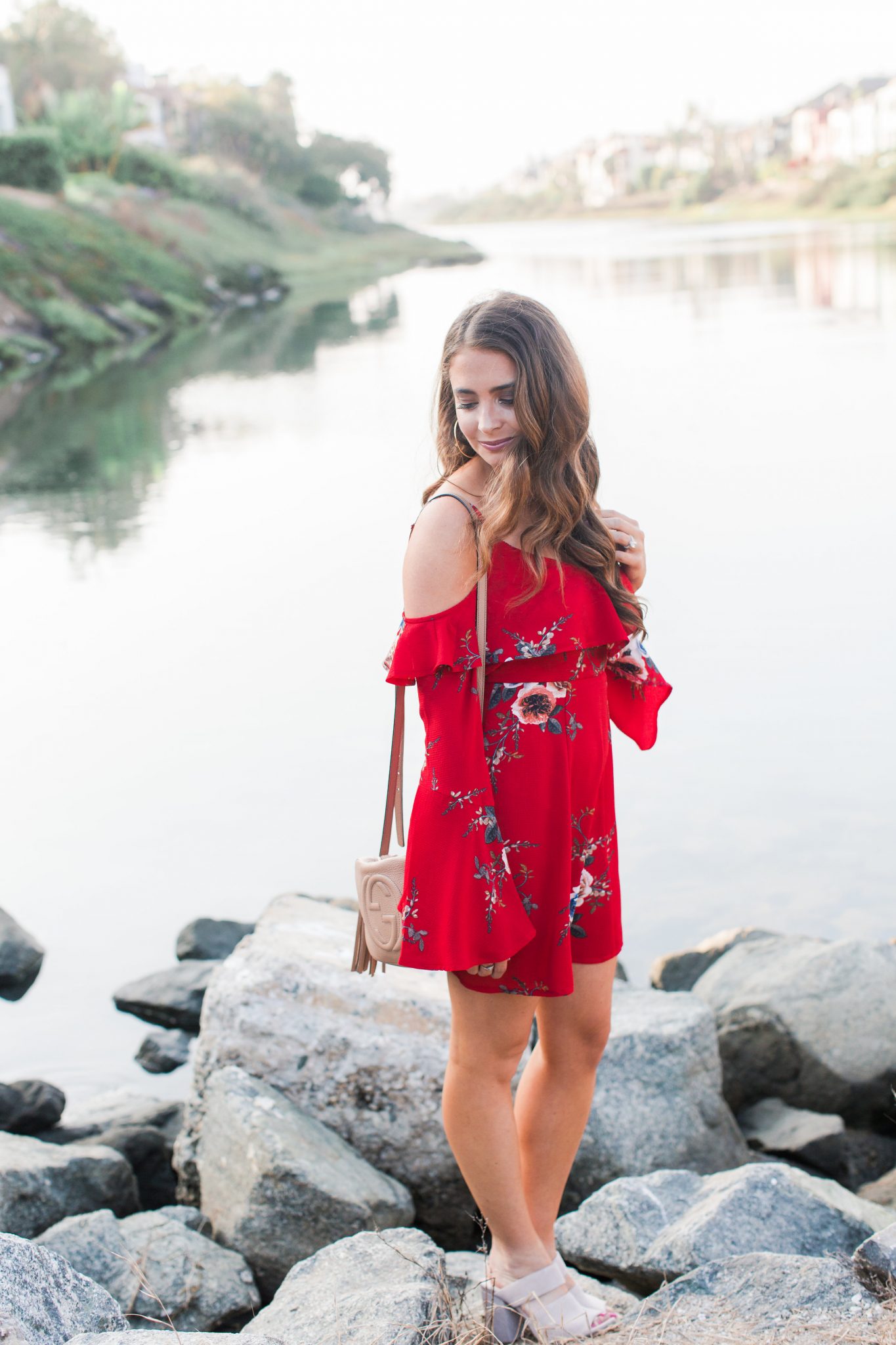 Happy Second Sunday, friends!! This long weekend was much needed, especially after Instagram got all crazy on me. For those of you that didn’t see my posts on Insta, my account was hacked. Someone was unfollowing and following accounts on my behalf and deleting comments on photos. Luckily, I was able to recover my account, but my hashtags still aren’t appearing on accounts that don’t follow me. Anyone have any advice on how to fix this? Instagram hasn’t exactly been quick to reply. I was very thankful for the long weekend and forced break from social media so I could focus on being present with my fiancé and enjoying our Santa Barbara getaway. Maybe God was just telling me I needed to rest and get some QT in with Tyler. 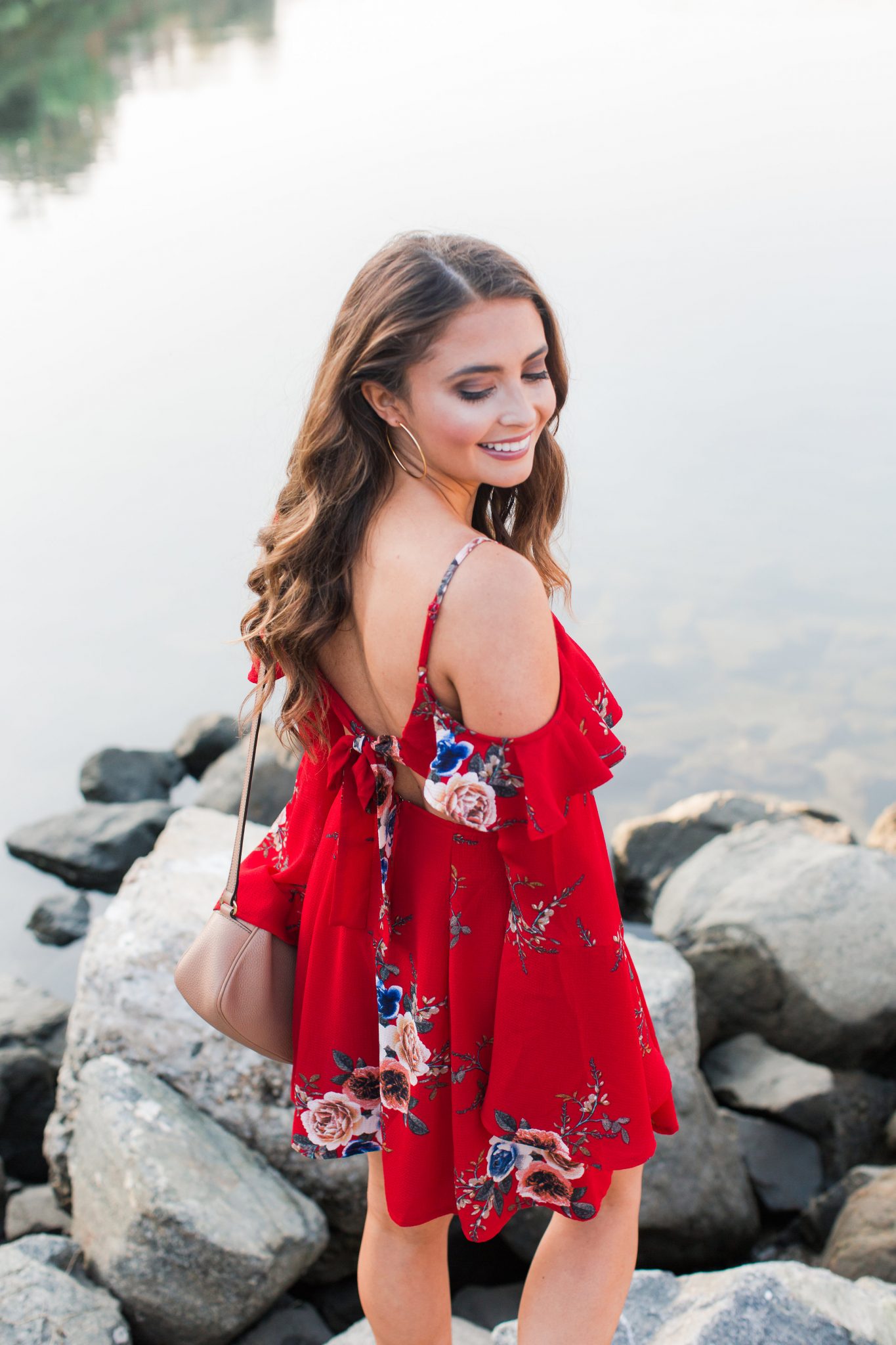 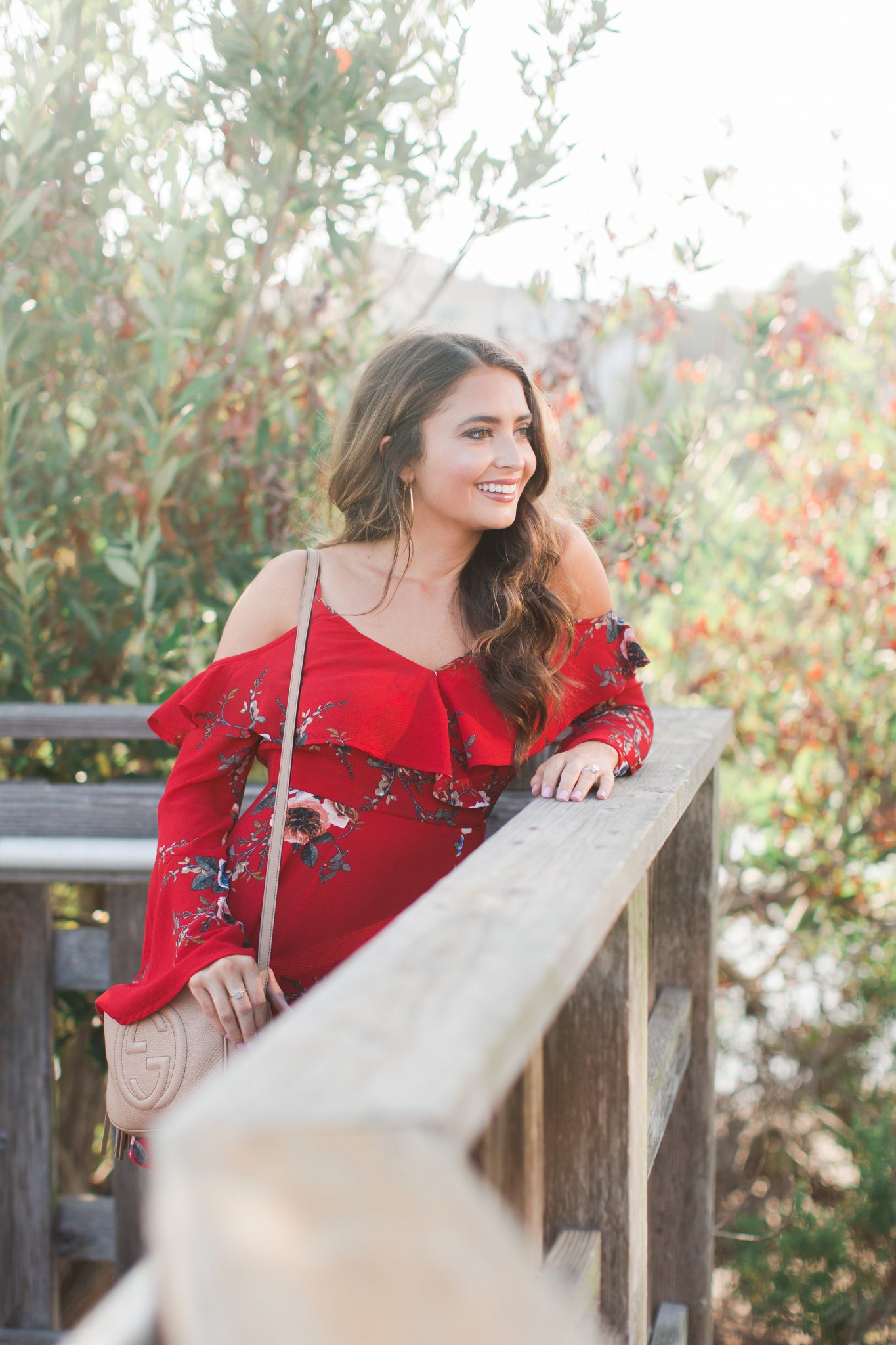 Santa Barbara Getaway: Where to Eat

First, these pictures weren’t taken during our Santa Barbara getaway. I was trying to be present with Tyler so I didn’t bring the camera along for most of the trip, but I still wanted to share all of the wonderful places we went because we had no idea what we wanted to do, and a guide would have been so helpful. We got in town Saturday around lunchtime. I read that there were a lot of good casual lunch spots around Stearns Wharf so we headed straight there. The only restaurant on the pier that allowed dogs was the Santa Barbara Shellfish Company so our decision was made for us on where we would eat. There was a bit of a wait so don’t go here if you’re already getting hangry. They have a lot of live seafood specials that looked really good! To start, we had bloody marys, which were perfectly spicy, and the coconut shrimp. If you like coconut shrimp, you’ll like these. For our entrees, we had the lobster tacos and the crab cakes. I enjoyed the crab cakes the most. The lobster tacos were good, but I probably wouldn’t order them again because there were too many different flavors to really appreciate the lobster. All of the restaurants on the pier have such pretty ocean views. I’d recommend coming here for the views and to check out the pier. 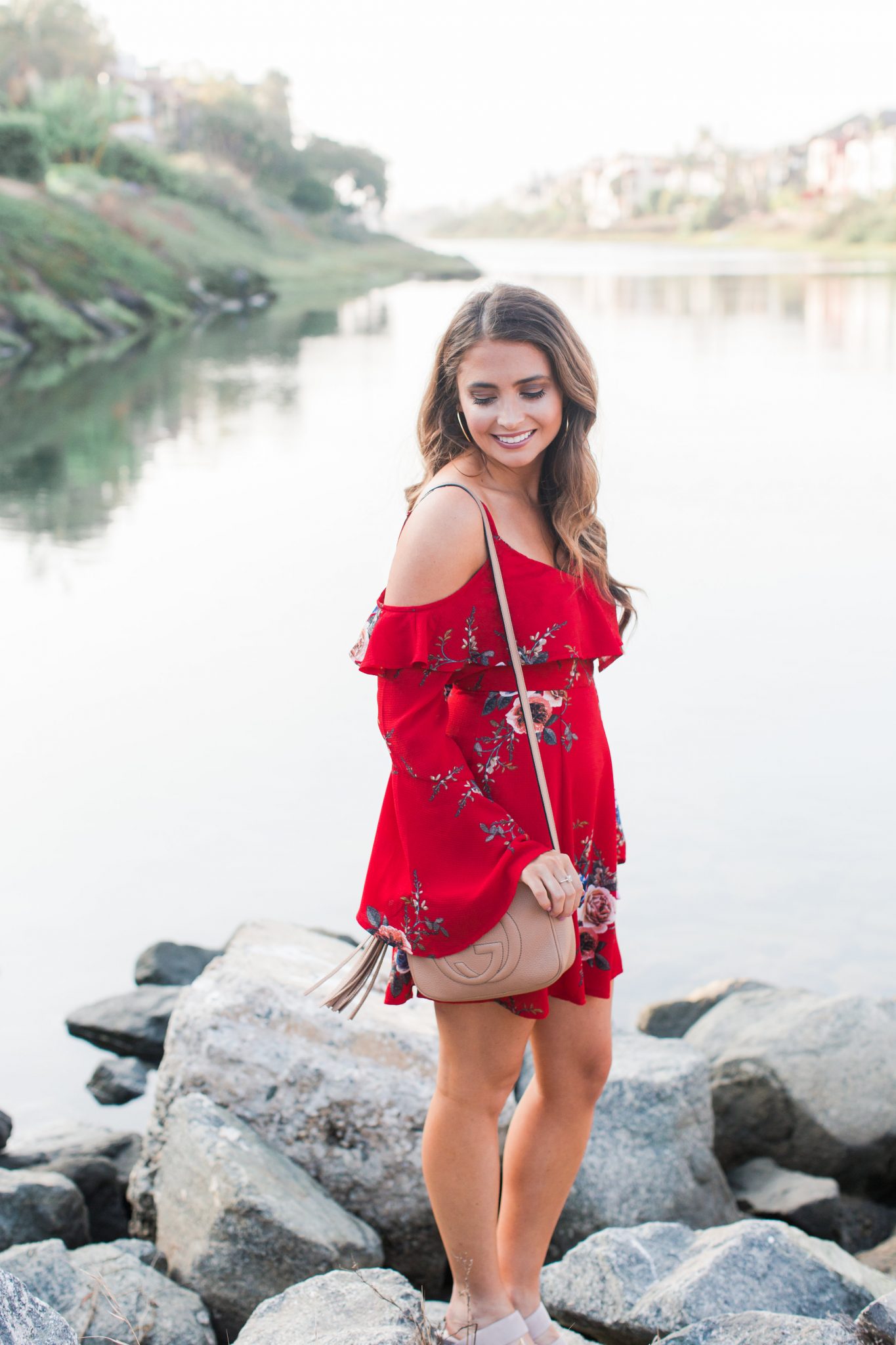 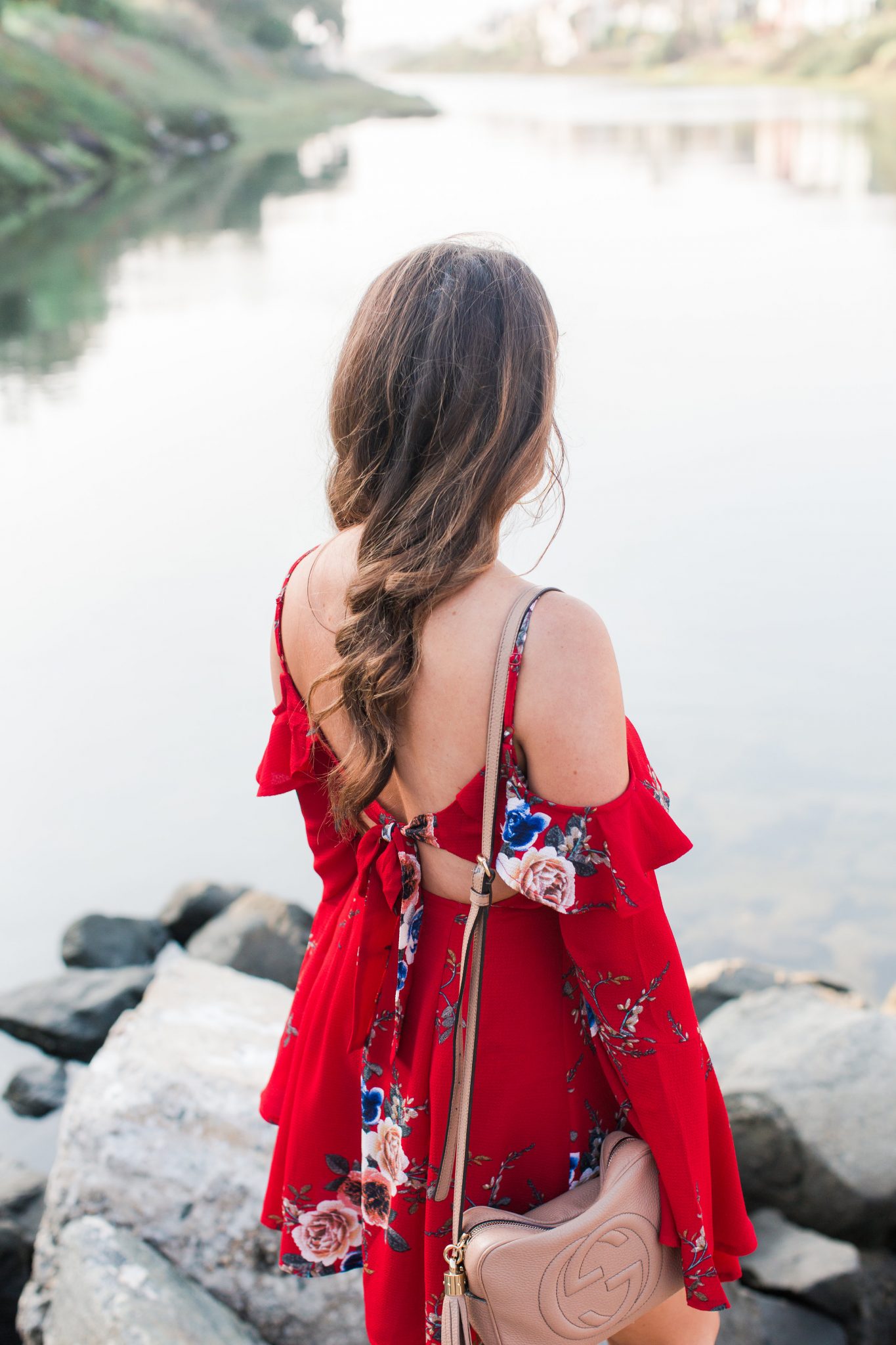 Santa Barbara Getaway: Where to Stay

Next, we checked into our hotel, Kimpton Goodland. It’s a boutique hotel and has the cutest decor! The walls have so many different, fun murals (a bloggers dream) and the furniture is not the standard hotel style. Plus, they allow dogs! If you can’t tell, a lot of our decisions are based around our Gigi girl. There’s a pool, pool table and restaurant as well. I highly recommend staying here. My only complaint is the walls are a little thin so if you have a family of four with small children staying next to you, you might not get to sleep in as late as planned. I think this is common at most hotels though.

Santa Barbara Getaway: Where to Go

After checking in, we headed to Babcock Winery & Vineyards. The vineyards were about 30 minutes from our hotel but definitely worth the drive. We read a review that said Babcock Winery was perfect for hipsters, and we could totally see why when we arrived. The interior is decorated really quirky. They have great Pinot Noir here. We loved the one they’re known for, the Ocean’s Ghost Pinot Noir. On our way back into town we stopped at Alma Rosa’s tasting room. We thought we were stopping for a snack, but they didn’t serve food, so we did another wine tasting instead. I’m a huge fan of sparkling wine so there is no surprise my favorite was a sparkling pinot noir. They also had a ton of great pinot’s on the tasting menu. We tried four different ones. 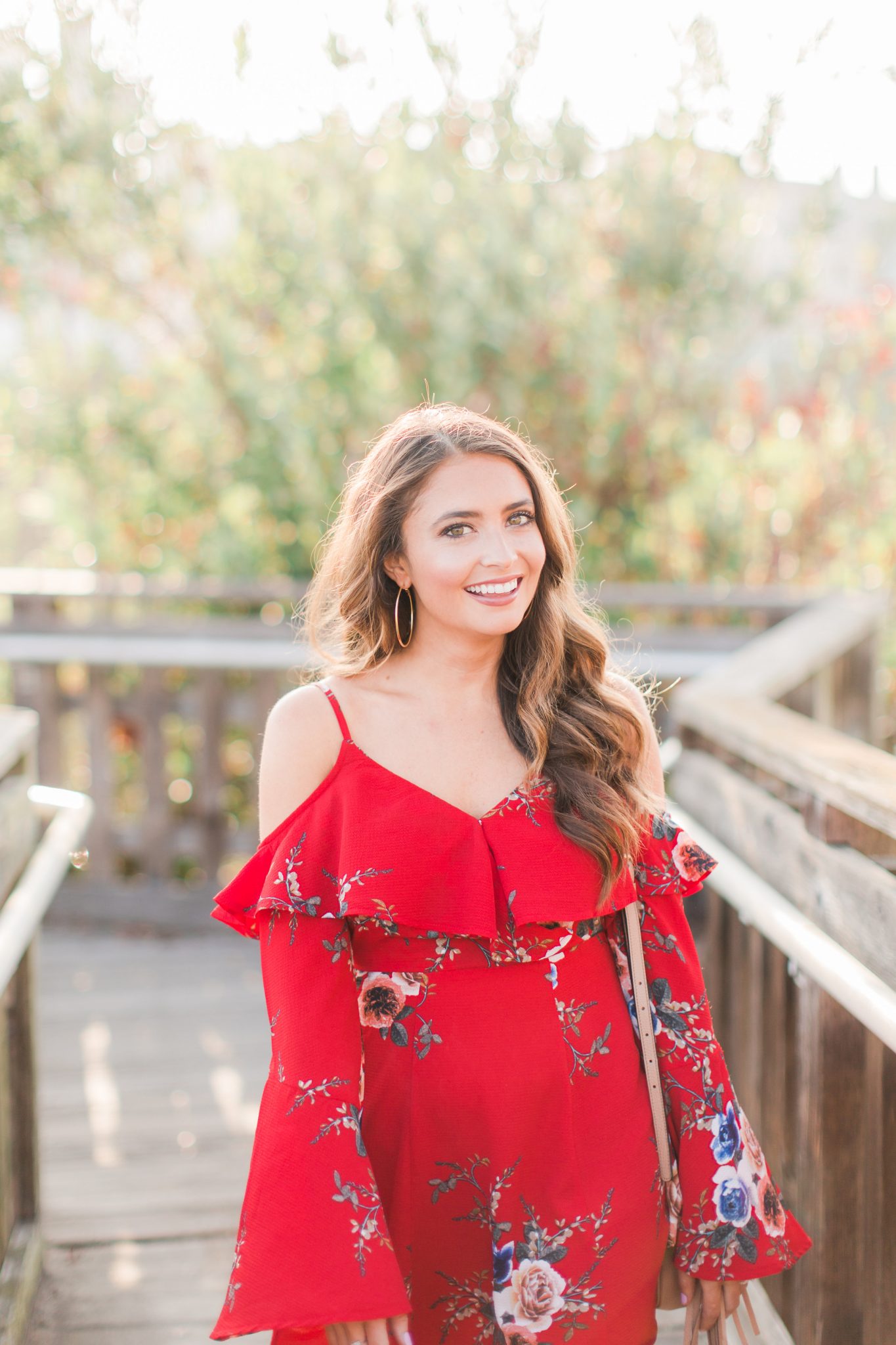 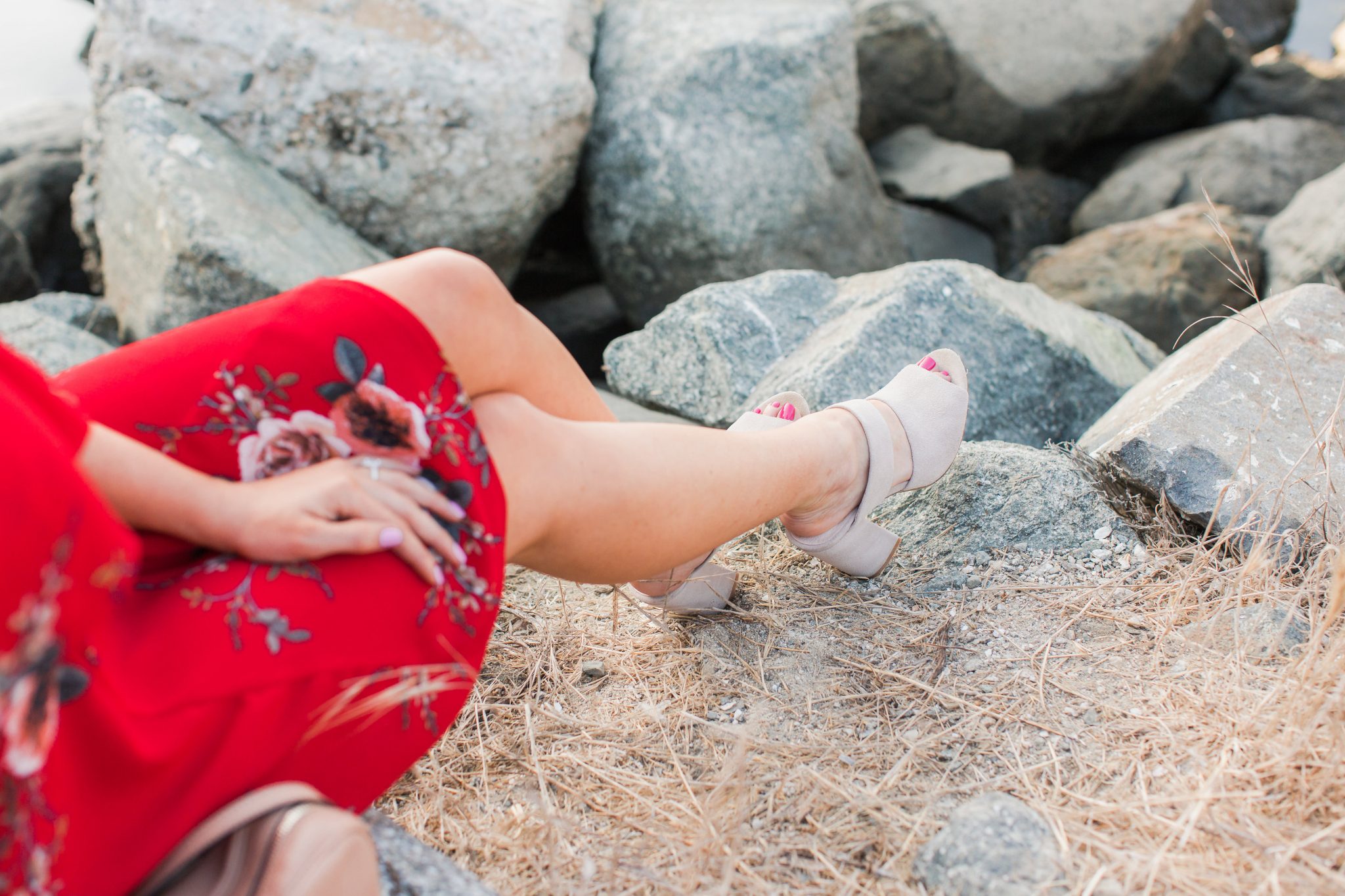 After the wineries, we napped and went to dinner in the Funk Zone at Loquita. Funk Zone is a trendy area with a lot of great restaurants and spots to grab drinks. We loved Loquita. They serve Spanish tapas. Everything we had was so good, but I would definitely recommend the albondigas, tortilla española, and trying a paella. It would also be a great place to stop by the bar and grab a drink. They have a lot of fun flavors of G&T’s. The Maravilloso with sangria foam was especially delicious, and I typically hate tonic.

On Sunday we planned to go on a hike at Inspiration Point, but we slept in too late so we headed to brunch at The Shop Kitchen instead. OMG it was so good, y’all. We pulled up, (and it does not look fancy) and I totally judged a book by it’s cover. I was trying to be healthy and ordered a salad, and was sad I ordered a salad, then it was amazing! I had the sunshine salad but someone next to me had the cecilia and it also looked so tasty. Tyler had the tugboat which is a delicious take on eggs benedict so no surprise that it was great. While we were eating breakfast, a major storm came through the area. Luckily, we quickly made it inside because there were trees falling and things flying through the air. I never knew California experienced weather like the Midwest tornados I grew up with. We planned to explore State street more, but most of the businesses were closed due to power outages.

We decided to check out Shoreline Park which had beautiful ocean views. It would be so fun to have a picnic there, and then take the stairs down to the beach. My friend recommended Los Arroyos in Montecito as a must so we stopped by for dinner on our way out of town. It has delicious Mexican food, and I highly recommend it!

We really wished we had time to try South Coast Deli and visit  Old Mission Santa Barbara. Guess we will have to make another trip back soon!

Do you have any other suggestions on things to do for our next Santa Barbara getaway? Let me know in a comment below!

This little red dress would be perfect for a night out in Santa Barbara, and it’s 20% off today! Asos is actually having a 20% off sale on their entire website through today, and it’s definitely worth checking out!

Thanks for reading!! If you’ve been to Santa Barbara, I’d love to hear your recommendations in my comments!