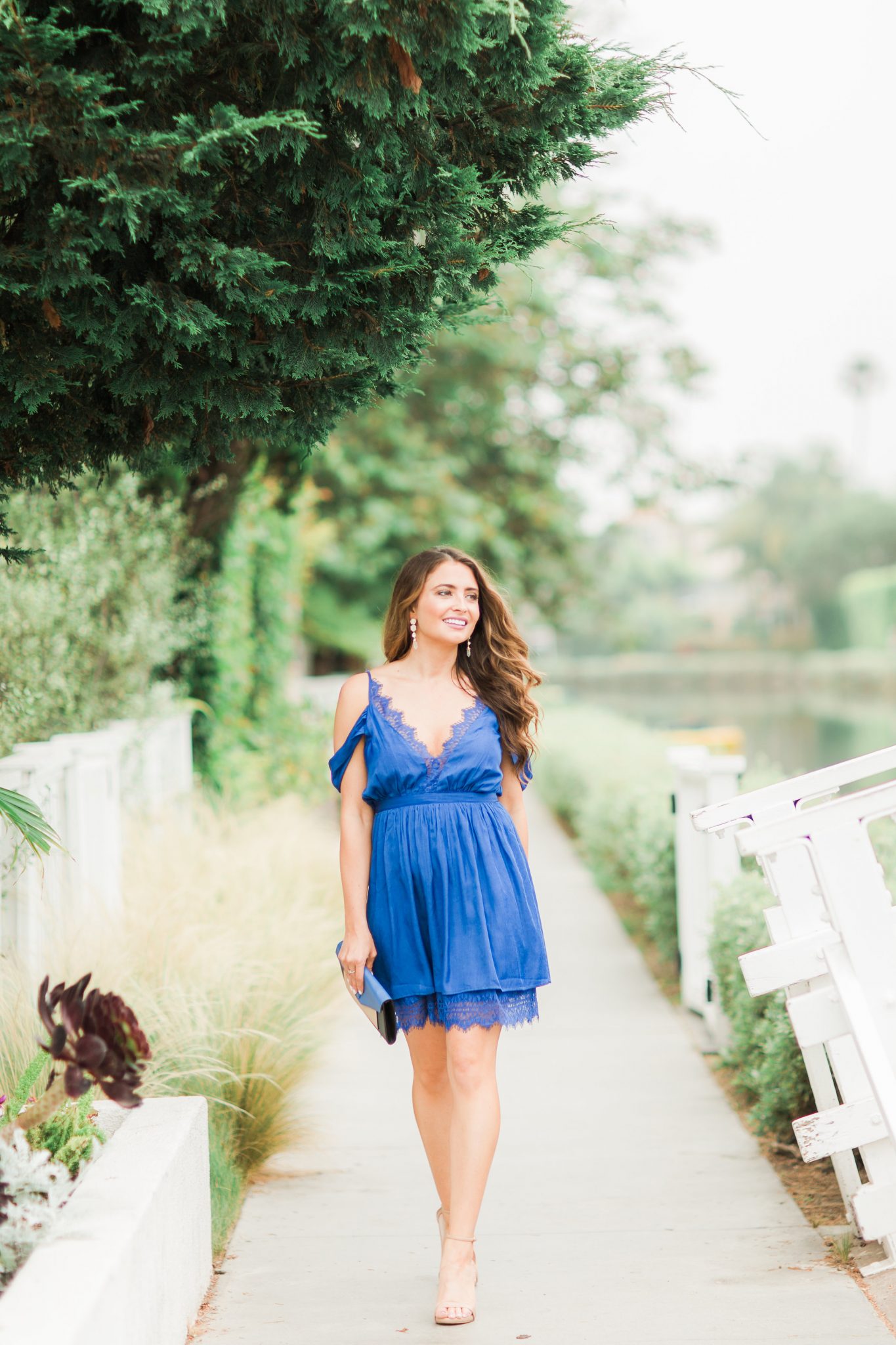 Hope you all are having a great Monday!! All of the fall weddings I’m attending are approaching, so I wanted to share this little blue dress I wore to a wedding over the summer. I love that this color would be great for a summer or fall wedding. Isn’t the lace detail on this dress amazing? 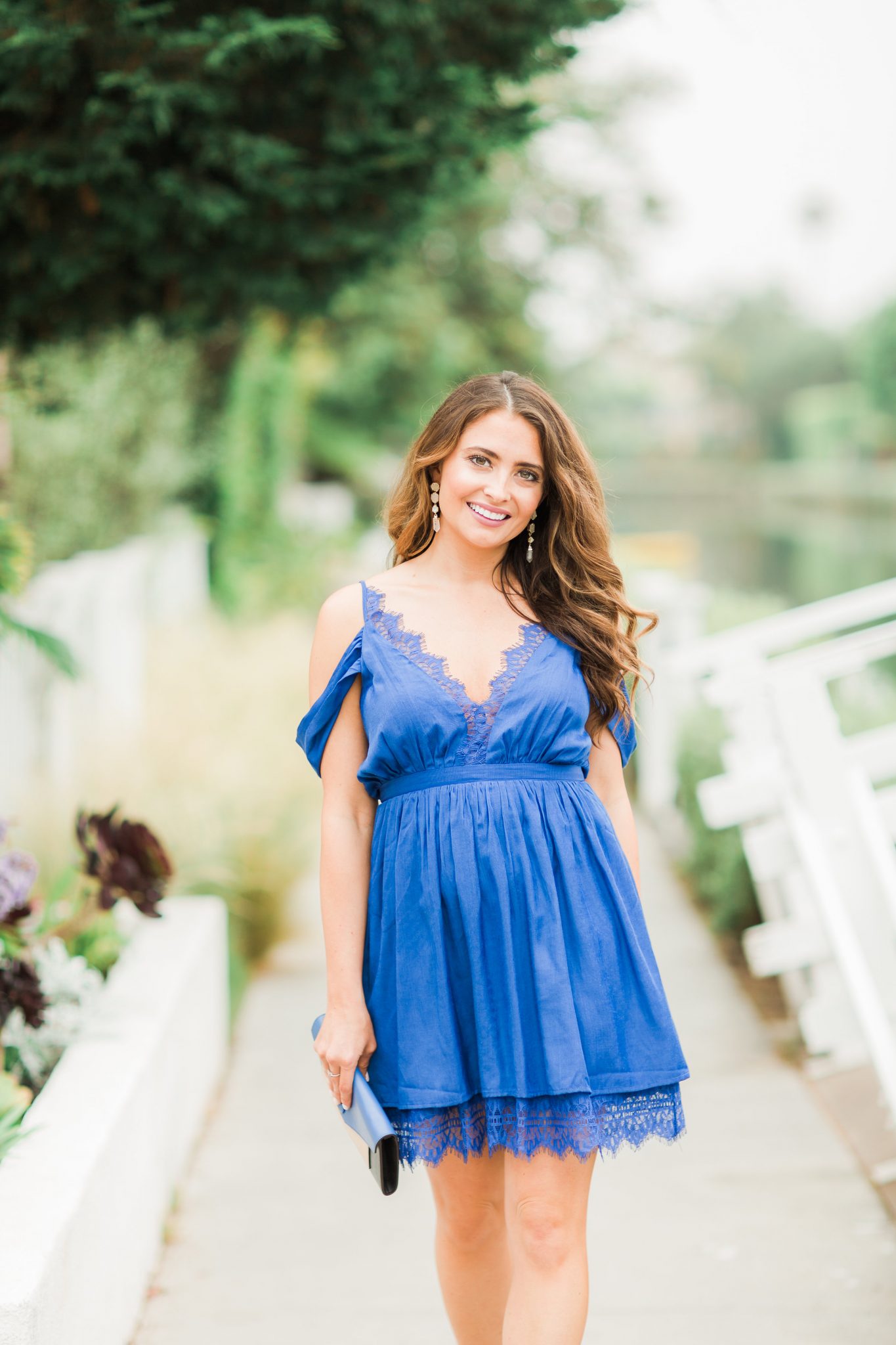 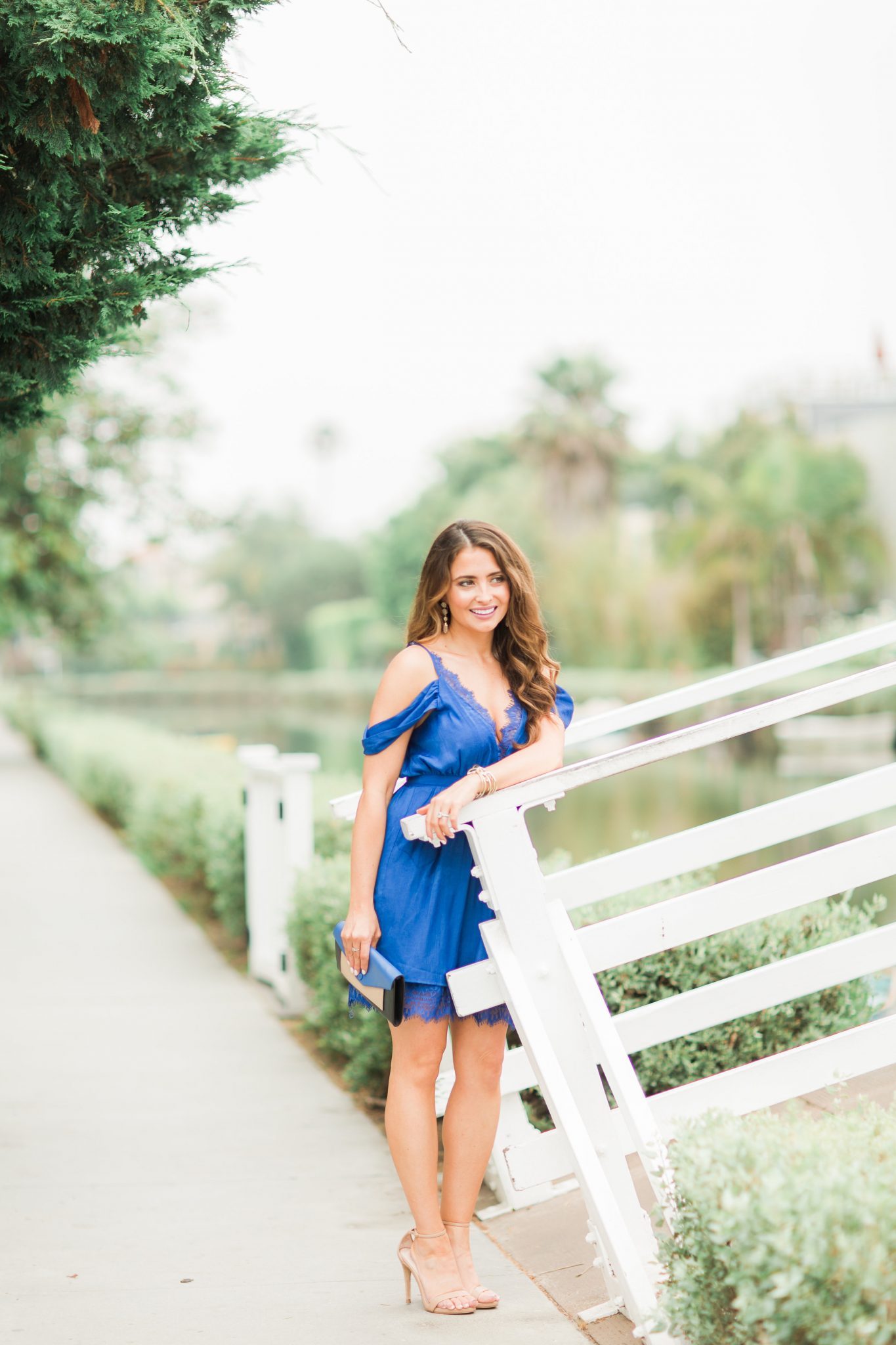 We have four weddings this fall (including our own, YAY!!) so I’m starting to think about what I want to wear to them. The weddings we are going to will be in Missouri so it’s a little hard to plan in advance because you never know what the weather will be like there. It could feel like fall in September, or it might be humid and 85 degrees. At the bottom of this post, I’m sharing some dresses that would be great to wear to a wedding. 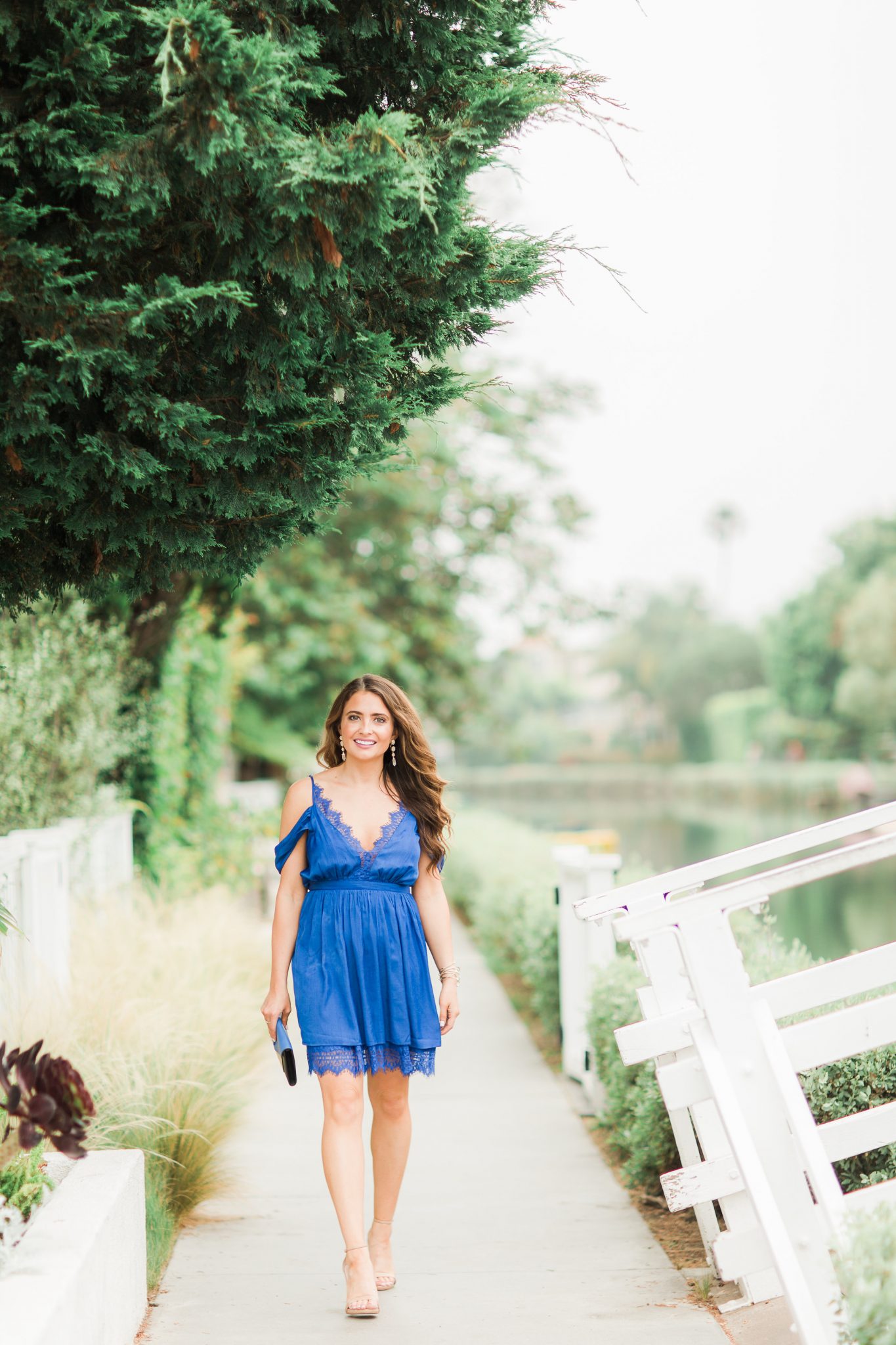 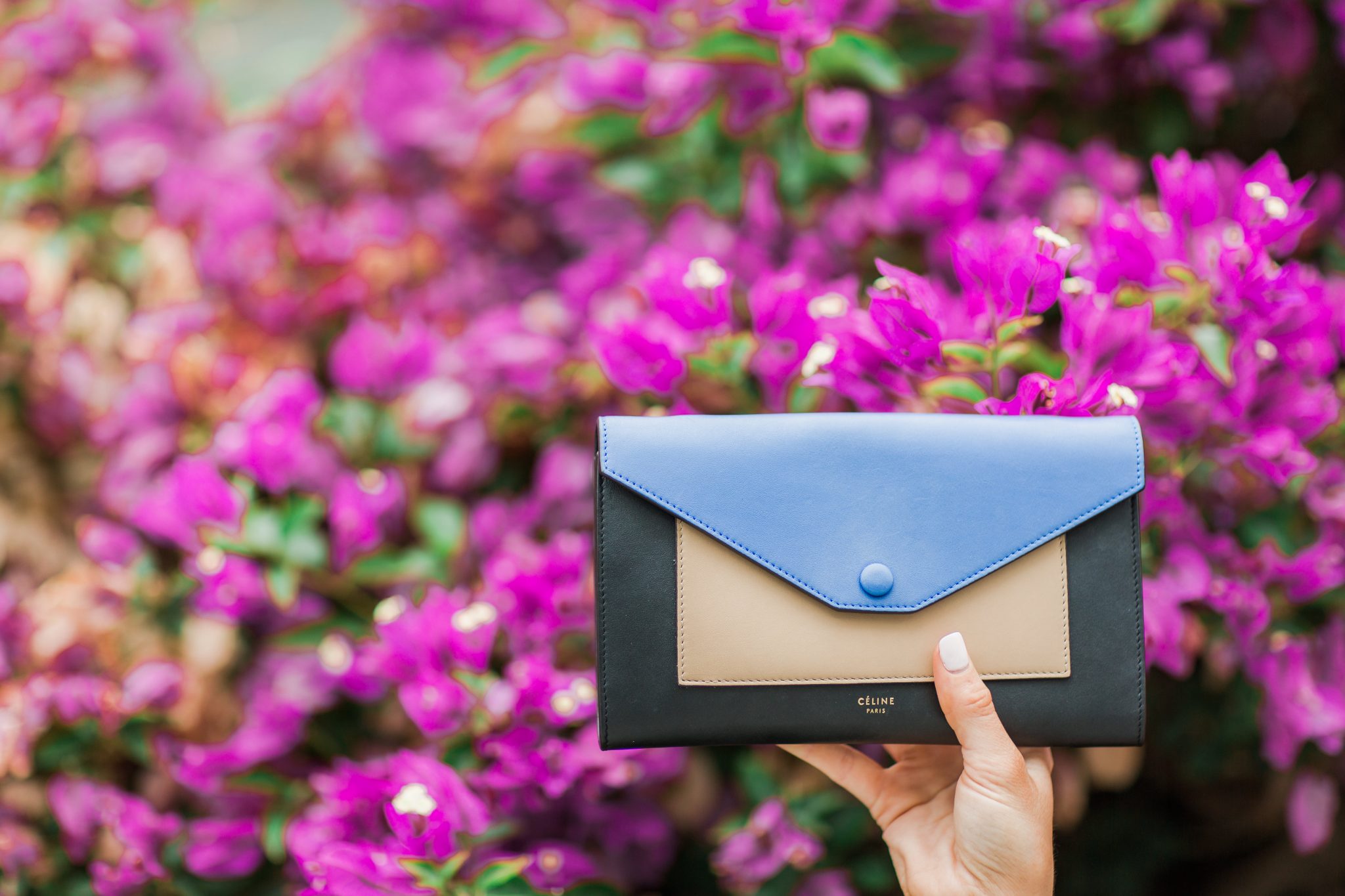 The nude heels I’m wearing are my go-to wedding shoe. It seems like everyone else thinks so too because all my friends and I compared our shoes at the last wedding we were at, and everyone had on a variation of this shoe. Is anyone else getting excited for all of the fall weddings? I know I am, but it will be a bit crazy! I’m already looking forward to next year’s wedding season when we will be married and hopefully a little less stressed. By “we”, I really mean “me”. I don’t think my fiancé is stressing about our wedding details.

Thanks for reading! Your support means the world!

Shop the look and other dresses to wear for the upcoming wedding season here: