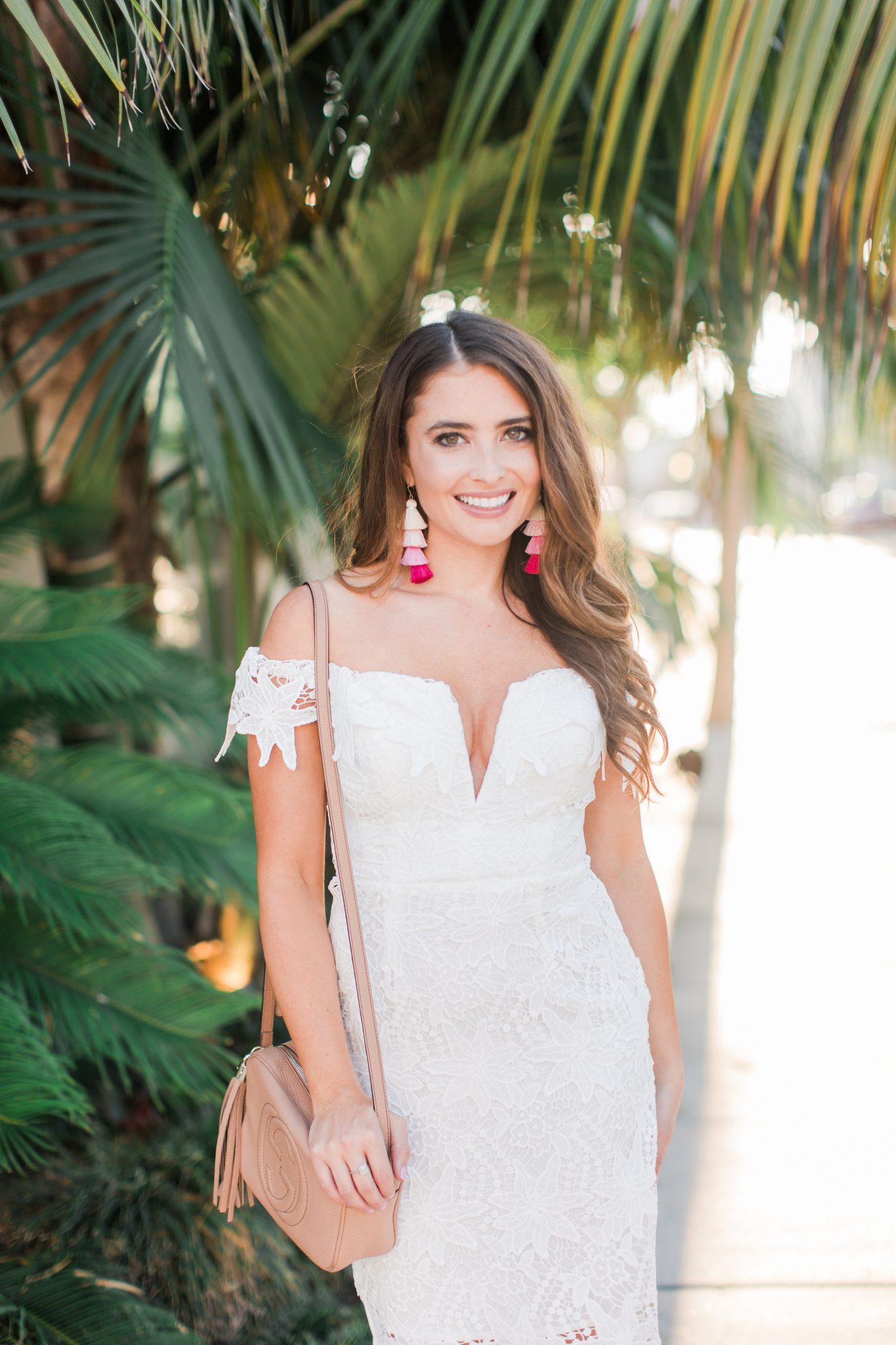 Happy #WeddingWednesday! Since I’m having to do a lot of research for my upcoming wedding, I thought I should share all of my findings with you. When I had my bridal shower a few weeks ago, I searched the Internet for hours (not joking), to find the perfect dress for my wedding shower outfit. I ended up finding one at a boutique in St. Louis the night before my wedding shower and can’t find it online anywhere, but the dress I’m wearing in these pictures was my other top choice for my wedding shower outfit. It also comes in red, so if you’re not a bride-to-be, it would make the perfect wedding guest dress. 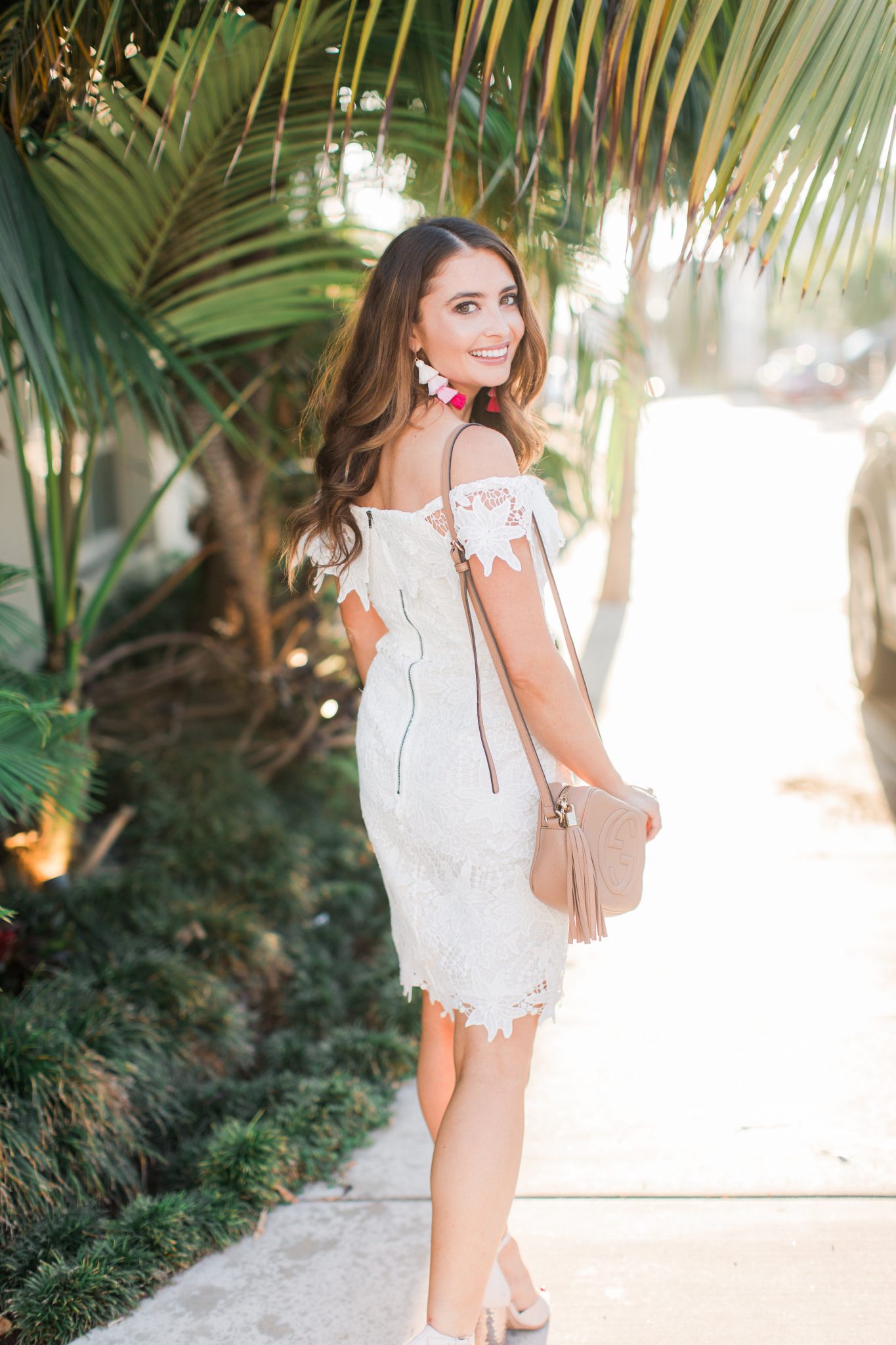 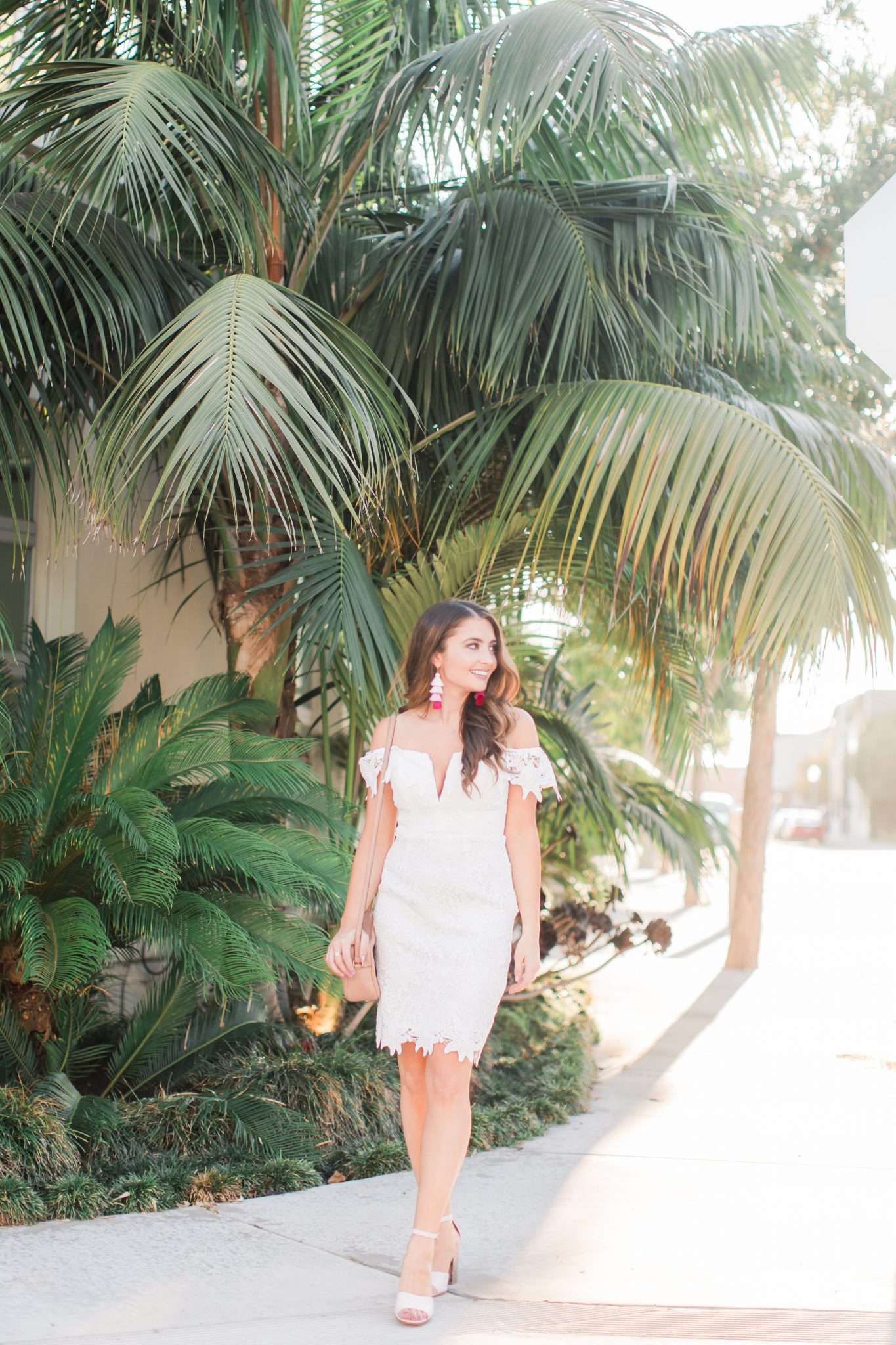 I was hesitant on having a bridal shower because I thought they might be boring, but I had the best time at mine, and it was great to get so many different people together. Weddings really do make you feel so loved. Since I moved far away from my hometown and don’t get back often, I had two bridal showers in one day. It was hectic but so much fun. We are still unloading all of our gifts. I can’t wait to share some of my favorites with you. Is it weird if my favorite so far has been an electric egg cooker? I eat hard boiled eggs for breakfast each morning, and I dread cooking them. I always overcook or undercook and the peeling process is a nightmare. My awesome egg cooker has a range of soft to hard boiled and beeps when it’s ready. Peeling was a dream too. I hope all of the people that laughed when they saw it on my registry read this. 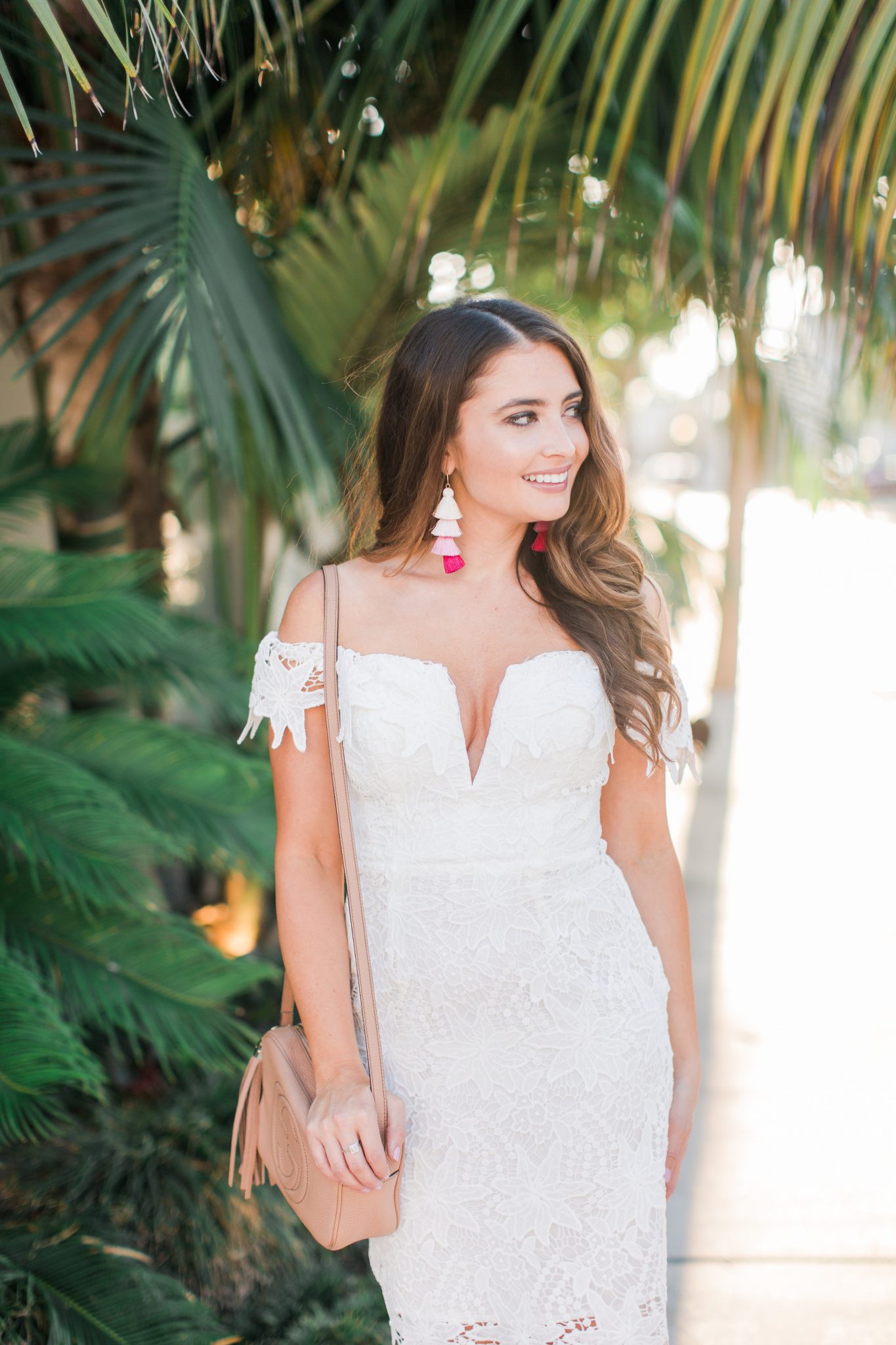 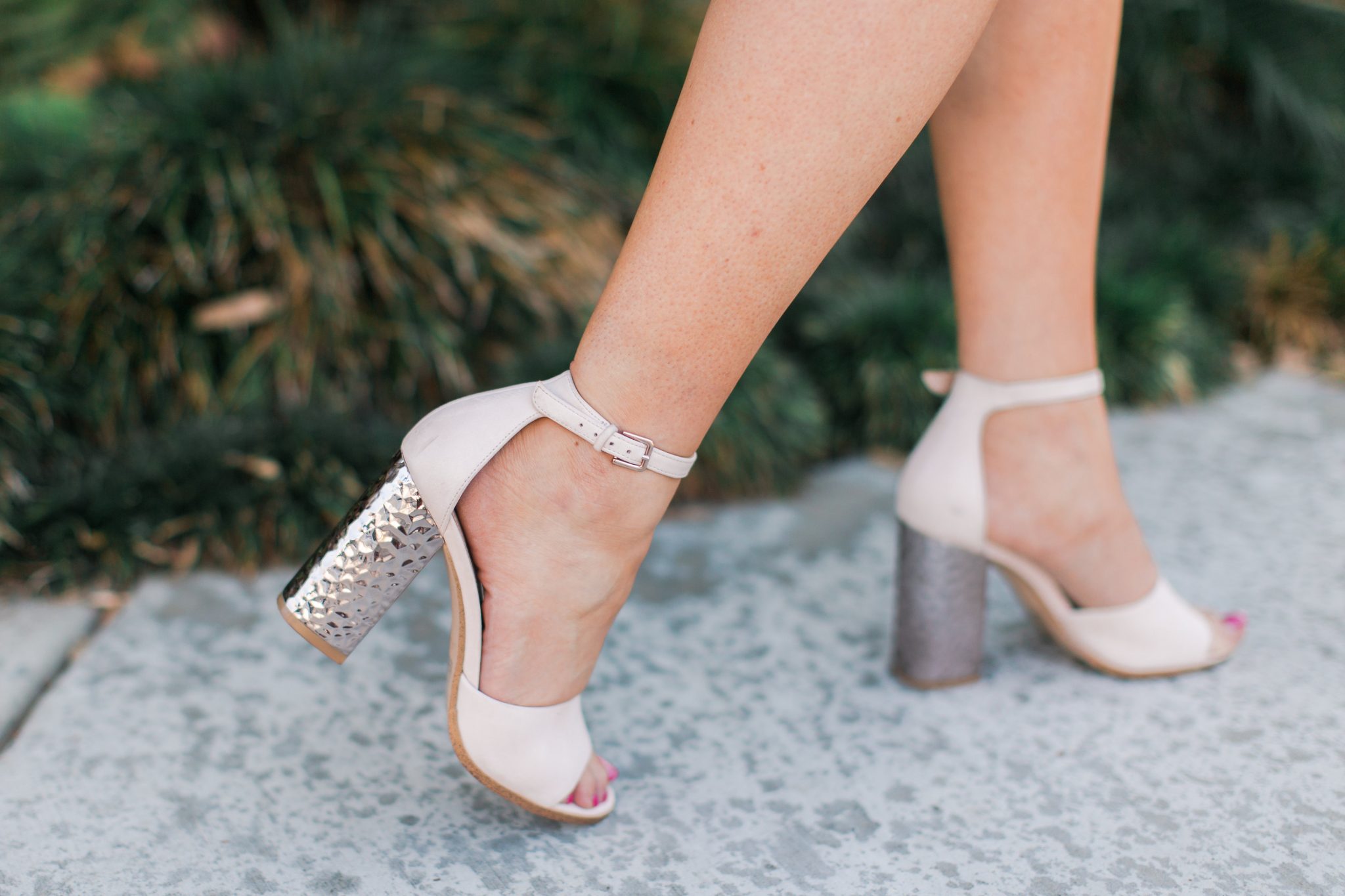 Since I didn’t wear this wedding shower outfit at my shower, I might need to save it for my rehearsal dinner. The deep v is the perfect amount of sexy and classy. I didn’t think it was too revealing, but it also didn’t give me a “uni-boob” as my sister would say. I’m loving this other OTS dress if you aren’t wanting to wear lace. Plus, it’s under $100. This take on the lace, OTS look is also soooo pretty! I love wearing white with fun pops of color. I’m definitely a pink girl so this tends to be what I accessorize with because I always buy it. I’m trying to branch out, I promise! I’ve worn my blush fringe earrings a lot so switched it up with these pink ombre ones. My blush heels matched the earrings perfectly. They’re on sale for under $50!

ASTR dress (also obsessed with this one, this one, and this one) | Fringe earrings (also available in more fun colors here) | Gucci bag | Aldo shoes (also come in black with a gold heel)

Shop some of my favorite white dresses here: