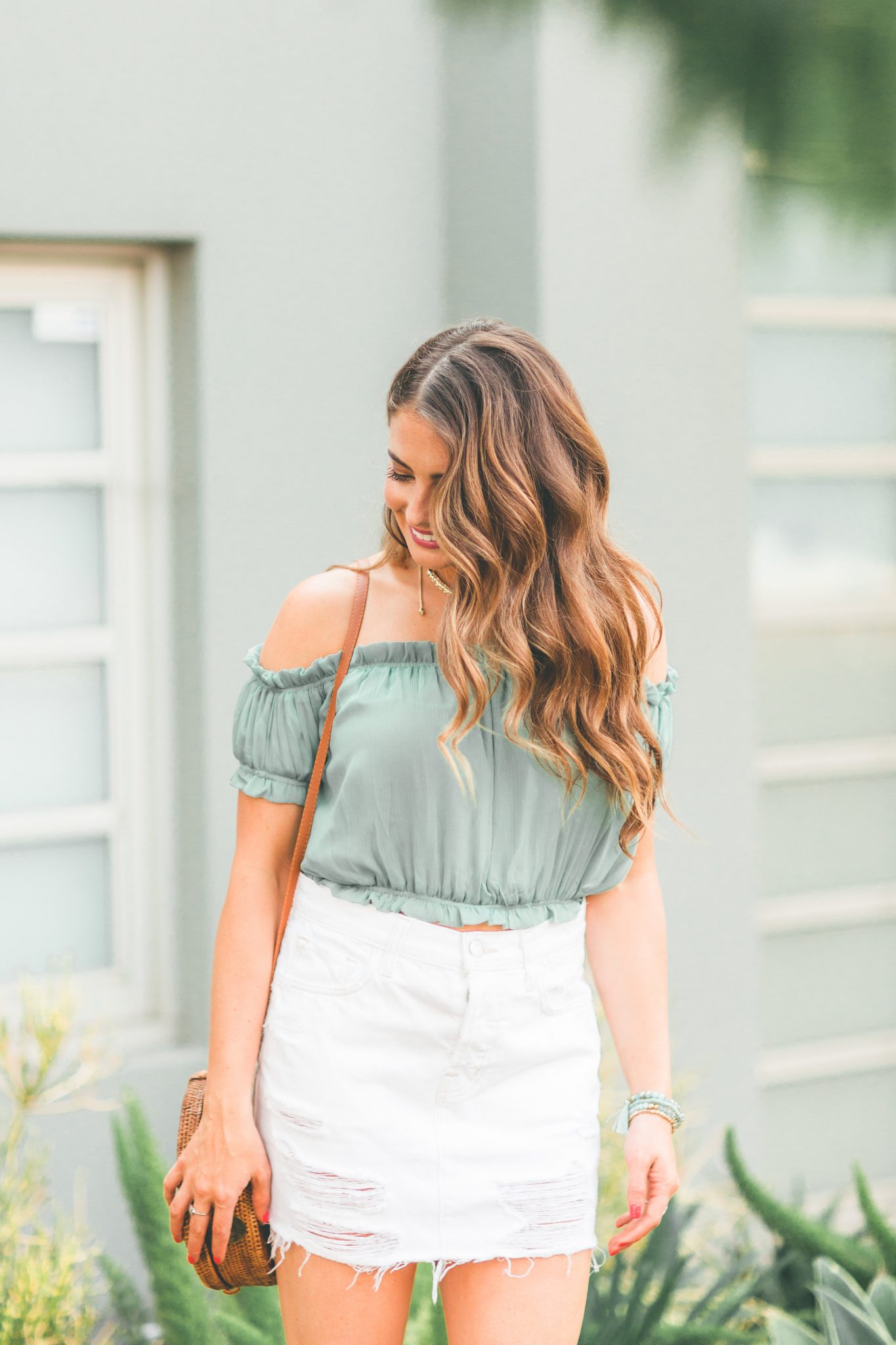 I hope you all had a wonderful weekend! I was in Missouri all weekend for my bridal showers and had the best time. Since I don’t get home often, we packed as many things as possible into our weekend. Friday, we picked out our wedding bands (I can’t wait to share them with you all!) and had a gender reveal party for Tyler’s sister. On Saturday, we drove two hours to my hometown for bridal shower number one, then we drove back to St. Louis for shower number two. I got to see so many people that I don’t see often so it was such a special weekend. The next time I see a lot of these people will be for the wedding which is INSANE.

I was wearing white all weekend and really hoping I didn’t spill on myself because my track record with white outfits isn’t very good. While we’re on the topic of white, I have been loving a good white denim skirt lately. Since denim skirts made their comeback, I decided I needed them in as many colors as possible because they were greatly missed. I’m linking this white denim skirt and some others I love at the bottom of the post. 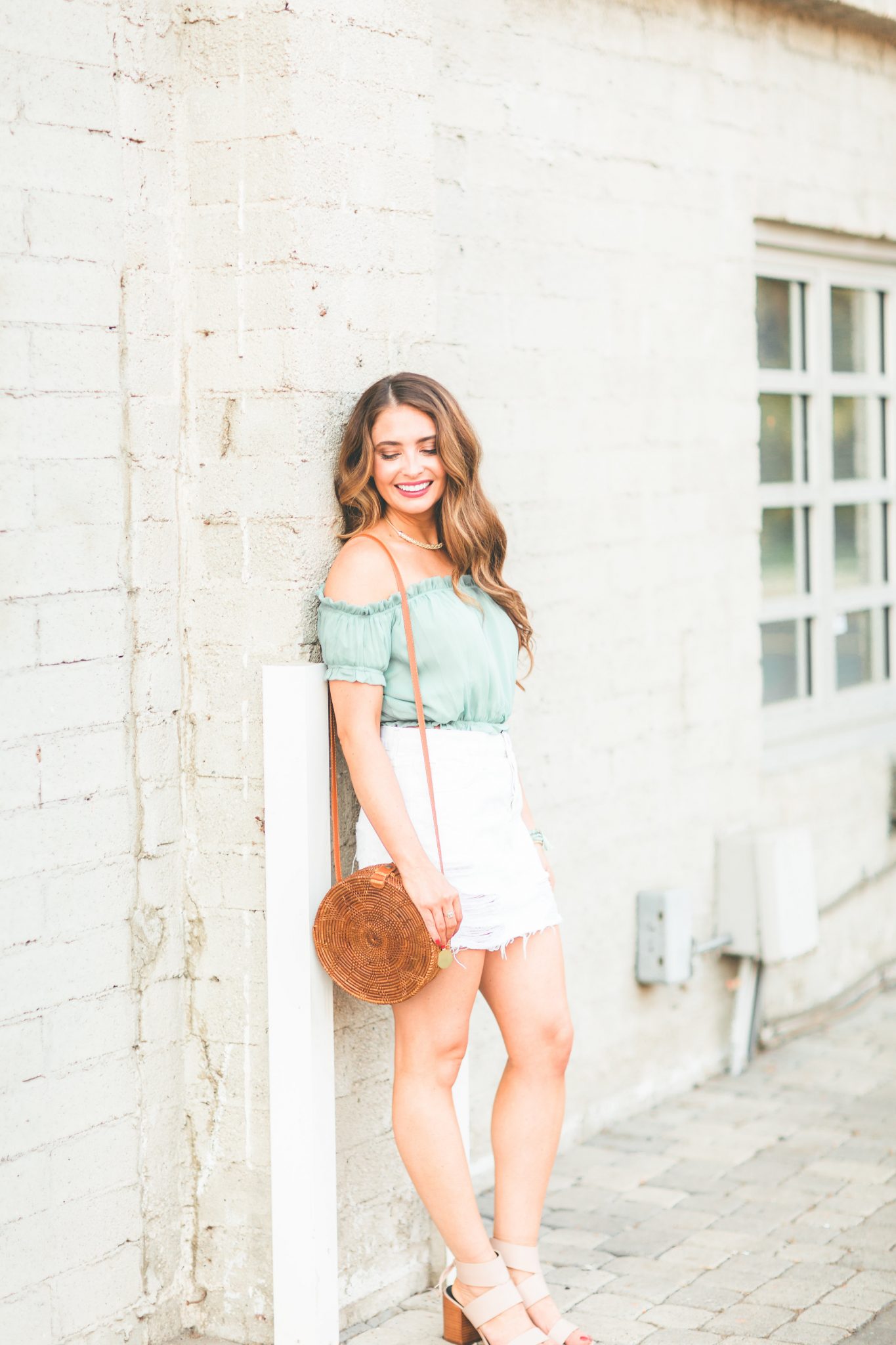 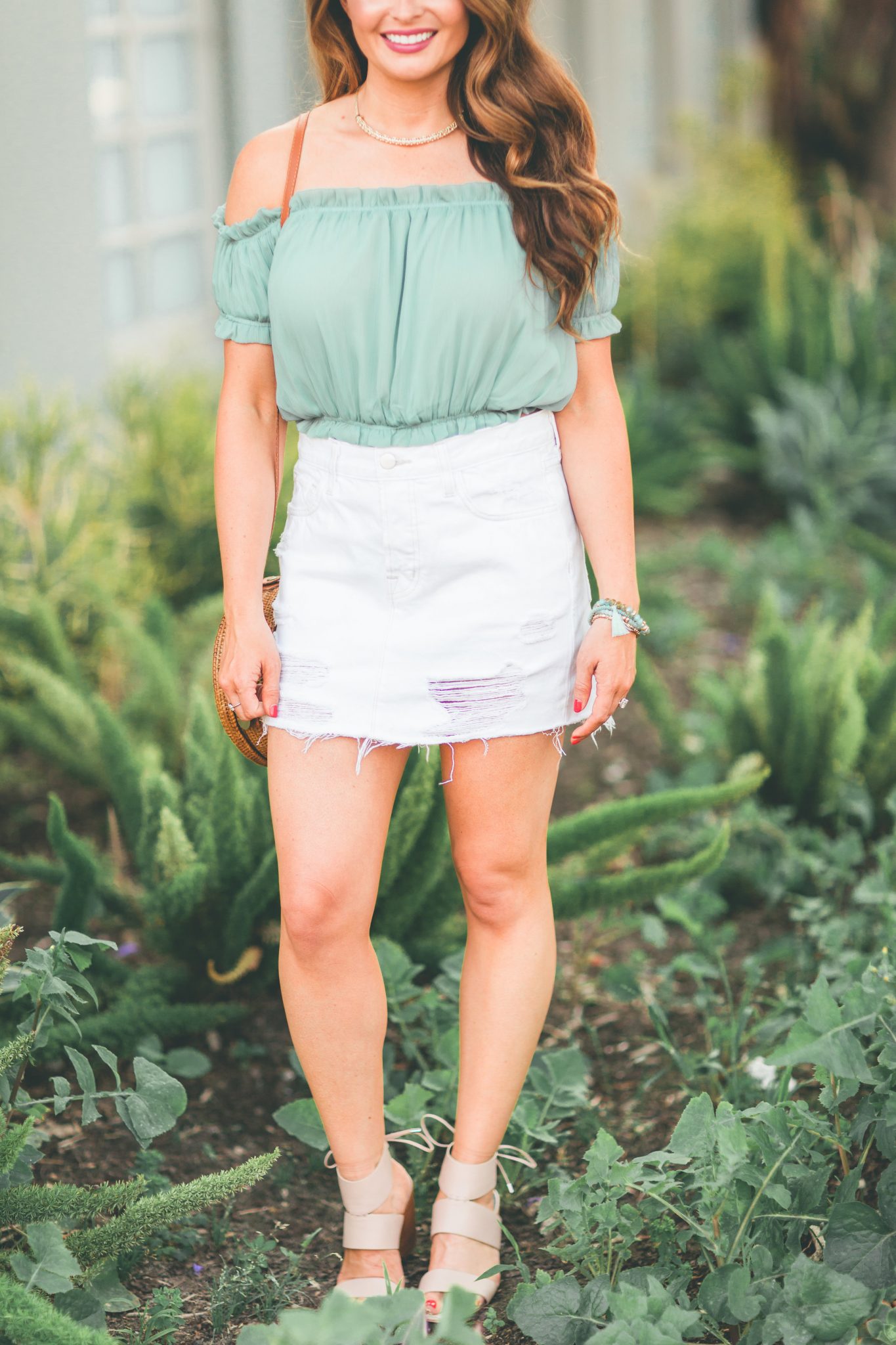 I love a good white denim skirt for summer, but I also think they will be really cute for fall paired with a chunky sweater and booties. Thankfully, I don’t think many people believe in the no white after Labor Day rule anymore. I wear white jeans year-round, and now I can add the white denim skirt to my fall outfit rotation. 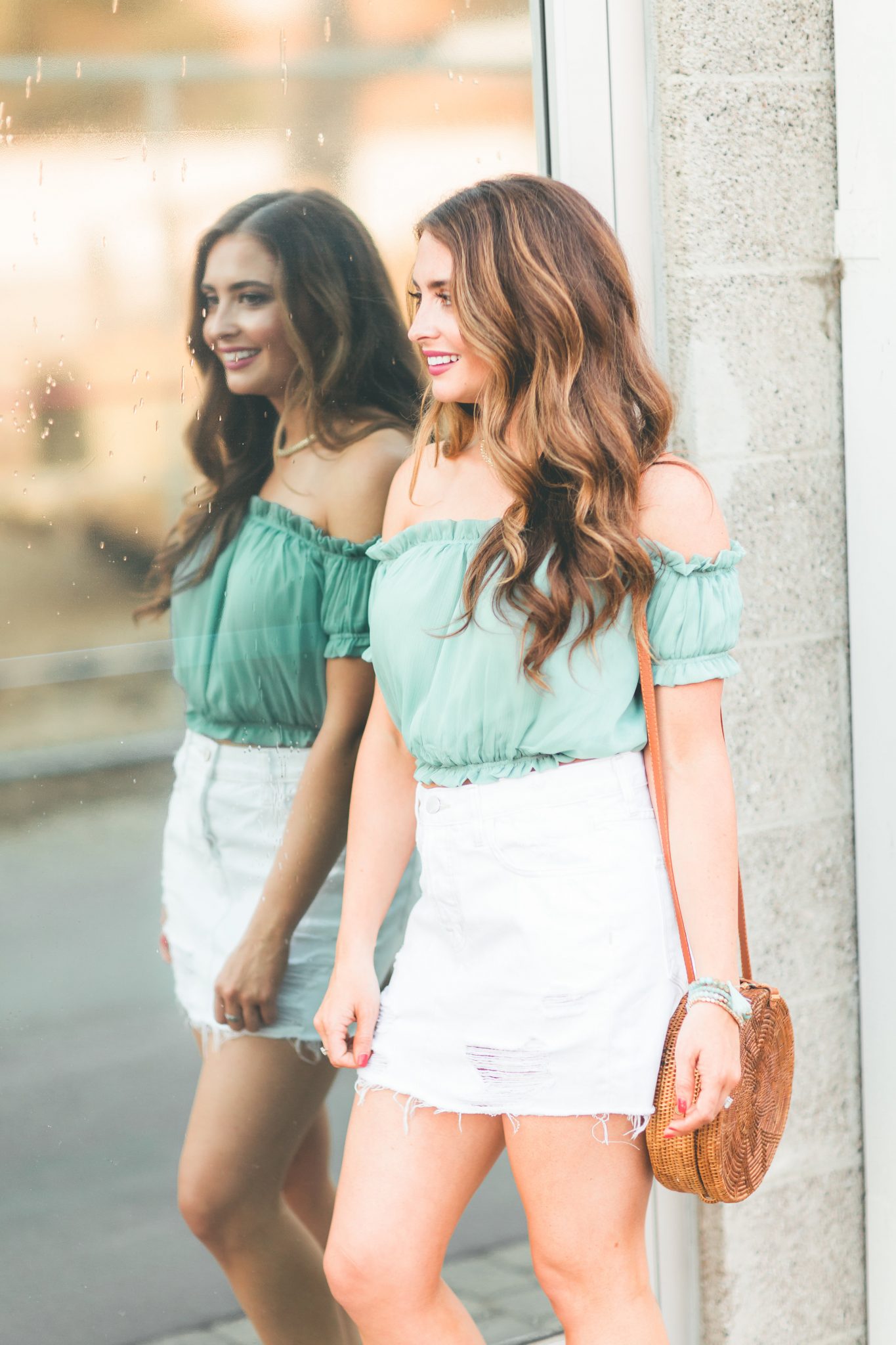 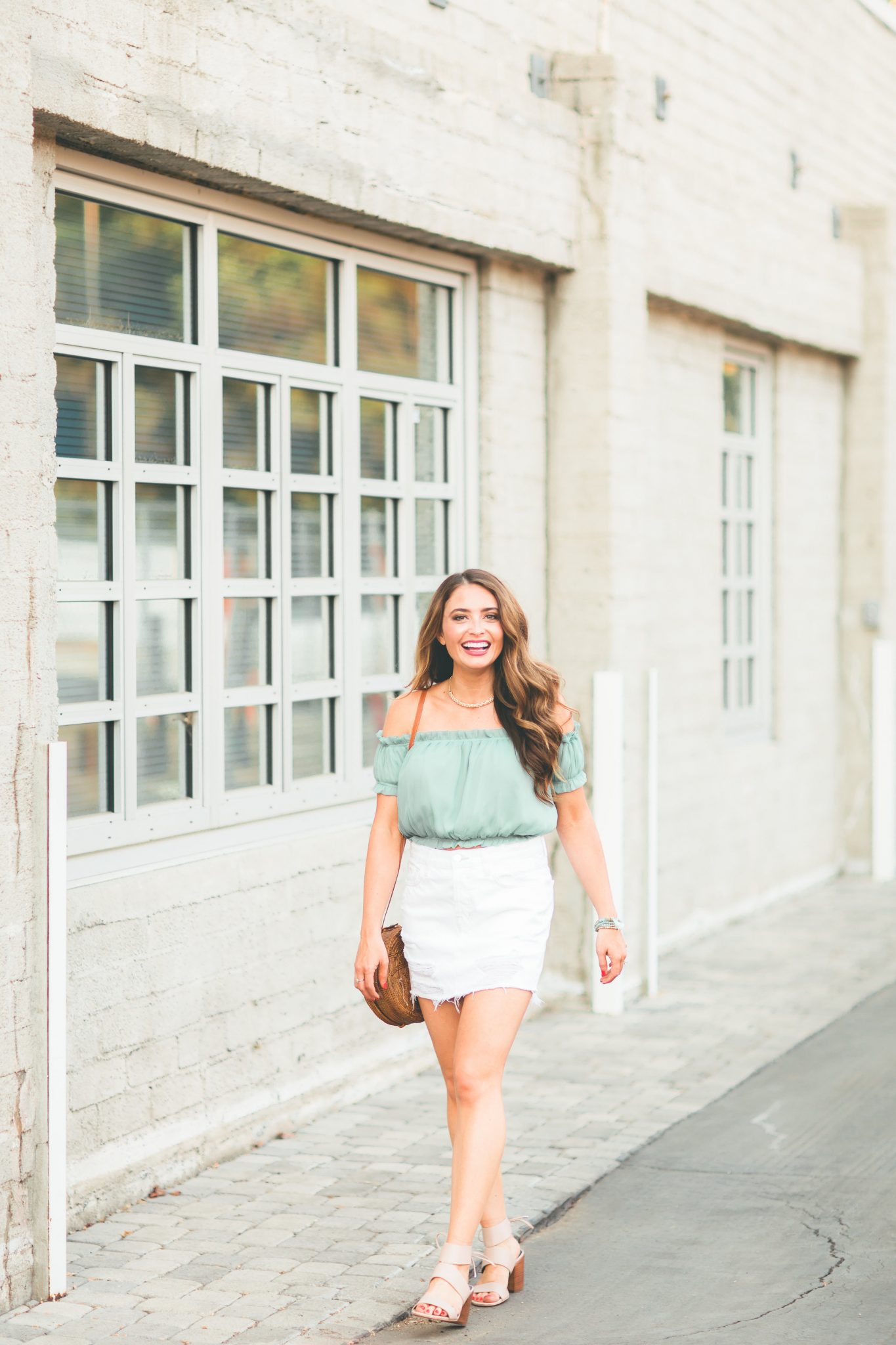 I haven’t been able to get enough of off the shoulder tops this summer. I love this one because it’s cropped at the perfect spot to not show too much tummy but also not need to be tucked in. It would also look really with cut-off shorts or white pants. 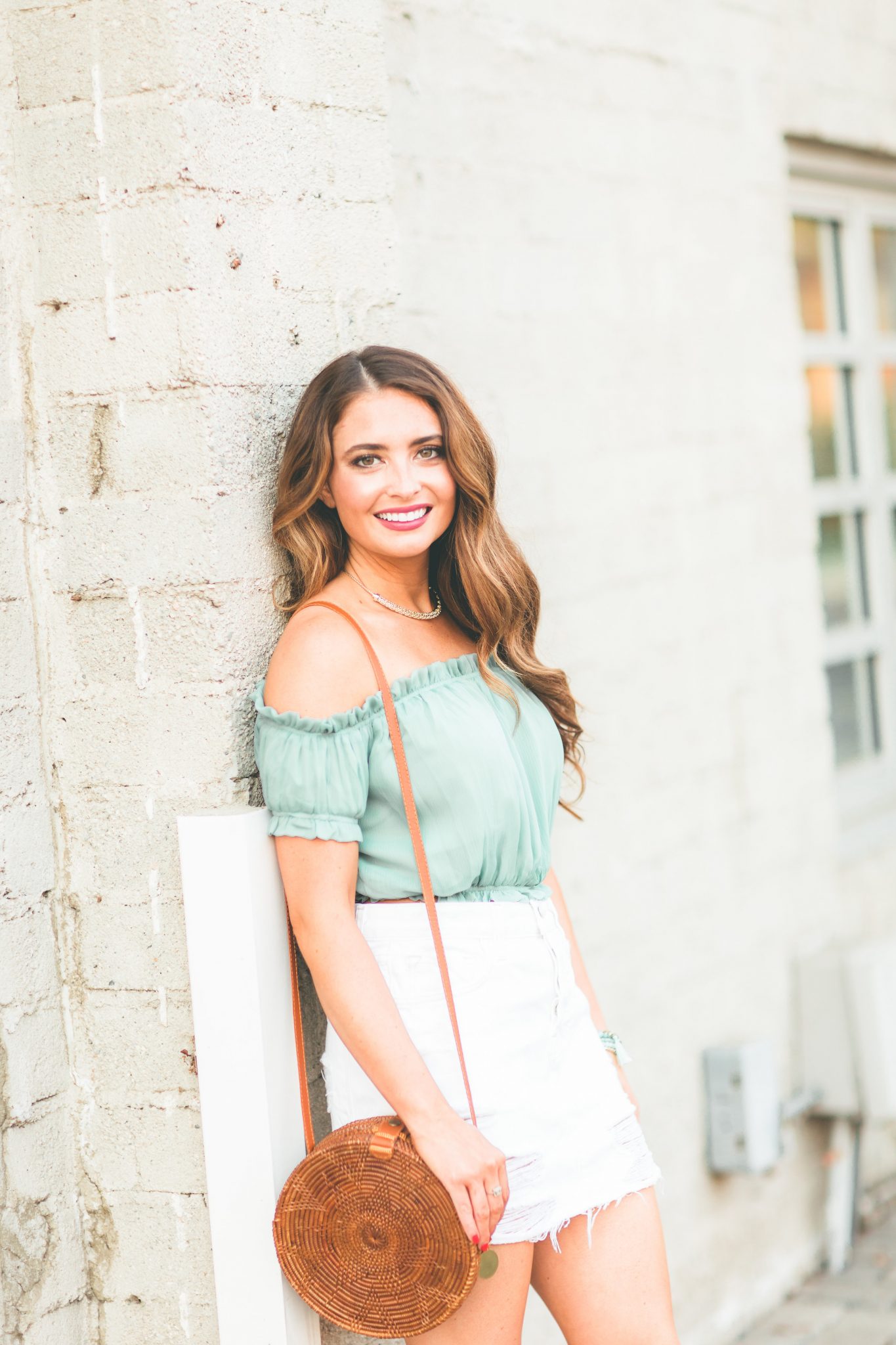 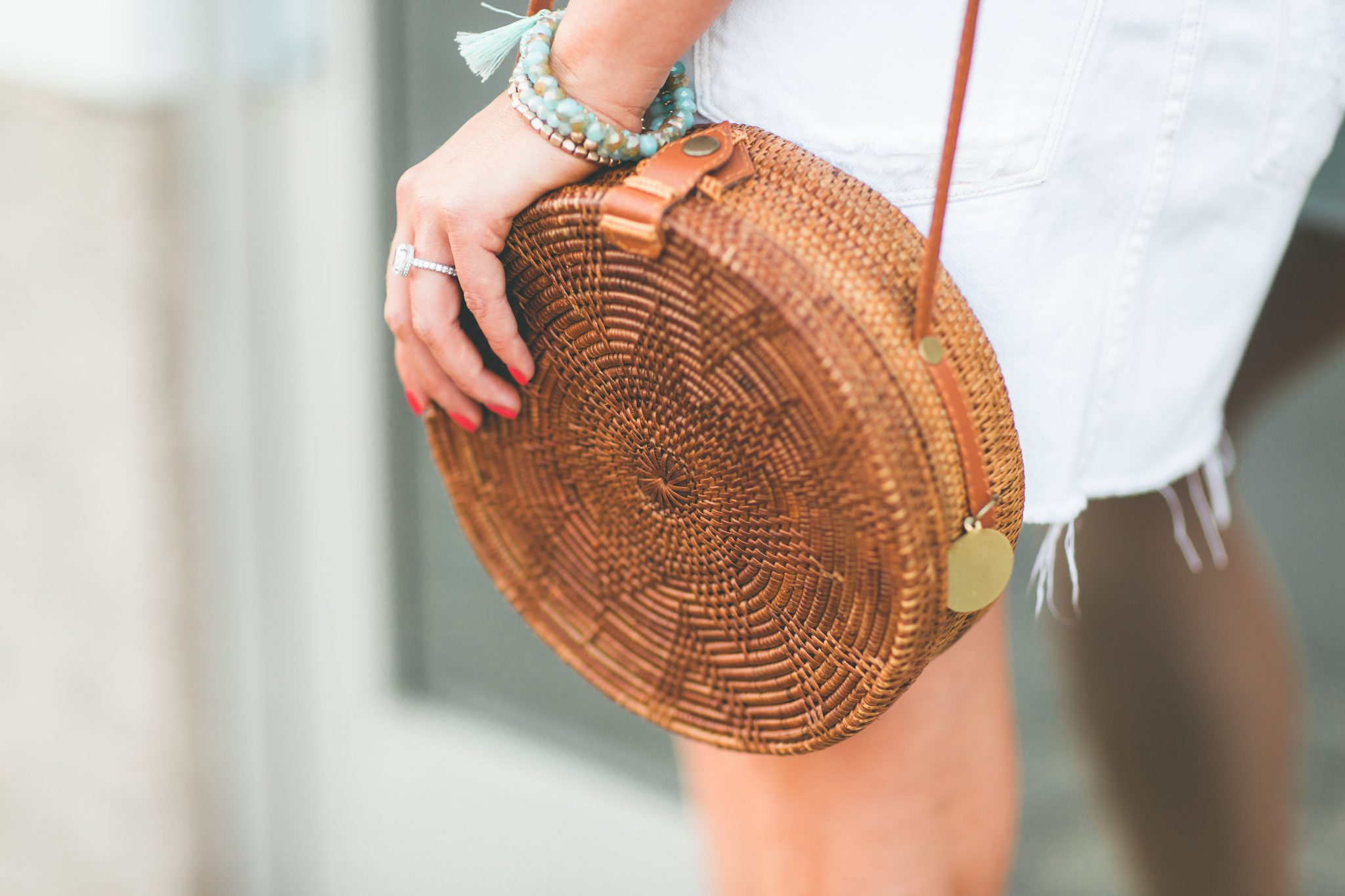 I’ve said it before, but I love this rattan bag. It holds a lot and matches everything. The Kendra Scott choker I’m wearing is a little thicker than a lot of the other chokers I wear so I think it’s good when you have a plainer top and want something that stands out more. These Rebecca Minkoff shoes are SO comfortable. They’re the perfect heel height, unless you are petite and hanging out with all your tall friends and need more than three inches which does happen to me occasionally. They also come in white and black. I’ve been tempted to buy the black because of how much I love the nude.

Thanks for reading! Your support means so much!

Shop the outfit and some other white denim skirts I’m loving here: